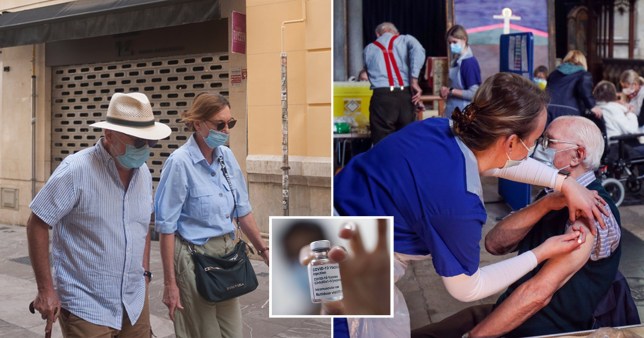 Travellers who have received both jabs could need fewer tests after returning from low-risk countries and may not have to quarantine (Picture:PA/Getty)

People who have had both doses of the coronavirus vaccine could avoid quarantine measures under Government plans to restart international travel, it has been reported.

Boris Johnson is expected to announce on Monday the return of foreign travel with restrictions based on a traffic light system that rates countries as red, amber or green based on Covid infection rates, vaccination levels and the prevalence of variants.

Vaccine hesitancy across parts of mainland Europe could mean that traditionally favoured continental destinations among British holidaymakers are deemed more high-risk than the likes of the US, Israel and the Gulf states, where vaccination rates are good.

Overseas holidays are currently banned due to the UK’s coronavirus lockdown measures, but the prime minister plans to make an announcement on Easter Monday about lifting restrictions in England.

The Telegraph reported those returning to the UK will be expected to have pre-departure Covid tests regardless of their vaccination status, according to plans from the Government’s global travel taskforce.

But travellers who have received both jabs could need fewer tests after returning from low-risk countries and may not have to quarantine for 10 days following stays in medium-risk countries, the paper added. 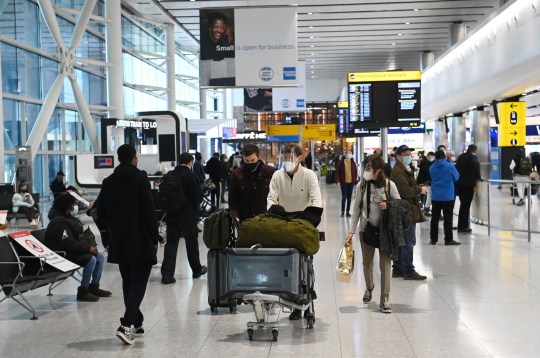 The prime minister is expected to announce a new traffic light system next week (Picture: EPA)

It comes after the Times reported on Friday that travel to and from red-list countries will be banned, although the Sun newspaper said at the time those arriving back in the UK from such destinations will have to pay to stay at quarantine hotels, as is the current set-up for the worst affected countries.

Both newspapers said green-listed countries would be exempt from quarantine measures.

Any restrictions could put further pressure on Britons to shun international travel in favour of a domestic holiday, amid concerns leaving the UK could increase the risk of introducing mutant coronavirus strains.

Scientific experts have repeatedly said summer staycations should be encouraged over foreign holidays this year.