IRANIAN “death squads” are operating in the UK with plots to kidnap and kill Brits, MI5 has warned.

Spy chief Director General Ken McCallum revealed there had been at least 10 potential plots “to kidnap or even kill” British citizens and dissidents seen as enemies of the Tehran regime. 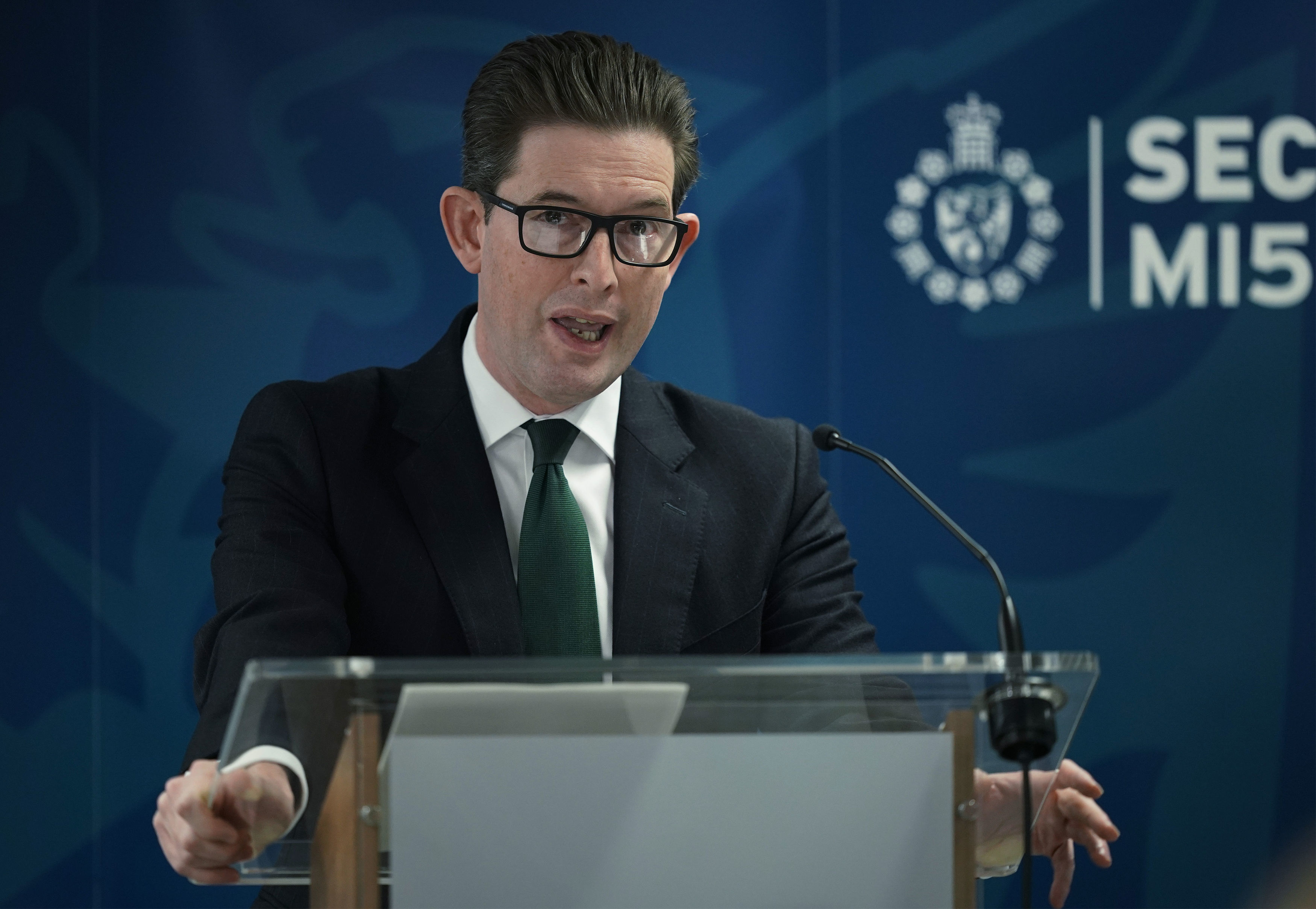 MI5 Director General Ken McCallum revealed there had been at least 10 potential plots by Iran to ‘kidnap or even kill’ BritsCredit: PA

MI5’s warning comes just days before England are due to play Iran in the World CupCredit: Getty

His warning comes days before England are due to play Iran in their World Cup opening group game in Qatar.

Mr McCallum said in his annual threat assessment speech, that Iran was “the state actor which most frequently crosses into terrorism.”

The Security Services boss added that the current wave of headscarf protests in Iran had asked “fundamental questions of the totalitarian regime.”

He said: “Iran projects threat to the UK directly, through its aggressive intelligence services. 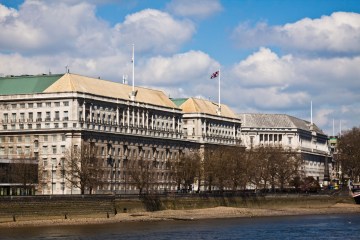 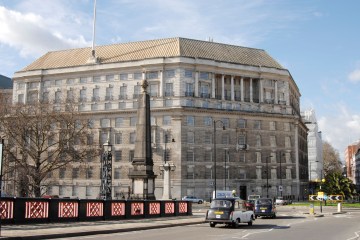 “At its sharpest this includes ambitions to kidnap or even kill British or UK-based individuals perceived as enemies of the regime.

“We have seen at least 10 such potential threats since January alone.”

Mr McCallum used a football analogy, to say “Iran will only let people support one team and is prepared to use violence against those who don’t toe the line.”

The chief spook pointed to Iranian support for Russia in Ukraine. He added of the war: “The human cost is sickening. But Putin is not winning.”

Mr McCallum said united efforts had led to more than 600 Russian officials being booted out from Europe – of which 400 were believed to be spies.

“This has struck the most strategic blow against the Russian intelligence services in recent European history,” he added.

Mr McCallum revealed that since then over 100 Russian diplomatic visa applications had been refused on national security grounds.

Continuing with the soccer theme, the MI5 boss said we “need to be clear about the opponents we’re facing.”

He went on: “Russia thinks nothing of throwing an elbow in the face, and cheats to get its way.

“We’ve had success in getting some of their players sent off, and for now they’re a bit distracted by the blame game in their own dressing room… but they will keep attacking us.”

Mr McCallum said of the threat to the UK’s defence posed by China: “The Chinese authorities present a different order of challenge.

“They’re trying to re-write the rulebook, to buy the league, to recruit our coaching staff to work for them.”

He said MI5 “was alive” to Russia, China and Iran working together by “loaning players to each other, amplifying their strengths.”

He further revealed that police and security services had disrupted eight “potentially deadly” late-stage plots since last year – both Islamist and extreme right-wing.

It brings the number of foiled terror plots up to 37 since 2017.

Three-quarters of MI5’s current terrorist caseload is dedicated to preventing Islamist-inspired plots – and the remainder comes from the far right.

Neo-Nazis were seeking to acquire weapons such as homemade or 3D-printed firearms, he said.

He said children as young as 13 were coming under the influence of “the confused soup of hate” from right-wing extremist influencers on social media. 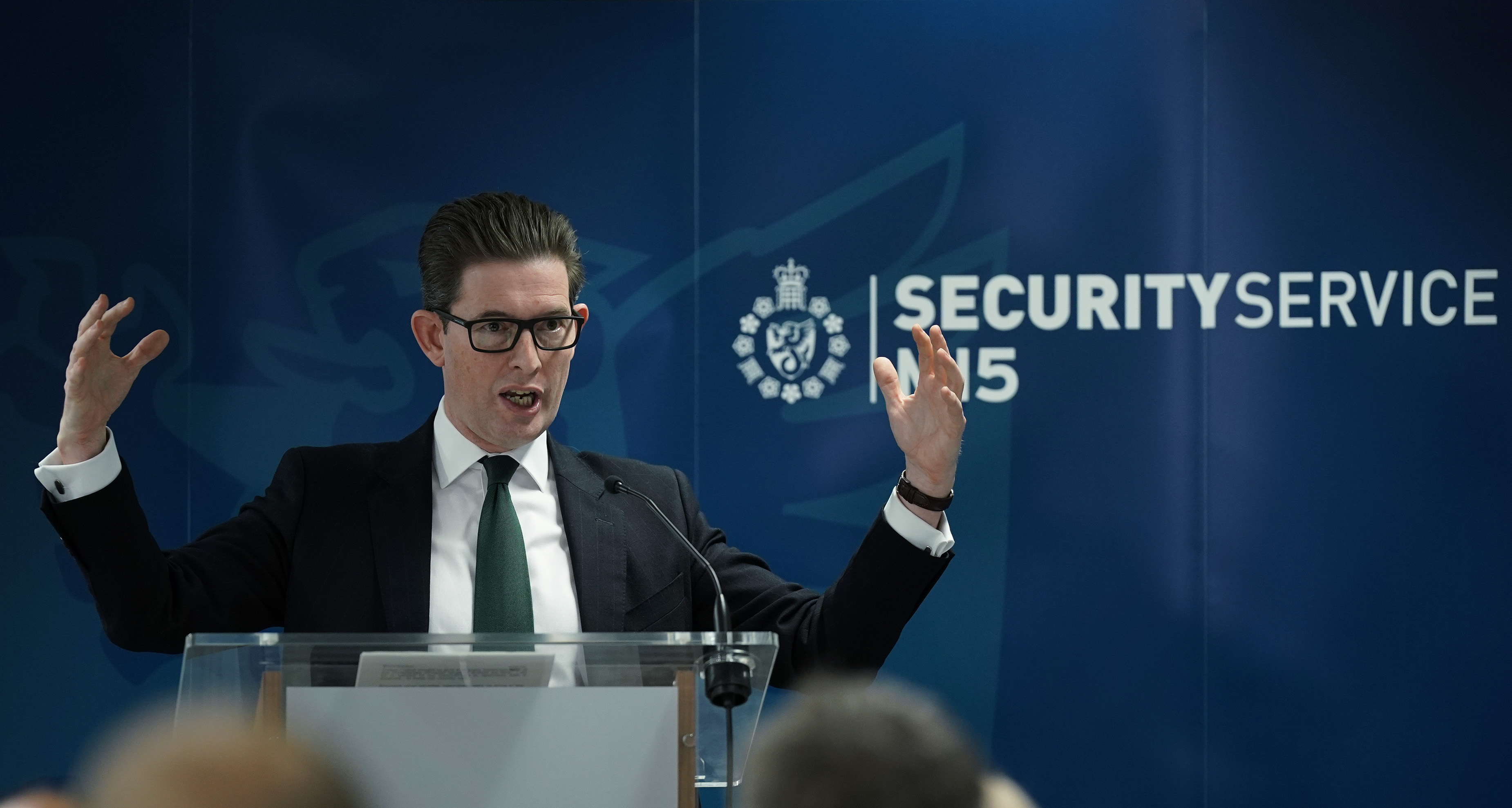 The MI5 boss also warned of threats from both Russia and ChinaCredit: PA