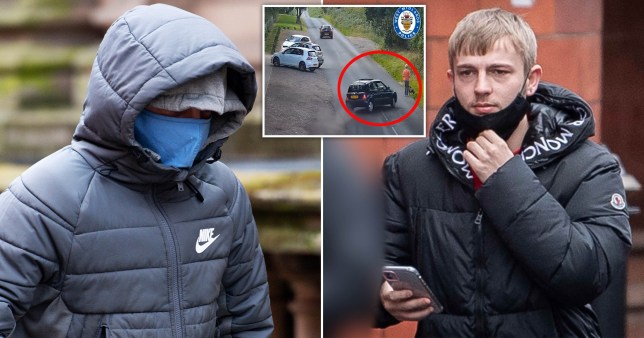 A young, unlicensed driver who slammed into a dog-walker and killed her beloved pet Millie has been told to prepare for jail.

Kallum Aish was 17 when he lost control of his Renault Clio and ploughed into Patricia Faulkner and her eight-year-old Staffordshire bull terrier on July 22, last year. She needed stitches and broke her leg.

CCTV footage of the crash, released in the aftermath by police, shows a group of youngsters running from the scene after Ms Faulker was badly injured on the outskirts of Birmingham.

She was thrown over a hedge in Doe Bank Lane, Great Barr after the blue Renault lost control in a cloud of tyre smoke. Footage shows it crossing the carriageway and hitting Ms Faulkner on the opposite side of the road, before disappearing into undergrowth.

A car in front, which braked heavily when the crash happened, stopped and some of its passengers ran from the scene.

Aish, who is now 18, appeared at Birmingham Crown Court on Tuesday, after previously admitting six offences – causing serious injury by dangerous driving, criminal damage, failing to stop after a crash, driving while unlicensed, uninsured, and possession of cannabis.

The judge, Mr Recorder Green, told Aish his case was being adjourned for reports, given his age.

But he warned the defendant: ‘Be under absolutely no illusion.

‘This is a serious offence that you have admitted and a prison sentence or sentence of detention, depending on what is appropriate given your age, is likely.’

Aish wore a grey coat, a face mask and carried a drawstring JD sports bag as he sat in the dock flanked by a security officer. 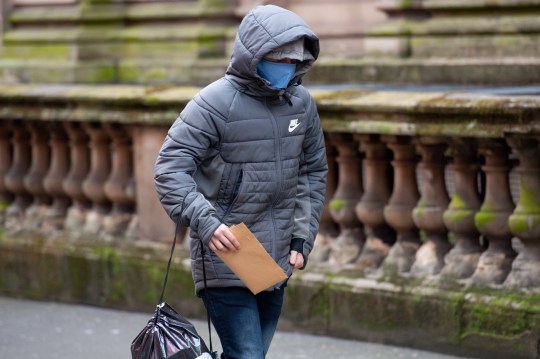 The judge continued: ‘I am adjourning for a report because of your age so the judge that sentences you is fully equipped with all of the context behind this serious matter, in order to determine both the right type of sentence and its length.

‘Please do not infer by the adjournment that you can expect anything other than a sentence of detention.’

Aish, from Kingstanding, Birmingham, was conditionally bailed to appear back at the city’s crown court on April 16.