Russia told the residents of Mariupol to ‘lay down your arms’ by tomorrow morning (Picture: PA/Reuters)

Russia has been accused of forcibly abducting and deporting thousands of citizens of Mariupol, as fears that captives are being shipped to forced labour camps.

The Foreign Secretary Liz Truss said she is ‘appalled’ by the unverified reports, which have sparked comparisons with the conduct of the Nazis during World War Two.

Mariupol has been battered by air strikes and fierce fighting – but on Sunday Russia issued an ultimatum calling on the city’s residents to lay down their arms.

Ukrainian MPs have claimed that Moscow deported some citizens to ‘distant parts of Russia’ to work without payment.

Ms Truss condemned the ‘Russian atrocities’ in the south-eastern port city, pledging that President Vladimir Putin would be ‘held to account’.

She tweeted: ‘I am appalled by Russian atrocities in Mariupol, including attacks on schools sheltering civilians and the abduction and deportation of Ukrainians.

‘Putin is resorting to desperate measures as he is not achieving his objectives. 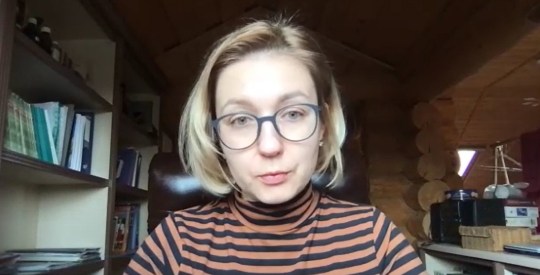 ‘Putin and his regime will be held to account.’

Ukrainian MP Inna Sovsun said that, according to information being shared by the city’s authorities, her countrymen and women were effectively being forced into slave labour.

She told Times Radio: ‘The very logic of Russia right now is the logic of the Soviet Union and the logic of Nazi Germany.

‘It is a completely totalitarian state, and it is acting as one.

‘So, from what we know from the city mayor and the city council, is they are taking Ukrainian citizens.

I am appalled by Russian atrocities in Mariupol, including attacks on schools sheltering civilians and the abduction and deportation of Ukrainians.

Putin is resorting to desperate measures as he is not achieving his objectives. Putin and his regime will be held to account.

‘They are sending them through what are called the “filtration camps” and then they are being relocated to very distant parts of Russia, where they are being forced to sign papers (saying) that they will stay in that area for two or three years and they will work for free in those areas.’

It comes after Putin’s forces bombed an art school sheltering 400 people in the city.

That comes after a separate attack on a theatre in the city where more than 1,000 people were said to have been bunkered – it remains unclear how many survived.

Meanwhile, Russia called for the city to surrender, with Mariupol expected to falls into Russian hands.

Colonel-General Mikhail Mizintsev, the director of the Russian National Center for Defense Management, told the area to ‘lay down your arms’. 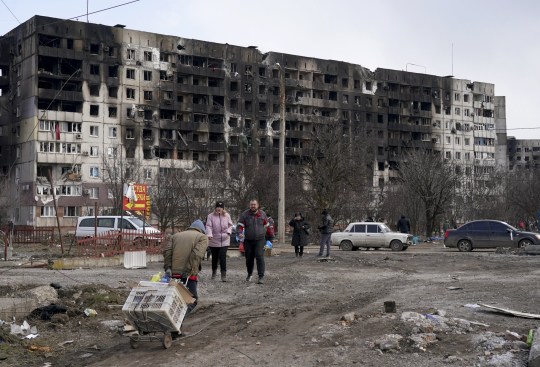 Mariupol has been battered in recent weeks (Picture: Getty Images)

‘A terrible humanitarian catastrophe has developed,’ he said.

‘All who lay down their arms are guaranteed safe passage out of Mariupol.’

Russia has been accused of firing on humanitarian convoys previously.

Among a string of baseless claims, Mizintsev said humanitarian corridors for civilians would be opened eastwards and westwards out of Mariupol at 10am Moscow time on Monday.

Ukraine has until 5 am Moscow time to respond to the offer on humanitarian corridors and laying down arms, he said.

Mariupol is in the throes of a humanitarian emergency after being encircled by Russian troops, cut off from energy, food and water supplies and facing a relentless bombardment.

Earlier on Sunday, Boris Johnson used his call with Volodymyr Zelensky to condemn the ‘abhorrent attacks on innocent civilians’ seen in Mariupol.