Ukraine war: Orphans set to arrive in London after battle to save them

The group are being taken up to Stirlingshire after a charity run by supporters of Hibernian FC stepped in to bring them to Scotland (Picture: SWNS)

A group of Ukrainian orphans are set to arrive safely in the UK today, after fleeing Vladimir Putin’s invasion of their homeland.

Some 50 youngsters, aged between two and 19, will fly from Poland to London with their carers before moving up to Scotland.

Hibernian Football Club supporters are behind the initiative – rubber-stamped by Home Secretary Priti Patel on Thursday – to get the orphans away from their war-torn home country to safety.

But there was an administrative battle to get the group, from Lviv, out of Poland – with their plight being raised in Parliament last week.

The travellers are being cared for by the Scottish charity Dnipro Kids, which was set up by supporters of the Edinburgh team after Hibs fans visited orphanages after a match against Dnipro FC in 2005.

Steven Carr, the chairman of the charity which led the evacuation efforts, said they were ‘just thankful and relieved that we are getting the kids to the safety of the UK, and to Scotland, at last’.

He added: ‘We’ve known these children and their carers for many years, and when they said they wanted to get out we were determined to help. 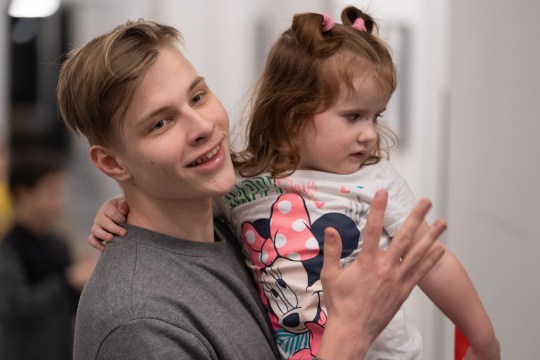 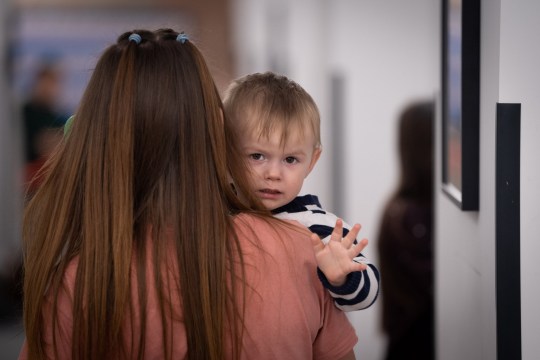 There had been red tape issues with getting the group to the UK from Poland (Picture: SWNS)

‘The assistance we have had from the other charities and organisations has been very important to us, and we wanted to place our thanks to them on the record.

‘It is also very important to us to place our thanks on record to the UK Government and to the governments of both Ukraine and Poland for their help, understanding and assistance.’

Mr Carr also praised the ‘unstinting work’ of SNP Westminster leader Ian Blackford, who raised the plight of the orphans in the Commons last week.

The Ross, Skye and Lochaber MP praised Dnipro Kids – set up 17 years ago after Hibernian supporters visited local orphanages – for the ‘extraordinary and uplifting story’.

He added: ‘As a Hibs fan myself, this has been a source of great pride and I was delighted and privileged to help.

‘It has been an at times arduous process but bringing these children to safety has been an absolute vindication of all the hard work. 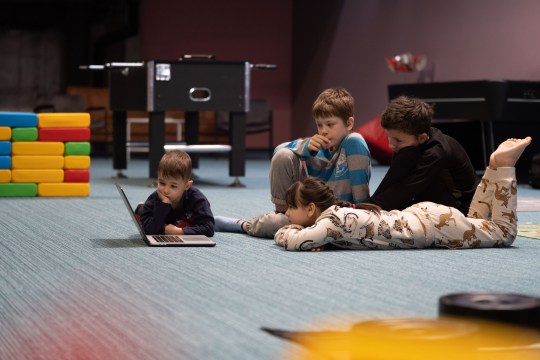 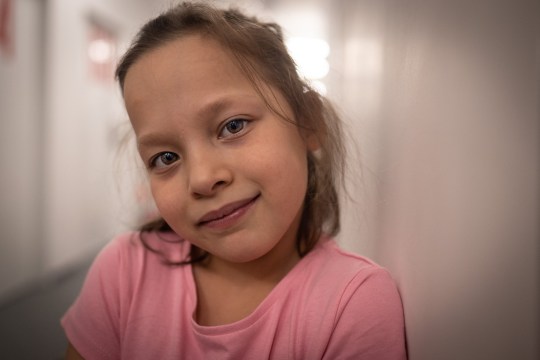 50 children will be taken care of in Scotland (Picture: SWNS)

‘They will head to Scotland where I know they will be enveloped in warmth and welcome.’

The youngsters are set to spend Tuesday on a sightseeing tour of London, before heading to Scotland on Wednesday.

They will be given a welcome meal at Hibernian’s Easter Road stadium before heading to ‘the peace and quiet of rural Stirlingshire’.


Mr Carr said: ‘We hope at that stage we can let them get on with life.’

He also thanked the Scottish Government, local councils and other organisations who had ‘stepped up’ to help the group.

‘Without all the help we’ve received, this would have been an almost impossible task,’ Mr Carr continued.

Mr Blackford added: ‘I am delighted beyond words that they will finally be here but I also hope this inspiring moment will be the start of a much bigger change that can ensure many more displaced children will also be able to find sanctuary in Scotland and the UK.’

“I love it when they try”