A US senator sparked outcry after calling for Russians to kill their leader (Picture: AP)

Boris Johnson said he does not want Russians to assassinate Vladimir Putin, after a US senator invited a ‘Brutus’ to deal with the Russian president.

Lindsey Graham, a Republican senator for South Carolina, said the only way for Russia’s invasion of Ukraine to end is ‘for somebody in Russia to take this guy out’.

‘Is there a Brutus in Russia? Is there a more successful Colonel Stauffenberg in the Russian military,’ he wrote on Twitter, referencing Marcus Junius Brutus, who took a leading role in the assassination of Julius Ceaser, and Stauffenberg, the German army officer who unsuccessfully attempted to kill Adolf Hitler.

‘You would be doing your country – and the world – a great service,’ he added.

Graham then said in a separate tweet: ‘The only people who can fix this are the Russian people. Easy to say, hard to do.

The only people who can fix this are the Russian people.

Easy to say, hard to do.

The comments sparked a furious backlash from the Russian ambassador to the United States, Anatoly Antonov, who said the remarks were ‘unacceptable and outrageous’.

‘The degree of Russophobia and hatred in the US towards Russia is off the charts,’ he said.

‘It’s unbelievable that a senator of a country that promotes its moral values as a ‘guiding star’ for all mankind could afford to call for terrorism as a way to achieve Washington’s goals in the international arena.’

American lawmakers on both sides of the house also responded with dismay, pointing out the danger in demanding the assassination of a leader whose troops are currently engaged in shelling nuclear plants. 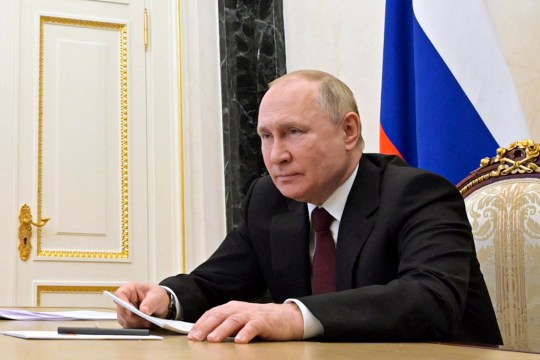 Nevertheless, Graham doubled down on his remarks in a Fox News interview on Friday, saying: ‘I’m hoping somebody in Russia will understand that he is destroying Russia, and you need to take this guy out by any means possible.’

The Kremlin hit back, with spokesman Dmitri Peskov questioning his sanity and suggesting he was drunk.

Russia’s Foreign Ministry also protested to the US ambassador in Moscow on Saturday, saying the failure of Washington to unambiguously condemn the remarks and take concrete measures ‘will have a further devastating effect on Russian-American relations’, already in tatters following Western sanctions against the war in Ukraine.

Boris Johnson has also weighed in on the row.

Asked if the PM agreed with Graham, his spokesman said: ‘No, we stand with the Ukrainian people in demanding the immediate end to the Russian invasion.

‘We’ve said before that Putin must be held (to) account in front of an international court for the horrific act he’s committed.’

Mr Johnson said in the House of Commons on Wednesday that the indiscriminate use of military firepower against civilians in cities including Kharkiv meant that Putin’s acts already amount to war crimes.

The chief prosecutor of the International Criminal Court has since opened an investigation into the allegations. Karim Khan said his office would see if there was evidence of war crimes, crimes against humanity or acts of genocide on both sides.

The investigation will be assisted by officers from the Metropolitan Police’s war crimes team. 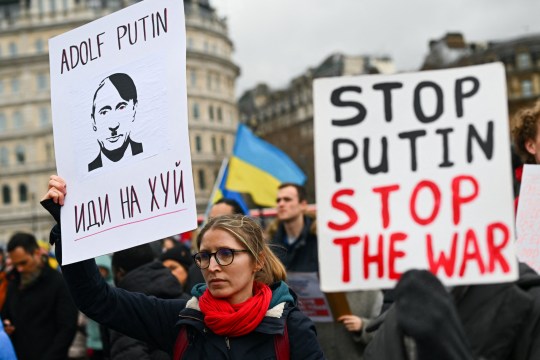 Commander Richard Smith, head of the Met’s counter-terrorism command, said that evidence of war crimes ‘could be in the form of direct messages, images or videos that friends or relatives here in the UK have been sent by those in Ukraine.’

Or, he said it could be ‘somebody who was previously in Ukraine and who may have witnessed or even been a victim of a war crime and has since travelled to the UK’.

However, former prime minster Gordan Brown has called for the investigation to go further. He called for the creation of a special tribunal modelled on the Nuremburg trials of prominent Nazis after the Second World War.

‘If we were to acquiesce in any way, none of us could ever take freedom or democracy for granted ever again,’ he said.

Meanwhile, a Russian businessman has offered a $1million bounty for the ‘arrest of Putin as a war criminal under international law’.

The International Criminal Court (ICC), which has 123 member states, prosecutes individuals responsible for the worst atrocities when a country is unable or unwilling to do so.

Neither Russia nor Ukraine are members of the ICC.

Moscow does not recognise the tribunal, but Ukraine signed a declaration in 2014 giving the court jurisdiction over alleged grave crimes committed on its territory after that date.