Ukraine’s President Volodymyr Zelensky has denied claims he fled the country to a neighbouring nation.

He has quipped that ‘now is not a time for cardio exercise’ as he slapped down rumours circulating online and in Russian and Chinese state media.

In a video message on his official Instagram page, Zelensky said: ‘Every second day the rumour appears that I ran from Ukraine, from Kyiv, or from the Office.

‘As you can see, I’m here. I’m in my place. And Andriy Borysovych (Yermak) is also here. Nobody ran anywhere.

The President’s aide, Andriy Yermak, can then be heard saying ‘Glory to the Heroes.’ Zelenskiy responds: ‘Death to the runners!’ 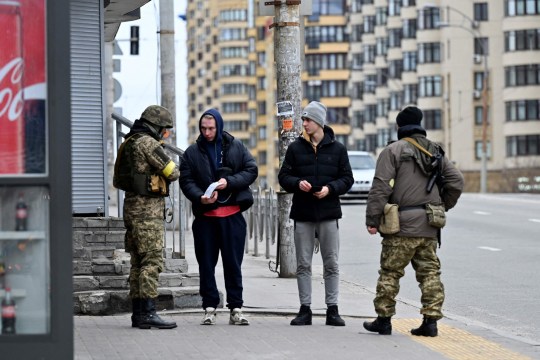 Members of the Ukrainian Territorial Defence Forces, the military reserve of the Ukrainian Armed Forces check documents of passers-by in Kyiv on Saturday, March 5 (Picture: AFP via Getty Images) 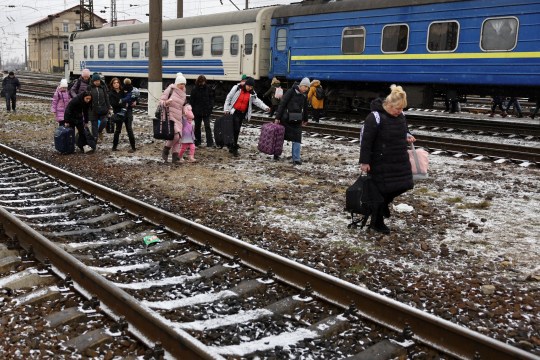 People walk with their luggage amid train tracks in Lviv, as refugees flee Russia’s invasion of Ukraine (Picture: Reuters) 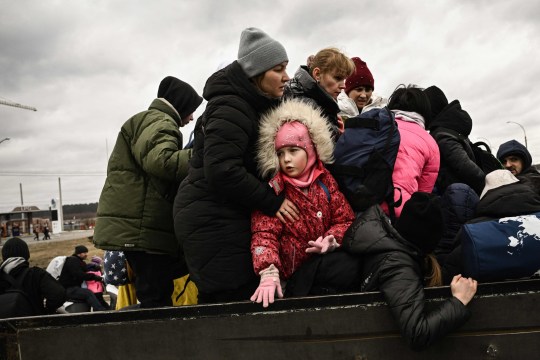 A child looks on a residents evacuate the city of Irpin, northwest of Kyiv (Picture: AFP)

The President remains in a secure location in Kyiv and gives frequent video updates to Ukrainians via social media.

Kyiv has come under renewed assault over the last 24 hours, with explosions audible from the city centre.

Now, soldiers and civilians are working in unison to fend off Russian advancement.

Last night, Zelensky also issued a scathing message to NATO in response to their decision not to impose a no-fly zone over Ukraine.

In another video message, he said: ‘For nine days we’ve seen a harsh war.

‘Our cities are being destroyed, our people and children, residential areas, churches, schools are being shot. Everything that provides normal people’s life is being shot.’

Western leaders say more countries brought into battle if a no-fly zone is enforced, and that it could spur a ‘full-fledged war in Europe.’