TEMPERATURES are set to rocket up to 16C today as Brits hit beaches and parks on the day of Prince Philip’s funeral.

The Queen and members of the close royal family will today mourn the Duke of Edinburgh under blue skies at Windsor as the Prince is laid to rest. 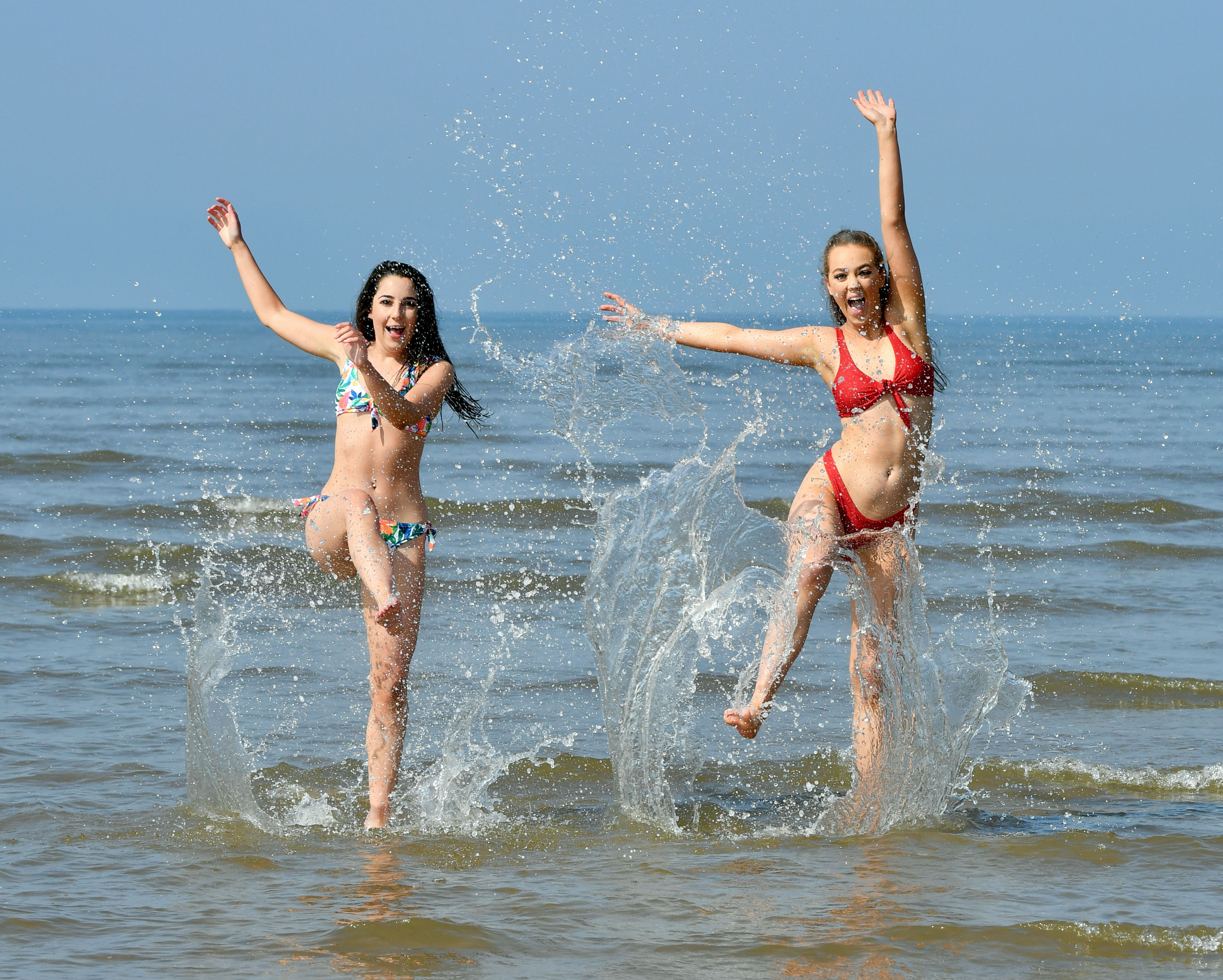 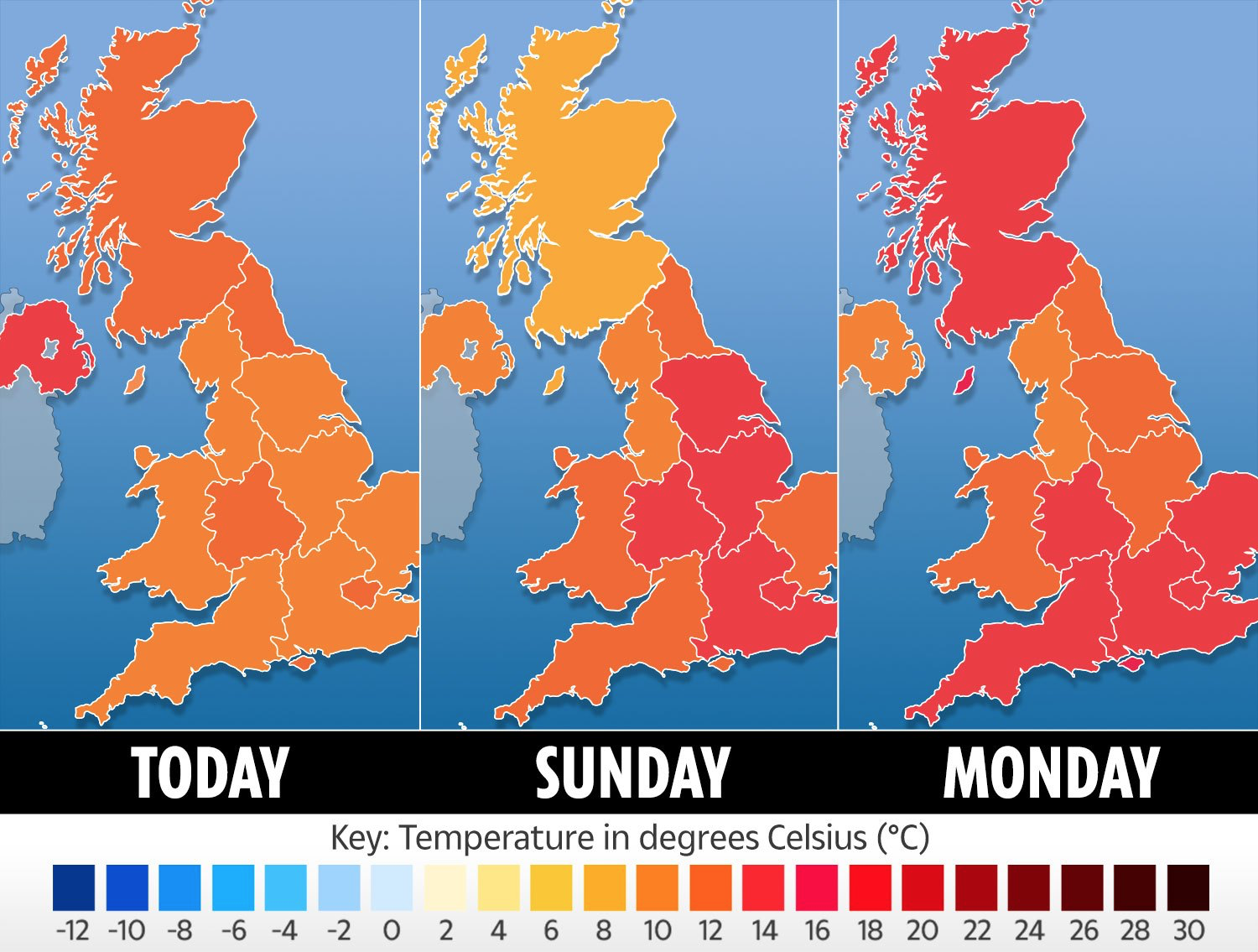 The weather is set to hot up over the next three days, reaching a maximum of 18C next week 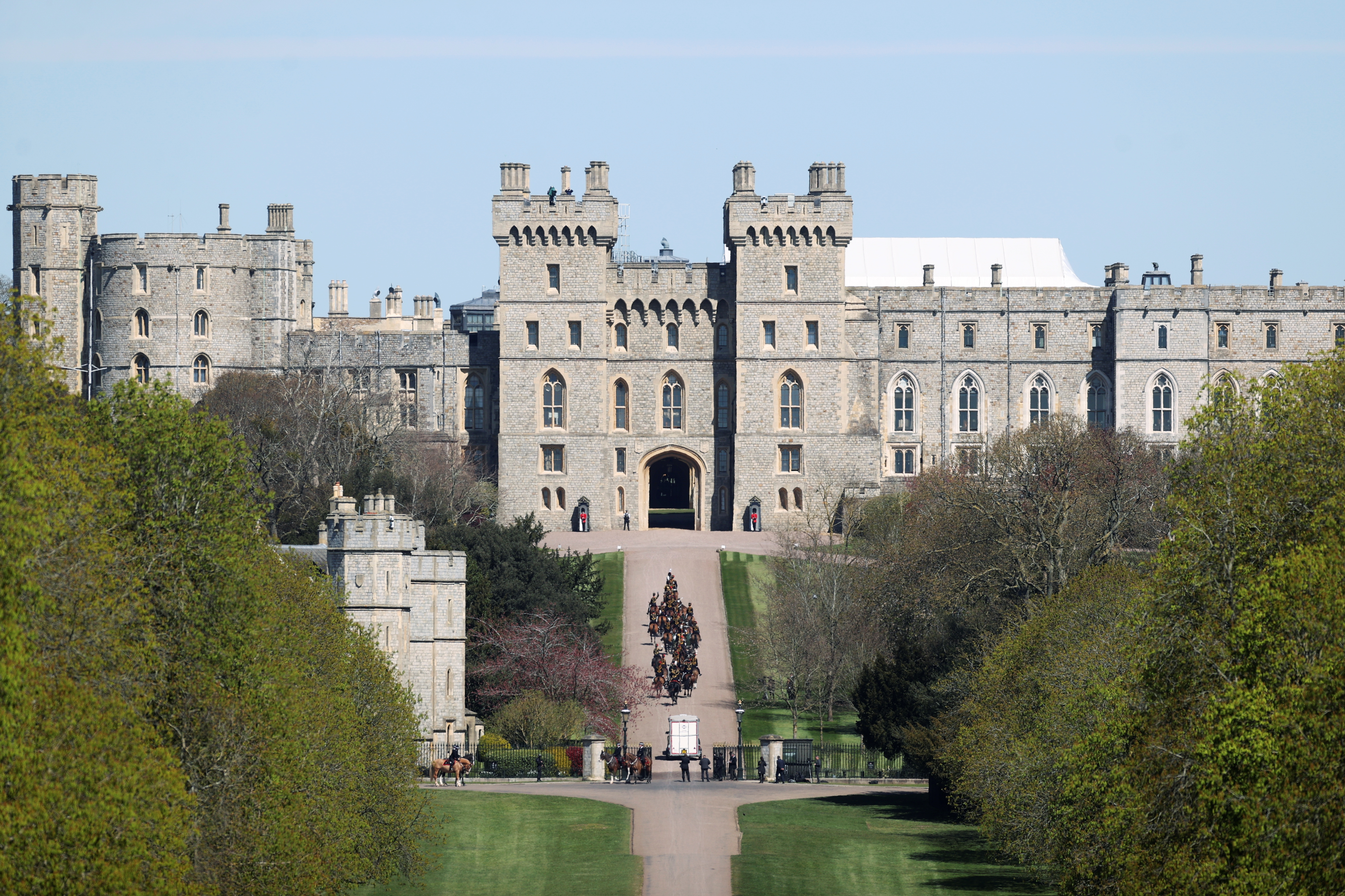 Prince Philip’s funeral will be held under blue skies at WindsorCredit: Reuters 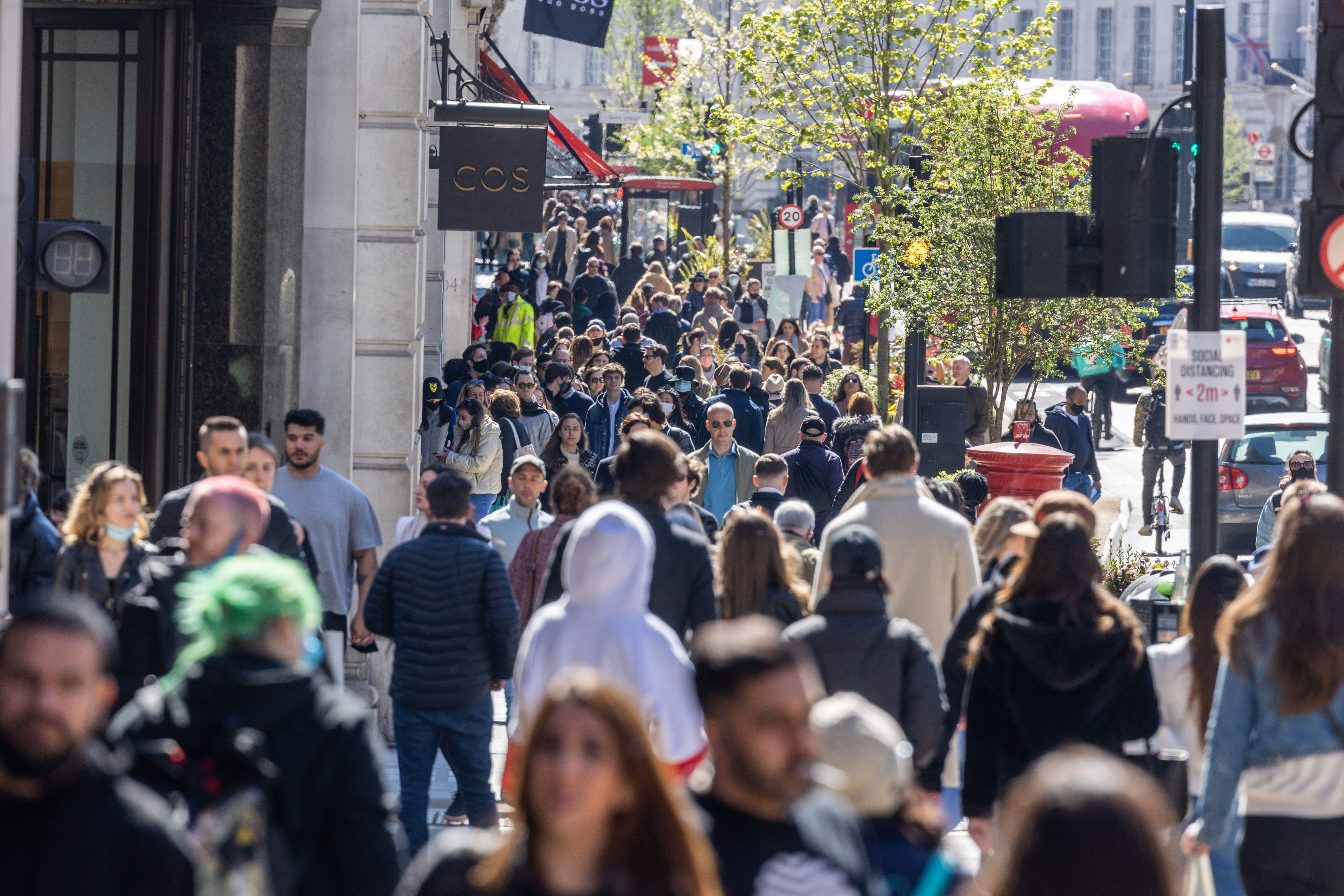 Brits hit the shops in Regent Street, London, on the first Saturday since the latest lockdown easingCredit: LNP 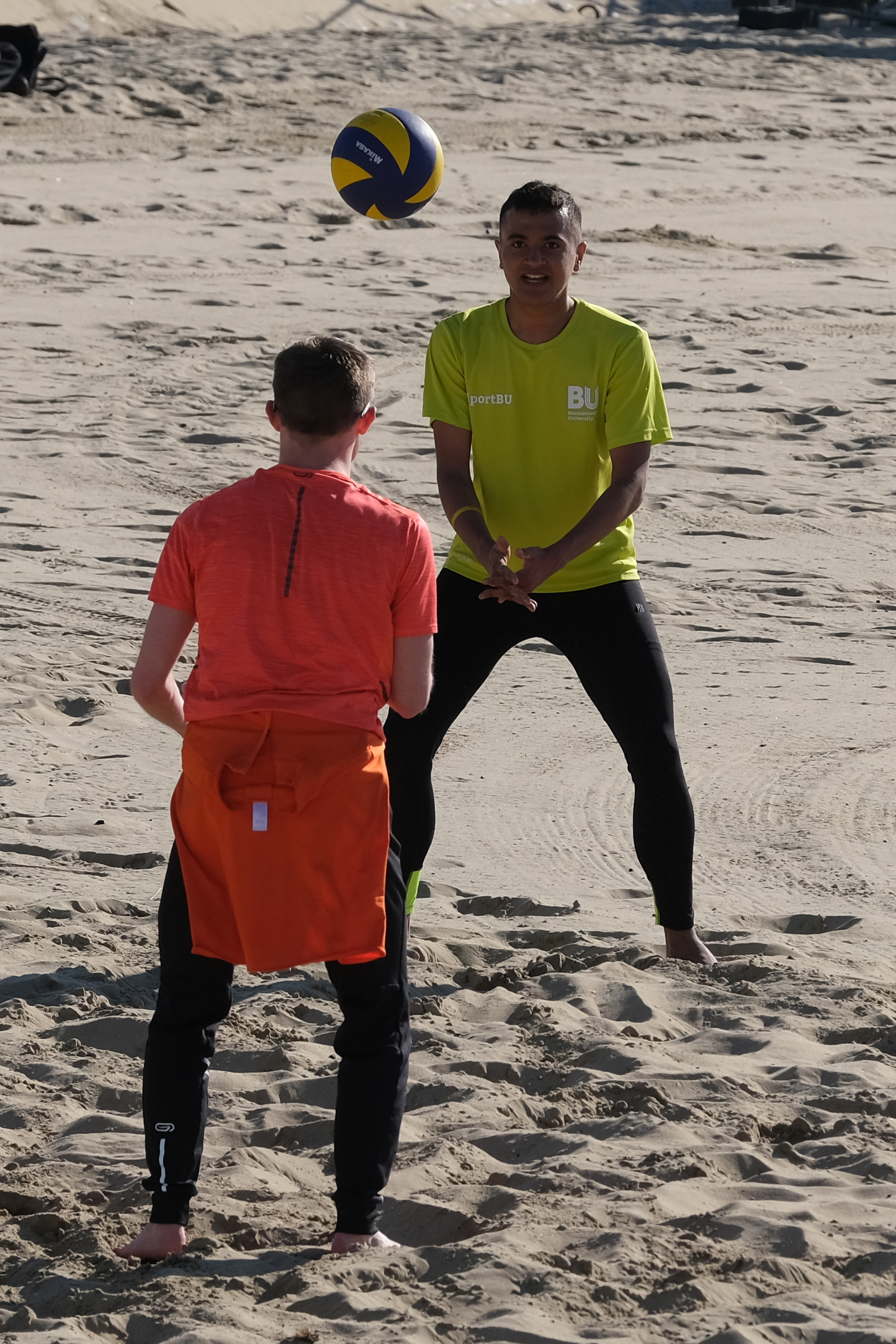 Members of the public watched the procession from Windsor Castle in socially distanced bubbles on green lawns.

Meanwhile, across the UK Brits are making the most of the balmy weather as punters hit beaches and parks to soak up some early spring sun.

In St Anne’s, Lancashire, Lisa Betty, 19, and Jess Walker, 23, dashed into the sea for a spot of wild swimming.

And in Thorpe Bay, Essex, the beach is lined with Brits tucking into ice creams and flying kites.

Friends and family in Bournemouth took the chance to play volleyball on the beach and head off for a run.

Today marks the first Saturday after shops were reopened in England and pubs and cafes were allowed to serve customers outdoors.

Punters have delighted in the easing of restrictions.

In Liverpool, friends clubbed together to enjoy an early pint in beer gardens across the city centre. 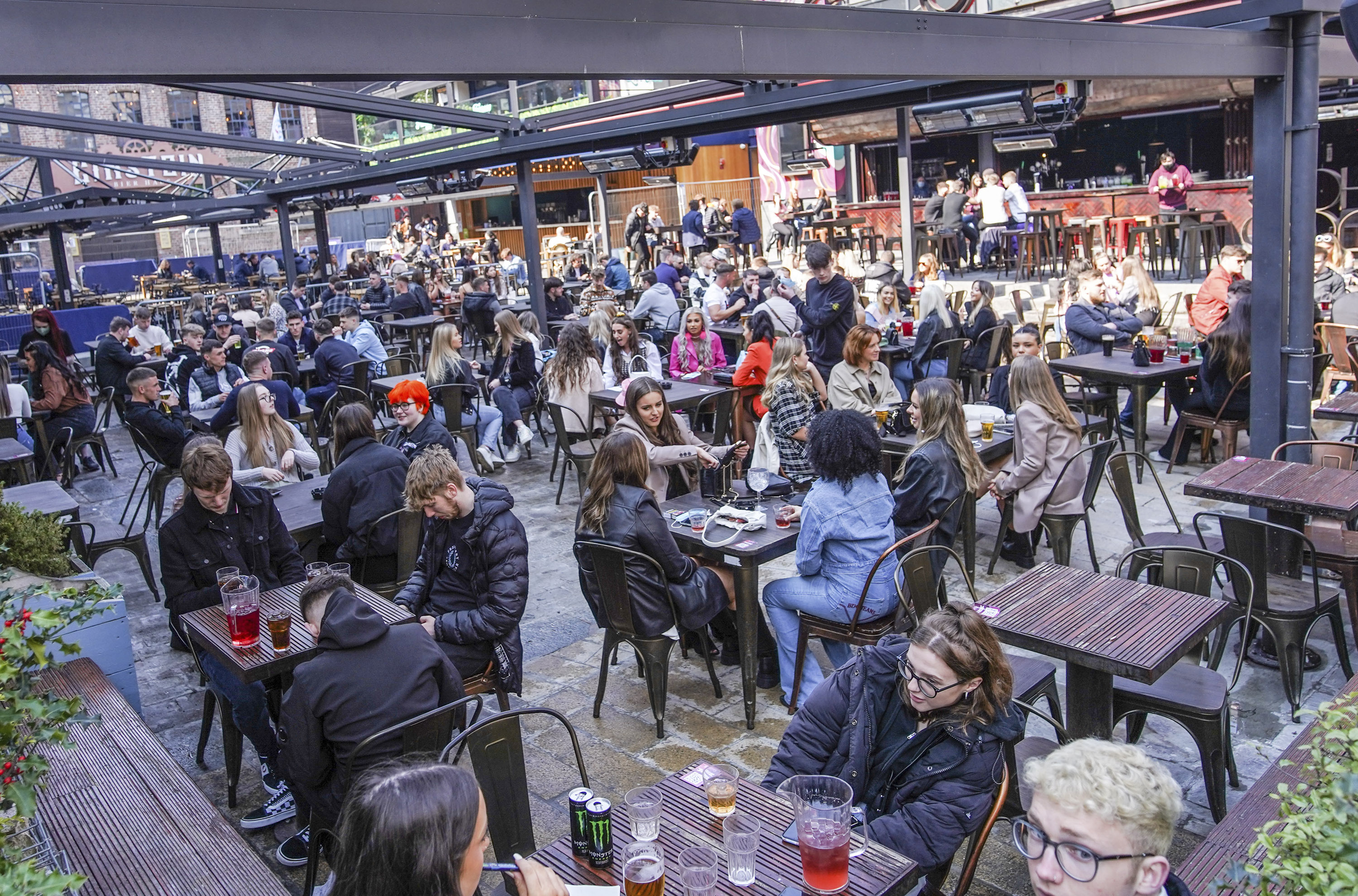 In Liverpool, pals clubbed together for an al fresco pintCredit: LNP 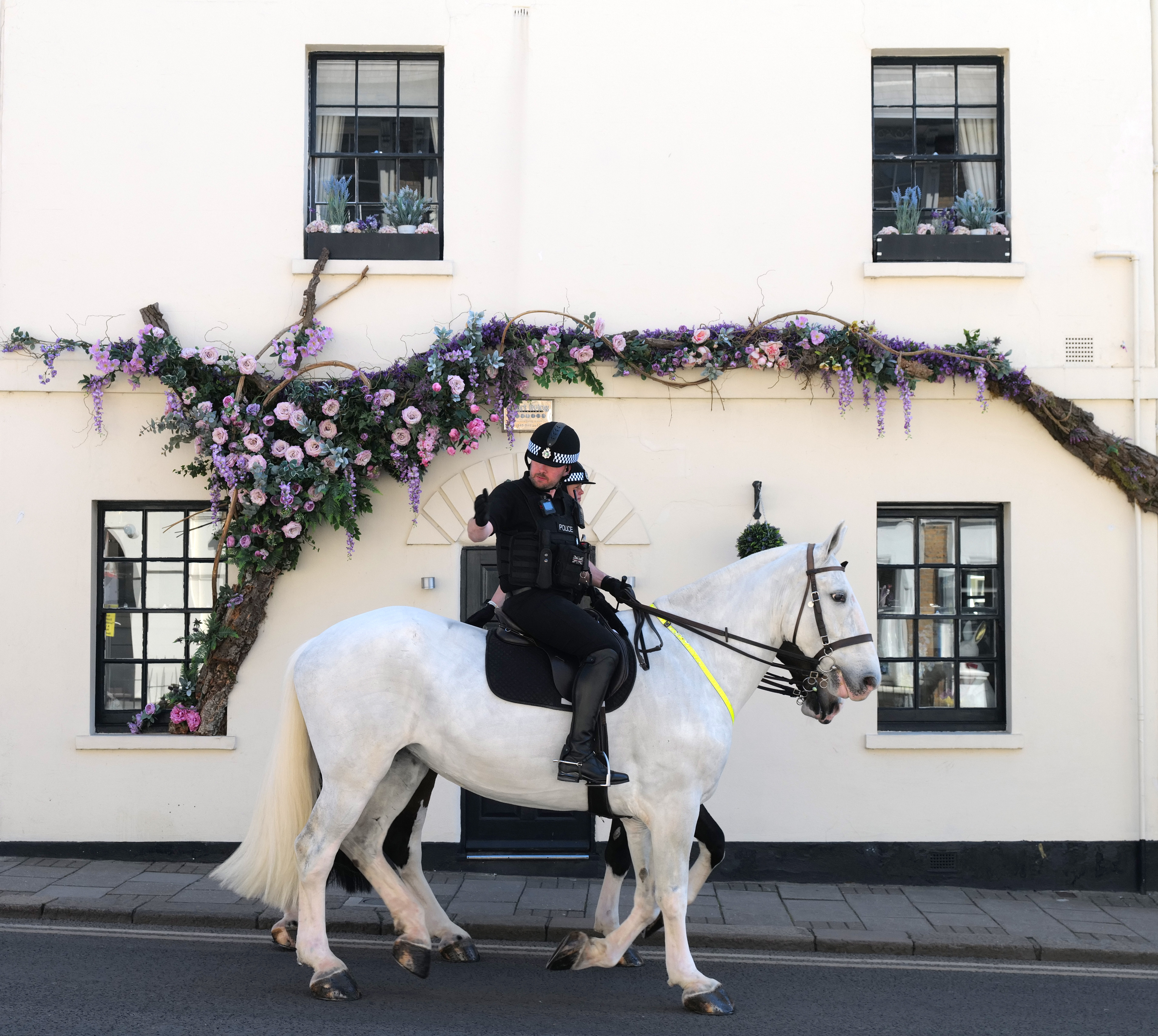 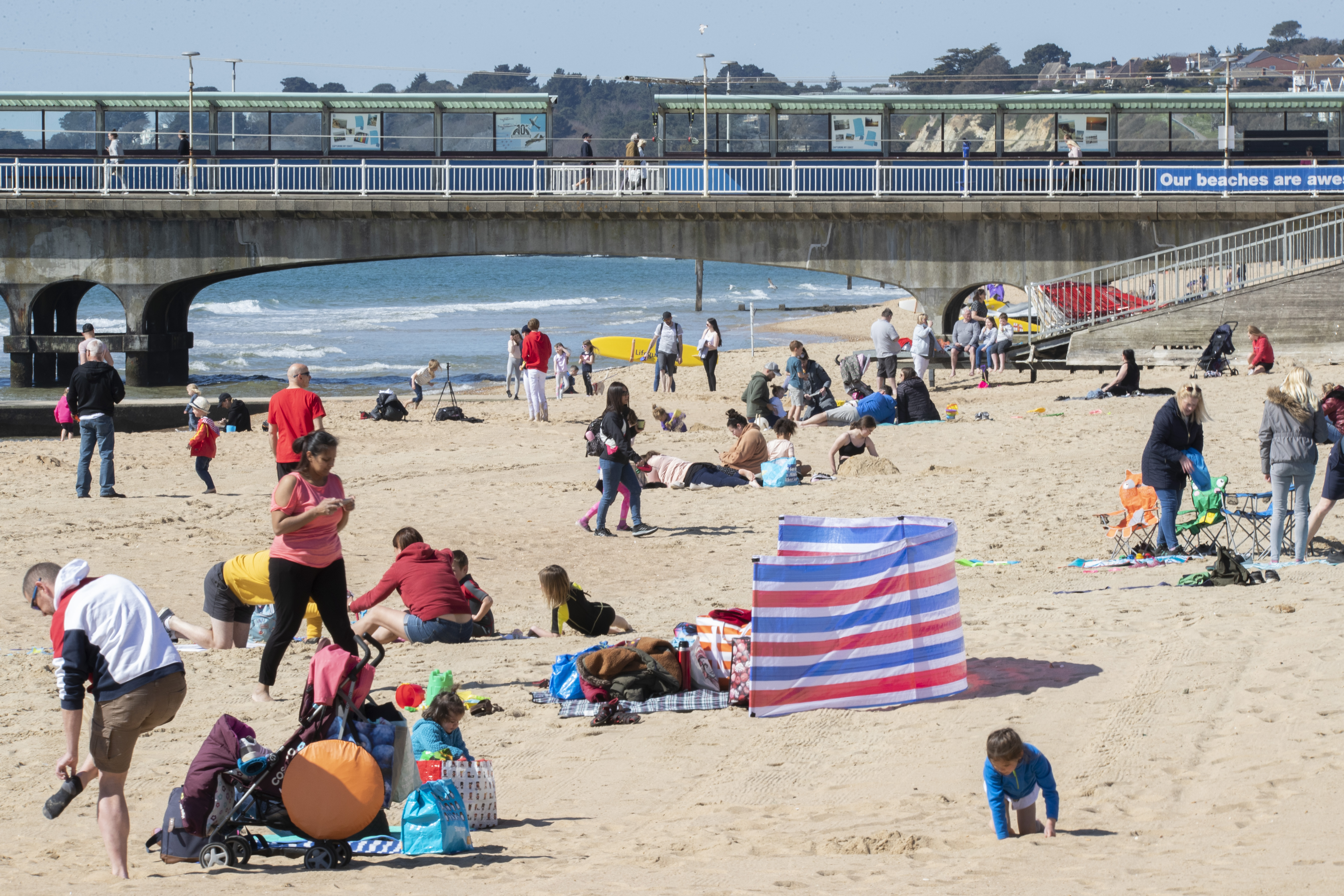 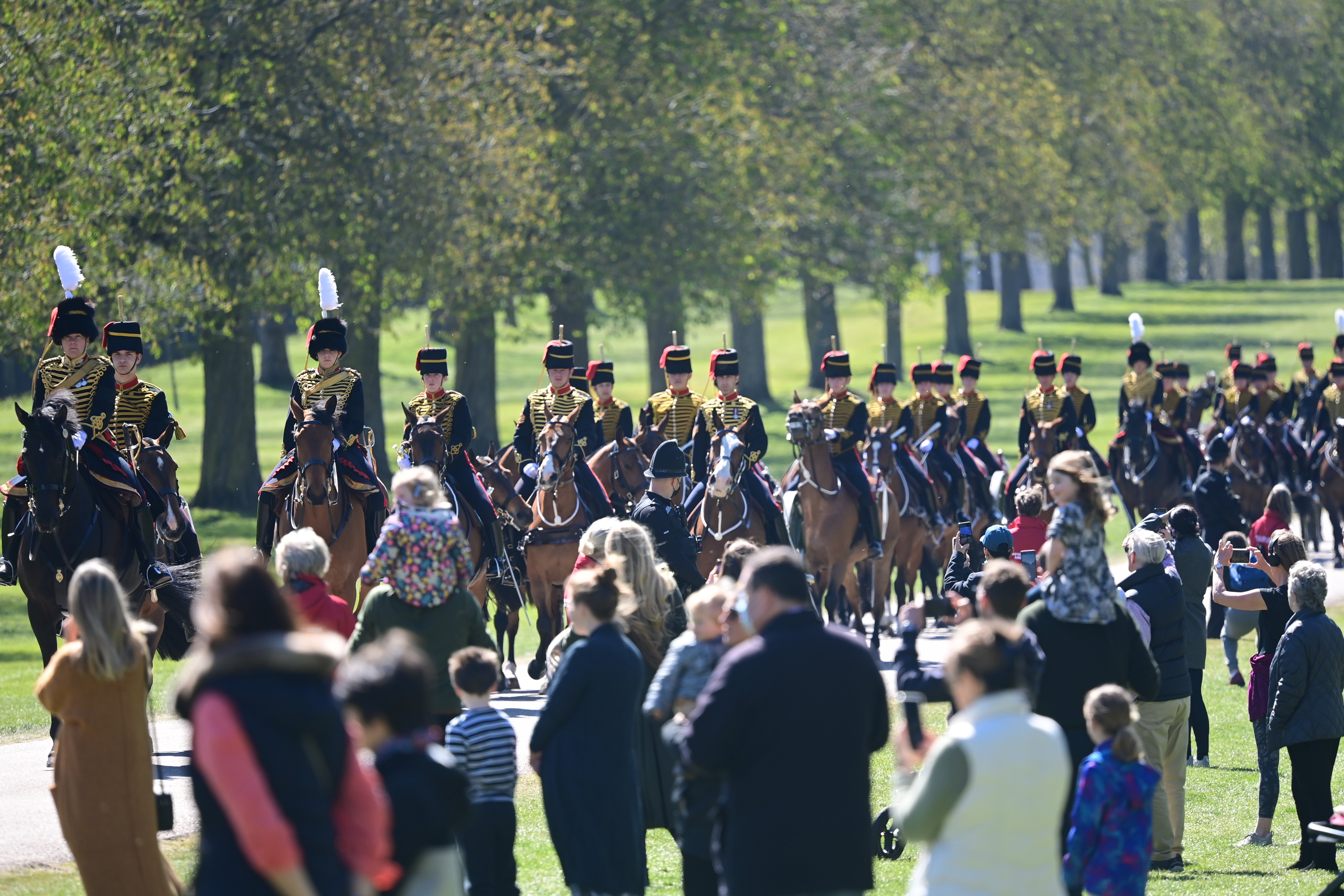 Crowds watched the procession at Windsor in a socially distanced fashionCredit: LNP

High streets were also braced for their busiest day since mid-December, when Tier 3 closed shops in the South.

And the good weather looks set to stay as temperatures across England are expected to stay above average until Tuesday.

A spokesperson for the Met Office said: “Tomorrow we could see max temperatures in the London area of 15 or 16, with an outside chance of 17C.

“As we go into Monday, Tuesday and possibly Wednesday we could see temperatures reach 16 to 18C in southern parts of England and Wales.

“The north is going to be a bit colder. We’ve got cold air coming down the north of the UK on Sunday, with northerly winds picking up through Monday. 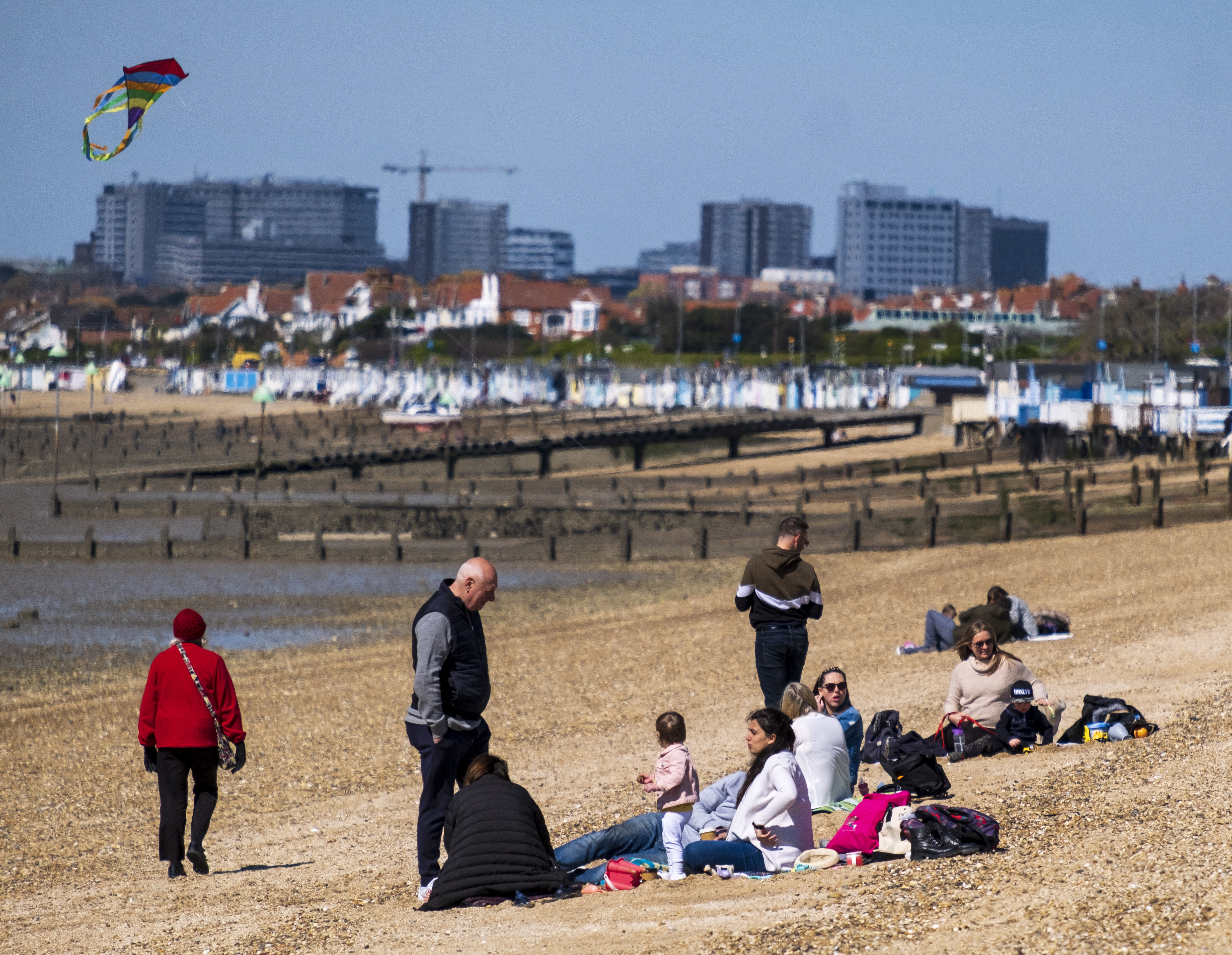 In Thorpe Bay, Essex, a family flies a kiteCredit: The Sun 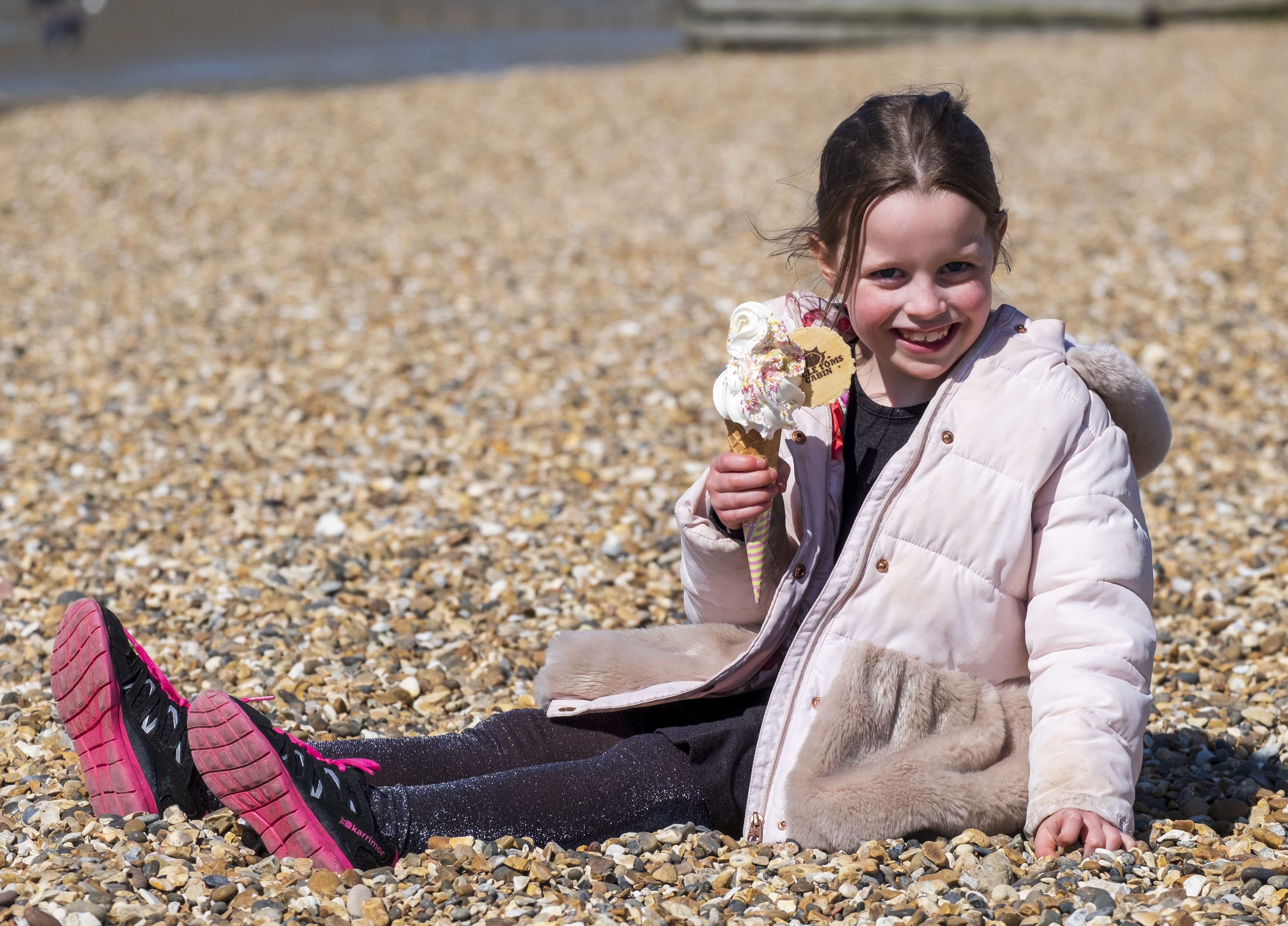 A young girl enjoys an ice cream in the sunCredit: The Sun 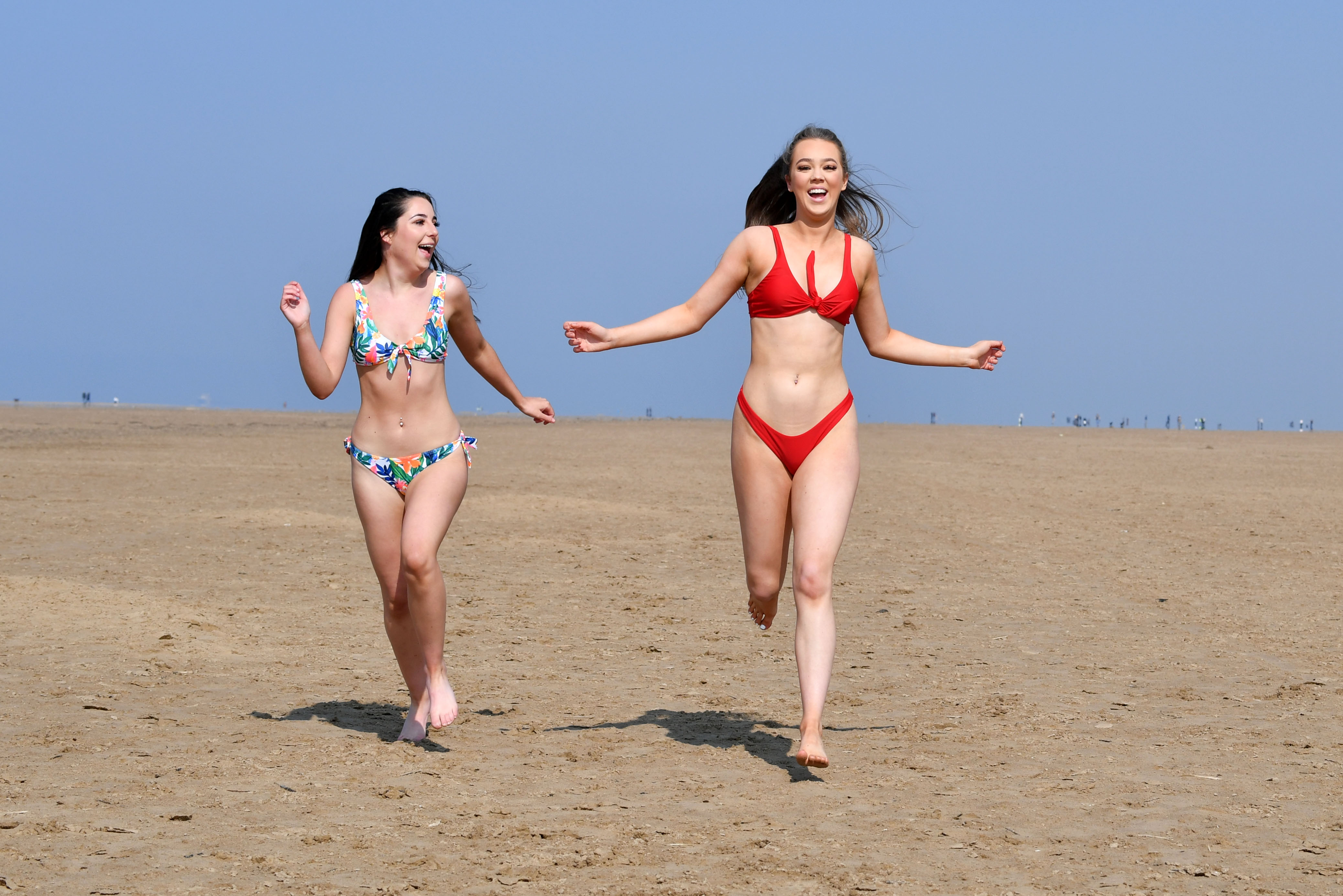 While two friends took to the beach in LancashireCredit: Dave nelson 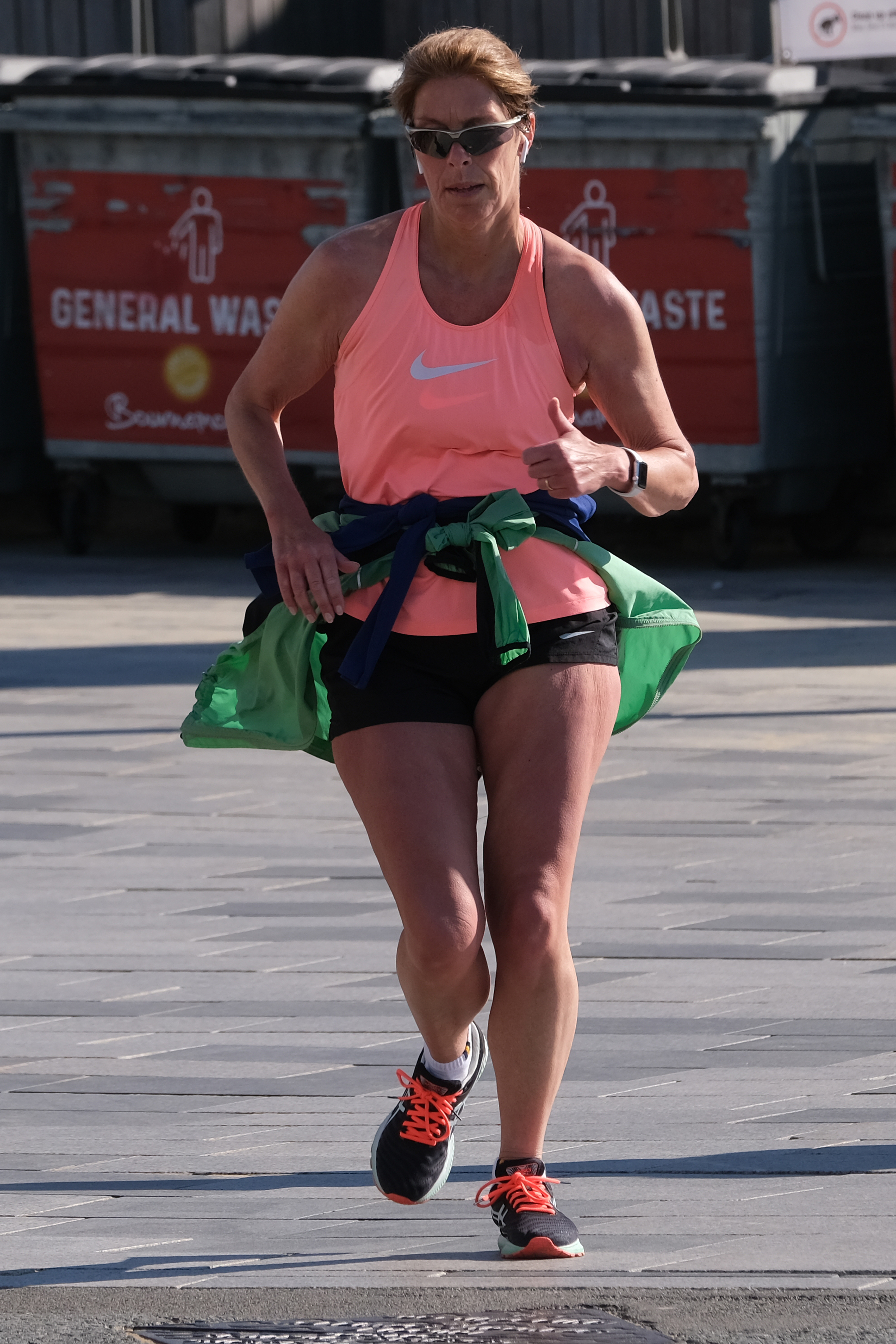 “These temperatures are slightly above average for this time of year. It’s normally around 12 or 13C in England in April.

“We’ve made some gains this week with strong sun during the day and some warmer air from the continent which could contribute to the slightly higher temperatures. But some colder air will push across Scotland on Tuesday.

“So far this month it’s been far colder than average. We’ve had a lot of frosts and little rain so it will be a welcome change for a short time. Hopefully people will be able to enjoy the good weather while it’s here.”

UK weather: Britain to bask in mini heatwave as temperatures to soar to 17C after snowy week