‘LIFE-threatening’ floods have hit the UK as rivers bulge after hours of amber warning downpours – with more rain on the way.

Brits have been battered by torrential rain with nearly a FOOT of downpours expected in the coming days as danger-to-life floods grip parts of the country.

A car in a ditch in Runnymede, Surrey, after the torrential downpoursCredit: PA 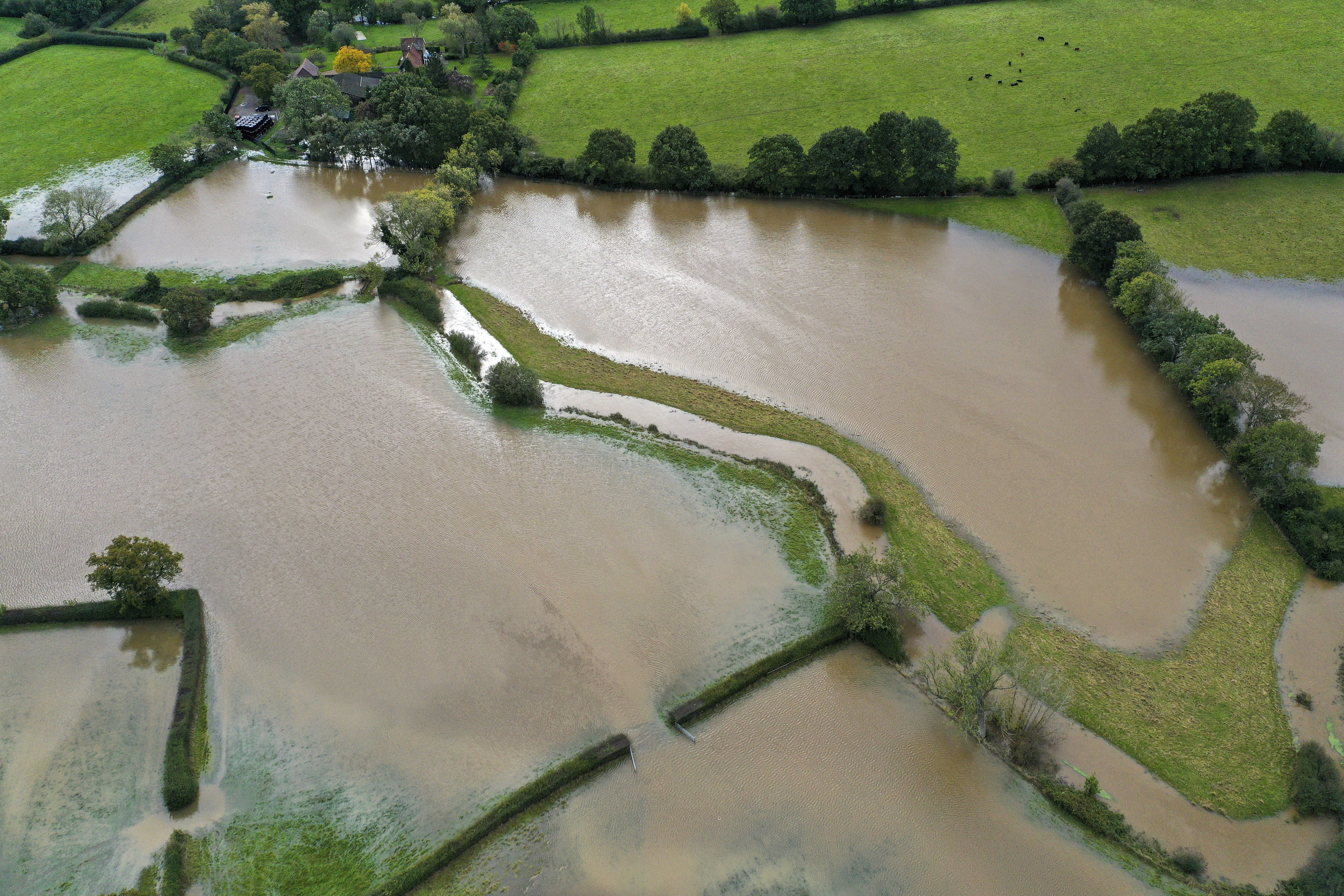 Flooded fields near Lingfield in Surrey, after southern England was hit overnight by heavy rainCredit: PA

A total of five weather warnings are in place today – two of which are categorised as “severe.”

Persistent, heavy rain has led to flooding and disruption, and a danger to life warning has been issued as Brits are warned to stay away from fast-flowing or deep floodwater.

Trains and bus services are expected to be delayed and cancelled – while some communities will be cut off by the floodwater.

Nearly 300mm is expected to fall in amber warning areas across some of the Cumbrian fells.

And the persistent rainfall – which nearly amounts to as much as a month’s worth of downpours – is not set to ease until Thursday night, the Met Office said.

Meanwhile, parts of southern Scotland could see around 100mm of rain falling by mid-morning Thursday before the heaviest rain eases and clears eastwards.

Motorists stopped on the road amid the chaos with their hazard lights on – just days before world leaders are set to descend to Glasgow for climate conference CO26.

Many cars parked on the central reservation to avoid the rising water.

Gale force winds will accompany the deluge causing half-term chaos for families across the UK – though temperatures will remain mild for the time of year.

And the showers and high winds will continue into the weekend, with the wet weather coming to end on Sunday night.

Met Office Chief Meteorologist Paul Gundersen, said “The rain is likely to become more showery and less persistent, albeit still heavy at times, during Thursday night and perhaps Friday morning, with a separate warning still in force at that time.

“These amounts of rainfall present a real threat of flooding and people should keep a close eye on flood warnings from the Environment Agency,  Natural Resources Wales and SEPA. 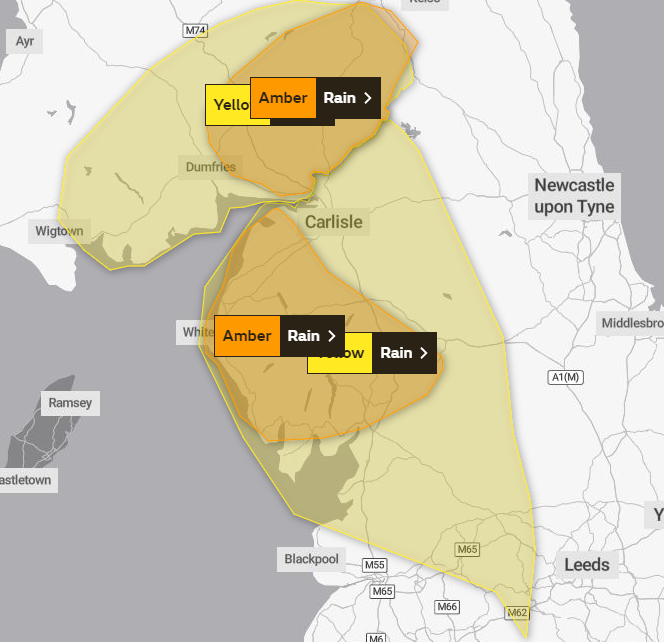 “There may be some disruption to transport, with some difficult driving conditions and possible road closures. Stay up to date with the forecast in your area on the Met Office website or via our mobile app.”

Ben Lukey, Flood Duty Manager at the Environment Agency, said: “Working with our partners in local resilience forums, Environment Agency teams have been out on the ground clearing waste grilles and screens, and stand ready to operate flood defences if needed.

“They are also ready to support local authorities in their response to surface water flooding.

“We are urging residents and visitors, especially holidaymakers in the Lake District, to stay alert and check their flood risk by signing up for free flood warnings on the Gov.uk website and via @EnvAgency on Twitter, which offer the latest updates.”

Met Office meteorologist Luke Miall said: “Autumn is very much with us across the UK through this week, turning a lot more unsettled over the next few days.

“Through Wednesday morning the rain will turn more persistent for parts of Northern Ireland but especially southwest Scotland and Cumbria.

“We have a weather warning in place and we could see a large amount of rain building up through the course of Wednesday and into Thursday with a risk of flooding and some pretty tricky travelling conditions.

“Highs of 18C though, very very mild for this stage of the year.

“This wet weather will gradually trickle a little further southwards into north Wales and perhaps the north west Midlands as we go into Thursday.

“Quite strong winds as well, so we will continue to see some quite disruptive rainfall at times.”

UK weather for the week ahead – Very mild and, for some, very wet