ONE of the hottest springs on record is thought to be on its way – with temperatures tipped to hit 29C (84F).

Beachgoers at Lyme Regis in Dorset make the most of the unusually warm weatherCredit: Alamy 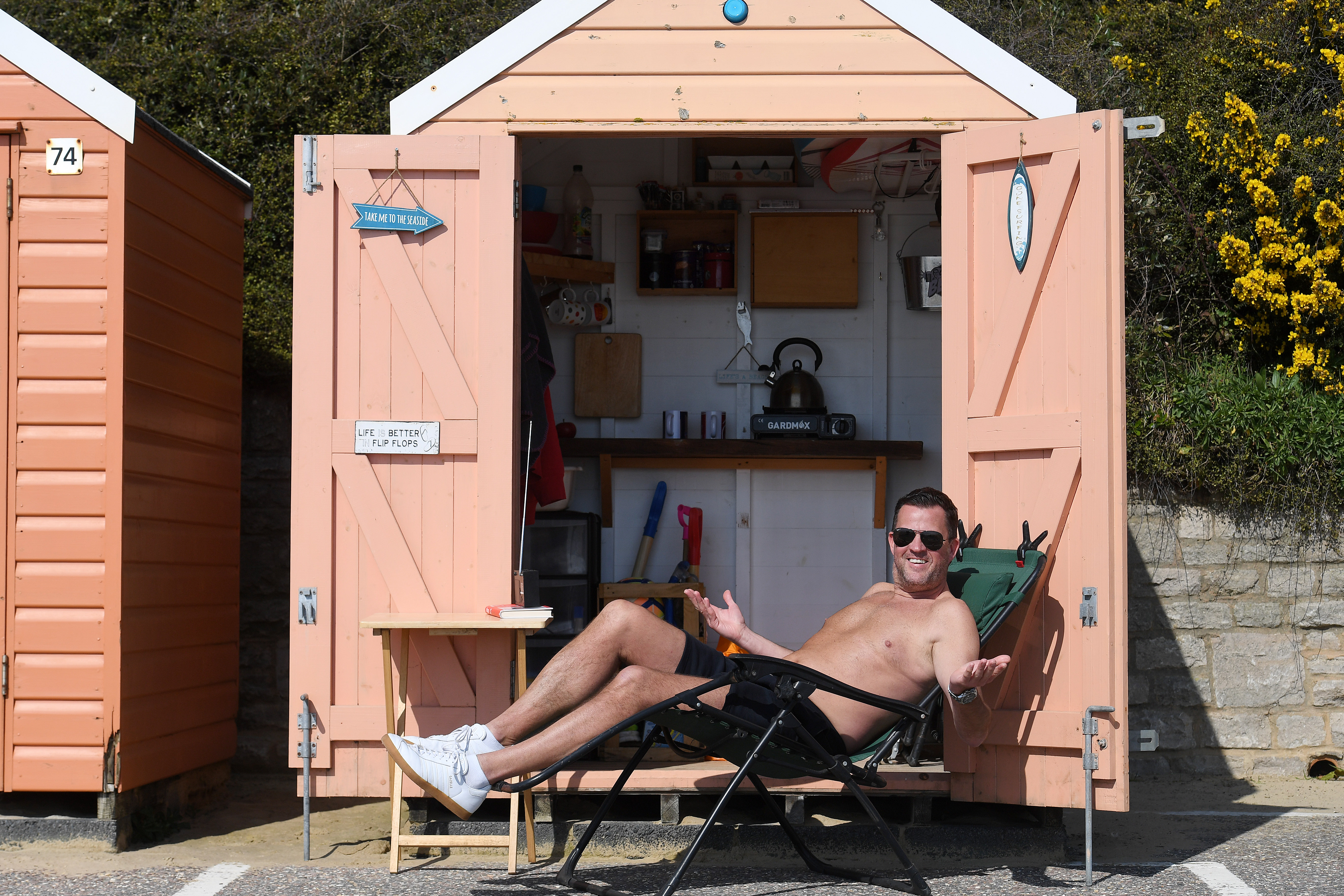 Stuart Henderson soaks up the rays at Bournemouth beachCredit: BNPS 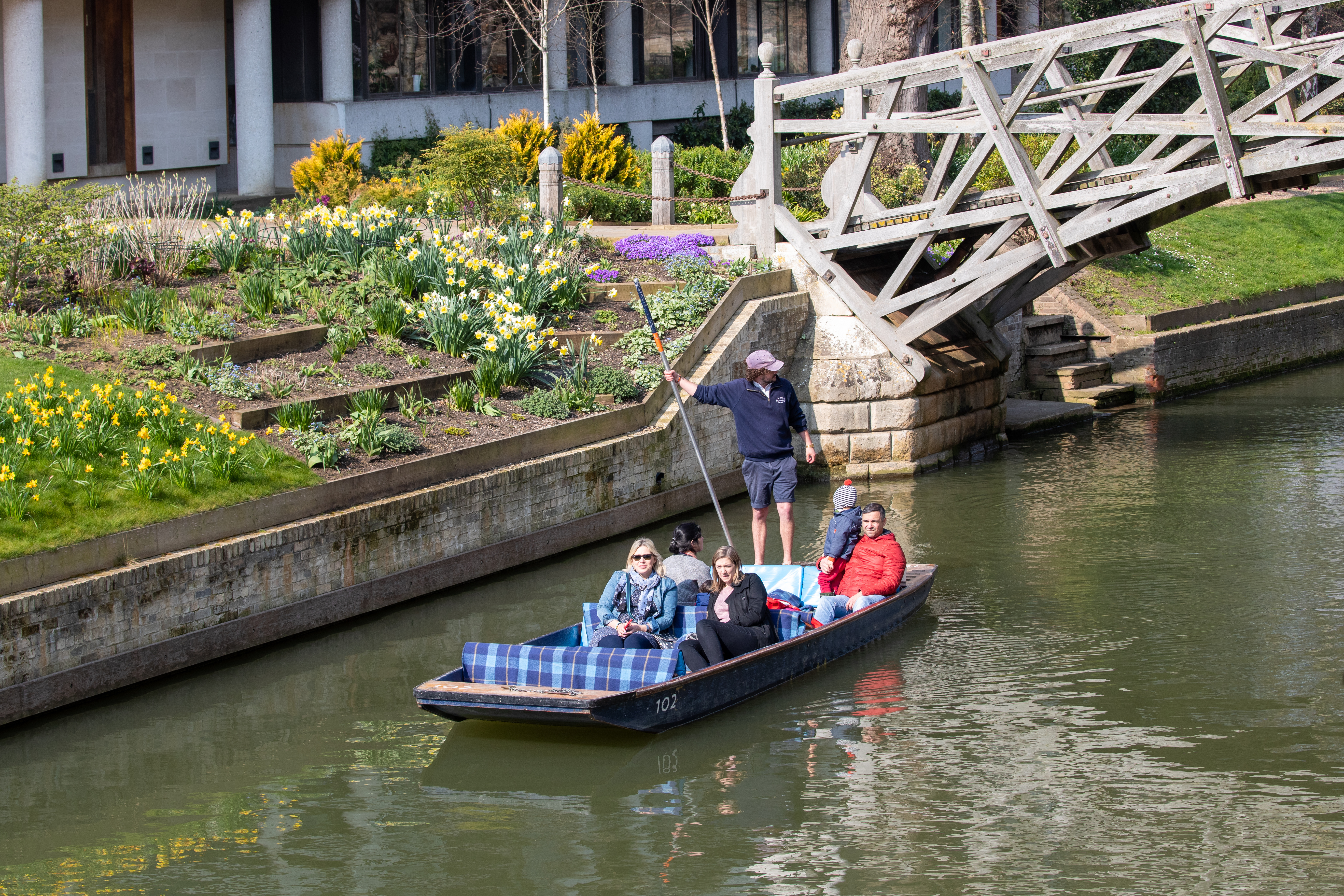 Tropical breezes from Spain tomorrow are likely to bring a taste of things to come.

In its three-month outlook for councils and businesses, the Met Office said: “The chance of a warm spring is much higher than normal.”

Bookmakers cut odds on April being the hottest on record to 4/5. 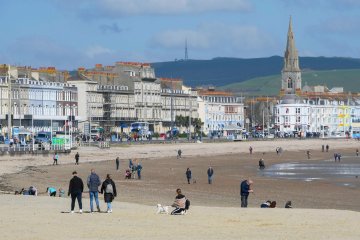 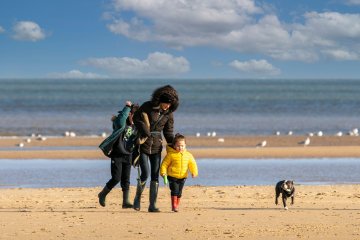 Similarly, bookmakers Ladbrokes have slashed their odds to 4/6 for it being the hottest spring ever.

Alex Apati of Ladbrokes said: “Things have finally taken a turn for the better on the weather front, and we’re now well on course for a record-breaking hot spring, if the latest odds are anything to go by.”

Temperatures may get close to 20C (68F) this week, and it will still be warm at the weekend.

Most areas are set to be hotter than 16C Corfu and Greece.

Met Office forecaster Marco Petagna said: “Warmth will be a topic of conversation – perhaps nudging 20C locally. Warm air will push up from the south.

“With prolonged sunny spells, it will generally feel warm or very warm. Many can expect settled days.” Astronomical spring arrived yesterday with the equinox.

The Met Office, which considers spring to be the months of March, April and May, said 24C (75F) was expected in weeks, with 29C (84F) due later in the season.

It will lift tourism bosses hoping for bumper trade this year.

Brits made the most of the balmy conditions this weekend, filling beaches, parks and pub beer gardens, as spring finally arrived.

Monday though is expected to get off to a foggy start, according to the Meteogroup.

As the day progresses, it will be mostly dry with patchy cloud and some bright, sunny spells in England, Wales and Scotland.

However there is a risk of a light morning shower for western Wales and Northern Ireland.

Northern Ireland will be mostly cloudy. Light to moderate south to south-easterly winds.

It will be a dry night, with clear skies for most. There will be some patchy cloud in the evening over parts of northern England, with cloud also over Scotland in the early hours of the morning.

Tuesday will be mostly dry with lengthy sunny spells and the risk of a shower, especially in the evening, for parts of northern England.

After a misty start on Wednesday, it will be another mostly dry day, pleasant with sunny periods for all. Light south-easterly winds.

World Cancer Research Fund UK warned people to apply sunscreen between 11am and 3pm from March to October. 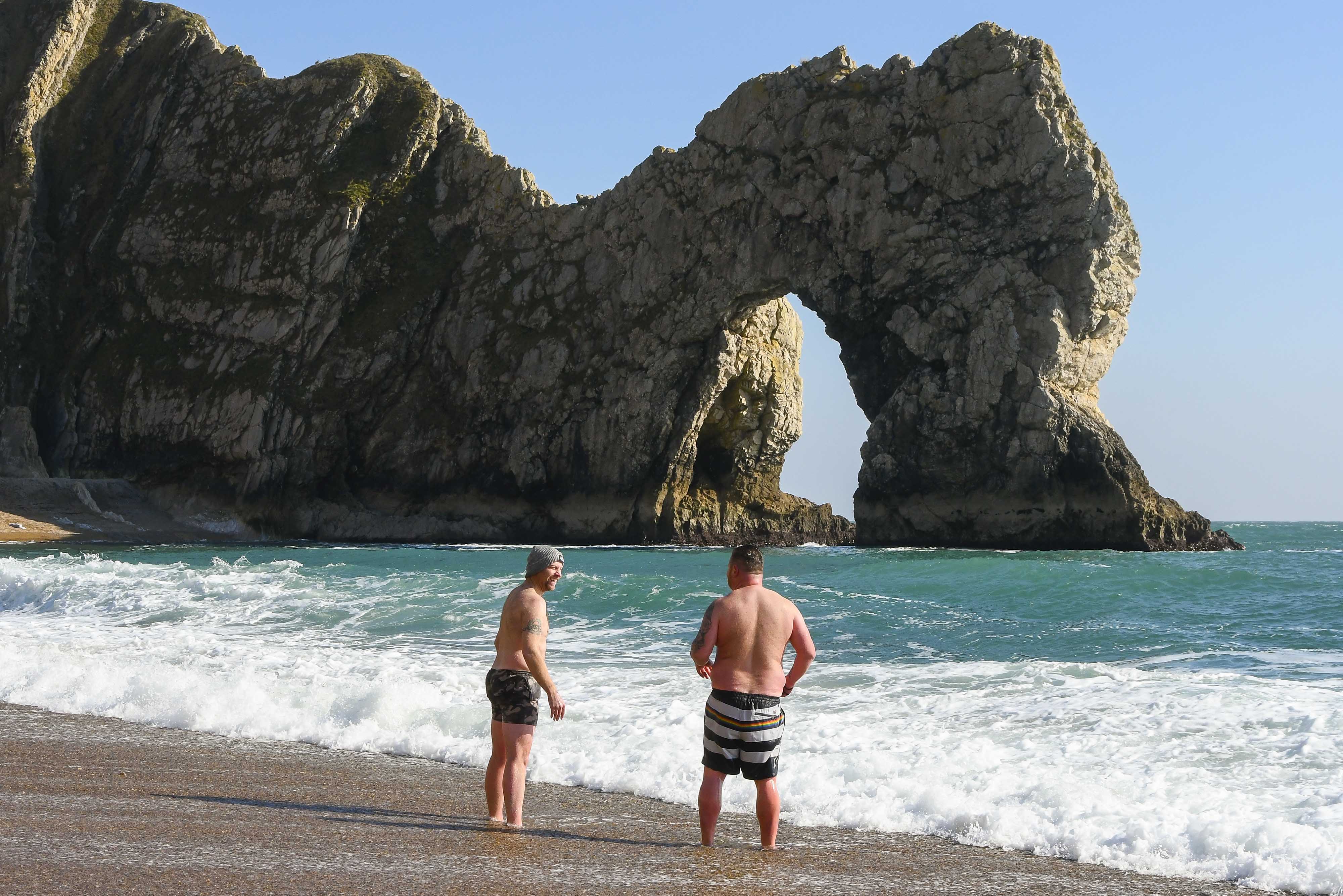 Some even took a dip in the sea at Durdle Door, DorsetCredit: ©Graham Hunt 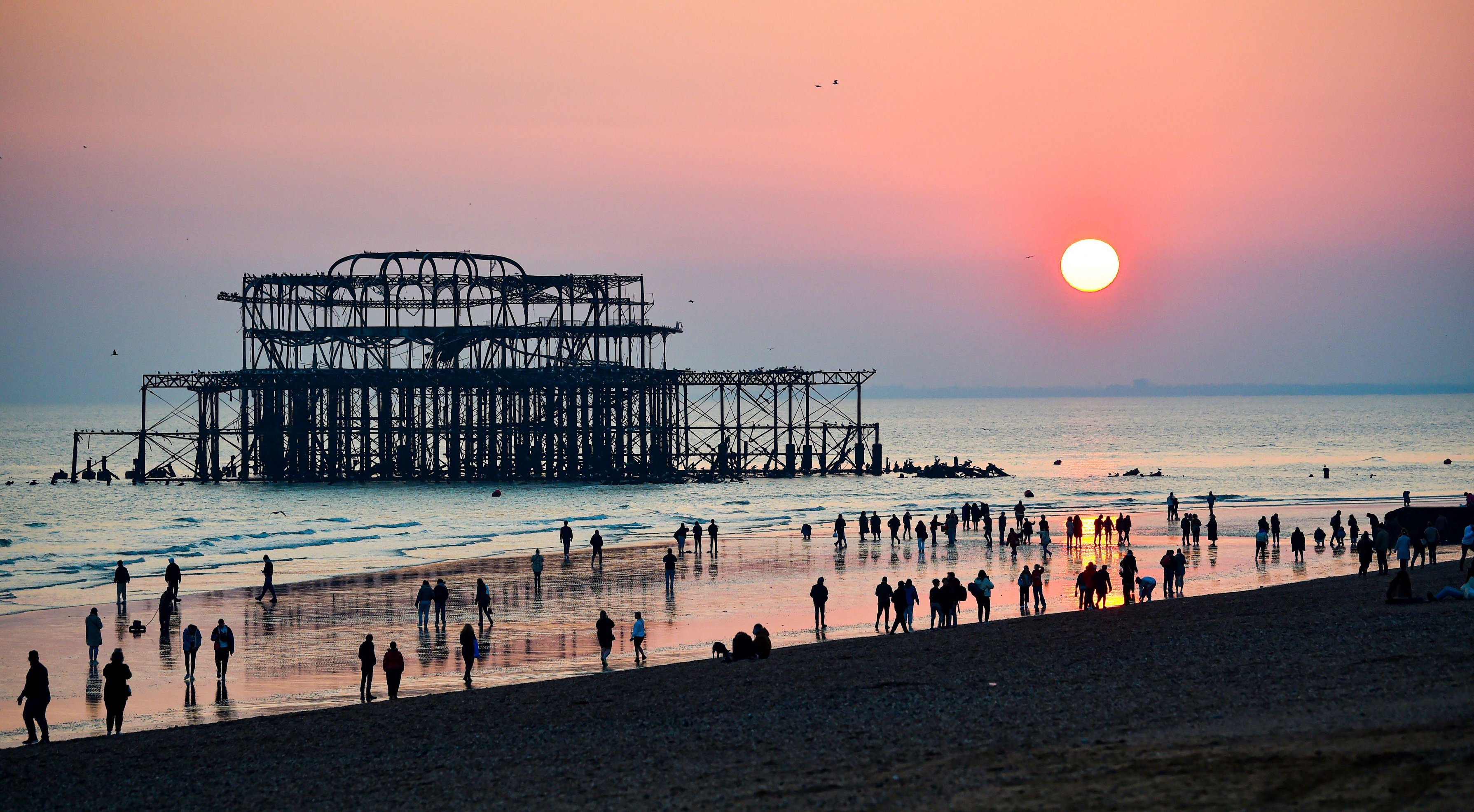 Crowds gather on Brighton beach to watch the sunsetCredit: Alamy 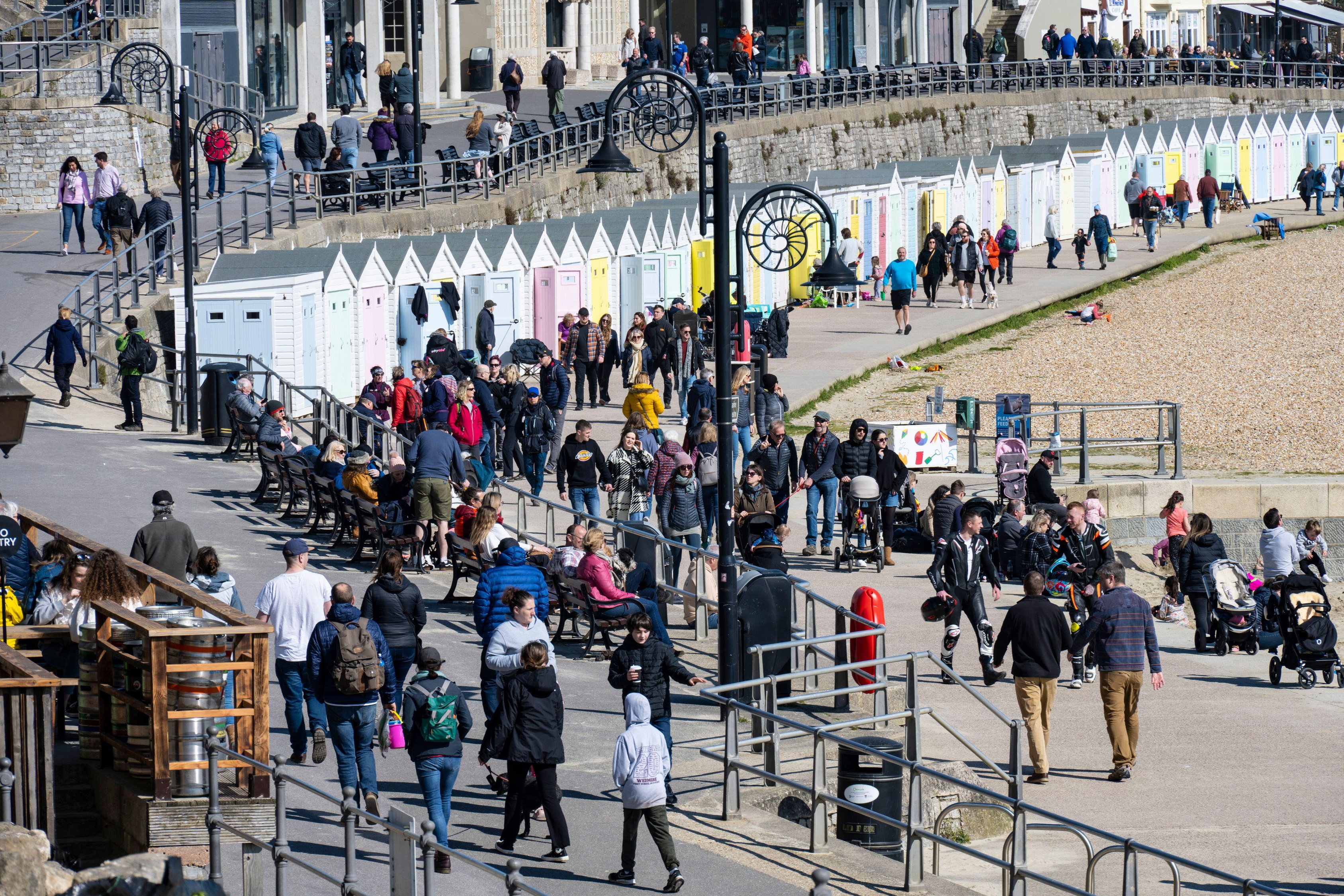 Lyme Regis was packed out earlier today as the sun shoneCredit: Alamy