BRITS will bask in 24C sunshine today after a scorching bank holiday – and it’s going to get hotter tomorrow.

The mercury soared to 25.1C yesterday afternoon, making it the hottest day of the year so far, but forecasters say even warmer temperatures are on the way. 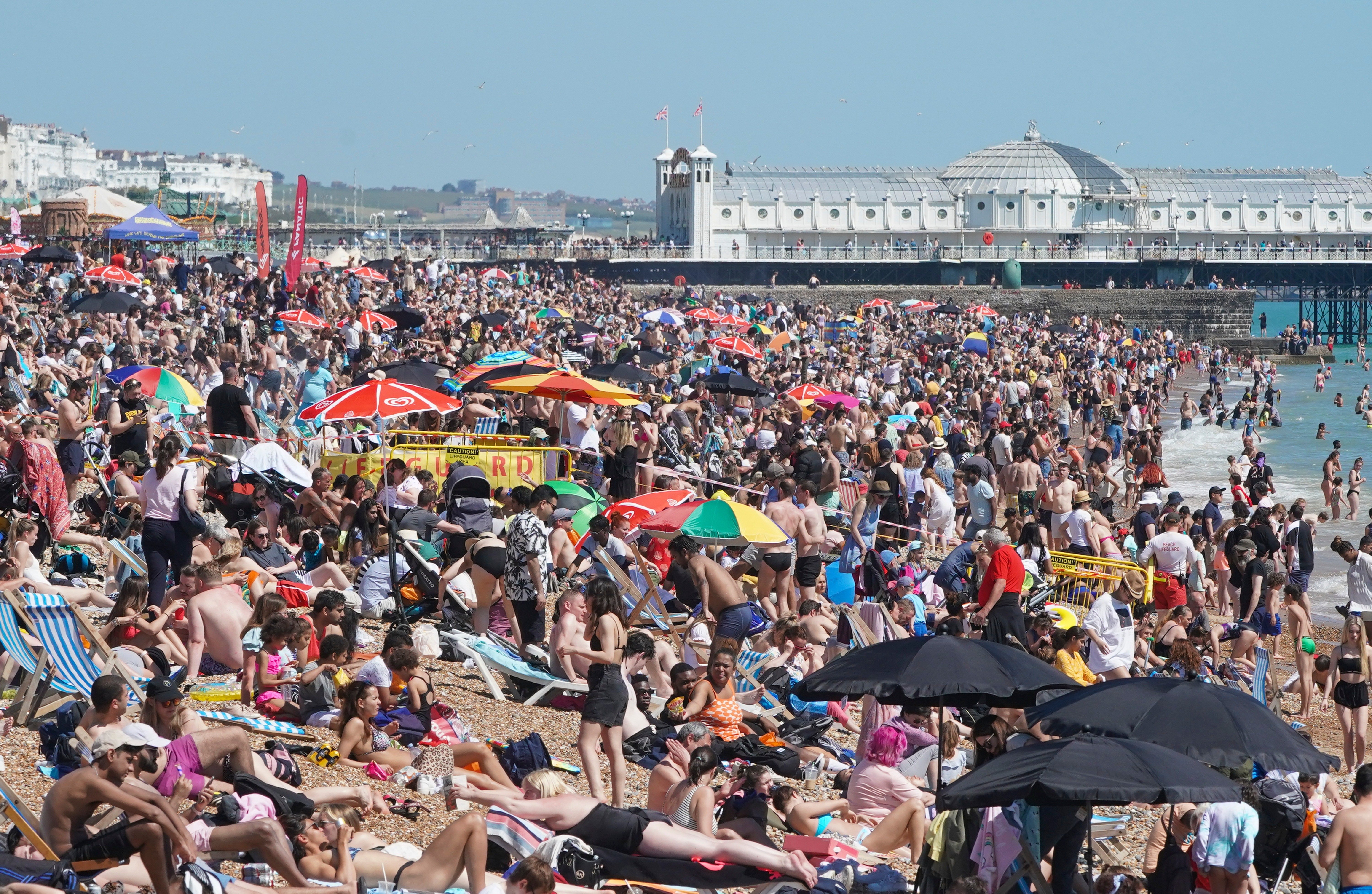 The UK recorded its hottest day of the year yesterday – as visitors hit the beach in BrightonCredit: Getty 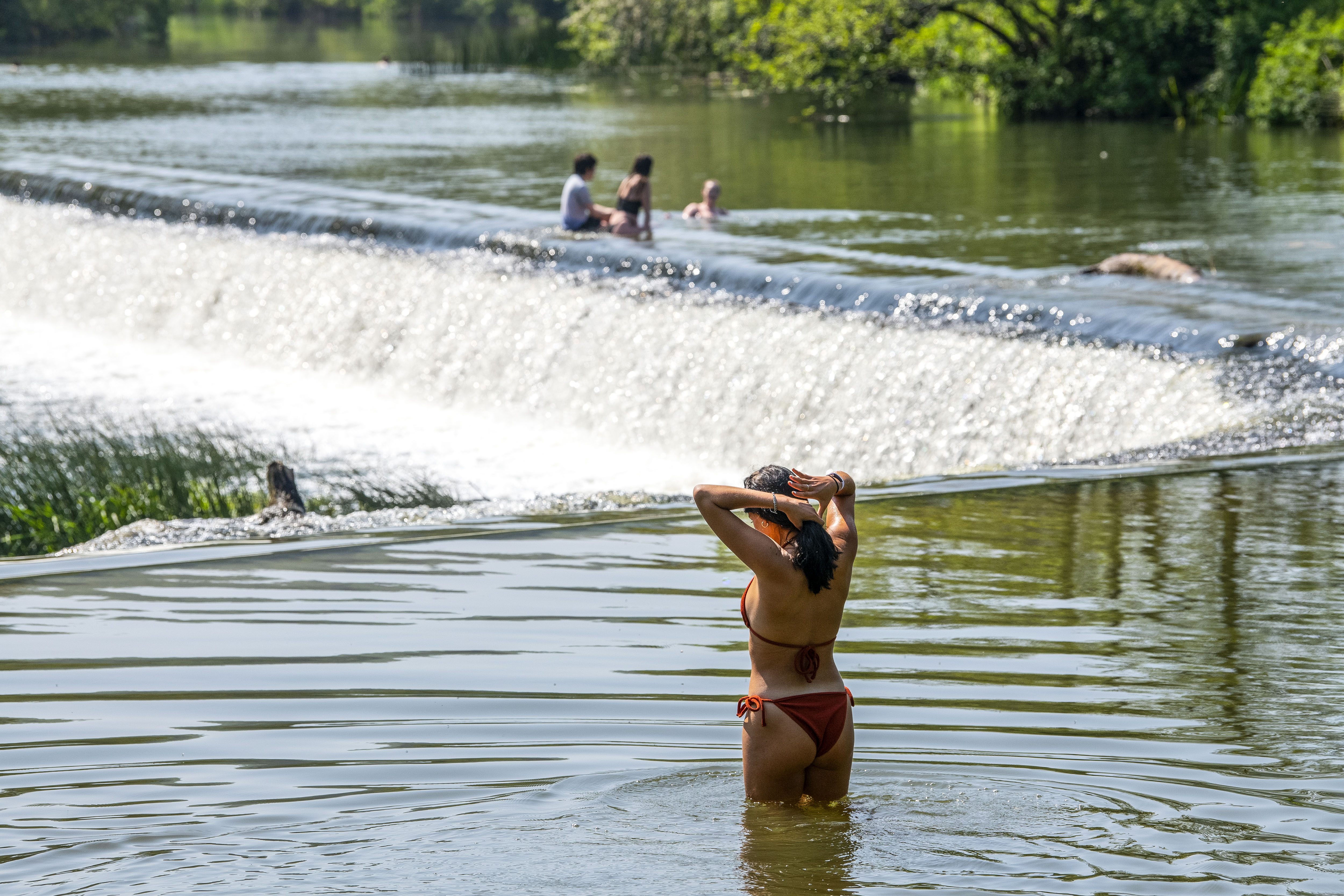 But an even warmer day is predicted tomorrow, meaning swimmers will have more opportunities to take a dip at Warleigh Weir, near BathCredit: ANDREW LLOYD 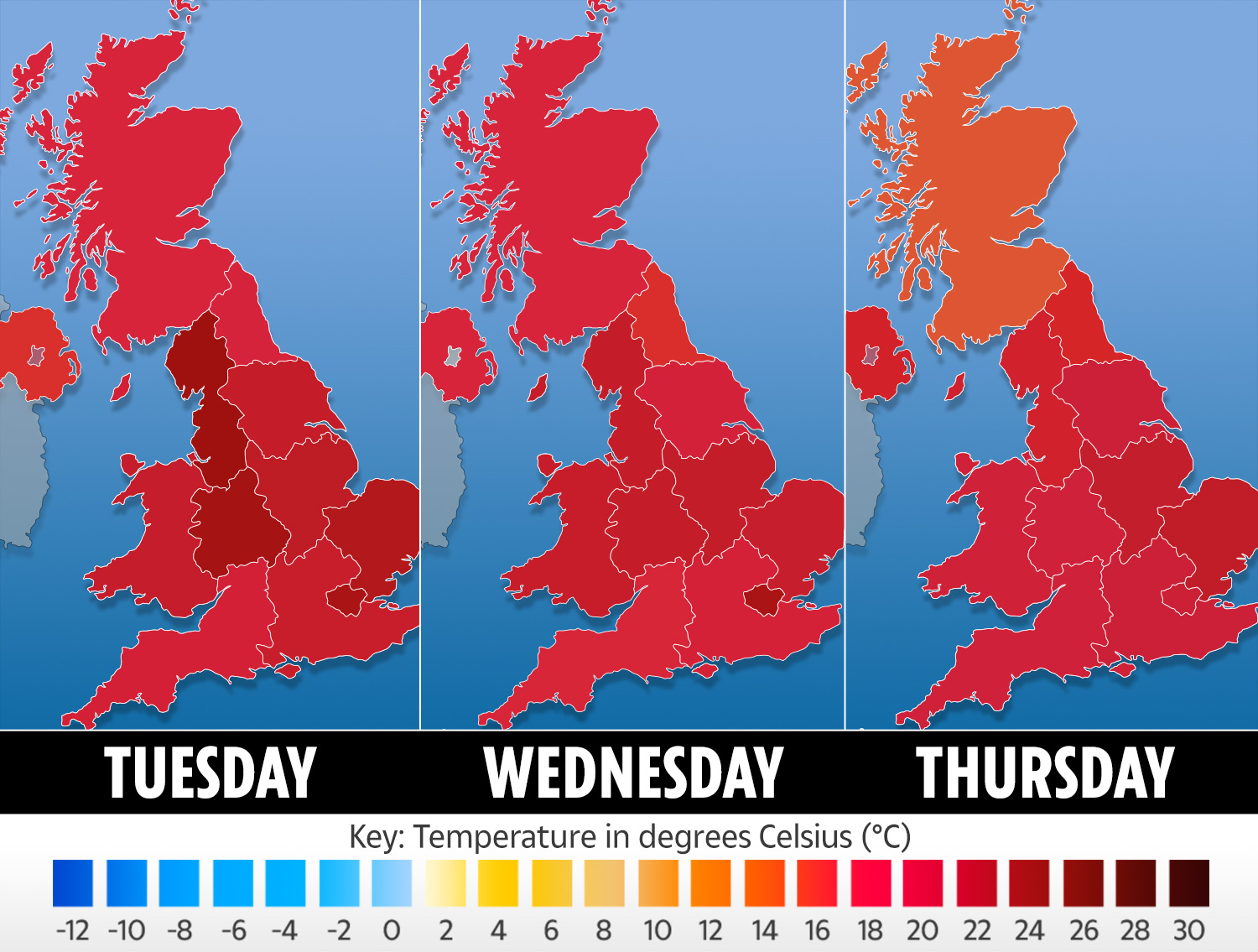 Highs of 27C are expected on Wednesday before thunderstorms roll in

And on Wednesday, it could reach a glorious 27C as the late spring sunshine finally arrives.

We’ll all be basking in a mini-heatwave over the next fortnight, with thousands of us heading to beaches and parks to make the most of the sunshine.

After a thoroughly miserable May, summer finally seems to be on the way – and it’s hoped the glorious weather will stick around into June.

In extremely welcome news to fed-up sun-worshippers, the mercury will remain at an average of 18C between June 2 and 11.

Kinlochewe in Scotland was the hottest place in the UK yesterday, according to the Met Office.

Becky Mitchell, a meteorologist from the Met Office, said just one place appears to be missing out on all the gorgeous sunshine. 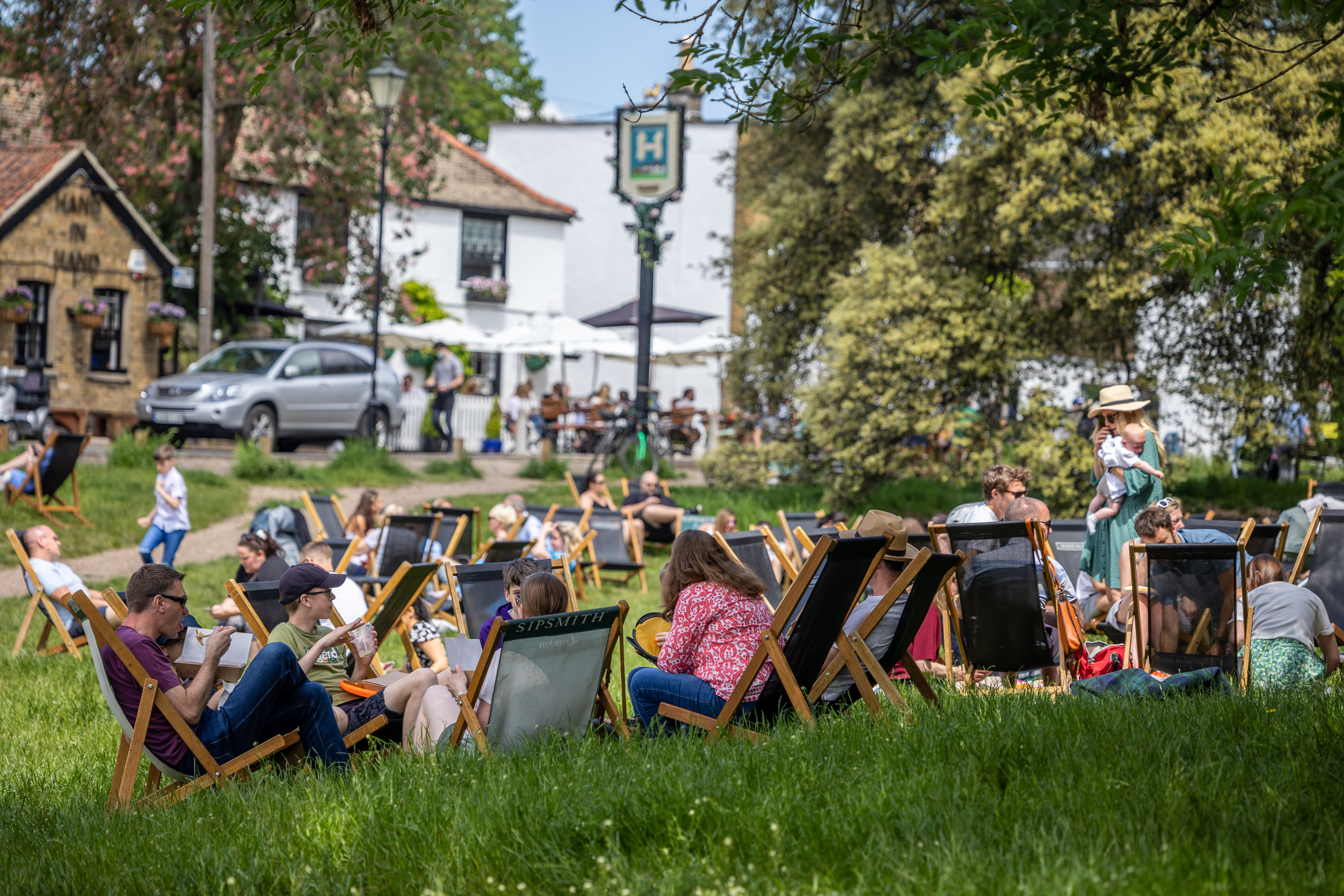 Brits sick of the miserable May weather enjoyed a sunshine break in deck chairs on Wimbledon CommonCredit: LNP 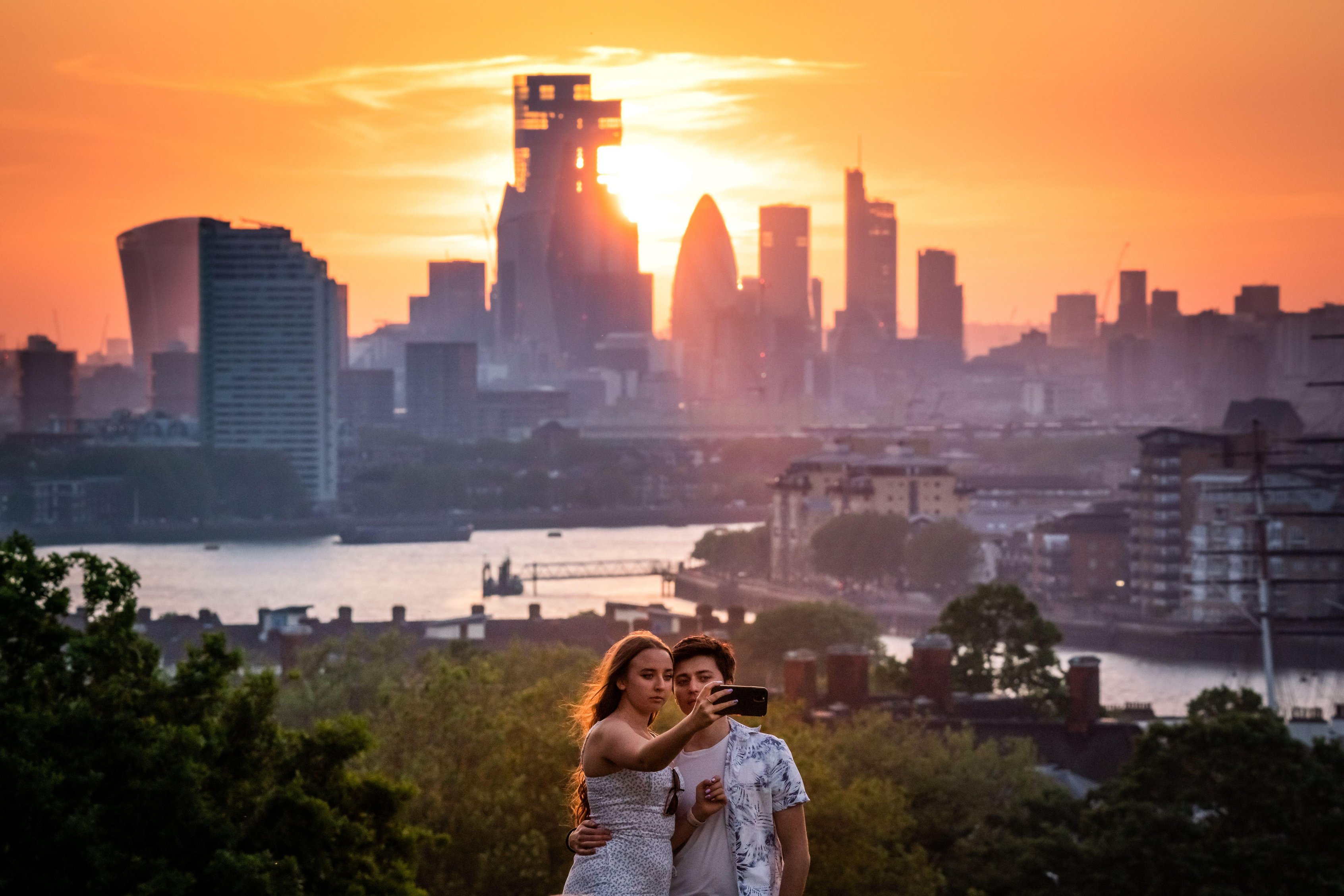 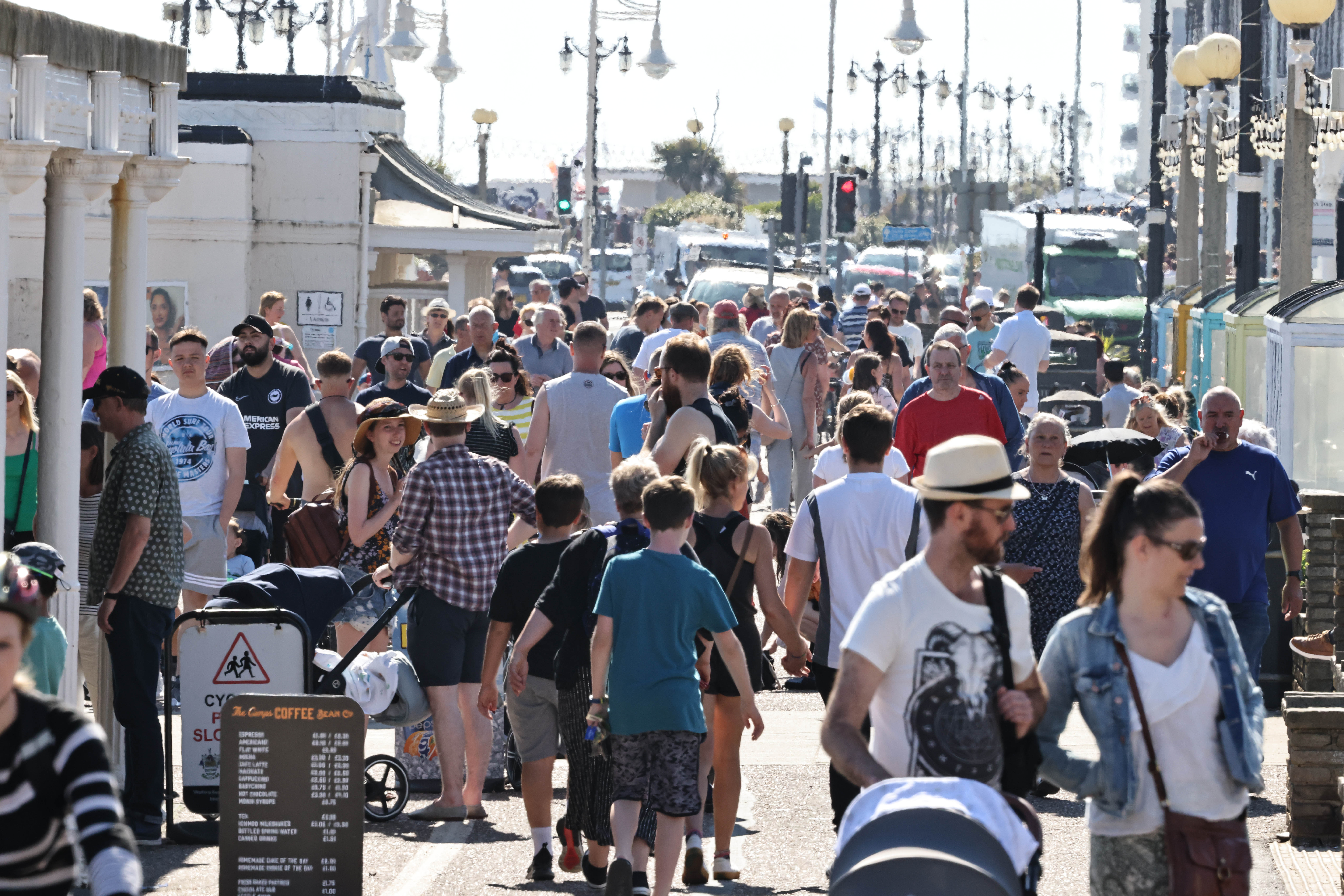 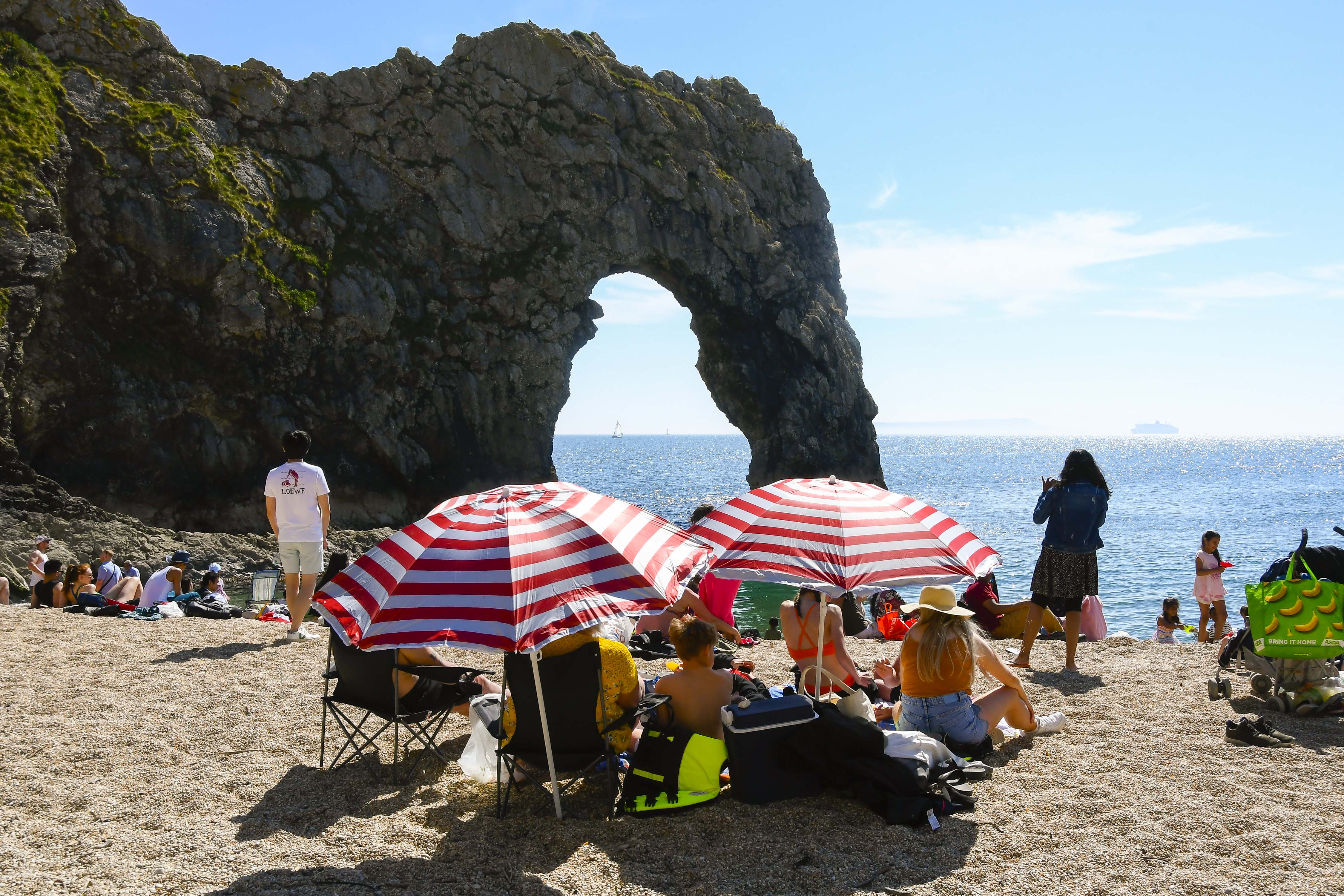 The east coast of England has been noticeably cooler than anywhere else, she said.

“There is quite a lot of low cloud, mist and fog in east coastal areas and that will stay for the next few days, so highs of between 12C and 16C there – quite a lot lower than elsewhere,” she said.

And while temperatures will rise again tomorrow, she warned Brits to make the most of the weather – as thunderstorms could be on the way.

“There will potentially be some thunderstorms by midweek,” she said.

“The first bout of showers will come into parts of the south-west.

“There’s a chance of some thundery breakdowns in the south-east.

“We could have some quite intense storms there. 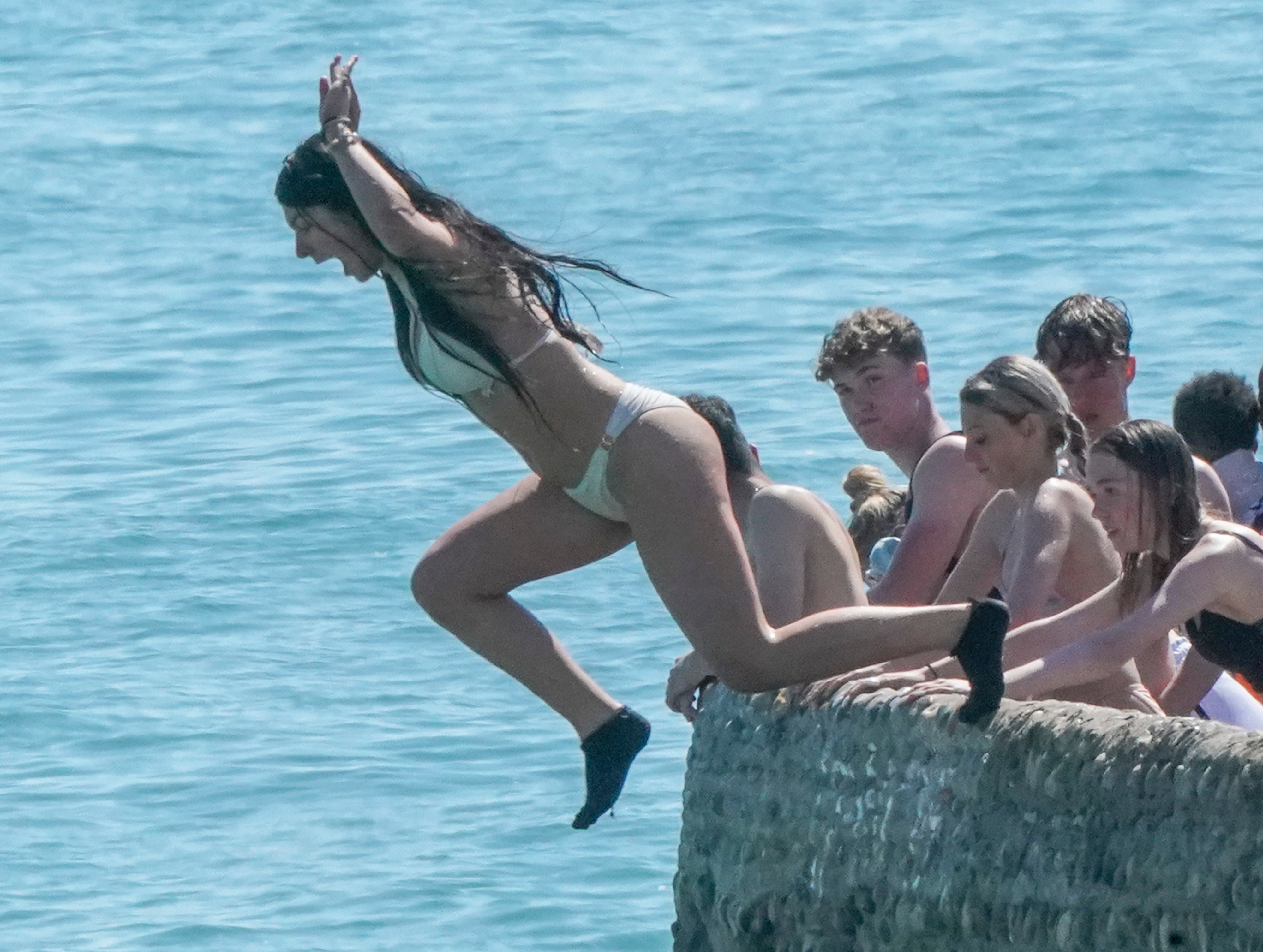 Friends leapt into the sea to cool off in BrightonCredit: Getty 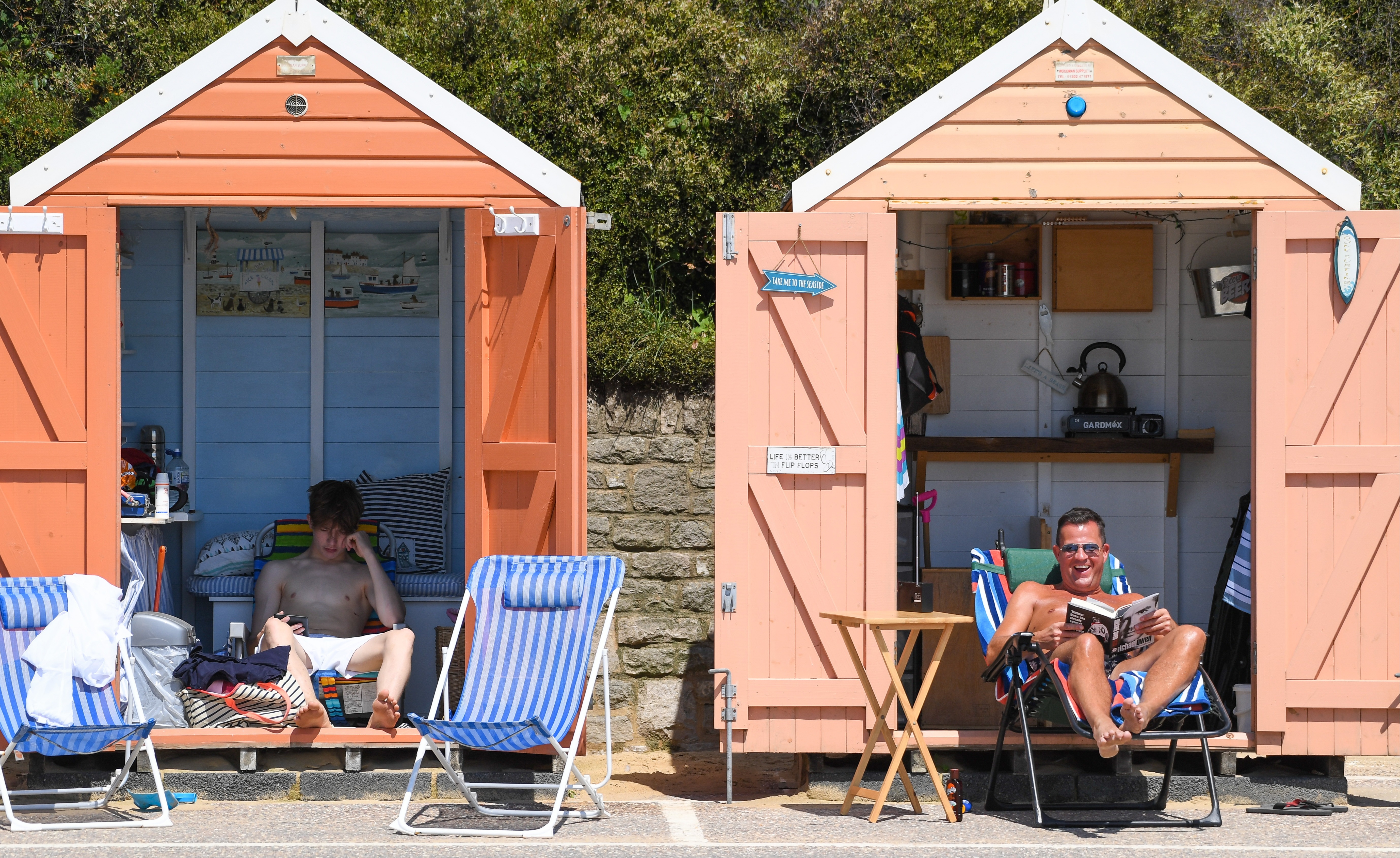 But the luckiest had their very own beach huts along Boscombe beach in DorsetCredit: Getty 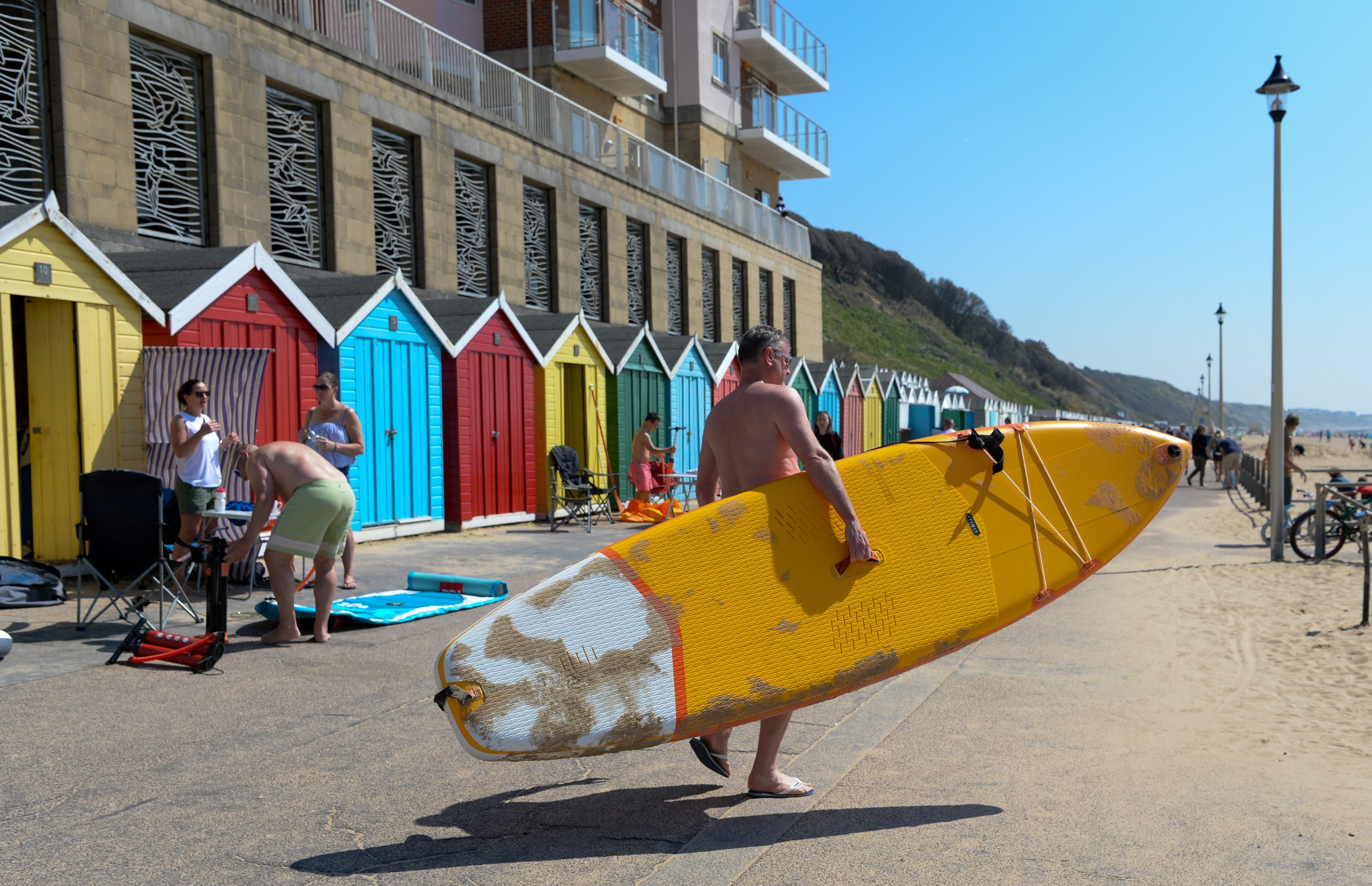 One boarder heads out to make the most of the calm water in BournemouthCredit: Getty

“There’s still a lot of uncertainty but with the warm and humid weather we are having we have the key ingredients for thunderstorms.”

But some forecasters say June is set to be gorgeous.

Brian Gaze of The Weather Outlook said it’ll be all change from a mostly miserable May.

“Probability forecasts look dry and warm – a few of the runs turbocharge the heat towards mid-June,” he said.

“What a massive U-turn this is becoming.”

And bookies have slashed the odds on this month being the hottest June ever.

Having been a 4/1 shot last week, Ladbrokes has now cut odds to just 7/4 on next month boasting record-breaking heat. 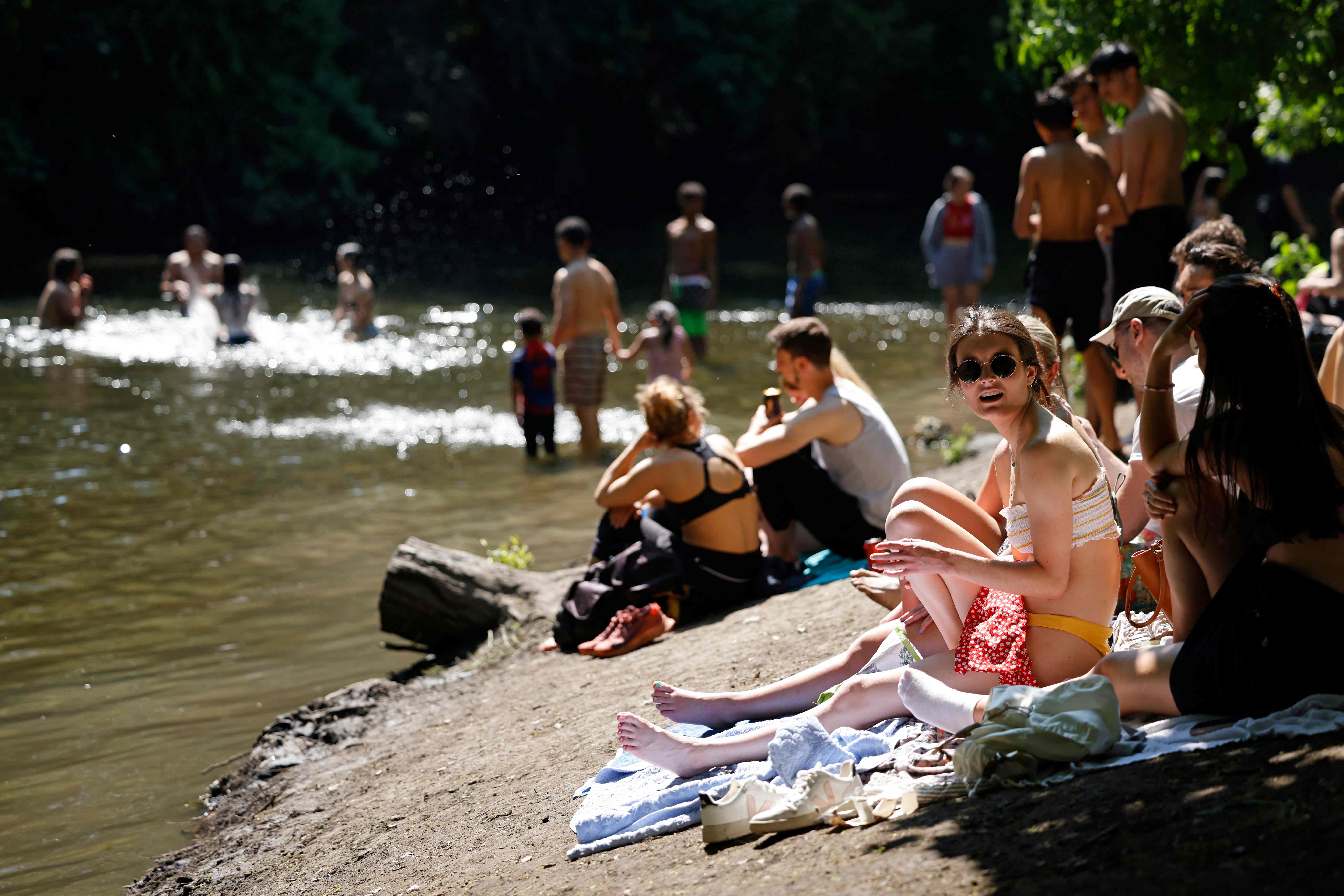 Hackney locals splashed about as the mercury rocketedCredit: AFP 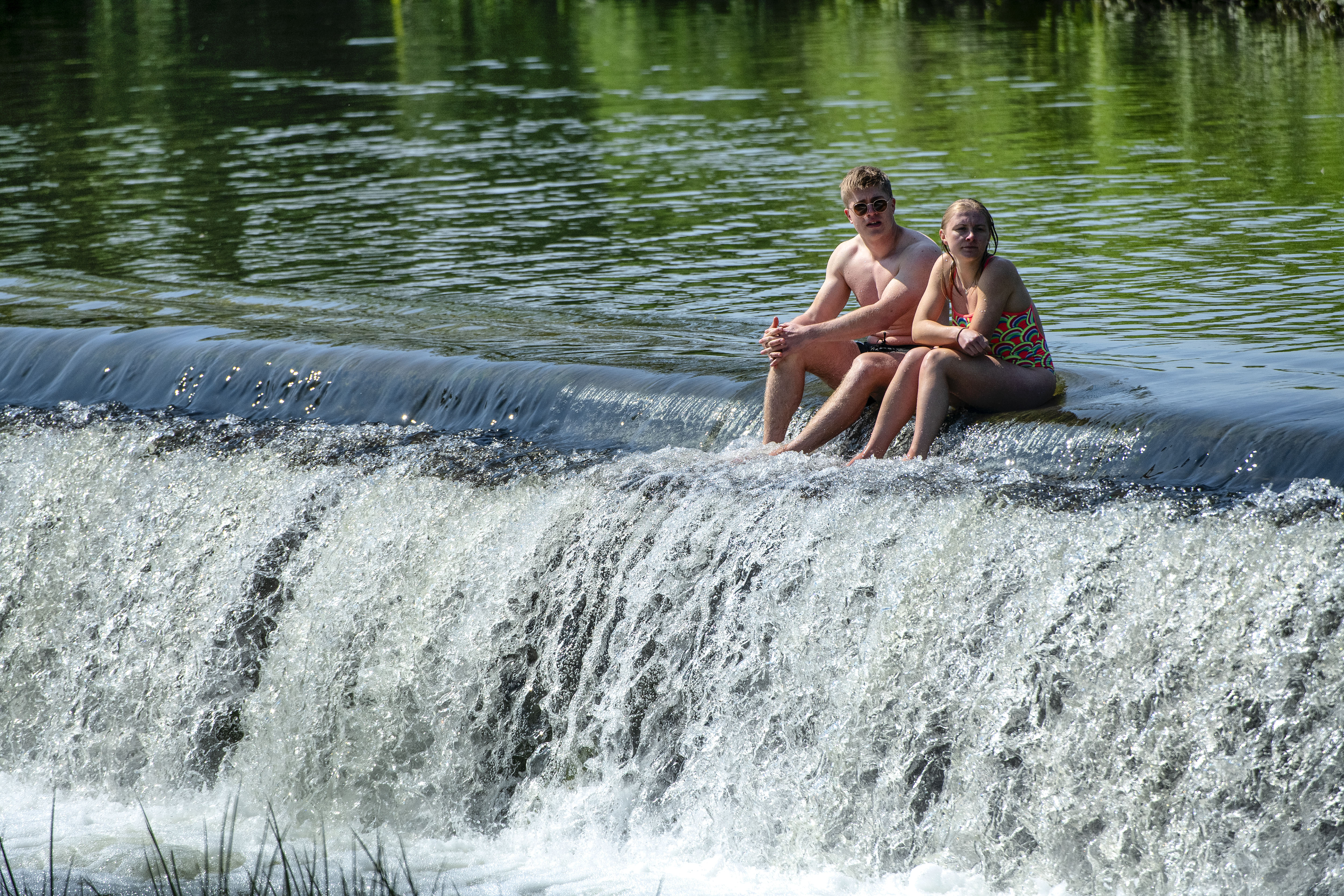 Those really in need of a break from the heat waded into the River Avon in SomersetCredit: ANDREW LLOYD 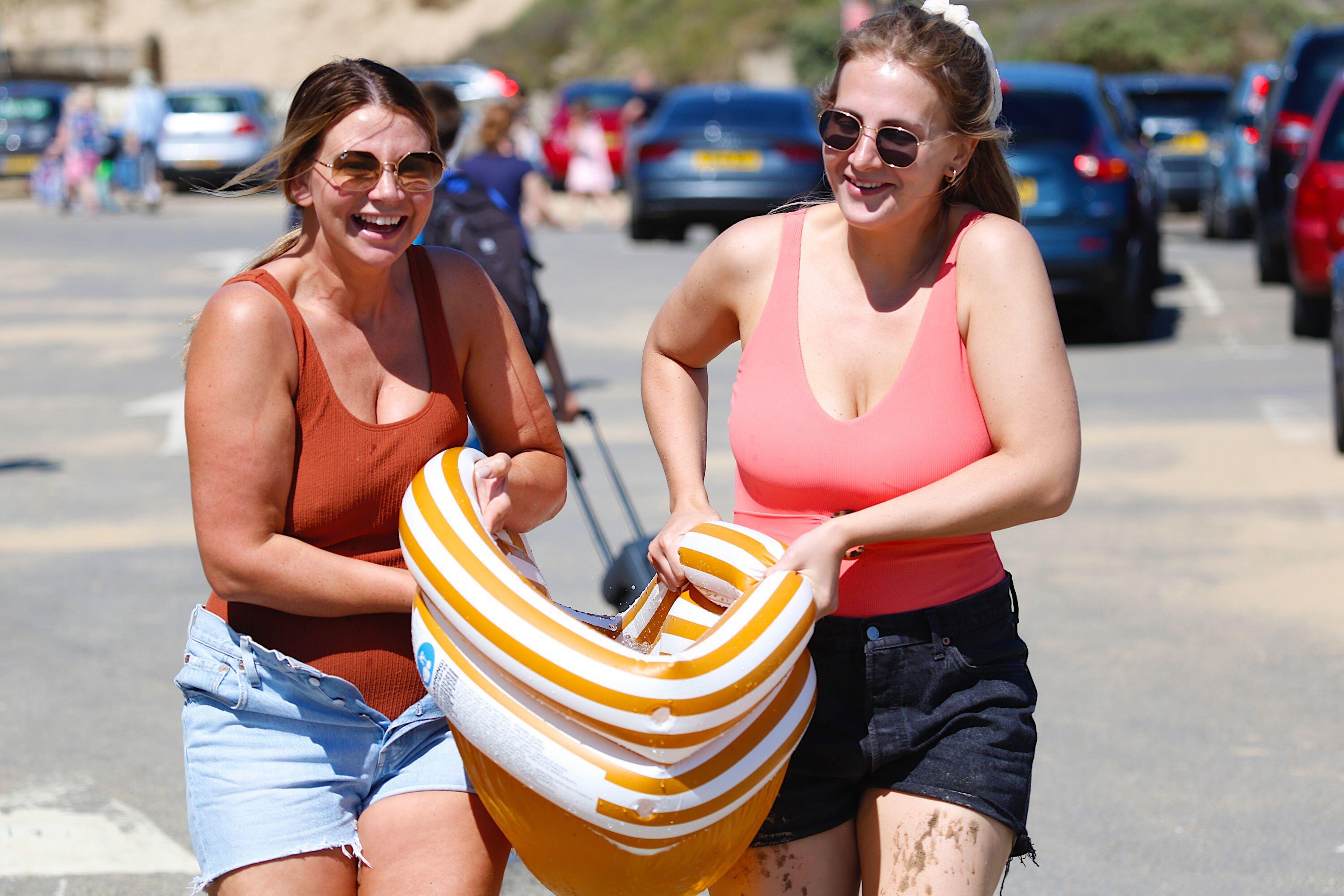 But many Brits chose to take down the temperature with a cooling drinkCredit: Alamy 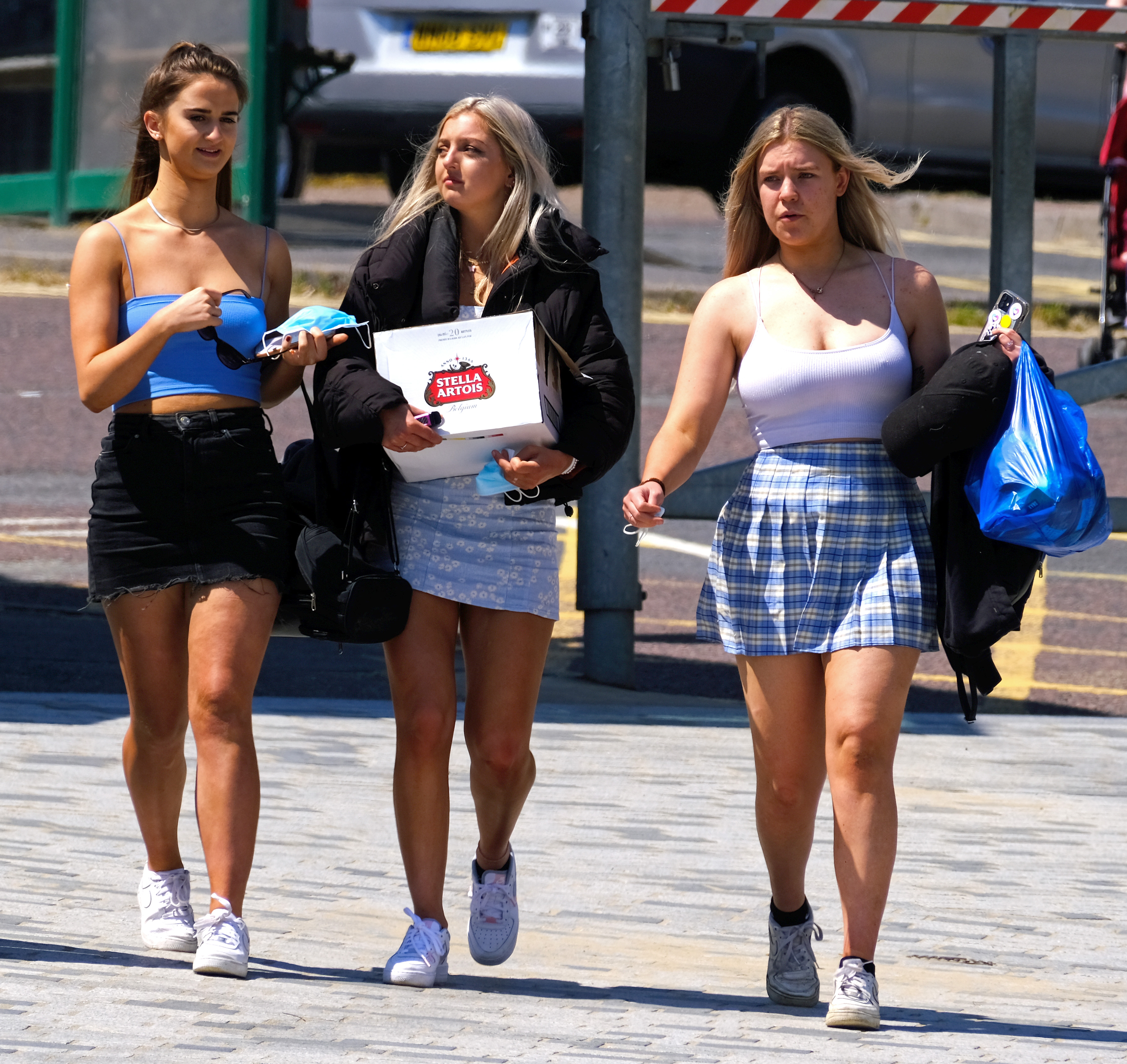 These friends hauled a crate of Stella to the seafront in BournemouthCredit: w8media

Alex Apati of the chain said: “It looks like the British weather has finally taken a turn for the better, with a record-breaking hot June potentially on the way.”

Many of us enjoyed the long weekend with trips to the beach.

The sand in Bournemouth, Dorset was rammed with visitors throughout the weekend.

Brighton’s bars and restaurants were also heaving with guests making the most of the stunning weather.

But residents of one plush London development had a completely different kind of experience on their bank holiday.

Daredevil swimmers with a serious head for heights took a cooling dip in the world’s first floating sky pool – 115 feet above the ground.

Architects fitted the pool between two blocks of luxury flats in Nine Elms.

And anyone brave enough to take a swim would have had uninterrupted views to the ground from the 10th floor. 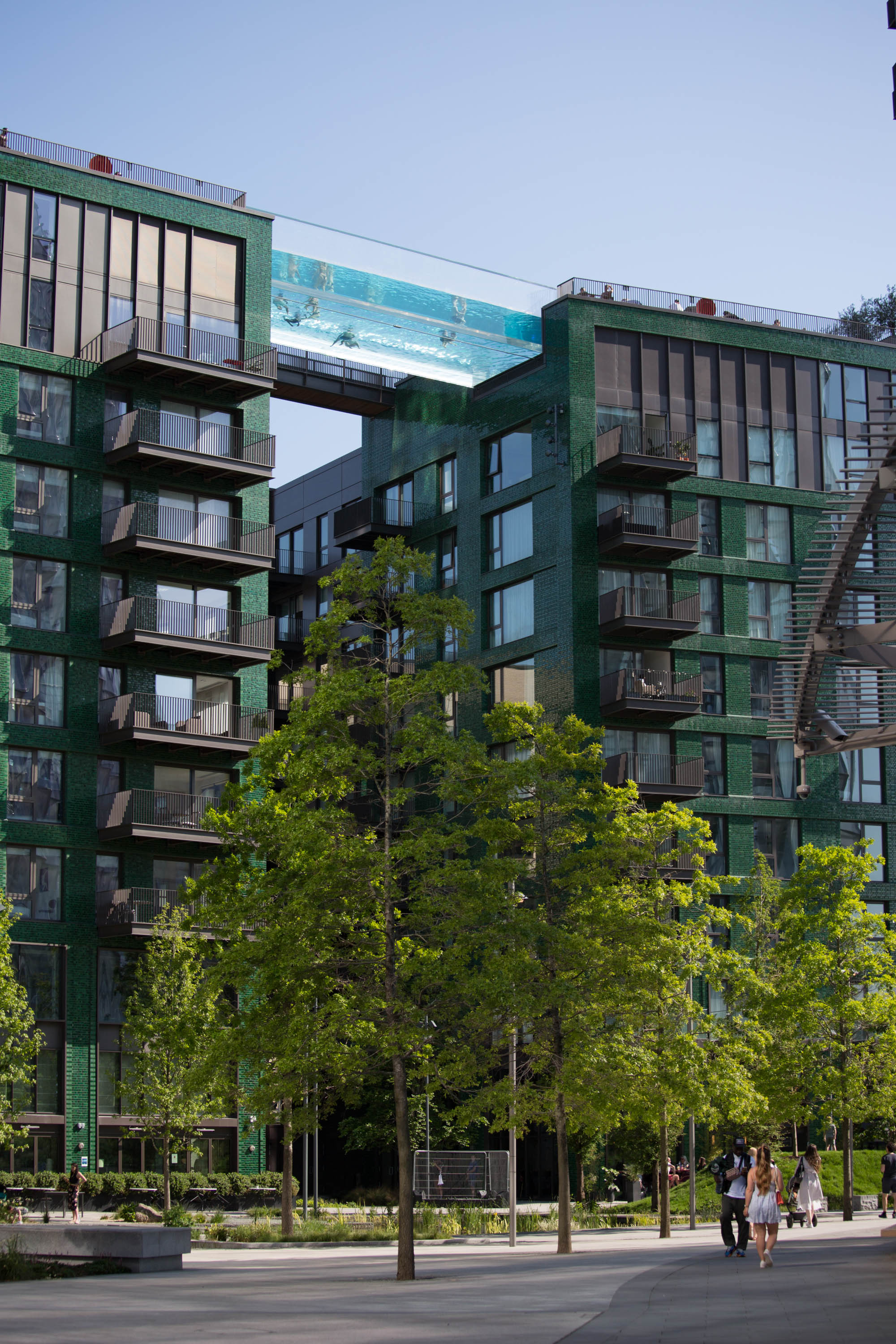 In London, brave swimmers took a dip in a glass-bottomed pool suspended between two buildingsCredit: LNP 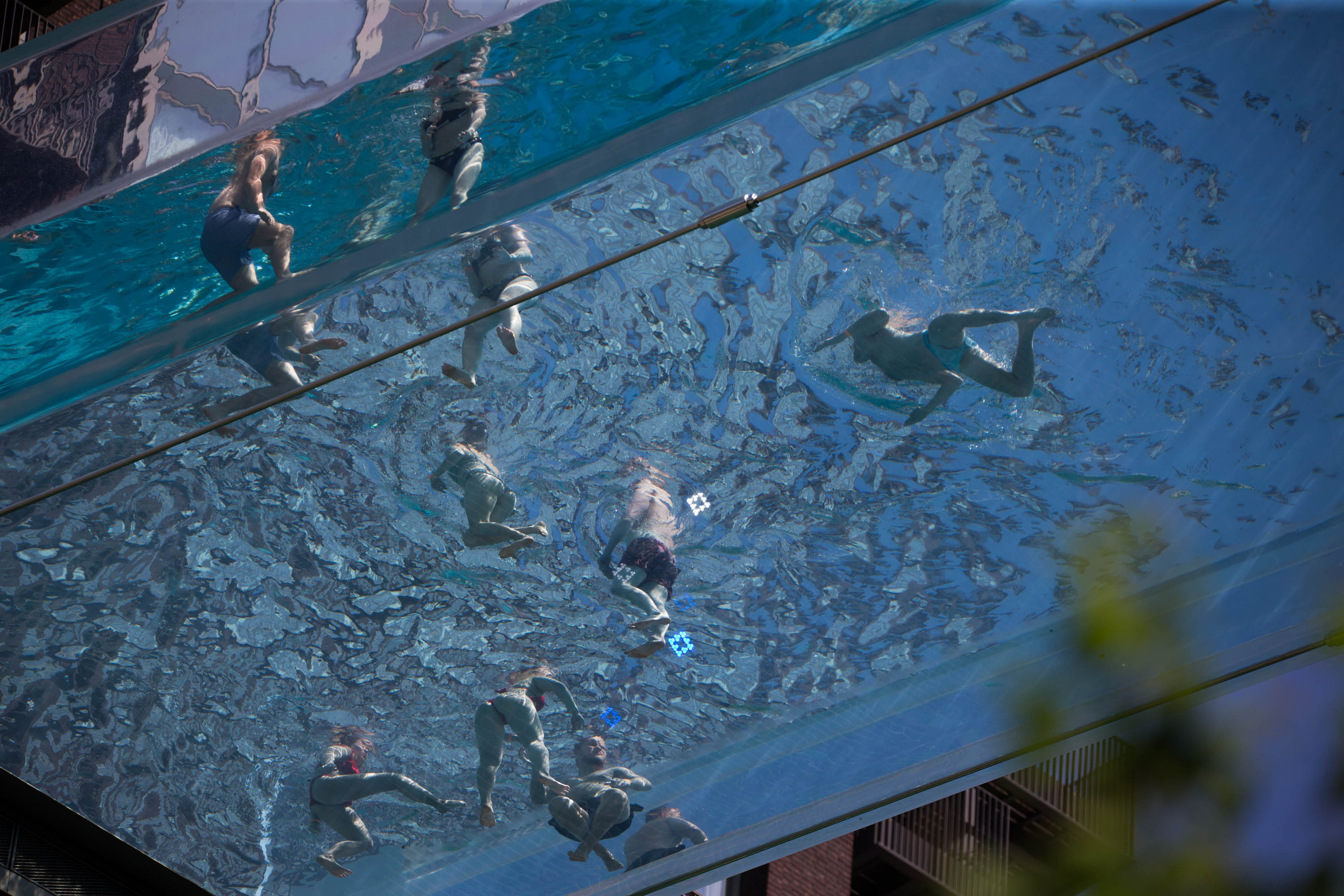