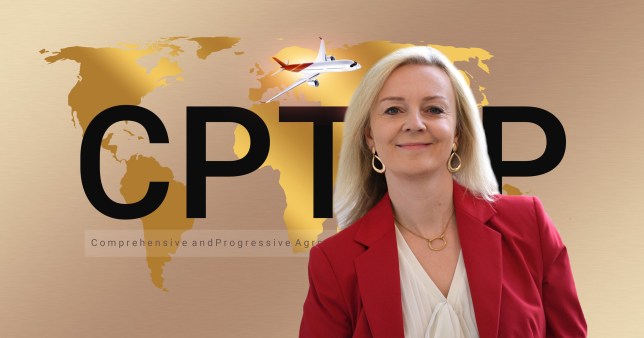 Britain is hoping to sign up to a £9 trillion free-trade pact with nations across the globe including Australia, Malaysia and Canada.

International Trade Secretary Liz Truss is due to speak to foreign ministers tomorrow to ask to join the Comprehensive and Progressive Trans-Pacific Partnership (CPTPP).

The government announced its ambition to become the first new country to join the partnership today, exactly one year since Britain formally left the EU.

It will not require Britain to give up control of our ‘laws, borders or money’, Ms Truss said in a statement.

Businesses including car manufacturers and whisky producers are set to benefit from lower tariffs, ministers say, with formal negotiations expected to begin later this year.

UK trade with the group was worth £111 billion in 2019, according to the Government.

Tomorrow we will formally apply to join #CPTPP ð¬ð§ 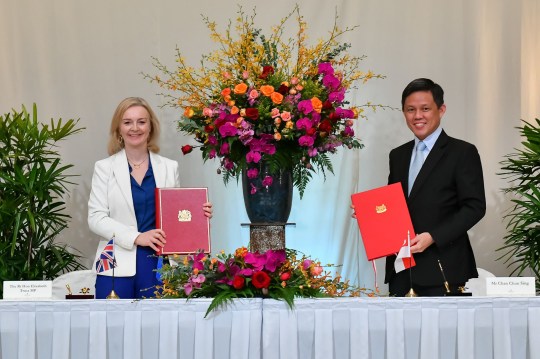 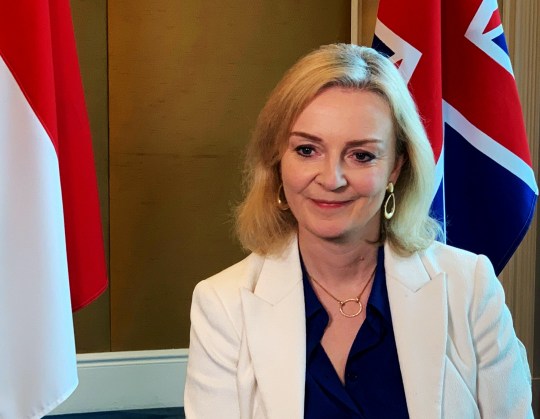 Ms Truss is due to speak to ministers in Japan and New Zealand tomorrow morning (Picture: Reuters)

‘Joining the £9 trillion partnership will cut tariffs for UK industries including food and drink, and cars, while also creating new opportunities for modern industries like tech and services, ultimately supporting and creating high-value jobs across the UK,’ Ms Truss said.

‘Unlike EU membership, joining does not require the UK to cede control over our laws, borders, or money.’

Boris Johnson said the new partnerships will bring ‘enormous economic benefits for the people of Britain’.

‘Applying to be the first new country to join the CPTPP demonstrates our ambition to do business on the best terms with our friends and partners all over the world and be an enthusiastic champion of global free trade,’ the Prime Minister added.

Businesses reacted positively to the plans, with the Federation of Small Businesses (FSB) saying it would help firms ‘thrive and succeed more than ever’.

Tomorrow the UK will take the first formal step toward joining the #CPTPP group.

This will mean:
ð lower tariffs on UK exports
ð©âð­ increased investment, supporting jobs across UK
ð new opportunities in the industries of the future 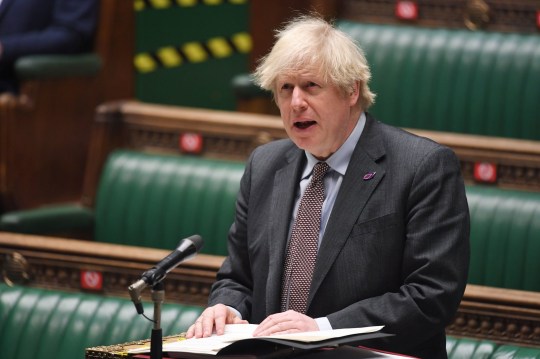 Boris Johnson says the new partnership will bring ‘enormous economic benefits’ – but Labour has urged the government to consult the public (Picture: PA)

But Shadow International Trade Secretary, Emily Thornberry, said Labour will closely scrutinise any pact and urged the Government to consult the public.

‘Like any other trade agreement, the advantages of joining the CPTPP will have to be assessed once we see the terms on offer.

‘People will rightly ask why we have been through five years of debate in Britain over leaving a trade bloc with our closest neighbours only to rush into joining another one on the other side of the world without any meaningful public consultation at all.’

Ms Truss insisted joining the pact would ‘create enormous opportunities for UK businesses that simply weren’t there as part of the EU’.

‘We’re at the front of the queue and look forward to starting formal negotiations in the coming months,’ she added.

Carole Baskin ‘so sick’ of talking about Tiger King