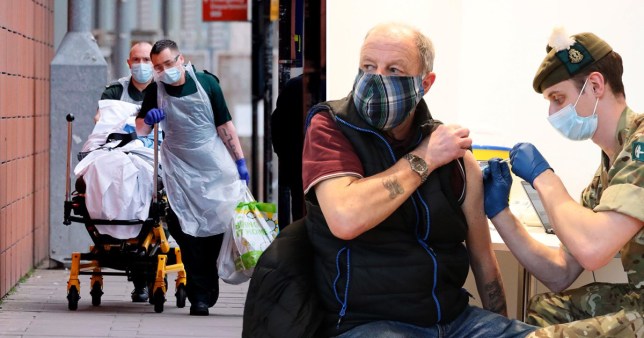 Easing lockdown slowly and ‘ramped up vaccinations’ would still lead to over 130,000 deaths between now and next June, scientists have warned.

A report to the Government’s advisers claims vaccines are ‘insufficient’ to allow the UK to go back to normality ‘within the year’.

Academics who authored the paper, including Professor Neil Ferguson whose modelling led to the original lockdown, said 3 million doses a week were considered  ‘critical to avoid exceeding national hospital capacity after the current wave’.

But even if this target was met and restrictions were lifted gradually, the dossier predicts 130,800 people could die between now and June 2022.

The Imperial College research, which the Government’s Scientific Advisory Group for Emergencies (Sage) looked at on January 14, was based on the prediction that the country would slowly reopen between March and July.

The team concluded that a ‘more cautious approach’ to gradually lifting lockdown may be needed.

Boris Johnson will unveil his roadmap out of restrictions on February 22, with reports today suggesting pubs could reopen in May.

Prof Ferguson’s team suggested that easing measures to last summer’s level, with six people allowed to meet inside, could be the way forward as this will only create ‘minimal’ further virus burden.

In reality more freedoms may be granted, as the modelling also assumed around 50,000 people would be in hospital with coronavirus by the middle of February.

Hospitalisations have never gone higher than 40,000 and are currently at 30,508, as of February 3, according to official figures. 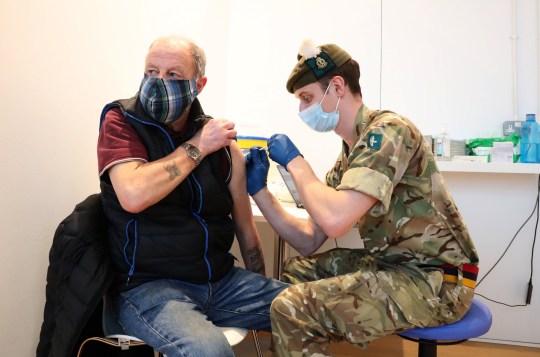 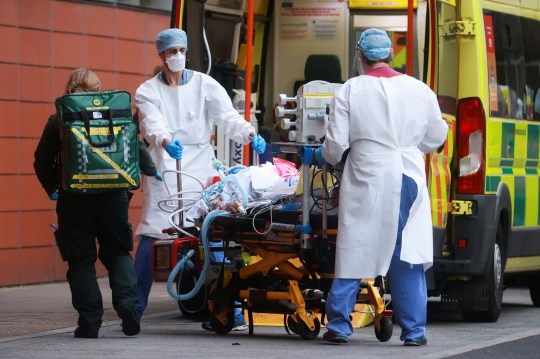 The paper also assumes that about 50,000 coronavirus patients would be hospitalised by mid-February (Picture: Reuters) 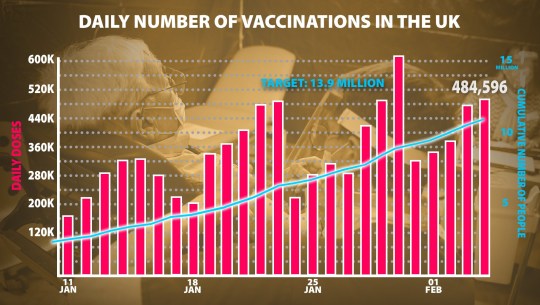 It comes as the Government revealed it is aiming to vaccinate all nine of its priority groups by spring.

Health Secretary Matt Hancock confirmed the goal on Friday at Gatwick Airport when he told reporters:  ‘My plan is that we should be able to offer a vaccine to everybody in categories one to nine – that’s all the over-50s – by May.

‘Lots of things have got to go right to hit that goal, especially supply, which is the rate-limiting factor, but I’m sure, working with the NHS and everybody else who is making this happen, that if we keep going at the pace we can, then we can make sure all the over-50s get the offer of a vaccine by May.’

If over-50s are vaccinated by the end of May, that will mean around 32 million people will have received the jab.