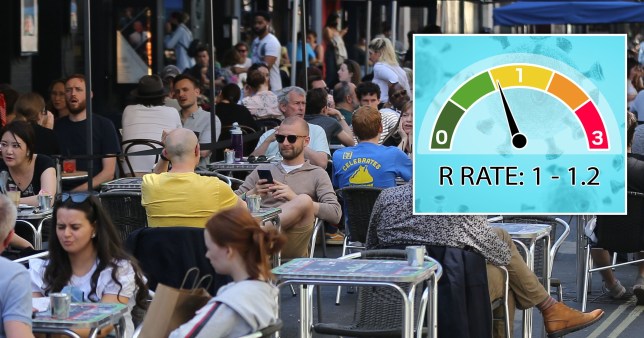 The latest government figures put the number at between 1 and 1.2 (Picture: Rex)

Boris Johnson’s plans to release England from lockdown took another blow today as the latest R-rate suggests the spread of Covid is increasing.

The most recent government figures put the reproduction number at between 1 and 1.2.

It was estimated to be between 1 and 1.1 last week – the highest range since mid-January.

The R number represents the average number of people each Covid-19 positive person goes on to infect. When the figure is above 1, an outbreak can grow exponentially but when it is below 1, it means the epidemic is shrinking.

An R number between 1 and 1.2 means that, on average, every 10 people infected will infect between 10 and 12 other people.

The figures for R and the growth rate are provided by the Scientific Advisory Group for Emergencies (Sage). 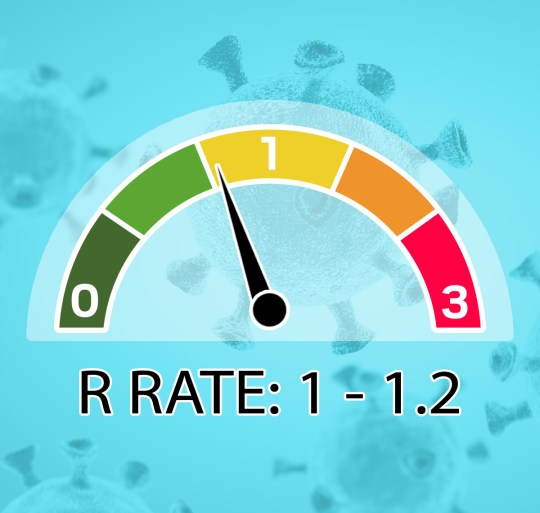 An R number between 1 and 1.2 means that, on average, every 10 people infected will infect between 10 and 12 others (Picture: Metro.co.uk)

The update comes after a leading expert warned that the prime minister faces a ‘very difficult’ call on whether to drop restrictions on June 21.

Professor Neil Ferguson, whose modelling was instrumental to the UK locking down last March, suggested a ‘cautious’ approach is needed as the Government balances the potential risks against a desire for normality.

He said the full effect of easing some restrictions on May 17, such as indoor mixing in pubs, is yet to be understood and further data is required. 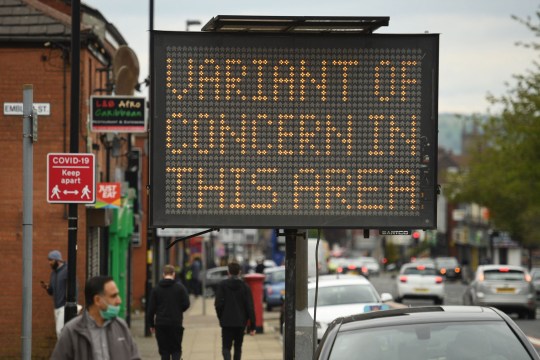 Questions remain over the impact of the so-called Indian variant (Picture: AFP via Getty)

While Jeremy Farrar, director of Wellcome, said the June reopening ‘is perhaps the hardest UK policy decision of the last 18 months’.

For the Government, Communities Secretary Robert Jenrick said there is ‘nothing at the moment that suggests that we won’t be able to move forward’ with the next stage of lifting restrictions on June 21.

Mr Johnson has come under pressure to move ahead with the June 21 unlocking – dubbed ‘freedom day’ by some – given the huge uptake of Covid-19 vaccines in recent months.

But questions remain over the impact of the so-called Indian variant of Covid, also known as the Delta variant, on hospital admissions and deaths.