A pensioner was able to kiss his wife of 61 years for the first time in eight months after moving into her care home to be with her.

The couple had never spent longer than a few days apart since tying the knot in 1960.

But in July last year, Barbara was forced to move into Bradwell Hall care home in Staffordshire after being diagnosed with Alzheimer’s disease.

In the video of their reunion, Lewis is heard saying ‘I’ve waited so long for this’ and ‘I’ll be stopping here now’ as the pair hold hands and hug.

Care home staff can also be seen overcome with emotion as one worker tells Barbra: ‘I told you he was here…you’re together now, aren’t you?’

Lewis was only allowed to visit his wife once a week due to Covid restrictions, when the couple would be separated by a glass screen meaning they could not hug or hold hands.

He decided to move into the same care home after suffering with ill-health. 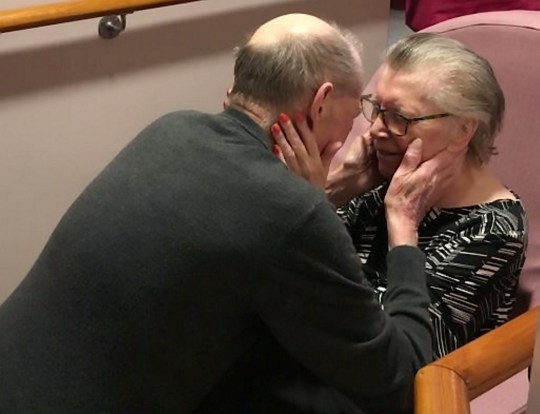 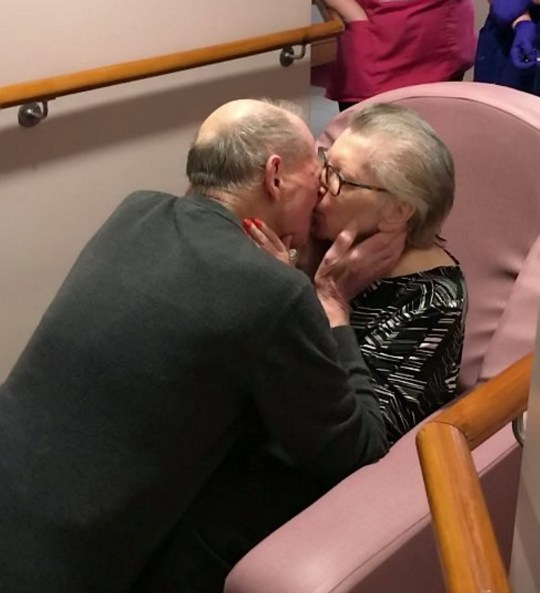 The couple marked their emotional reunion with a kiss (Picture: Danielle Valentino / SWNS)

She said her dad was anxious beforehand that his wife wouldn’t recognise him and described it as ‘like having their first date again’.

The married mum-of-one, from Stoke-on-Trent, said: ‘He was apprehensive and didn’t sleep the night before he was so nervous.

‘He had a shave that morning and said it was like having a first date again.

‘The girls at the home did mum’s hair and her nails. They were absolutely great. 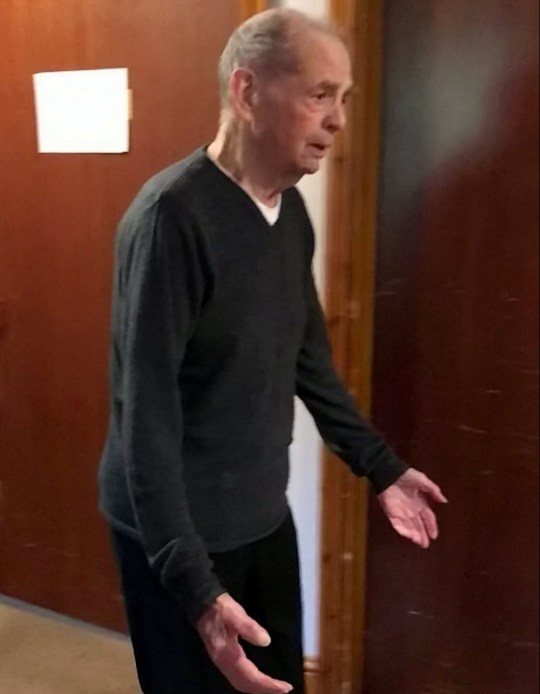 ‘He has always been loved up with her since they first met when he was 20.

‘It was very emotional to watch the video and bitter sweet really to have both parents in care homes.

‘But we were delighted to see them back together after so long apart.

‘It was wonderful to see them holding hands and smiling and so emotional.’

Sam said her father, a retired car dealer, had been ‘very lonely’ after her mother, a former NHS nurse, moved into the care home. 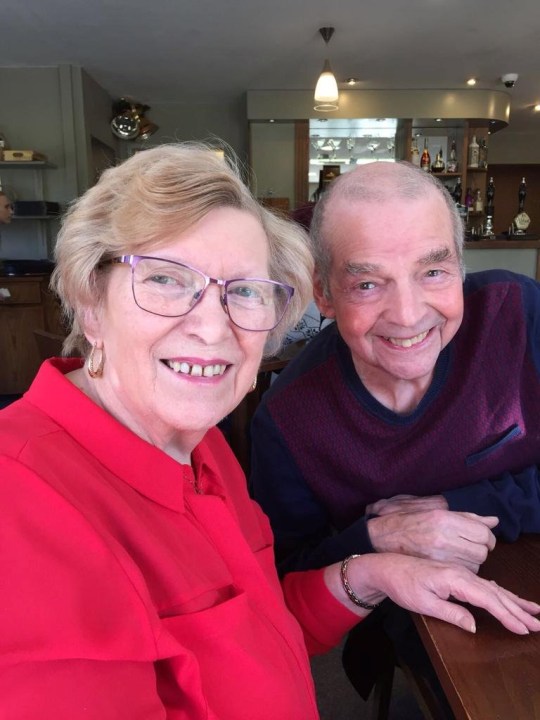 Lewis and Barbara Tunnicliffe have been married for 61 years (Picture: Sam Jackson / SWNS) 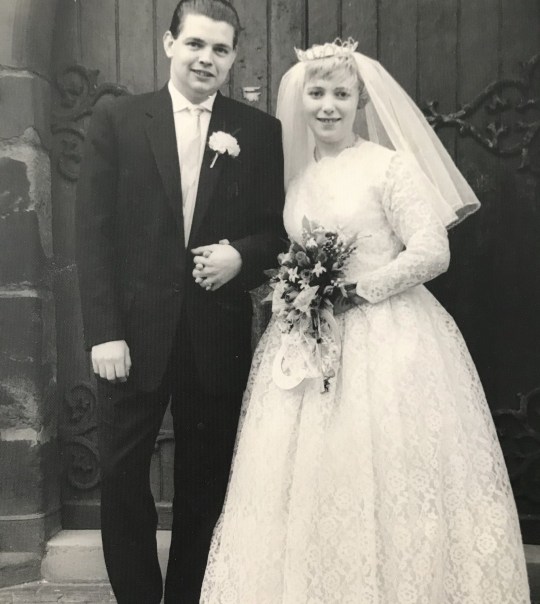 Barbra was taken to hospital after a fall during the first lockdown, and it became too hard for Lewis to look after her on his own.

She moved into the care home on the street where they live and they got by with once a week ‘pod’ visits until Lewis fell ill himself after Christmas.

‘He was struggling to look after himself at home,’ Sam said.

‘He needed 24 hour care so we decided as a family to get him a room at Bradwell Hall. 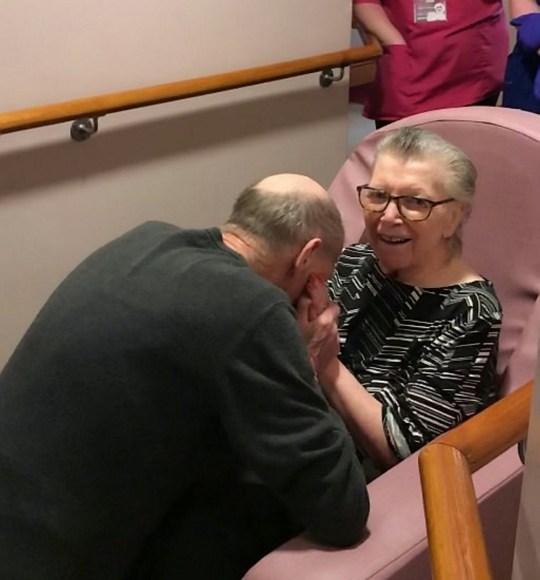 Lewis and Barbara will be living together at the same care home (Picture: Danielle Valentino / SWNS)

‘The home then moved mum into his unit and that was the reunion at tea time on Friday.

‘Before then he hadn’t seen her properly or held her hand for several months, but now he’s going to be living there.’

The couple met in 1958 while Barbara worked in a chemist in Burslem, Stoke-on-Trent, and Lewis had just completed his National Service.

They married two years later and have two daughters and four grandchildren.

Accountant Sam said: ‘At first because her dad was strict the only time they could see each other was when he walked her home from work.

‘They weren’t allowed to go on dates until she was older. They married in 1960. She became a theatre nurse and he worked in a car dealership until they both retired.

‘It’s so lovely that they will be able to be together again as they have been inseparable for most of their lives.’