COVID deaths in the UK have HALVED in a week as 56 more fatalities were reported in the last 24 hours.

A further 4,040 positive cases of coronavirus were recorded in the last day since the Rule of Six returned to England – bringing the total to a staggering 4,341,736. 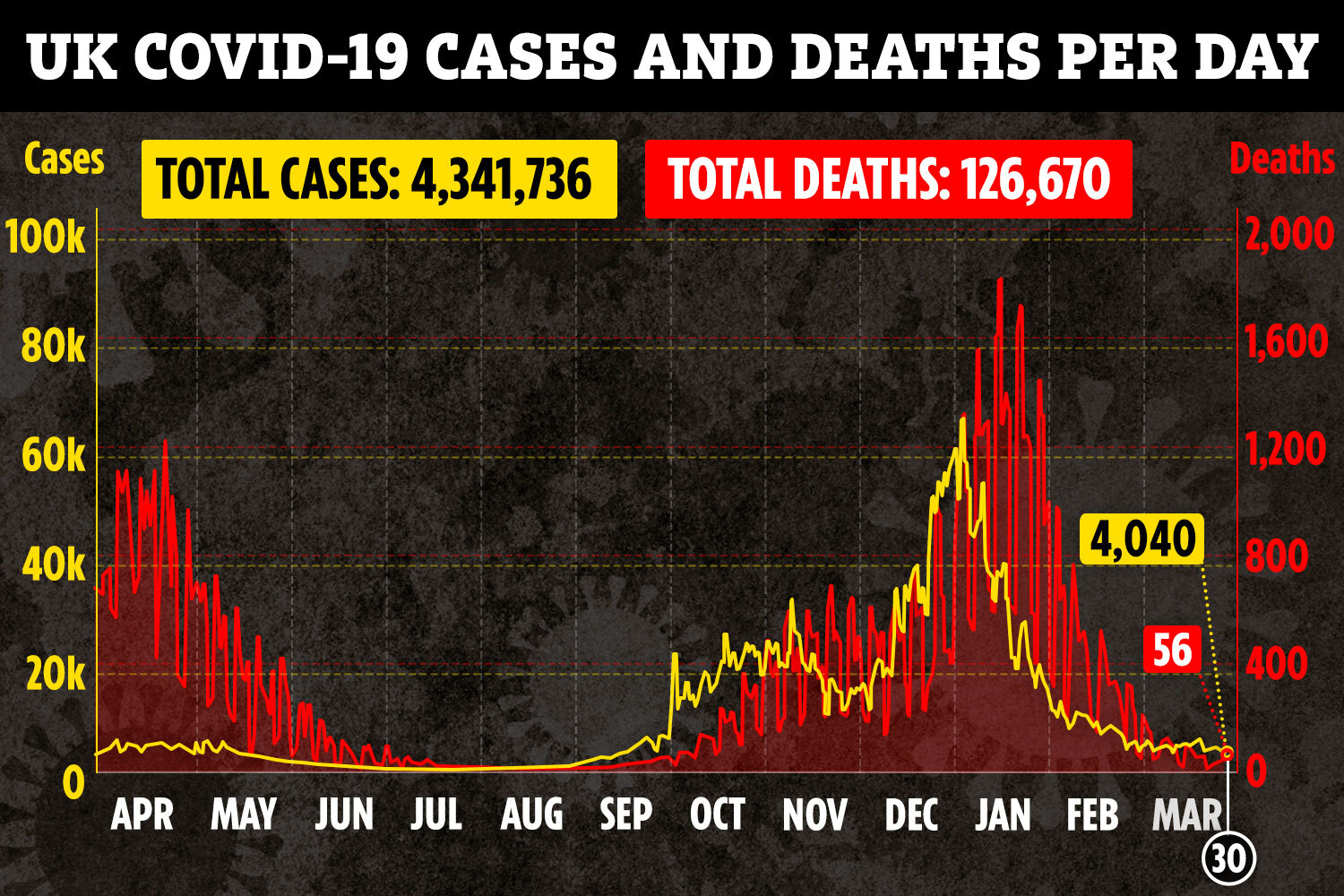 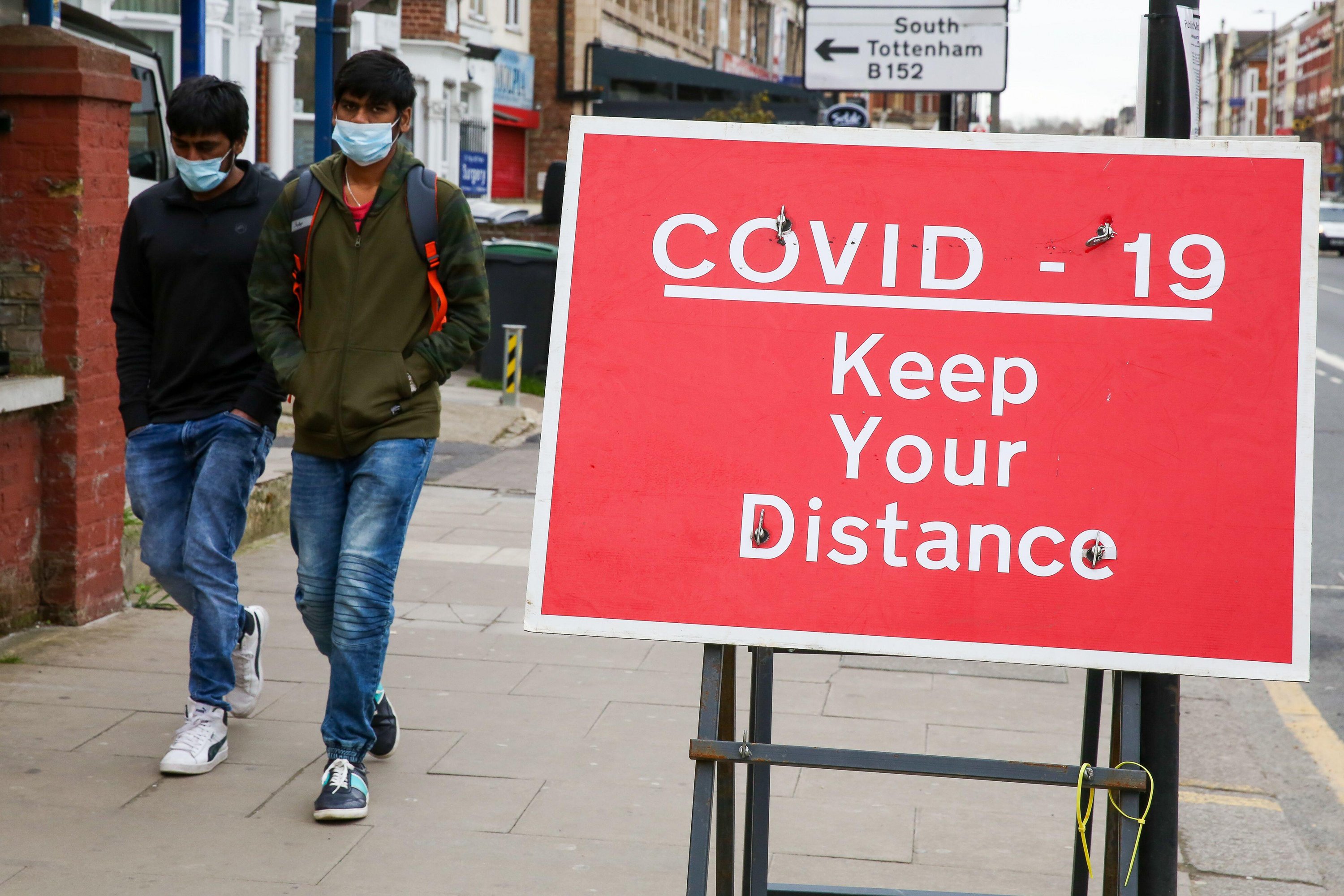 The number of Covid cases has plummeted compared to this time last weekCredit: Alamy

And today’s coronavirus deaths brings the total grim figure to 126,670.

Yesterday, 4,654 more cases of Covid were reported in Britain, while 23 people lost their lives to the virus.

But today’s infection figure is down from this time last week, when 5,379 positive cases of the virus were recorded.

And the daily death toll was also higher on March 23, when 112 fatalities were reported in the UK.

NHS England data shows that the total number of first doses of the vaccine given throughout the whole of the UK now stands at 30,680,948.

The UK’s blitz vaccine campaign will hopefully be the key to bringing the country out of full lockdown within the next few months.

Meanwhile, more than half of Brits now have Covid antibodies – piling pressure on Boris Johnson to unlock the UK from restrictions even faster.

Around 54 per cent of people in England are likely to have tested positive for antibodies this month, according to the Office for National Statistics.

The encouraging figures come as Britain’s vaccine roll-out continues to power on.

Elsewhere in the UK, around 50 per cent of people in Wales and 49.3 per cent in Northern Ireland are estimated to have antibodies.

About two in five people in Scotland are likely to have tested positive for antibodies in the week up to March 14.

Across England, an estimated 60 per cent of those in North West England and 50 per cent in South East England also have antibodies.

The figures are for people in private households and do not include hospitals and care homes.

And more good news shows that UK’s fourth Covid vaccine could be given the green light in just four weeks.

An expert has revealed that the jab from Novavax could add to Britain’s armour against the disease with regulatory approval expected shortly.

Professor Paul Heath, chief investigator for the Novavax jab trial in the UK, said it would help keep up the “momentum” of the vaccine programme.

Meanwhile, more than 30 conspiracy theorists descended on a Tesco store without masks in a “selfish” protest on the weekend.

Dozens of people flouted Covid restrictions and brazenly went about their shopping trip in the store in Chelmsford, Essex.

Footage of the group was filmed at the Tesco store in Princes Road, Chelmsford, on Saturday after the protest was advertised on social media.

An image posted on Twitter invited participants to “join us for a spot of maskless shopping.”

Their actions have been slammed by the police and council.