UK Covid deaths today rose by 345 – down by a third on the figure recorded this time last week.

Another 8,523 infections were confirmed, meaning 4,163,085 have now tested positive for the bug in Britain since the start of the pandemic. 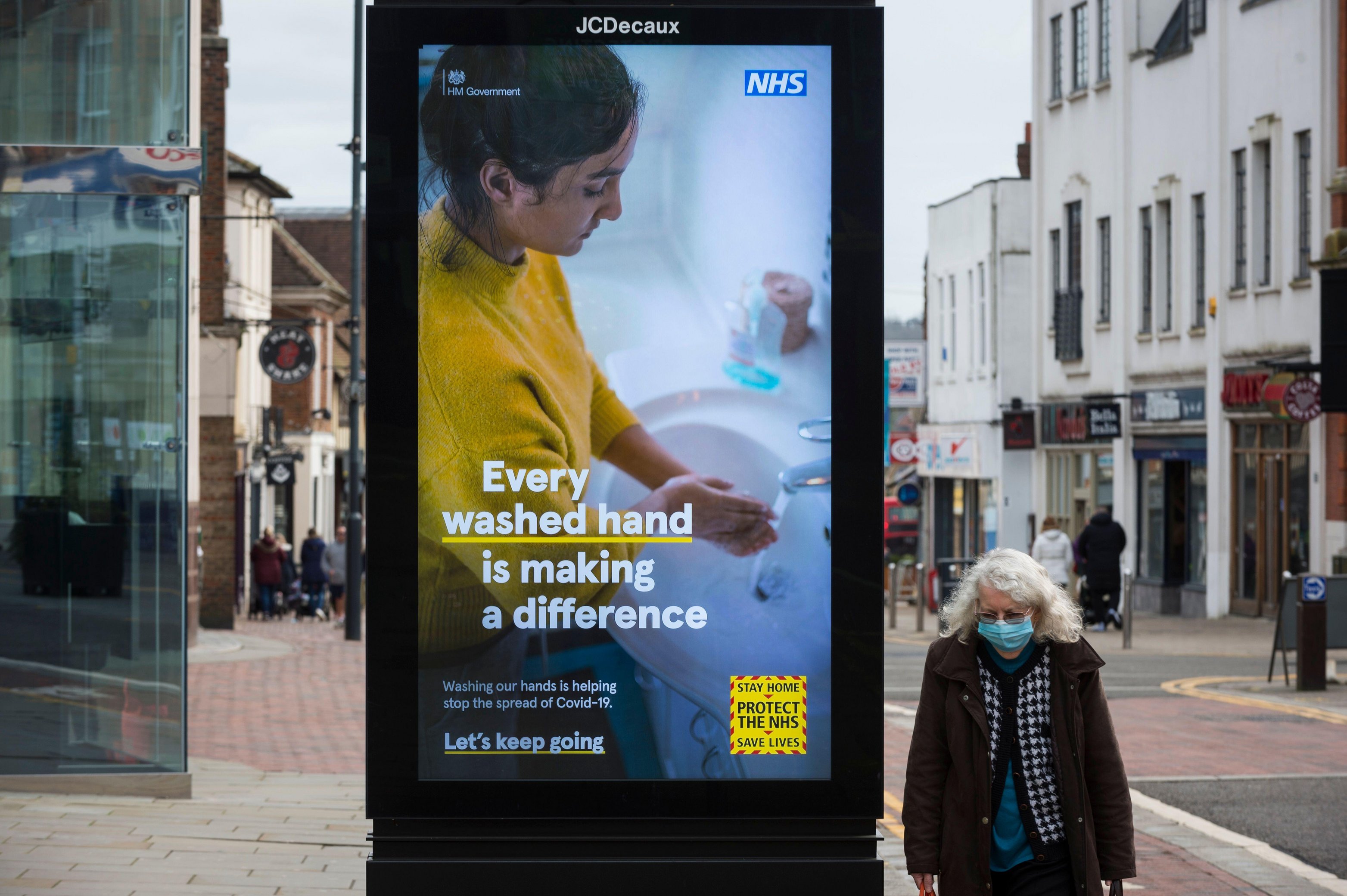 A woman wears a mask as she passes a Covid sign in Watford, HertfordshireCredit: Alamy Live News

The number of deaths confirmed today is down 35 per cent on the figure recorded last Friday (533).

In England, a further 307 fatalities were confirmed, meaning 82,717 have now died from Covid in English hospitals.

The patients, who died between November 3 and February 25, were aged between 34 and 100.

All except nine had underlying health conditions.

Two more people have died from the bug in Northern Ireland.

It comes as the next stage of the vaccine rollout was revealed today, with scientists confirming those aged between 40 and 49 will be next in line for the jab.

It means teachers and police officers will not be able to jump the queue – despite massive pressure to speed up jabs for some in the public sector.

The JCVI concluded that the most effective way to prevent death and hospital admissions is to carry on prioritising people by age, rather than profession.

Ministers aim to have all UK adults jabbed by July, while under-18s are not yet approved for the vaccine.

Not everyone, however, supports the plan, with asthma sufferers warning they are being put at risk.

The UK’s leading asthma and lung charities has warned the decision not to prioritise those with the condition “ignores the evidence”.

Sarah Woolnough, chief executive of Asthma UK and the British Lung Foundation, said: “The decision not to prioritise all people with asthma, who are not already in group four and six, ignores the evidence that they are more at risk of going to hospital with Covid and more at risk from long Covid.”

She added: “There are thousands of people with asthma who will rightly feel anxious, angry and ignored by government.”

The Health Secretary will confirm the next vaccine priority groups in a press conference at 5pm today.

Wetherspoons, Young’s and Greene King confirm whether you can book a table when they reopen