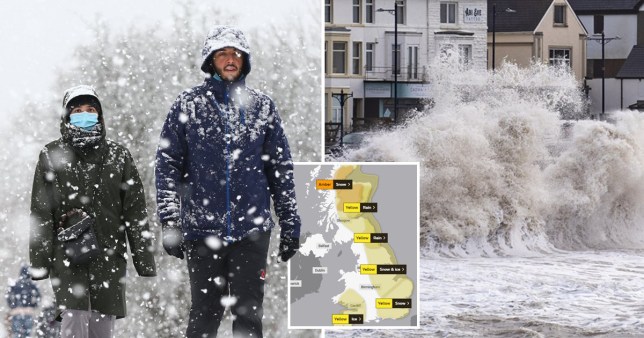 Amber weather warnings have been issued as the UK braces for heavy snow and strong winds this weekend.

Forecasters officially named the incoming Storm Darcy on Friday night, with 20cm of snow due in some parts of the country.

Cold air emanating from Russia and Eastern Europe will move across the UK over the coming days, bringing ‘significant snow’ to parts of Eastern England and Scotland.

Scotland is at risk of some flooding on Saturday, but rain will turn to snow on Sunday before the cold air spreads across the country.

Yellow National Severe Weather Warnings for snow and ice have been issued for the east from Saturday through to Wednesday.

An amber snow warning applies to Norfolk, Suffolk, Essex, and Kent on Sunday.

Chief Meteorologist, Paul Gundersen, said: ‘The UK is in for a notably cold and snowy period over the next week, with very cold air in place over the whole of the UK by Sunday.

‘Showers will see snow accumulating across eastern areas. Within the Amber warning area, more widespread snow is expected and we could see 5-10 cm of snow quite widely, with a chance that a few places could see 20 cm or more. 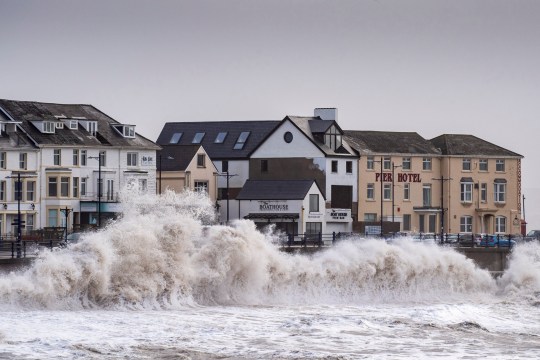 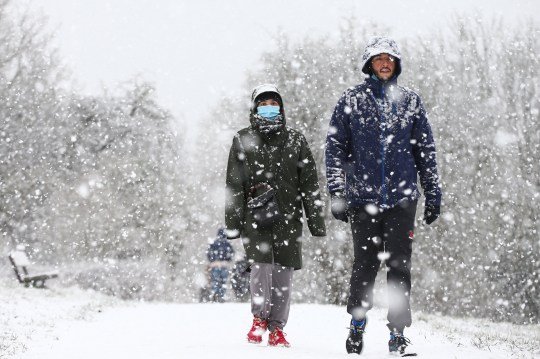 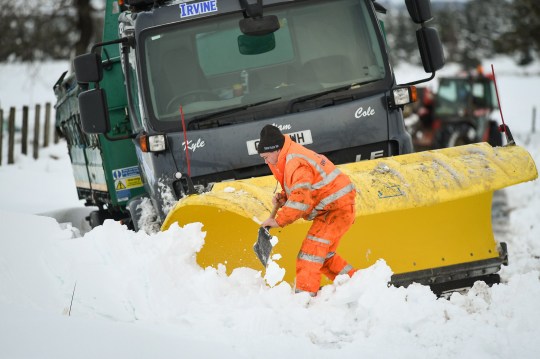 Some parts of the country can expect to see temperatures drop below freezing (Picture: Getty Images) 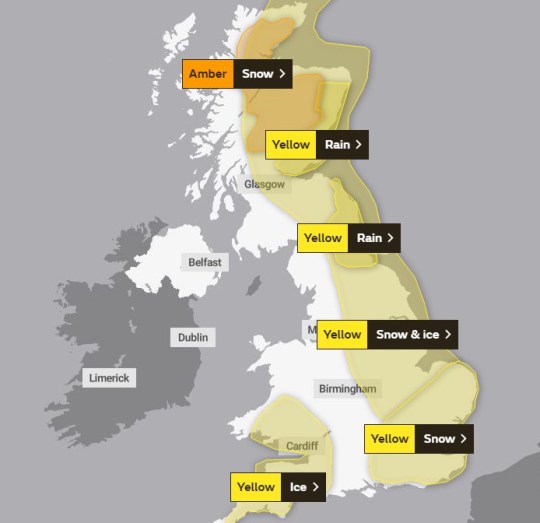 The cold weather is due to come from Russia and Eastern Europe (Picture: The Met Office)

Storm #Darcy has been named by the Dutch Met Service, KNMI, and is set to bring strong winds and heavy snow to southeast England late on Saturday and on Sunday, this easing through Monday

‘With such severe weather around it’s important to keep up to date with the latest forecast.’

Public Health England’s Dr Owen Landeg, who works in Extreme Events and Health Protection, has urged people to check on those who are vulnerable and could be negatively impacted by the cold.

He said: ‘Cold weather isn’t just uncomfortable it can have a serious impact on health.

‘For older people and those with heart and lung problems it can increase the risks of heart attacks, strokes and chest infections.

‘So, it’s really crucial at this time to remember to check on frail or older neighbours or relatives, especially those living alone or who have serious illnesses.

‘Make a call, or socially-distanced doorstep visit if they live close by, to remind them of some simple but important health tips such as heating their home to at least 18 C (64.4 F) and to keep up to date with the forecast.

‘It’s also helpful to check they have enough food and drinks and any medicines they need. This will help them to stay warm and stay well.’

Jennifer Lawrence Injured During Accident on ‘Don’t Look Up’ Set

Framing Britney Spears: Plot, trailer and how to watch documentary in UK