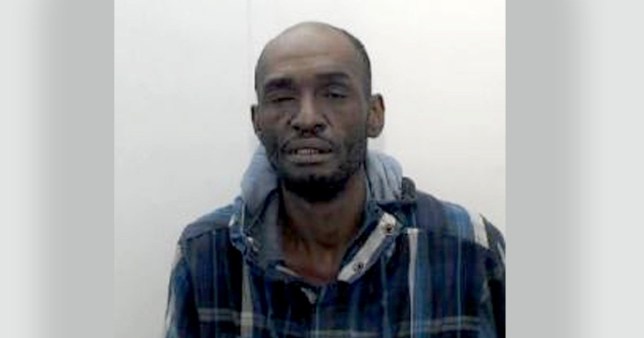 Mark Raymond, 50, threatened the victim with a toy gun that looked like a ‘mafia gun’ (Picture: Greater Manchester Police)

An UberEats driver was tied up, forced to strip naked and attacked with a knife and a hammer, as he was held hostage for more than 12 hours.

Mark Hart, 28, and Mark Raymond, 50, asked the victim for a cigarette as he cycled in Moss Side, south Manchester, on April 4 last year.

The pair then invited him to Raymond’s house to smoke cannabis and listen to music.

The man tried to leave after they mentioned smoking crack cocaine but the two thugs threatened him with a toy gun ‘that looked like a “mafia gun”’ and demanded £20, Manchester Evening News reports.

Hart used a knife and Raymond used a hammer to attack him, before the two forced him to strip naked.

They then bound his hands and feet together and wrapped tape around his eyes, ears and mouth.

Minshull Street Crown Court heard numerous voicemails that Hart left for his ex-girlfriend in which he can be heard threatening the victim.

The two men took the victim’s debit card, before holding him hostage inside a cupboard from midnight to 2.30pm.

Prosecutor Justin Hayhoe said the victim tried to pray during the attack, but was told that others were coming who ‘could end’ him.

Hart’s ex phoned the police when he called her to ask how to set up an iPhone he had stolen from the man. 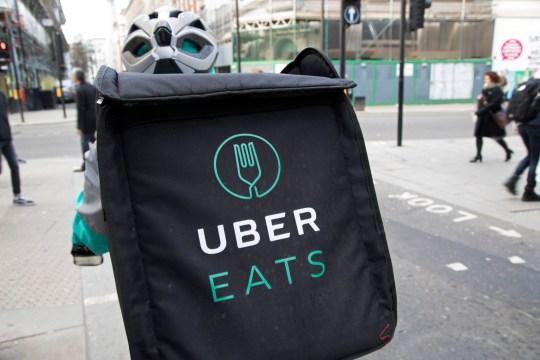 The UberEats driver said he thought he was going to die (Picture: Getty Images) 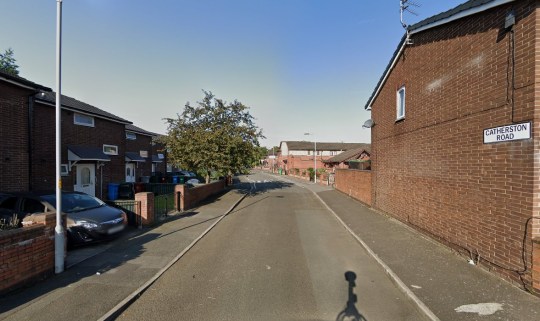 The victim was held hostage at a house on Catherston Road in Manchester (Picture: Google)

Raymond tried to clean up the scene while Hart cycled on his victim’s bicycle to try and withdraw cash as the police arrived. The victim told officers: ‘You have saved my life’.

Both men pleaded guilty to robbery and false imprisonment. Hart, of no fixed address, was jailed for eight years and nine months after he was also found guilty of assault occasioning actual bodily harm and possession of an offensive weapon.

Raymond, of Timperley, was sentenced to eight years behind bars after also being convicted of supplying class B drugs.

Prosecutor Justin Hayhoe told the court Hart had called his ex on the day of the attack, telling her he was going to get ‘two kitchen knives, a bottle of bleach and get ballied up’.

The victim said: ‘I thought I was going to die and I believed I would never see my family again. The police saved my life.

‘I don’t feel safe when I go out, I have nightmares and flashbacks. It will take a long time to get my life back to normal.’

In mitigation for Hart, David James said: ‘He is ashamed and contrite and wishes to apologise. 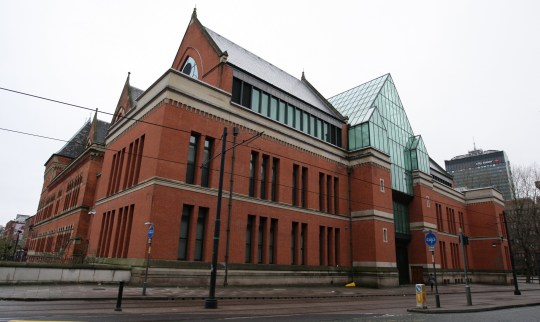 Both men were sentenced to eight years in jail at Minshull Street Crown Court (Picture: PA)

‘This was a man whose lifestyle was out of control and was the epitome of the tortuous circle of misery from hard drug use.

‘He wishes he could take back what he did – he doesn’t seek to minimise his behaviour.’

In mitigation for Raymond, Hunter Gray said: ‘He is remorseful and would wish to say how sorry he is for his actions.

‘He has struggled to explain why he behaved that way. His life has been scarred by the persistent use of drugs, class B and class A.’

‘He believed he was going to die and his relief when the police arrived was telling – he said: “you have saved my life”. This was a joint enterprise with a common goal.’