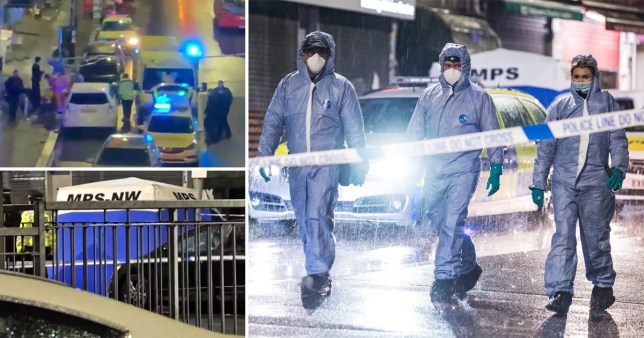 A police officer has named the violence ‘senseless’ (Picture: UKNIP)

Two men are dead and 12 injured after 24 hours of bloodshed in London.

Nine separate incidents are being investigated by the Metropolitan Police after Friday and Saturday evenings saw ‘senseless’ violence erupt across the capital.

A man in his 20s was taken to hospital with non-life threatening injuries after police were called to reports of a fight in Hadleigh Grove, Couldson at around 11.20am on Saturday. Two men have been arrested.

Shortly after 3pm, police were called to a stabbing near the junction of London Road and Oakfield Road in Croydon. A man, 24, was taken to hospital with non-life-threatening injuries.

An investigation is underway and a section 60 order granting police additional stop and search powers will be in place until 7.30am on Sunday.

A man in his 20s died and a teenager was left fighting for his life in hospital after a double stabbing in Willesden Lane at 5.40pm. An urgent investigation is underway and there have been no arrests.

It comes after one man was killed and a number of others injured during a ‘completely abhorrent’ night of violence in south London on Friday. 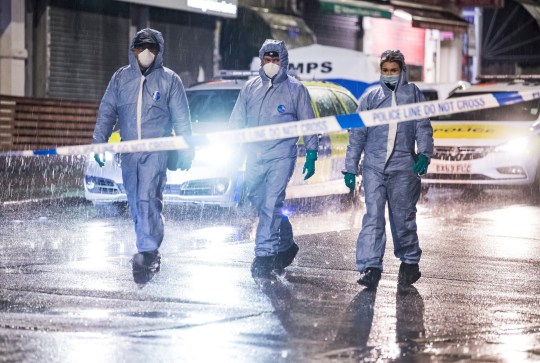 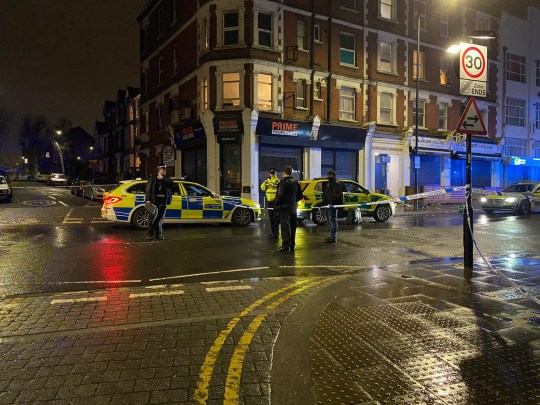 One man, in his 20s, was pronounced dead at the scene tonight (Picture: UkNewsinPictures)

Officers were called to five reports of stabbings in the Croydon area between 6.56pm and 9.12pm.

A man, 22, injured at a property in Wisbeach Road, Croydon, was pronounced dead at the scene.

Officers said a group of males attended the address and the victim was stabbed in an altercation. On Saturday, Scotland Yard said the incidents are not thought to be linked.

No arrests have been made in connection with the murder probe.

Superintendent Andy Brittain, Deputy Commander for the South Area Command Unit, said: ‘I understand that the events of the past 24 hours will have caused concern for many people in our local community. The violence we have witnessed is senseless.’

Flip or Flip’s Christina Anstead slams fans who claim she’s ‘too skinny’ and insists ‘I eat!’ after split from Anthony