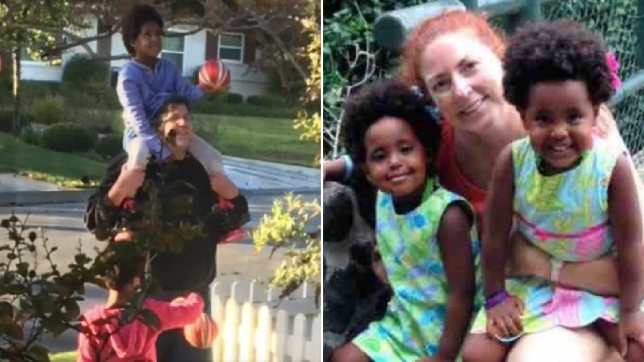 John Scherer was wheeled out of his house to hospital with Covid as his 10 year-old twin daughters watched. The virus caused a blood clot that triggered fatal sepsis. John’s widow Zoe, pictured right with her daughters, says the family’s final memory of John is a harrowing one (Pictures: KTLA/GoFundMe)

Twin sisters aged 10 watched as their 60 year-old dad collapsed with a Covid infection that triggered sepsis and killed him. John Scherer’s daughters’ final image of their late dad was seeing him wheeled out of the house for a trip to the hospital in Arcadia, Los Angeles, where he died on January 19.

John’s widow Zoe said: ‘And the last thing the twins saw of their dad was him with a house full of firefighters and paramedics rolling him out on a gurney, and I think that’s a hard visual for everybody, but especially when you’re 10.’

Zoe says she thinks her late husband waited too long to go to hospital after catching Covid. She told CBSLA that by the time John eventually dialed 911, he could barely breathe. Once in hospital, John suffered a blood clot that triggered sepsis which ultimately ended up killing him.

Zoe says she has also had to rehome her girls’ dog Benny, because the family are no longer able to care for him. A GoFundMe page set up to help the family says: ‘he loss of their father has left the family in shock, and they are all struggling emotionally to come to terms with the situation. 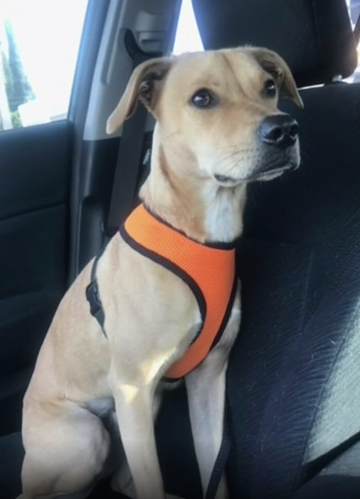 John’s wife and daughters have also been forced to give up their dog Benny, because they are no longer able to care for him (Picture: KTLA)

‘They desperately need our help financially because of the loss of John’s salary and unknown future financial situation.

‘This is a very scary time for all of them and they need our support.’ The US has now recorded close to 27.9 million Covid infections, and over 493,000 deaths.

Are You The One season 1: Amber and Ethan are still together