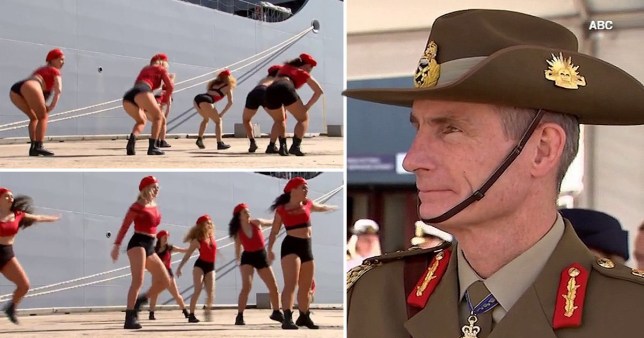 A dance group who were filmed twerking at the launch of a navy’s ship launch have said footage of them was ‘deceptively’ edited.

On Saturday, the Australian navy celebrated the launch of the $2 billion HMAS Supply in Sydney. As part of the event a dance group called 101 Doll Squadron performed a twerking dance routine in hot pants and crop tops.

Footage of the performance drew criticism from those who thought the moves were inappropriate and random at what was meant to be a serious ceremony.

Former soldier and Liberal MP Phillip Thompson told the ABC: ‘Standards in the Australian Defence Force (ADF), and definitely when commissioning a ship, should be a little bit higher than that.

‘We’ve got the CDF, we’ve got members of Parliament there, and the Governor-General’s there, I don’t think it’s appropriate to be twerking.’

101 Doll Squadron, who have been on the receiving end of backlash online, have since called out broadcaster ABC for ‘deceptively’ editing footage of their routine.

They say ABC made it look like officials and dignitaries, including the governor general and the chief of the navy, were in the audience, when in reality, they didn’t see the dance.

They said: ‘We are very disappointed at the ABC’s deceptive editing of their video piece which cut to guests and dignitaries who were not in attendance, and shot from angles which could not be seen by the audience. We found this very creepy.

‘These are the images appearing in the media and the ABC have a lot to answer for in making us feel threatened and exploited.’ 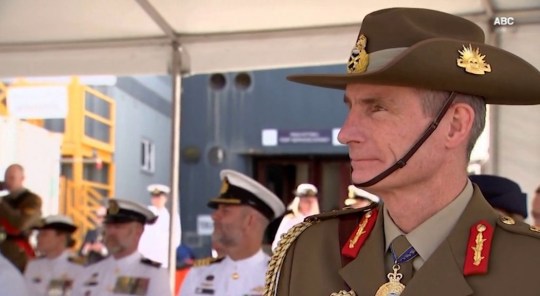 The footage made it look like officials and dignitaries were present for the performance, when they were not (Picture: ABC) 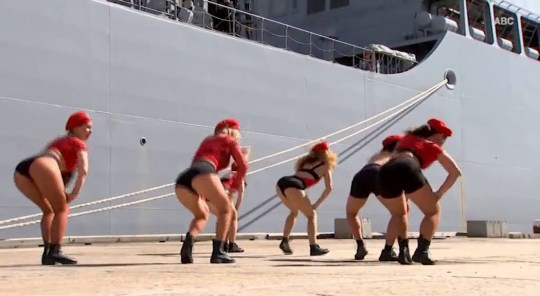 Politicians and soldiers have said the performance was inappropriate (Picture: ABC)

The ADF also said that the dance show was performed just before the formal ceremony. ABC has since apologised.

The broadcaster said: ‘The video should not have been edited in that way and the ABC apologises to the Governor-General and the Chief of Navy, and to viewers, for this error.

‘A short piece taken out of context in what was a very long day performed before the official ceremony and before the arrival of dignitaries, and not part of it. It was in no way meant to be disrespectful and we are hurt and disappointed it has been misconstrued that way.’

Assistant Defence Minister Andrew Hastie described the military as a ‘vital role across Australian society’ in an electorate newsletter following the performance. 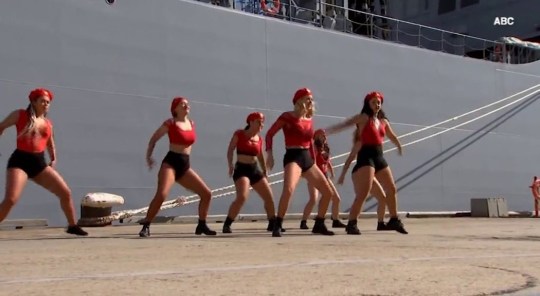 He said: ‘The ADF’s core business will always be the application of lethal violence in the defence of our values, sovereignty and interests. We should never forget that.’

The Liberal MP, who served in the elite Special Air Service Regiment for five years, said that ‘mission clarity is vital in the profession of arms’.

He argued: ‘Without it, confusion grows — confusion about role, identity and purpose. And confusion is deadly on the battlefield, at sea or in an aerial dogfight.

‘Mission focus is the foundation of victory. It keeps everyone driving towards a singular purpose.’

He said: ‘Our ADF shouldn’t be left or right, they should be straight down the middle of what their job is, and their job is to defend our nation, our interests, our values, our sovereignty, but also when we go on operations, have an unapologetic aggression and violence to get the mission done.’