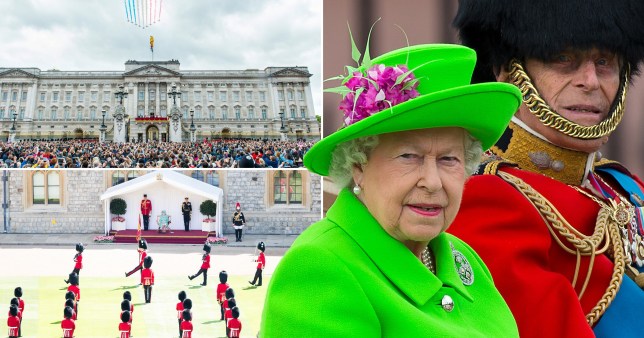 The event ‘will not go ahead in its traditional form’ due to the Covid pandemic (Picture: Getty)

The Queen has been forced to cancel her Trooping the Colour birthday parade for the second year amid the Covid pandemic.

The event ‘will not go ahead in its traditional form’, Buckingham Palace announced today.

Her Majesty, 94, was planning to hold the large celebration in London on June 12 to mark her official birthday.

The summertime event has taken place since 1758, when thousands headed to the capital to join in King George II’s official birthday celebrations.

It is usually attended by the monarch and various members of the Royal Family and normally involves more than 1400 parading soldiers, 200 horses and 400 musicians.

A small military ceremony, in line with the Government’s social distancing guidelines, took place at Windsor Castle last year instead. 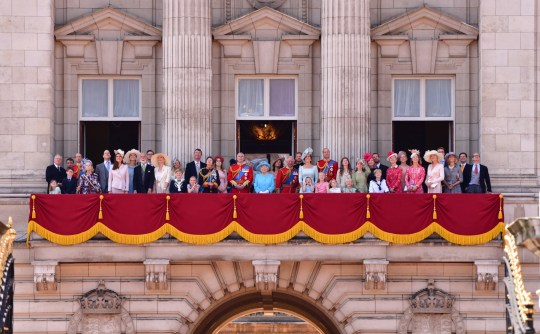 Queen Elizabeth II and members of the British Royal family stand on the balcony of Buckingham Palace during the Trooping the Colour parade on June 9, 2018 (Picture: FilmMagic) 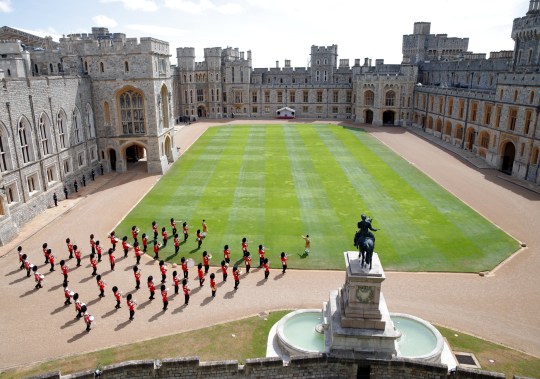 The Band of the Household Division march into the Quadrangle of Windsor Castle ahead of Queen Elizabeth II’s arrival in 2020 (Picture: Getty Images Europe)

The monarch was greeted by a royal salute when she arrived, before she watched a number of military drills while a Band of the Household Division played.

A Buckingham Palace spokesman said today: ‘Following consultation with Government and other relevant parties it has been agreed that The Queen’s Official Birthday Parade, also known as Trooping the Colour, will not go ahead this year in its traditional form in central London.

‘Options for an alternative Parade, in the quadrangle at Windsor Castle, are being considered.

‘The annual Garter service, usually held in June, will not take place this year.’

The news comes after Prince Philip returned to Windsor Palace after recovering from an infection and undergoing a heart procedure.

He is said to be unaware of the full extent of Prince Harry and Meghan Markle’s Oprah interview.

The couple made a number of shocking allegations about the Royal Family, including that one unidentified member had concerns about how dark their son Archie’s skin would be when he was born.

Meghan told Oprah she had suicidal feelings after moving to England, claiming she was told she could not get help.