AN Army officer who died during a routine exercise on Salisbury Plain had a “glittering career in front of him,” his devastated colleagues have said.

Second Lieutenant Max George, 26, was found with significant head injuries after crashing with an armoured vehicle on Monday.

Tributes have poured in for Max George following his tragic deathCredit: Ministry Of Defence

Emergency services were rushed to the Wiltshire training ground, but Max could not be saved.

He died at the scene, just west of Tidworth, after crashing with a Warrior armoured fighting vehicle – thought to weigh around 25 tonnes.

An Army Spokesperson said: “It is with great sadness that we can confirm the death of a soldier in Wiltshire on 21st June 2022.

“Our thoughts are with the soldier’s family and friends at this difficult time and we ask that their privacy is respected.” 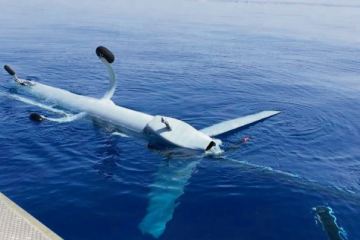 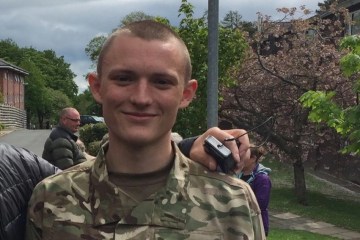 Max had been taking part in routine training alongside other forces in the 5th Battalion The Rifles when he died.

He had joined the battalion in December last year and has since been hailed by his colleagues as a “remarkable” officer “admired by all ranks”.

Paying tribute, the Ministry of Defence, said: “Max had a glittering career in front of him, excited by the prospect of an imminent overseas deployment to Canada and whatever might follow.

“A remarkable and talented young man who had so much to offer, the Battalion and Regiment will miss him dearly and we send our sincere condolences to all his family and friends.”

“Effortlessly impressive, he was a natural commander, who exuded fierce determination matched by selfless compassion.

“We loved him for it. He stood out, and still stands out; we are so much poorer for his loss.”

Described by the MoD as “humble and grounded,” Max’s leadership was backed by “steely determination and grit”.

He was also said to be excited by an imminent deployment to Canada.

Defence Secretary Ben Wallace said today: “Max exemplified all the qualities the Army stands for and as the testimonies show, we have lost a bright and talented young man who will be sorely missed.

“My thoughts are with his family, his friends, and his regiment during this difficult time.”

The Army will now carry out an investigation alongside police and the Health and Safety Executive.

Salisbury Plain is a large military training area for the British Army.

The 5 Rifles are based at nearby Bulford, Wilts, and are known as “one of the most potent war-fighting infantry battalions” of the British Army.

It was the last unit in Afghanistan in 2014 and the first to be deployed in NATO’s Enhanced Forward presence in Estonia.

The battalion has previously served in Iraq, Kenya and Belize and has a reputation for being ‘first in, last out’.

A spokesperson for Wiltshire Police, said on Monday: “Our thoughts are with his family, friends and colleagues at this difficult time.

“His family are being supported by a specialist family liaison officer.

“An investigation into the collision is being led by Wiltshire Police alongside the Army and Health and Safety Executive.”

Anyone with information is urged to call the Serious Collision Investigation Team via 101 and quote crime reference number 54220064345.

Who is actress Anna Maxwell Martin? – The Sun

New York police save woman who collapsed onto train track