The UK is planning to shelve the travel red list and hotel quarantine as the threat of Covid-19 abroad diminishes, according to reports.

Ministers are due to meet today to discuss removing the final seven countries from the red list – Colombia, Dominican Republic, Ecuador, Haiti, Panama, Peru and Venezuela.

Currently anyone returning from these ‘high risk’ destinations have to quarantine in a government approved hotel for 11 nights at a cost of £2,285 per person.

But as delegates from the seven countries are due to visit the COP26 climate summit in Glasgow, pressure is mounting on ministers to relax the rules.

Besides this, the threat of catching Covid-19 overseas has weakened significantly, with NHS data showing people were more likely to contract it in the UK compared to in red list countries.

The proportion of positive test results from people in hotel quarantine fell to 0.77% in mid-October – fewer than 120 people. 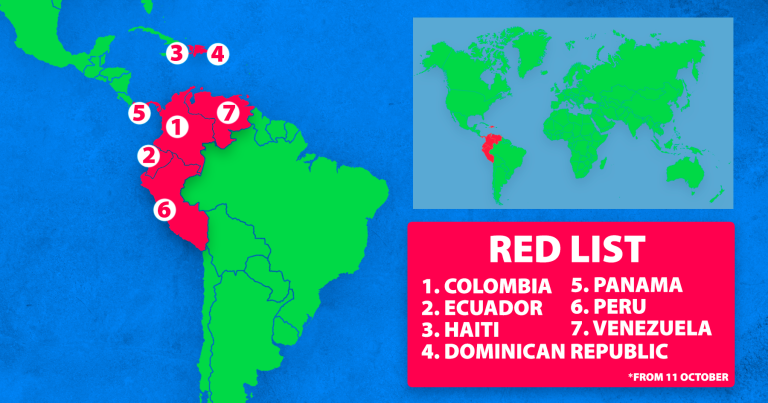 Only seven countries remain on the red list, but they could be taken off in time for the COP26 summit (Picture: Metro.co.uk)

In comparison, the proportion of people being diagnosed with the virus in the UK was at 1.14%.

As more and more people are getting vaccinated, ministers are also thought to be leaning towards this as a defence against Covid from overseas.

It is understood the changes will come into effect on Monday, although the hotel scheme would be kept in reserve and put back into practice if the situation changes.

The system is expected to replaced with a requirement for travellers to self-isolate at home for 10 days. regardless of whether they’ve been vaccinated, the Telegraph reports. 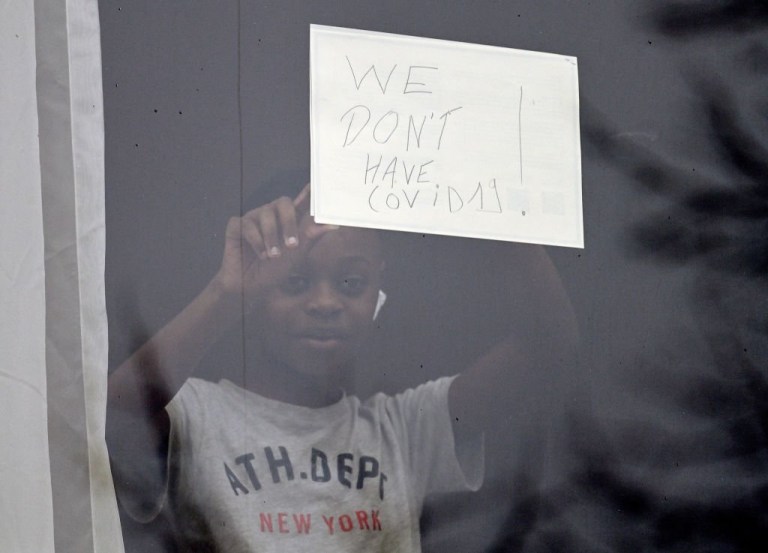 The quarantine system means people returning from red list countries have to stay at a government sanctioned hotel for 11 nights (Picture: Getty Images)

This may not be announced on Thursday and might not be put in place until the New Year.

A source said: ‘There is a strong desire to abolish the red list, but a final decision will be taken on Thursday. It has been very much the expectation with the added pressure of Cop26.’

Earlier this month travel between 47 countries was opened up as the red list was cut down significantly.

The list was initially set up to keep highly-transmissible Covid variants at bay, but the only one of concern at the moment is the Delta strain, which is already dominant in the UK.