Transport Secretary Grant Shapps has insisted ‘there is no shortage of fuel within the country’ and urged motorists to only fill up when they need to.

It comes after panicked drivers caused huge queues beyond forecourts for a third day, while some stations were forced to ration petrol or close altogether as demand outstripped the pace of supply amid a shortage of tanker drivers.

Speaking to Sky News’ Trevor Phillips On Sunday programme, the Cabinet minister said: ‘I think the important thing to know is that within the country, at the six refineries and 47 storage facilities, there is plenty of fuel, there is no shortage of fuel within the country.

‘It is not like we don’t have fuel in the country, we do need to just ensure people are filling up when they need to fill up rather than thinking, “I better go and fill up now just in case I need it next week or the week after”.’

Although he did not name the group, the Mail on Sunday reported a Government source stating the Road Haulage Association was ‘entirely responsible for this panic and chaos’.


A sign showing customers that fuel has run out at the Hilltop Garage petrol station in Rothley, Leicestershire (Picture: Reuters) 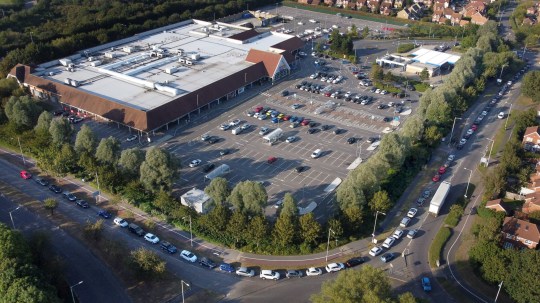 Motorists queue to fill their cars at a Tesco fuel station in Ashford, Kent (Picture: PA) 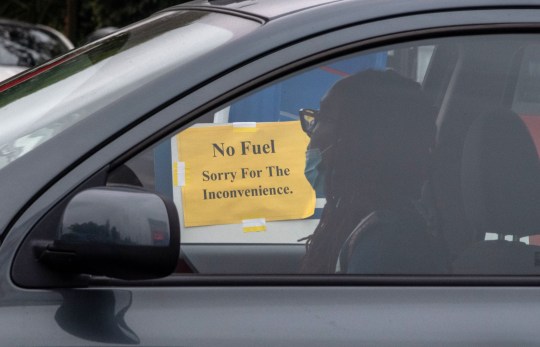 He added: ‘We need to ensure that people are reassured now that this rather manufactured situation has been created, because there’s enough petrol in the country.’

Asked who manufactured the situation, Mr Shapps went on: ‘There was a meeting which took place about 10 days ago, a private meeting in which one of the haulage associations decided to leak the details to media, and that has created, as we have seen, quite a large degree of concern as people naturally react to those things.

‘The good news is there is plenty of fuel, the bad news is if everyone carries on buying it when they don’t need it then we will continue to have queues.

‘Sooner or later everyone’s cars will be more or less filled up, there won’t be anywhere else to put fuel. It’s not like the toilet roll crisis at the beginning of the pandemic where people could stockpile it, therefore it will come to an end.

‘We just appeal to people to be sensible, fill up when you normally would. We’ve got this big package in place today in order to help alleviate the pressure and we ask people to do their part.’ 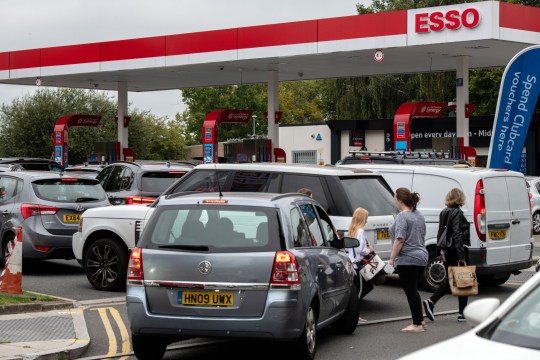 Huge queues have snaked out of forecourts for the past three days (Picture: Getty) 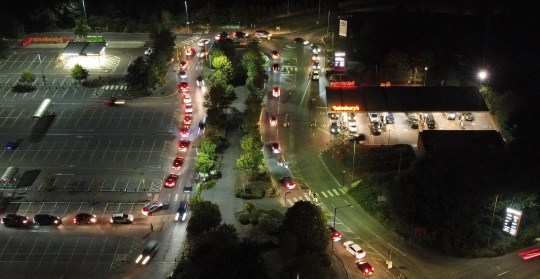 Mr Shapps has urged motorists to only fill up when they need to (Picture: PA)

The Government announced that more than 10,000 foreign workers will be temporarily permitted to work as lorry drivers and in the food sector as ministers look to rescue Christmas from supply shortages.

A temporary visa scheme will see opportunities created for 5,000 HGV drivers and 5,500 poultry workers to take up employment in the UK until Christmas Eve, in a bid to keep supermarket shelves stocked with turkeys and toys and counter delivery difficulties at petrol stations.

Mr Shapps has said the changes, with the visas available from next month, would ‘ensure preparations remain on track’ for the festive season.