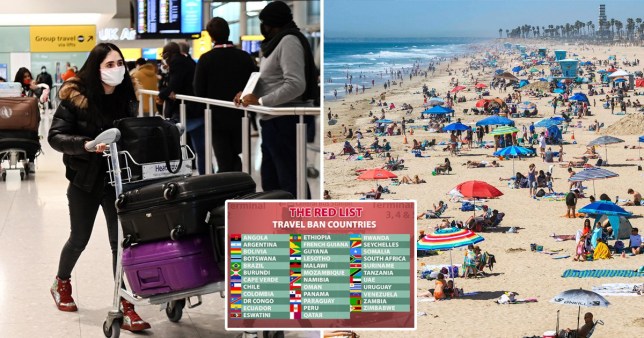 Holiday destinations will reportedly be ranked under a traffic light system (Picture: EPA/AP)

Holiday destinations will be ranked under a traffic light system, with fewer restrictions on travel to places with lower coronavirus rates and high vaccination take-up, reports suggest.

Countries will be graded either green, amber or red, according to how well they are coping with the pandemic, it has been claimed.

According to The Times and The Sun, travellers returning from green-listed countries will be exempt from quarantine measures.

The Times suggests that travel to and from so-called red-list countries will be banned, although the Sun said those arriving back in the UK from such destinations will have to pay to stay at quarantine hotels, as is the current set-up for the worst affected countries.

Under the proposed traffic light system, countries like the US, the Gulf states and Israel, where vaccination rates are good, will likely be deemed a lower risk for British holidaymakers than mainland Europe.

Israel still leads the world with 110 doses administered per 100 residents, followed by the United Arab Emirates with 84.1 and Bahrain with 46.

America has administered 44.6 doses per 100, with Britain leading the way in Europe with 52.4 followed by Malta at 37. Most of Europe is poised for Amber status.

France, which faces another month of lockdown, has administered just 16 doses per 100 residents. In Spain and Italy the rate is 16.5, while in Greece it is 15.6. 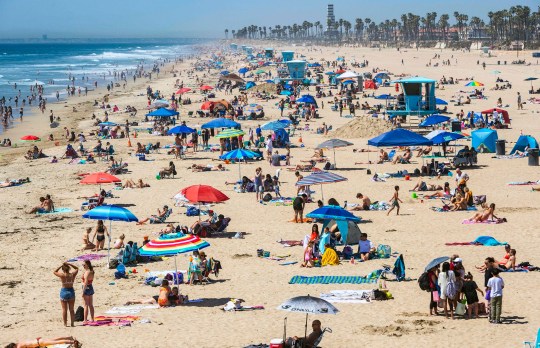 Foreign holidays are currently banned in the UK under lockdown rules (Picture: AP)

Overseas holidays are currently banned due to the UK’s coronavirus lockdown measures until at least May 17, with international travel currently only permitted for limited reasons such as work, education, medical treatment and funerals.

The prohibition is being reviewed by the Government’s Global Travel Taskforce.

Prime Minister Boris Johnson has pledged to give an update on the taskforce’s progress on Easter Monday.

The vaccine rollout on the continent was criticised as being ‘unacceptably slow’ by a senior World Health Organisation official yesterday.

Dr Hans Kluge, the WHO’s regional director for Europe, said vaccines ‘present our best way out of this pandemic’, but added that the fact that only 14% of people have been given a first dose and a mere 6% are fully protected with both risks prolonging the pandemic.

According to the WHO, there were 1.6 million new cases and nearly 24,000 deaths in its European region last week. 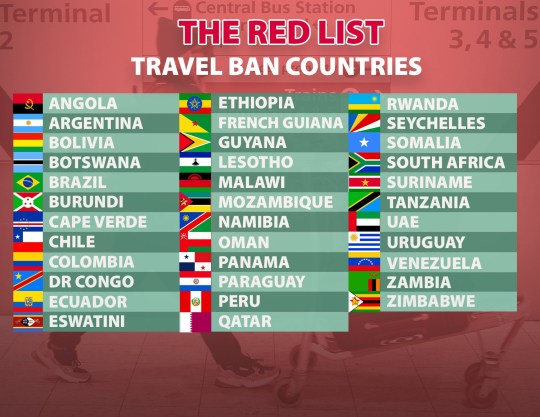 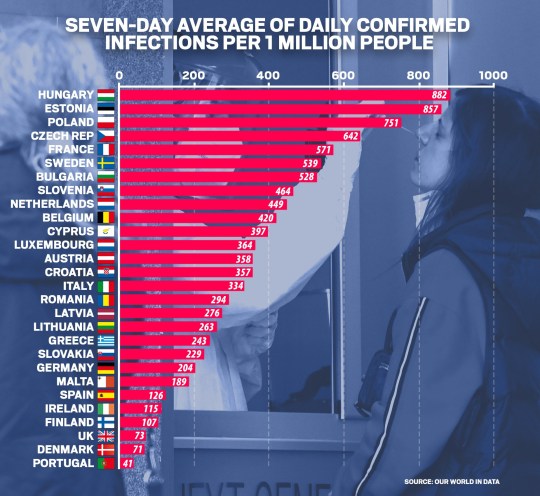 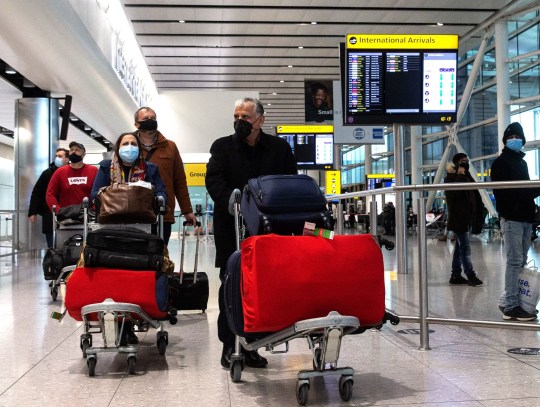 Boris Johnson suggested there will ‘definitely’ be a role for coronavirus passports in international travel (Picture: Rex)

Mr Johnson suggested yesterday there will ‘definitely’ be a role for coronavirus ‘passports’ showing whether someone has antibodies or a negative test for international travel.

Some countries are already working on requirements for people to proving their status before arriving, with the European Union developing a digital green certificate showing if someone is vaccinated, has a negative test or has recovered from Covid-19.

Speaking to reporters in Middlesbrough, Mr Johnson said ‘there’s definitely going to be a world in which international travel will use vaccine passports’.

He said: ‘You can see already that other countries, the aviation industry, are interested in those and there’s a logic to that.’

Meanwhile, experts have voiced concerns that leaving the UK could increase the risk of bringing back mutant coronavirus strains.

Scientists have repeatedly said summer staycations should be encouraged over foreign holidays this year.

Dame Anne Johnson, professor of epidemiology at University College London, said the importation of new coronavirus variants is ‘one of the biggest risks’ facing the UK.

She told BBC Radio 4’s Today programme on Monday: ‘This is a risk where you’ve got high rates of infection. I’m for staycations.’

Cornwall apartment with ‘ultimate waterfront views’ on sale for £750,000