Oliver Dowden said Boris Johnson had told him to ‘make sure’ the party was ‘ready to go for an election whenever it comes’ (Picture: Rex)

A top Tory has refused to rule out an early general election and dodged questions about whether voters will be asked to head to the polls in 2023.

The next general election is due to be held in 2024, but Oliver Dowden has now added to long-running speculation that the date could be brought forward.

Speaking to Sky News from the Conservative Party conference in Manchester, chair of the party Mr Dowden said Boris Johnson had told him to ‘make sure’ the party was ‘ready to go for an election whenever it comes’.

When pressed on whether that would mean an early general election, he said: ‘Right now, we are absolutely focused on getting on with the job of making sure that we deliver for the British people.

‘I can assure that the prime minister, the chancellor, the home secretary, they are not speculating about elections.

‘Day in, day out, sleeves are rolled up. They are focused on delivering what matters to people.’

When asked again for a third time if there would be a general election in 2023, Mr Dowden said: ‘It’s not my job to call an election.

‘We know full well that the usual electoral cycle would take us through to 2024 but that’s entirely up to the prime minister.’ 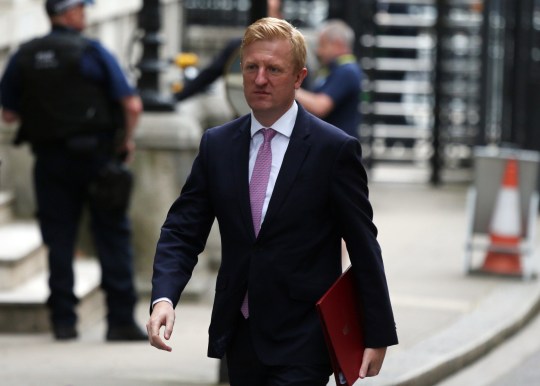 There has been growing speculation in Westminster that Boris Johnson may call an early general election with his recent cabinet reshuffle viewed as a halfway point in his premiership.

Senior Labour figures are also preparing themselves for the possibility of an early election with the topic frequently coming up at the party’s recent conference in Brighton last month.

The chancellor defended tax rises, telling people across the UK: ‘Recovery comes with a cost.’

He insisted the country should be grateful for 10 years of Tory austerity.

It comes after Boris Johnson broke an election pledge by announcing a £12-billion-a-year tax raid to recover from the pandemic.

The Government has refused to rule out further rises to bring the economy under control, as ‘millions’ are set to face hardship with the Universal Credit cut this week.

Will The Ashes go ahead this winter, and what is the schedule?