A Conservative MP has been strongly criticised for branding the conviction of a fellow Tory for sexually assaulting a teenage boy ‘an international scandal’.

Earlier today, Imran Ahmad Khan was found guilty of attacking a 15-year-old child, who he is said to have forced to drink gin and watch pornography.

He has been expelled from the Tory party and told to step down as an MP.

But now former colleague Crispin Blunt has described the verdict as ‘a dreadful miscarriage of justice’ – sparking a mass resignation on a committee he chairs.

The Conservative MP for Reigate, who is a former justice minister, released an outspoken statement on Monday evening backing his ‘friend’ Khan.

‘I am utterly appalled and distraught at the dreadful miscarriage of justice that has befallen my friend and colleague Imran Ahmad Khan, MP for Wakefield since December 2019’, he wrote.

‘His conviction today is nothing short of an international scandal, with dreadful wider implications for millions of LGBT+ muslims around the world. 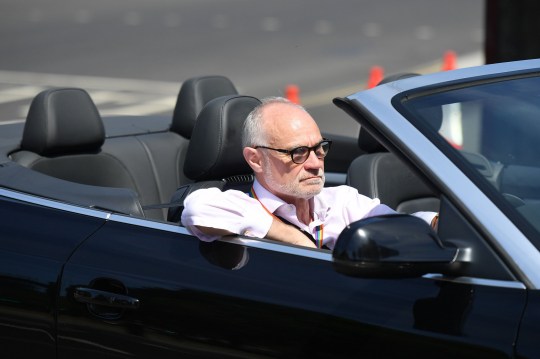 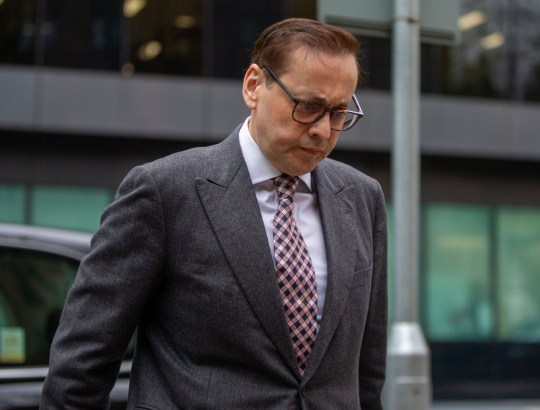 ‘I sat through some of the trial. The conduct of this case relied on lazy tropes about LGBT+ people that we might have thought we had put behind us decades ago.’

The SNP MP Stewart McDonald tweeted: ‘I have resigned as a vice-chair of the (the All-Party Parliamentary Group on Global LGBT+ Rights) following Crispin Blunt’s statement. This was the first APPG I joined as an MP and it meant a lot to me. Parliament needs a respected and robust LGBT group and Crispin can no longer provide that leadership. He should stand down.’

Labour’s Chris Bryant and the SNP’s Joanna Cherry have also said they can no longer continue to work with him and will quit.

This is completely inappropriate. I have written to complain and to resign from the LGBT APPG which Crispin chairs. https://t.co/XJeJEEUI49

Iâve stayed a member of the APPG on Global LGBT Rights against my better judgment mainly because I was determined not to be bullied out as a gender critical lesbian but chair Crispin Bluntâs statement tonight is the last straw. Iâll be resigning tomorrow.

Mr Blunt’s statement continued: ‘As a former Justice Minister I was prepared to testify about the truly extraordinary sequence of events that has resulted in Imran being put through this nightmare start to his Parliamentary career.

‘I hope for the return of Imran Ahmad Khan to the public service that has exemplified his life to date. Any other outcome will be a stain on our reputation for justice, and an appalling own goal by Britain as we try to take a lead in reversing the Victorian era prejudice that still disfigures too much of the global statute book.’

A Tory party spokesman, when asked whether the party agreed with Mr Blunt’s view, reiterated that Khan had been expelled from Boris Johnson’s party.

‘Our view is pretty clear,’ he added.

Khan tweeted in support of press freedom on the day he tried to gag the media from reporting his name over a charge of sexually assaulting a schoolboy.

The Tory MP also attempted to stop key details of the case – including the age of his victim, his own homosexuality, and even his fondness for a gin and tonic – coming into the public domain.

But the Wakefield politician was thwarted in his bid for secrecy unprecedented in a case not involving national security following two expensive legal challenges from media organisations.

The full details of how the story finally came to be told can be reported for the first time after he was found guilty.

Neither Staffordshire Police nor the Crown Prosecution Service informed the media or the public when Khan was charged by postal requisition – the point at which suspects in criminal cases are routinely named.

His first appearance at Westminster Magistrates’ Court by video link on June 3 last year did not appear on the public or press lists.

Chief Magistrate Paul Goldspring granted the MP an interim anonymity order ahead of another unlisted hearing, which the CPS refused to confirm was taking place as well as what charge Khan was facing.

On June 17 last year, the day Khan argued in court he should be granted anonymity, he retweeted then foreign secretary Dominic Raab’s message about ‘press freedom’ in Hong Kong.

Khan had also previously spoken in the Commons against Extinction Rebellion’s efforts to ‘constrain press freedom’ after the protest group blocked a newspaper printing press.

Labour immediately slammed the response, which comes after the Tory party expelled Khan.

‘Boris Johnson and (Conservative party chairman) Oliver Dowden  must take action against this Tory MP and distance their party from his comments.’

The victim, who is now 29, said he wasn’t ‘taken very seriously’ when he made the allegation to the Tory Party press office days before Khan was elected in the December 2019 general election.

He told a jury he was left feeling ‘scared, vulnerable, numb, shocked and surprised’ after Khan touched his feet and legs in the 2008 incident in Staffordshire.

The victim said the future MP came within ‘a hair’s breadth’ of his privates, as he went to sleep in a top bunkbed.

Mr Blunt and fellow Tory Sir Peter Bottomley, the father of the House of Commons, attended court on Monday, while a third, Adam Holloway, earlier provided a character statement used as part of Khan’s defence case.

I’m a spiritual adviser, the luckiest day of the year is coming very soon – here’s how you need to act

Nurse, 36, found dead by boyfriend after accidentally overdosing on painkillers