AS New Year’s Eve fireworks signal a move in 2022, the noisy celebrations can cause fear among pets.

Animal lovers across the UK are urged to take extra care over the festive season as loud fireworks cause unrest among beloved cats and dogs.

But even without the extraordinary light show, locally-organised firework displays are still expected to go ahead around the country.

He said: “Cats and dogs have a far more acute sense of hearing than humans. So, the loud explosions, crackles and whistles are likely startlingly audible across an even wider range than we humans experience.

“The loud noises and flashing lights of fireworks may sound and look different each time, whilst exploding at different intervals, so dogs and cats can’t get used to them in the same way as they habituate to the sound of traffic or aircraft flying overhead, for example.”

Pet owners have been taking a range of initiatives to protect their pets from the sporadic booms and loud cracker blasts.

Research by free TV Music App ROXi discovered one in four (25 percent) have been using the sounds of a radio or a CD to try and soothe them while one in five pet parents (20 percent) turned to pop music.

Some (13 percent) preferred trying the calm of acoustic songs while 23 percent hoped to ease their four-legged companions’ anxiety with nature sounds like running rivers and crashing waves.

But there’s ways to prepare pets in the lead up to firework displays and actions that can be taken to prevent pets panicking.

One piece of advice is to walk dogs during daylight hours to avoid times when fireworks are likely to be set off.

The outdoor activity is likely to tire them out more and this will help them relax and doze indoors later.

Bring cats that are allowed outdoors into the home long before nightfall to prevent them from running away in panic outdoors and getting lost when night falls and the fireworks start up.

Trying to feed pets after exercise but before dusk can also be helpful – as a full stomach also induces drowsiness in a warm house.

Also look to ignore the sound of fireworks and storms yourself so that your pet doesn’t take a reactive cue from you and become more alarmed. 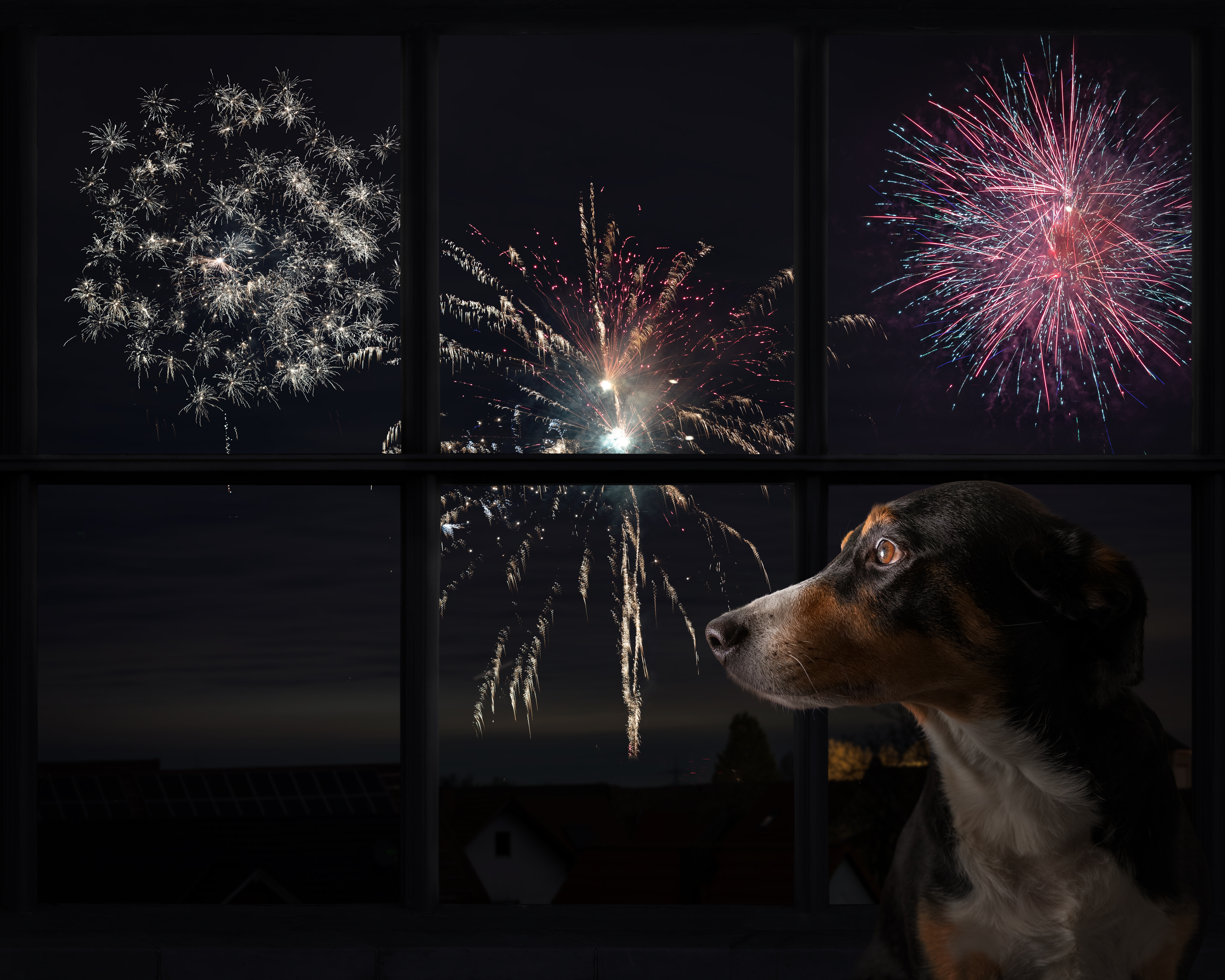 Pets can be terrified of the loud noises during fireworksCredit: Getty

10 ways to soothe your pet during fireworks

3. Batten down the hatches

6. Play music and music videos to mellow your pet

9. Play with your pet

10 .Start to desensitise your pet to loud noises