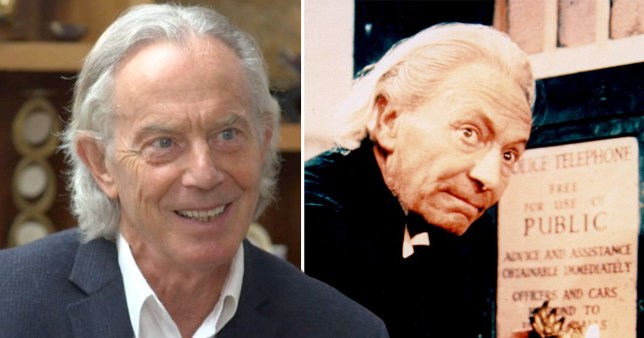 It’s now been more than two weeks since hairdressers and barbers have reopened, so that’s enough time for people to fix their overgrown lockdown locks. Right?

ITV viewers were shocked to see the ex-Labour Party leader’s pandemic mullet during an interview with journalist Paul Brand yesterday.

His hairstyle became an instant meme, with many comparing the 67-year-old to Doc from Back to the Future, Gollum from Lord of the Rings and the Night King from Game of Thrones.

Another said: ‘Tony Blair morphing into the possessed Vigo painting in Ghostbusters.’

While a third added: ‘Tony Blair looks like a goblin who will try to lure you into his cave for a riddling contest.’

Dreadful lockdown hairstyles – and dodgy home cuts – have become a regular feature on social media over the past year, with barbers and hairdressers forced to close due to various coronavirus restrictions. 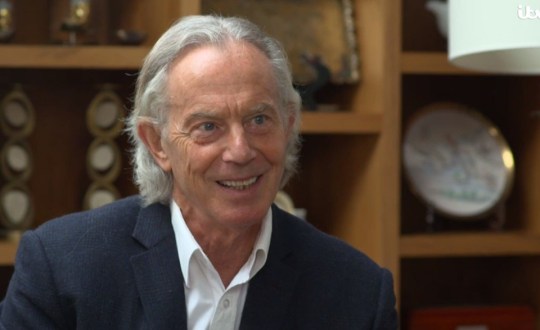 Tony Blair, 67, has been slammed for his lockdown mullet (Picture: ITV) 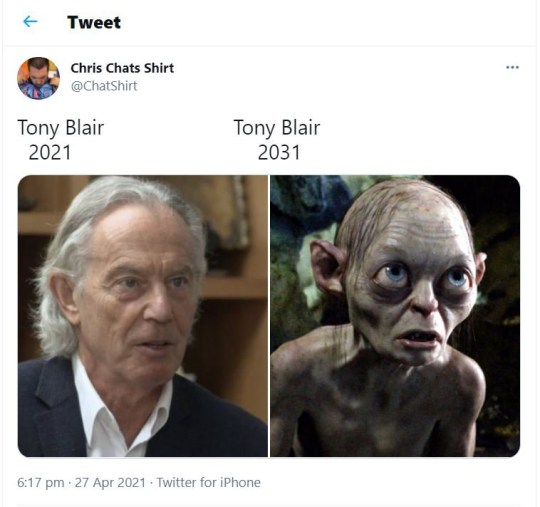 From Gollum in Lord of the Rings… (Picture: Twitter) 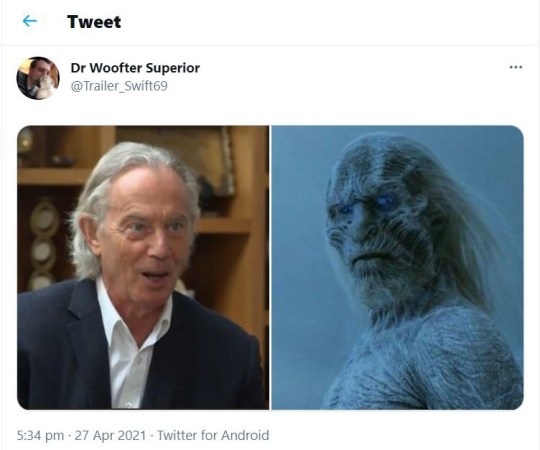 To the Night King in Game of Thrones… (Picture: Twitter) 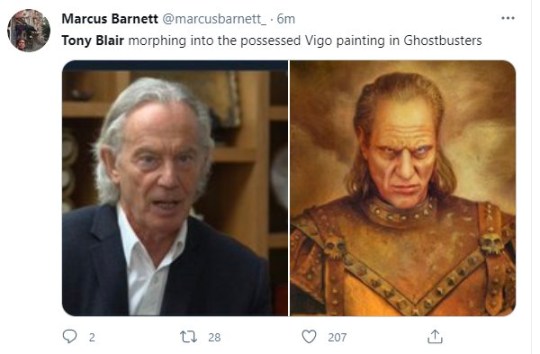 And the possessed Vigo painting in Ghostbusters… it’s not the best look (Picture: Twitter)

Some people grew their hair and beards out, while others bravely asked their relatives or housemates to give them a DIY trim.

Although many people rushed for a cut when hairdressers and barbers reopened on April 12, it appears Mr Blair decided to keep his look for a little longer.

He quickly became one of the top trends on Twitter with other figures, such as Gerry Francis and Peter Stringfellow, also trending as people compared Mr Blair to them.

One user said: ‘How does Tony Blair have lockdown hair? I managed, and I’ve never been prime minister. Get a haircut man!’ 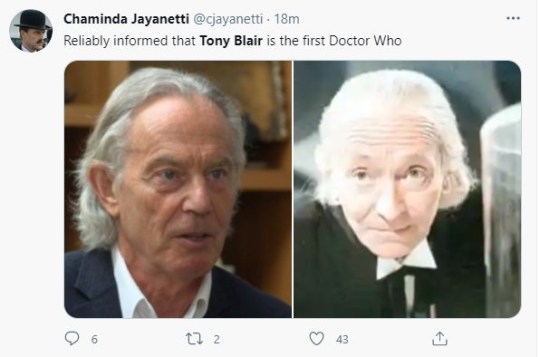 He’s also been compared to William Hartnell, the first Doctor in Doctor Who (Picture: Twitter) 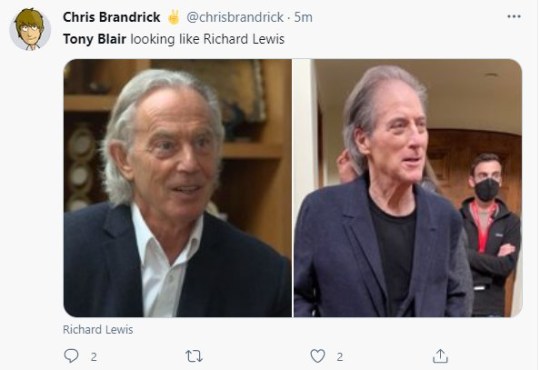 Some said he resembles US stand-up comedian and actor Richard Lewis (Picture: Twitter) 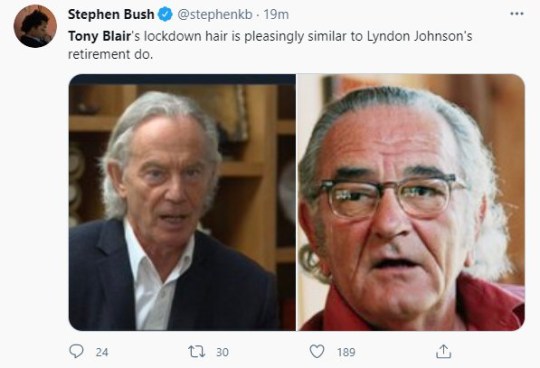 Former US president Lyndon B. Johnson, who had long hair towards the end of his life after retiring, was also compared to Mr Blair (Picture: Twitter)

A second said: ‘Never seen a man less suited to attempting the “silver fox mop-of-hair” than Tony Blair. I almost want to chop my own hair off than be associated with this monstrosity.’

And another asked: ‘What the hell is going on with Tony Blair’s hair?’

Mr Blair appeared on ITV to speak about devolution, and a potential Scottish independence referendum

In the interview, he defended his Government’s devolution project, but admitted it had ‘weaknesses’.

‘Where I think we were wrong was in believing that devolution would end the argument of independence – it hasn’t ended it,’ he said.

But he claimed ‘the union would already be in tatters’ if Labour hadn’t organised devolution referendums in Scotland and Wales in 1997.