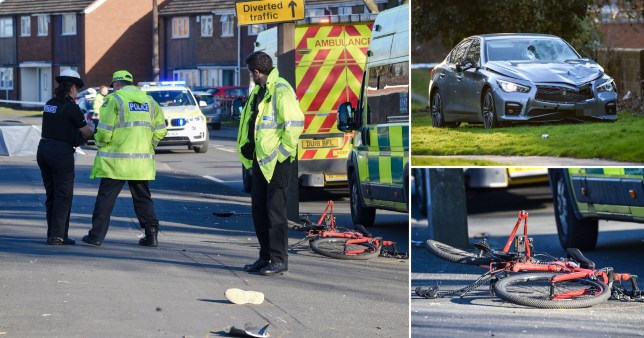 It is ‘too early’ to say if there is a connection between the two incidents (Picture: SnapperSK)

A man has died in a ‘hit-and-run’ and another has been stabbed on a road in the West Midlands.

The victim was pronounced dead at the scene after being hit by a car on St Marks Road in Tipton at around 1.45pm on Saturday.

A cyclist was also struck but did not suffer serious injuries, Birmingham Live reports.

Thirty minutes later, a man was rushed to hospital after being knifed on the same road.

The road has been closed off as the West Midlands Police force launches an investigation.

Officers recovered what they believe to be the offending vehicle around two miles away from the scene in Griffiths Street, Tipton. It has been seized for forensic analysis.

West Midlands Police Superintendent Chris Malle said it was ‘too early’ to say if there is any connection between the two incidents. 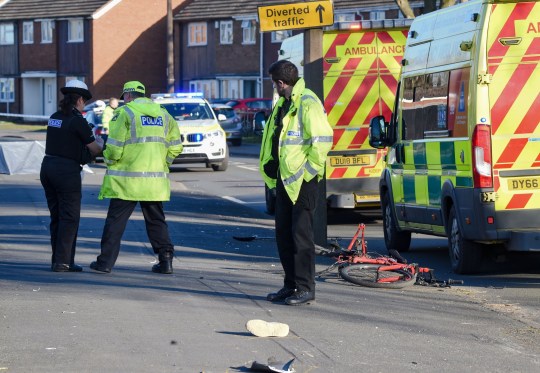 The road has been sealed off (Picture: @SnapperSK) 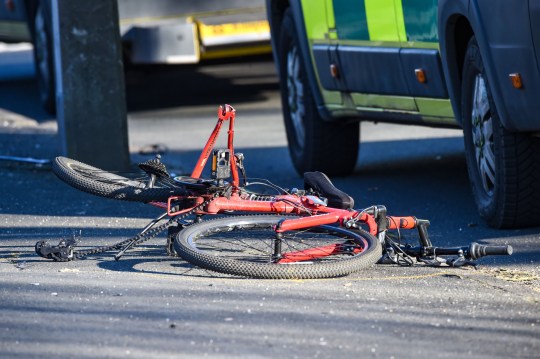 A cyclist is believed to have suffered minor injuries (Picture: @SnapperSK)

He said: ‘Tragically a pedestrian has lost his life and my thoughts are with his family. We have a specialist family liaison officer working with them at this tragic time.

‘Exactly what’s gone on is unclear at this stage but our enquiries are progressing at pace.

‘We believe we have recovered the offending vehicle, a silver car, and that will be forensically examined. We have already started trawling CCTV and road cameras as we attempt to locate the hit and run driver.

‘It’s too early to say at this stage whether there is any connection with the stabbing reported some 30 minutes later in the same street.

‘We’re appealing for witnesses to get in touch to help us build up a picture of exactly what’s happened.’

Man strangled his fiancée to death then ordered pizza and drugs