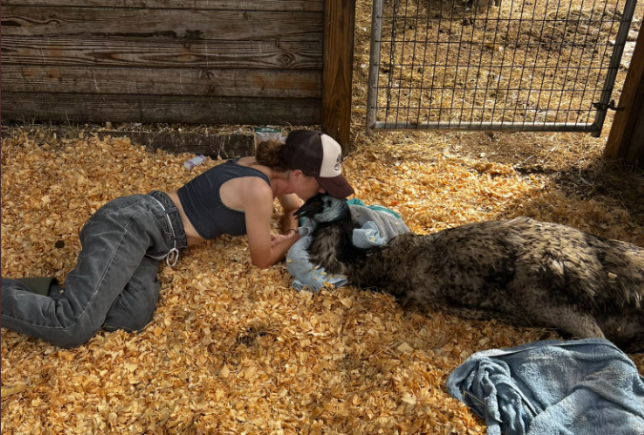 The virus has caused Emmanuel nerve damage in his right leg and foot (Picture: hiitaylorblake/Twitter)

TikTok’s favourite bird, Emmanuel the emu, is battling a bird flu infection that has killed more than 50 birds on his farm in just three days.

She said that her family farm in South Florida was hit by avian flu brought in by wild geese.

‘We lost 99% of the birds on our farm,’ tweeted Blake. ‘Only two birds survived,’

‘We thought we were out of the woods, when Emmanuel unexpectedly went down this past Wednesday.’ 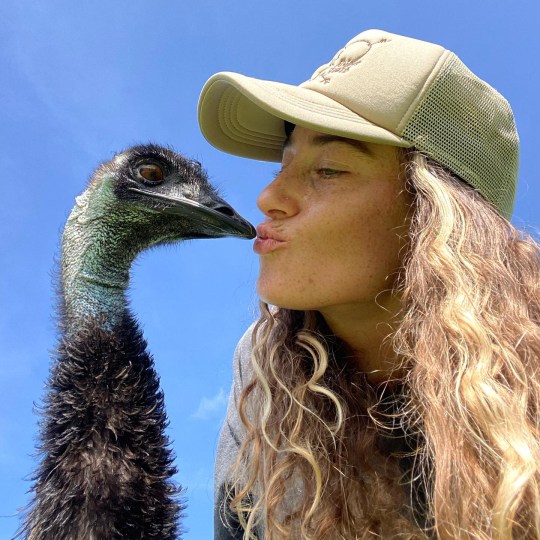 TikTok’s favourite bird, Emmanuel the emu, is battling a bird flu infection that has killed more than 50 birds on his farm in just three days (Picture: hiitaylorblake/Twitter)

Emmanuel became a viral sensation for interrupting Blake’s TikTok videos and attacking the phone while Blake was filming. The farm’s TikTok account has amassed over 2.4 million followers.

The virus has caused Emmanuel nerve damage in his right leg and foot. As of now, the emu has started physical therapy using a homemade sling but Blake has appealed for an avian specialist to treat him.

‘As much as I appreciate news stations reporting and elevating Emmanuel’s story, the last thing on my mind right now is doing interviews. My best friend is fighting for his life, and I’m just doing my absolute best not to crumble into a million pieces,’ tweeted Blake on Monday.

I will do anything and go into any amount of debt to save his life. My vet came out and was able to sedate and stabilize him until I could find an avian specialist. I have been treating him around the clock since Wednesday. pic.twitter.com/ajlvQq2L5U

While the news has devastated social media users, virologists and veterinarians were alarmed at the photos of Blake cuddling, kissing and hugging the infected bird.

‘This is how zoonotic transmissions occur, this is why entire farms cull sick birds. We live with the threat of pandemic flu,’ wrote Boghuma Kabisen Titanij, a doctor and global health and infectious disease researcher at Emory University. 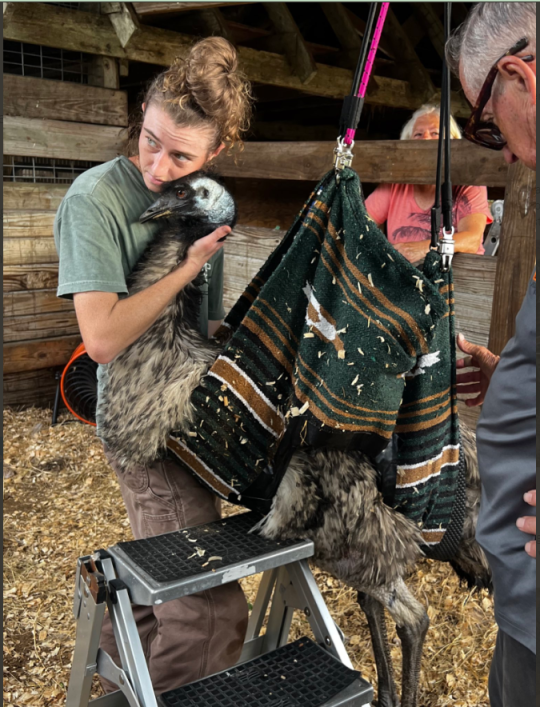 Virologists and veterinarians were alarmed at the photos of Blake cuddling, kissing and hugging the infected bird (Picture: hiitaylorblake/Twitter)

The US had been affected by a record number of poultry deaths from bird flu due to a new virus type. More than 47 million birds have died due to infections and cullings.

Europe is already suffering its worst avian flu crisis, with nearly 50 million poultry culled. Just this week, a bird flu ‘prevention zone’ was declared over UK to protect flocks from the disease.