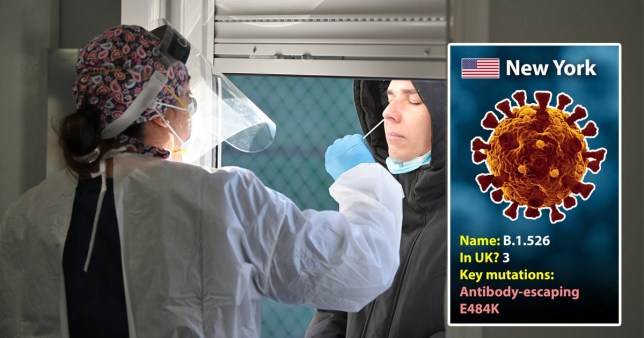 A mutant variant of coronavirus from New York has found its way to the UK, health chiefs have confirmed.

Scientists fear the new strain, known as B.1.526, may carry a mutation that weakens the effectiveness of vaccines.

Public Health England says it is ‘monitoring the situation closely’ but that the three cases found in the UK do not carry the concerning E484K mutation, which has also been seen in Brazil and South Africa.

It is normal for viruses to mutate to try and survive as more and more people build up immunity.

Covid-19 infects the body via its spike protein, which allows it to penetrate the host’s cells.

All current vaccines help the body recognise this protein and produce the relevant antibodies to fight it off.

But the E484K mutation changes the shape of the spike protein, which can make the vaccine less effective. 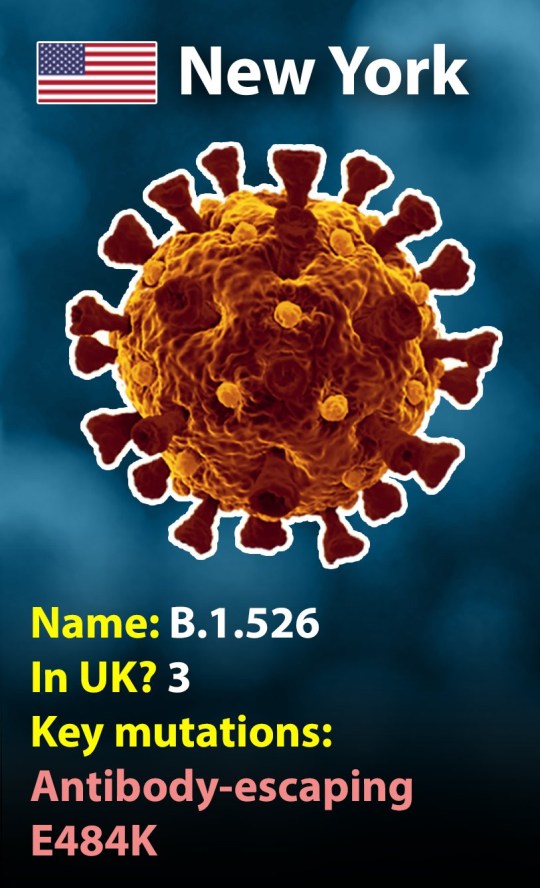 Scientists have raised concerns about the effectiveness of vaccines against the strain, but more information is needed (Picture: Metro.co.uk)

The University of Warwick’s Professor Lawrence Young said this suggests the New York variant is a ’cause for concern’.

He told MailOnline: ‘This find reinforces how important it is to keep an eye on things, we are not out of the woods yet.

‘It reinforces the fact that while things are looking really good right now there is no room for complacency.

‘We need to keep Test and Trace going and stamp out what are inevitably going to be local outbreaks.’ 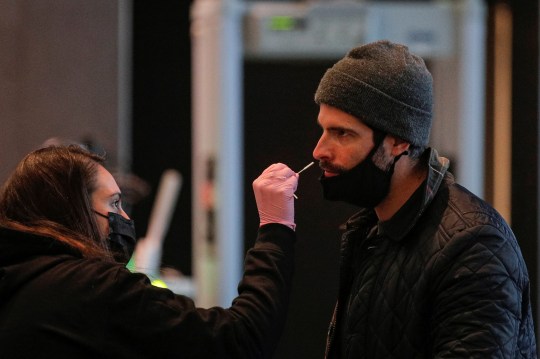 However, studies have shown both the Pfizer and AstraZeneca shots offer a good level of protection against the South Africa and Brazil variants which also carry the E484K mutation.

‘None of these cases feature the E484K or S477N mutations that are present on some Variants of Concern. PHE is monitoring the situation closely.

‘We are working with partners across the world to identify and mitigate the impact of variants as they emerge.’

New York health commissioner Dr Dave Chokshi said the new strain appears to be more infectious than previous versions but that there is not enough information to say how it will affect vaccinations.

He said the city’s variant accounted for 39% of virus samples analysed during the most recent week – up 31% the week before.

The variant first found in the UK accounted for 12% of cases in New York – up 8% the week before.

Dr Chokshi added: ‘Viruses are wily. They adapt and change, which affects what circulates in our communities.’