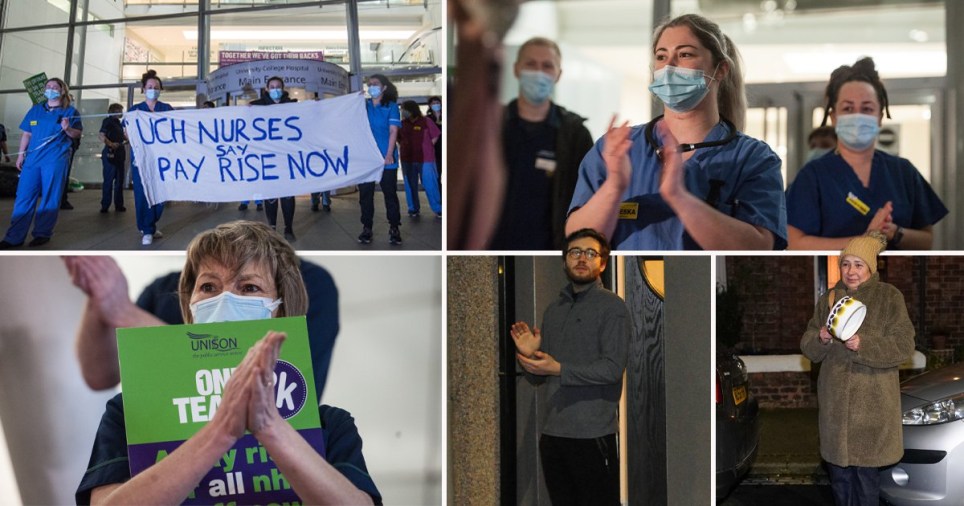 Health workers called the 1% rise a ‘kick in the teeth’ (Picture: Getty/North News)

A nationwide slow handclap was held this evening in protest against the proposed 1% pay rise for NHS staff, who have been working tirelessly throughout the pandemic.

The union organised event mirrored the weekly applause for the health service at the height of the coronavirus crisis last year.

Anger has been mounting since it was revealed a week ago the Government had suggested to the NHS Pay Review Body that health workers should receive a 1% wage increase.

Unison thanked members of the public and health workers who took part in the slow handclap, which will be repeated on April 1, the day staff should have been getting their next wage increase.

Workers have called the offer made by Chancellor Rishi Sunak ‘dismissive and insulting’, considering how hard NHS staff have worked during the outbreak, putting their lives at risk on the frontline.

They say that accounting for inflation, doctors have experienced real terms pay cuts of up to 30% over the past decade which has yet to be made up for, while nurses will only get an extra £3.50 per week through the latest rise.

The pay rise isn’t even expected to cover the rate of inflation this year, which is predicted to rise to between 1.5% and 2%. 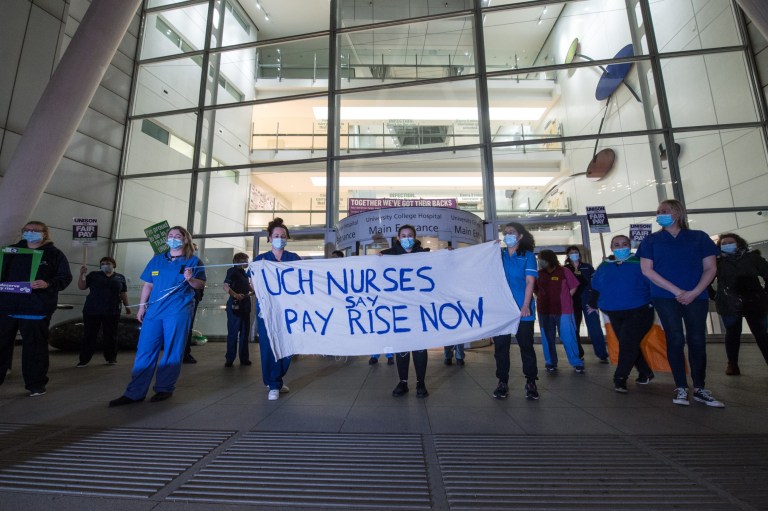 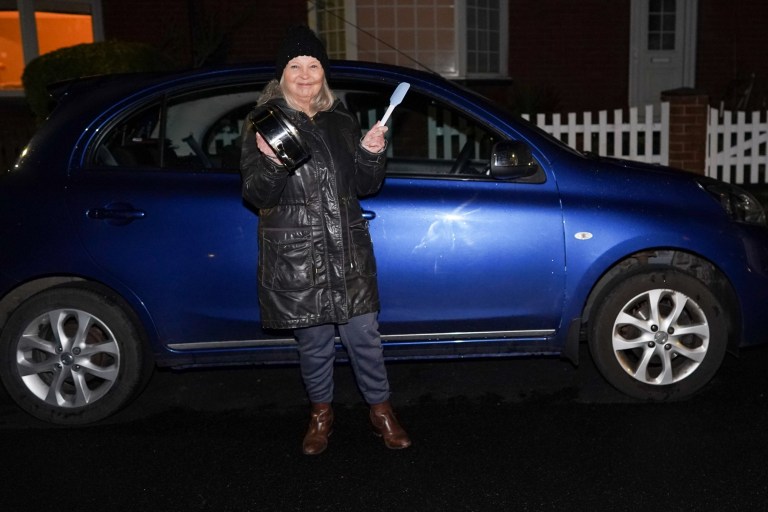 The slow handclap was based on the weekly applause for health workers at the peak of the crisis last year (Picture: Getty) 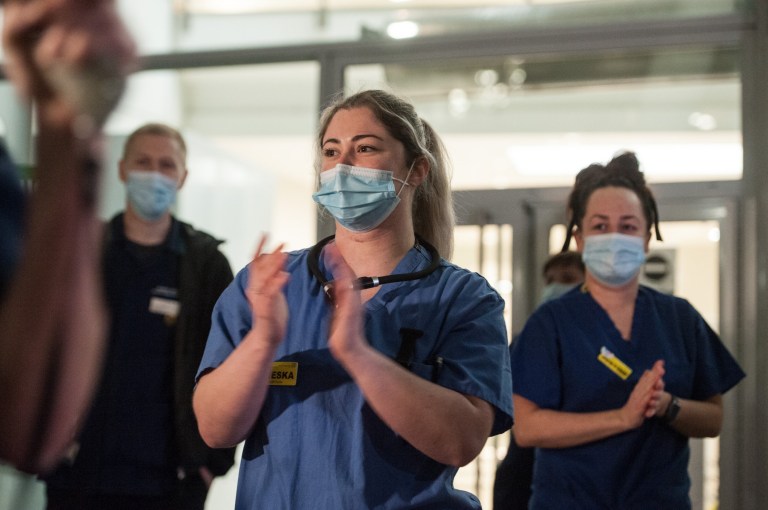 Staff called the proposal ‘pitiful’ and pointed out it would be below inflation (Picture: Getty Images) 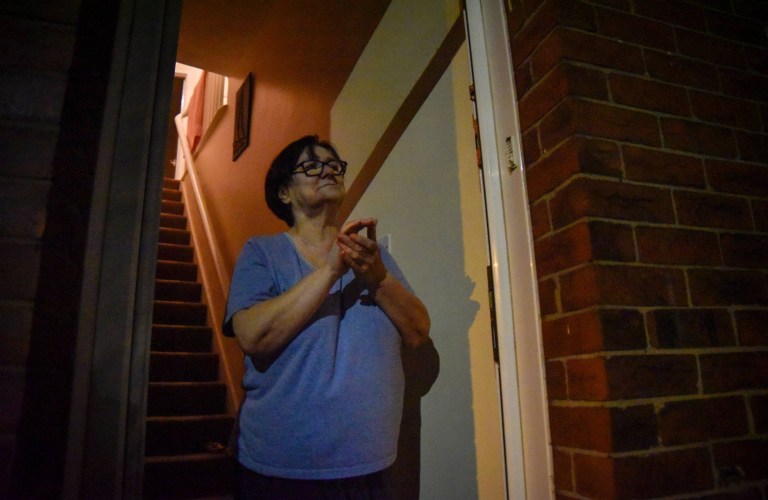 Nurses and doctors say they’ve had real-terms pay cuts for the best part of a decade (Picture: North News) 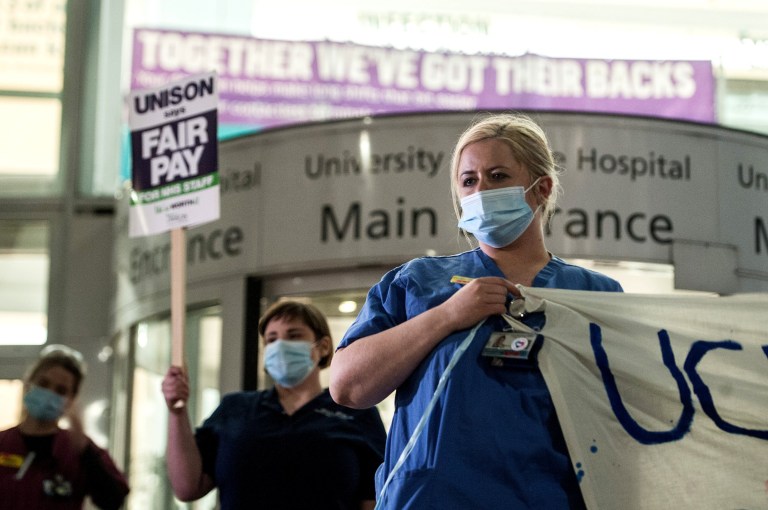 Unions have warned of strikes over the proposed pay increase (Picture: Getty Images)

Unison said many porters, midwives, cleaners, healthcare assistants, nurses, domestics and other NHS workers will end up leaving the health service unless there is an urgent rethink by the Government.

The union’s head of health Sara Gorton said: ‘The public took time to show the Government what they think of its plans for a stingy 1% pay rise for health workers.

‘NHS staff across the UK have gone to amazing lengths this past year, saving lives, supporting families and nursing patients back to health. They deserve not just our thanks, but to be properly recognised for their efforts, and rewarded too.

‘Health workers have given 100% but the Prime Minister and Chancellor think NHS staff are worth a measly 1%.

‘The public doesn’t agree. People can see NHS staff been pushed to the limit. They know health workers shouldn’t have to wait a moment longer for a decent pay rise.

‘It’s a sound investment in the future of the NHS and would also be good for struggling local economies. It’s time the Government realised this too.’

The Royal College of Nursing has set up an industrial action fund and Unite has warned of strikes in protest at the 1% figure.

NHS pay will be one of the biggest political issues in the coming weeks and could have an impact on local council elections in May, the same month the Pay Review Body is due to make its recommendation after considering submissions from the Government and unions.