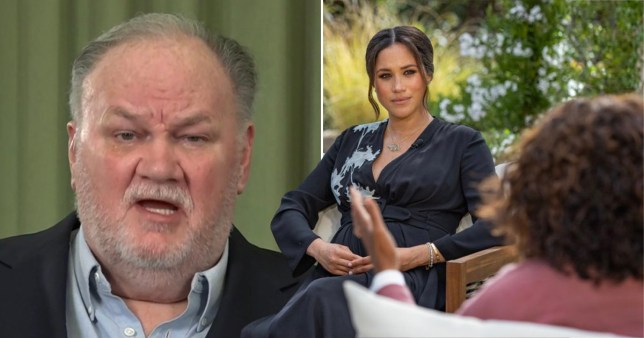 Thomas Markle wants Oprah to interview him so he can give his side of the story (Picture: ITV/Getty Images)

Meghan Markle’s estranged father has hand-delivered a letter to Oprah Winfrey asking to be interviewed.

Thomas Markle, 76, reportedly drove up to the chat show host’s home in California on Thursday and handed the note to a masked security guard outside.

He wants to give his side of the story after Meghan spoke of his ‘betrayal’ in her tell-all interview about life in the royal family earlier this month, according to The Sun.

A source told the newspaper: ‘Thomas delivered a letter to Oprah asking her to contact him so he could tell his side of the story.

‘This was not a note to Meghan and Harry, it was meant for Oprah.

‘Thomas watched the interview she did with them and feels he deserves a chance to have his say.’ 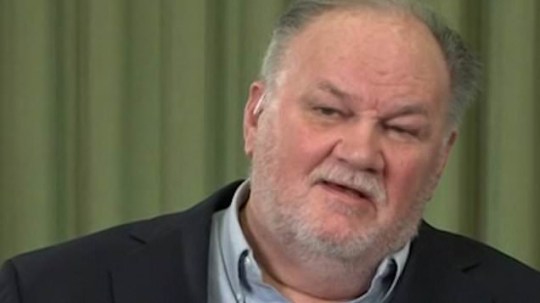 During her interview with Oprah, Meghan said she was hurt by her father when he started speaking to the tabloid press about her.

The pair fell out after he organised paparazzi shots ahead of the Royal Wedding in May 2018 and then lied about it.

Oprah asked Meghan if she felt betrayed by her dad.

After a long pause to consider if she felt ‘comfortable’ talking about their relationship, the duchess said: ‘If we’re going to use the word betrayal, it’s because when I asked him, when the comms team told us this the story was coming out, we called my dad and I asked him and he said, “No, absolutely not.”’

She added: ‘I look at Archie and I can’t imagine doing anything to hurt my child. I can’t reconcile that.’ 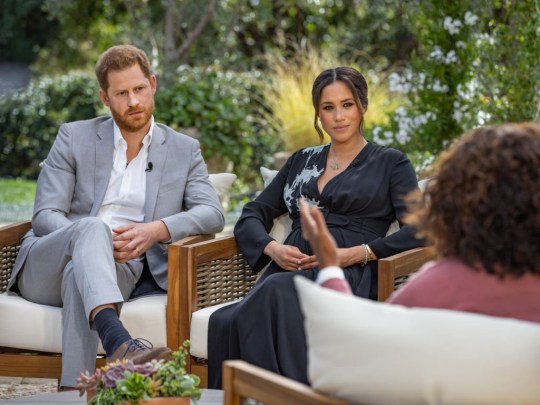 Meghan spoke about her estranged father during the chat with Oprah (Picture: Getty)

Thomas hit back at the ‘over the top’ interview, claiming he’d apologised ‘100 times or so’ and that he was never protected from press intrusion once Meghan began dating Harry.

Mr Markle, who now lives in Rosarito Mexico, said hasn’t spoken to his daughter since the 2018 fallout, after which he went into hospital to have heart surgery.

He said he would only stop speaking to the press when the couple speak to him before proceeding to rip into Prince Harry.

He said: ‘She made a statement saying she lost me – she didn’t lose me, I would’ve always been there for her, I’m there for her now if she wants me.

‘We all make mistakes – but I’ve never played naked pool or dressed like Hitler like Harry did.’