Tourists have long tended to bypass the Cornish town of St Austell on their way to the surfing beaches of Cornwall’s north coast or the bays and creeks of the south, while artists have have been drawn by the crystal-clear light of St Ives and Newlyn.

But thanks partly to a public art project inspired by its once-great china clay industry, and the impending arrival of a Cornish answer to The Angel of the North, St Austell is enjoying something of a renaissance.

Visitors have arrived this summer to follow a trail around the town, taking in art installations including an imposing mural of a Cornish honey bee constructed out of 11,000 tiles handmade from china clay. 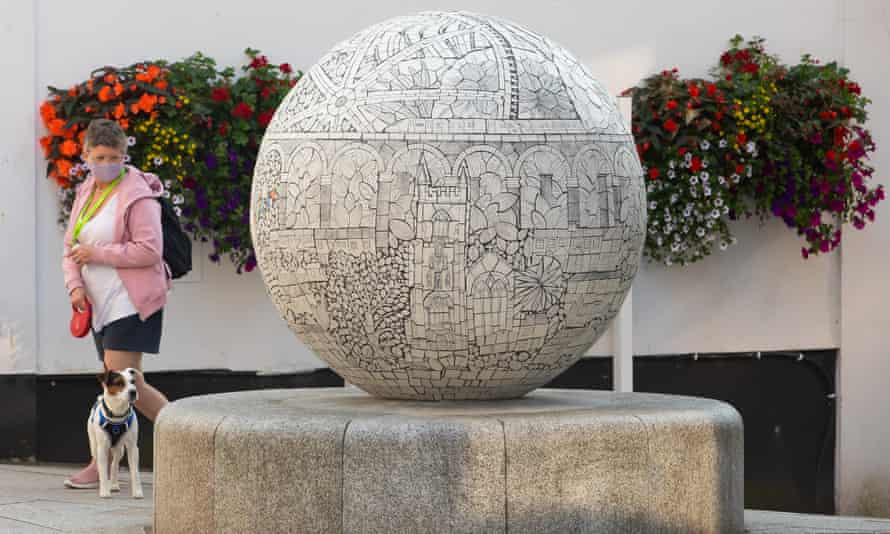 Young artists who cannot afford to live in places like St Ives are opting to move to St Austell and other towns in the former industrial backbone of Cornwall, opening ceramics studios and brightening the towns with street art.

By the end of the year, one of the town’s squares, Aylmer, will, if all goes to plan, be dominated not by TK Maxx and Costa Coffee but by the tallest ceramic sculpture in the UK, a 12-metre piece called Earth Goddess.

“It’s a really exciting time for the town,” said St Austell’s mayor, Richard Pears. “The town is being transformed by art. You walk around now and see scaffolding all over the place. The place is on the move: more interesting, more vibrant, cooler.”

Pears said the discovery of china clay, used in the manufacture of a products including paper, rubber and paint, made St Austell the Silicon Valley of the 18th and 19th centuries. It employed thousands of people and created a striking addition to the landscape – the bright white sharp-tipped spoil tips nicknamed the Cornish Alps. 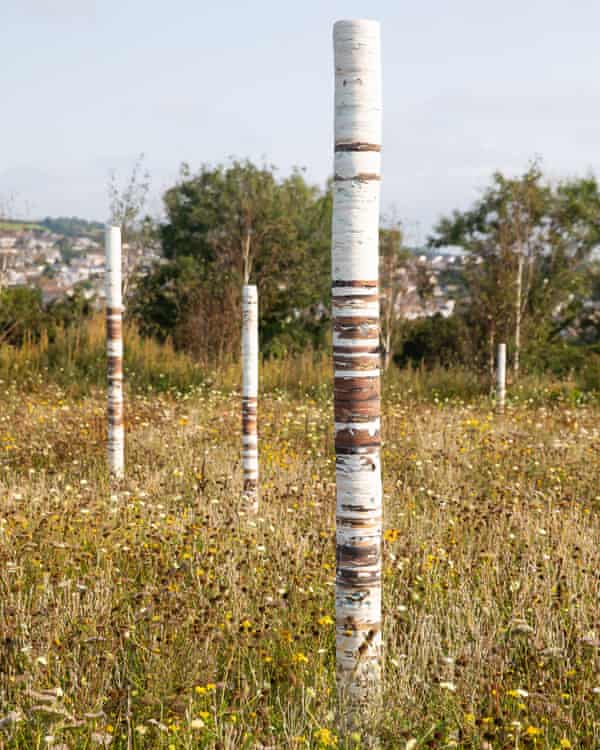 Over the decades the number of people working in the industry fell off and the fortunes of the town declined. The arrival of the Eden Project in a reclaimed china clay pit has helped the wider area, but relatively few of the attraction’s million annual visitors bothered to go to the town centre.

“We have amazing attractions all around – Eden, the Lost Gardens of Heligan, great beaches. But we struggle to get the profile of the town centre itself up,” said Pears.

Partners including Eden, St Austell Brewery and the mining company Imerys have backed the “Whitegold art trail” as part of a regeneration scheme, the Austell Project.

The art curator Alex Murdin said: “It’s about reinventing St Austell. Art always makes people look again.” The bee mural has been an important centrepoint of the project. Local people were asked to draw things they liked about the area and the images – from Cornish pasties to mackerels – were printed on individual china clay tiles.

Favourite sites such as an aqueduct and Eden’s biomes also feature on an installation in the town called Clay Planet. A piece called Seed Bank is made out of recycled fragments of china clay while The Age of Aquarius takes inspiration from the revered St Ives potter Bernard Leach.

The project is also about details. A cafe features a gleaming new sign made from china clay tiles. The planters outside the market house have been made by a local potter using a rough glaze popular in the 19th century. The place has a buzz about it, with new shops opening including an artisan baker and chocolatier. 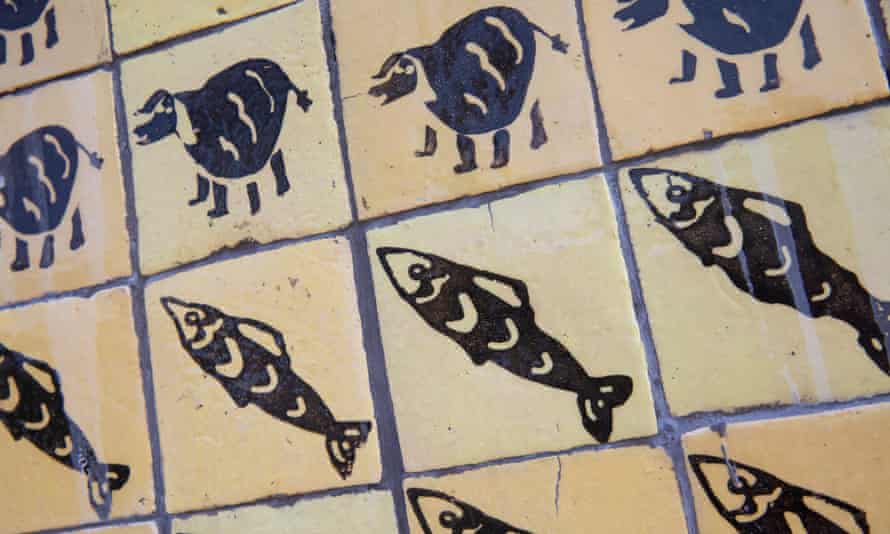 Local colleges are planning to boost pottery courses and a ceramics hub called Flookan has opened. Street art combining a mackerel and a shark, urging people not to fall prey to loan sharks, has appeared while images of cats created by St Austell’s answer to Banksy – Stanksy – are dotted around the streets.

The final commission – Earth Goddess – should be in place by the end of the year, created from five large circles of clay, each built in three sections, placed on top of each other – looking like giant ceramic beads on a metal pole.

The artist, Sandy Brown, who has a studio in north Devon, has had a challenging time working out how to make such a large structure stable but is confident it will stand the test of time.

“I thought it would be good to have a really tall sculpture without really realising what I was letting myself in for,” she said. “But I thought we needed a really strong earth goddess for the town.”