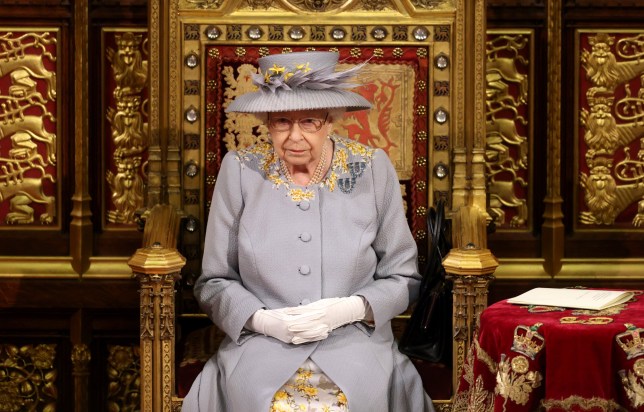 The Government’s recovery plan is based on the outdated dogma of relentless economic growth (Picture: Chris Jackson/WPA Pool/Getty Images)

In a decade that is critical for action on the climate emergency, we heard a Queen’s Speech where, astonishingly, the word ‘climate’ was not mentioned once.

There was a passing reference to the existing UK commitment to reducing greenhouse gas emissions to net zero by 2050, and yet another claim of global leadership on climate.

So what we are left with is a lot of empty pledges and more targets with little strategy or plan to deliver them.

It’s not as if the cupboard is bare when it comes to ideas. For example, together with more than 50 cross-party MPs and peers, I wrote to the prime minister in advance of the State Opening urging him to include the Climate and Ecological Emergency Bill in the Queen’s Speech.

It’s been drawn up by leading climate scientists, lawyers and campaigners to chart a course to delivering the scale of emissions cuts that are needed to avert the worst impacts of the climate emergency.

What we heard instead was a pledge for a recovery from Covid-19 to make the UK ‘stronger, healthier and more prosperous’. No mention of greener or fairer, even though opinion polls over the past year have shown that this is what people want.

It’s also what encouraged a huge vote for Green candidates in last week’s local elections in England, and national polls in Wales and Scotland.

Worse, the Government’s recovery plan is based on the outdated dogma of relentless economic growth – exactly what is fuelling the climate and ecological crises. There needs to be a change of mindset and a recognition of what a sustainable future looks like: one where the wellbeing and health of people and the planet come first. On current evidence, ministers just don’t get it.

We will need to have the details of some of the proposed bills to see what the Government’s intentions are, but one thing is clear: it’s creeping authoritarianism.

In my opinion, it is trying to crush alternative centres of power and limit the opportunity for other political parties to succeed.

Take the Electoral Integrity Bill, announced in the Queen’s Speech. It’s being sold as a means of protecting the ‘integrity’ of elections but it is nothing of the sort.

Requiring voters to produce ID at a polling station is a form of voter suppression straight out of the US Republicans’ playbook, according to US civil rights groups. It has been suggested the estimated two million people without photo ID – like passports or driving licences – are much less likely to vote Tory.

In other words, it is a thinly-veiled assault on our democracy.

There is no evidence of widespread voter fraud in the UK – in the 2019 election, there was one conviction and one caution among an electorate of 47million people. This is a problem which doesn’t exist.

When turnout for elections hasn’t exceeded 70% for more than 20 years, we should be looking at ways of encouraging and facilitating voting, not putting more obstacles in people’s way.

In addition to this are plans to curtail the right to judicial review – in other words the chance to challenge whether government decisions are lawful – and the sweeping changes to the planning system, which would remove the right of local communities and democratically-elected representatives to have a say over housing developments in their area. 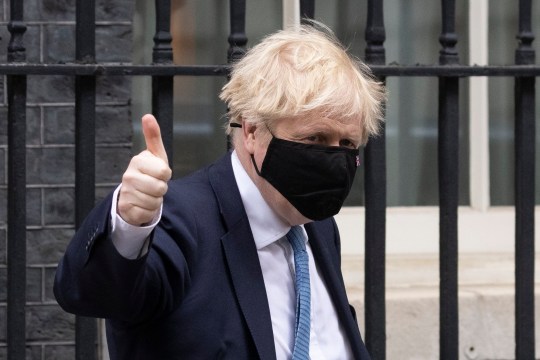 We have already seen what loosening planning laws has done in recent years, with buildings freely converted from offices into homes, which are scarcely habitable.

What we need are decent, affordable homes with a guarantee for easy access to local green space for everyone, not a door held open for developers to build whatever they want regardless of the impact on local communities.

There is also a streak of cruelty about the Government’s plans around asylum. Refugees who risk their lives to reach sanctuary in the UK, crossing the Channel in small boats, are to be denied protection.

The reported plans are not only cruel and a breach of international law, they are unworkable.

Proposing to remove asylum seekers who have passed through a safe country before reaching the UK relies on deals with those countries that don’t exist and now we are out of the EU, there is no obligation on EU countries to accept refugees who the UK turns away from our shores.

Despite what the Government says, this will not deter criminals who facilitate dangerous and illegal journeys. It will just force refugees to seek even more dangerous routes to reach safety.

And as for the claim that immigration reform will enable people to be removed more easily from the UK, one wonders what ministers have learned from the Windrush scandal. On this evidence, nothing at all.

Authoritarian, cruel and lacking in any coherent or sustainable plan for the major challenges we face: this was not the Queen’s Speech our country deserves.