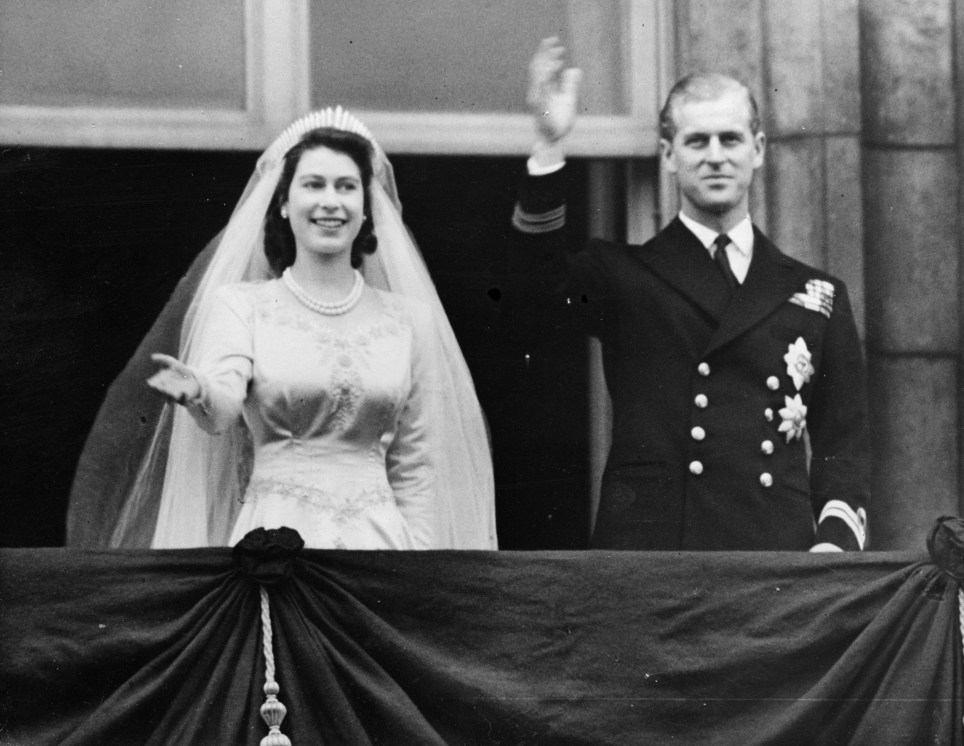 The wedding of Princess Elizabeth and Prince Philip on 20th November 1947 almost did not happen (Picture: Hulton Royals Collection)

The Queen and Prince Philip’s marriage lasted a wonderful 73 years but it nearly did not happen at all.

There were questions over his nationality, his background and his flirtatious manner.

But a young Princess Elizabeth was adamant she had found her man and the pair succeeded in convincing the establishment to allow their union. 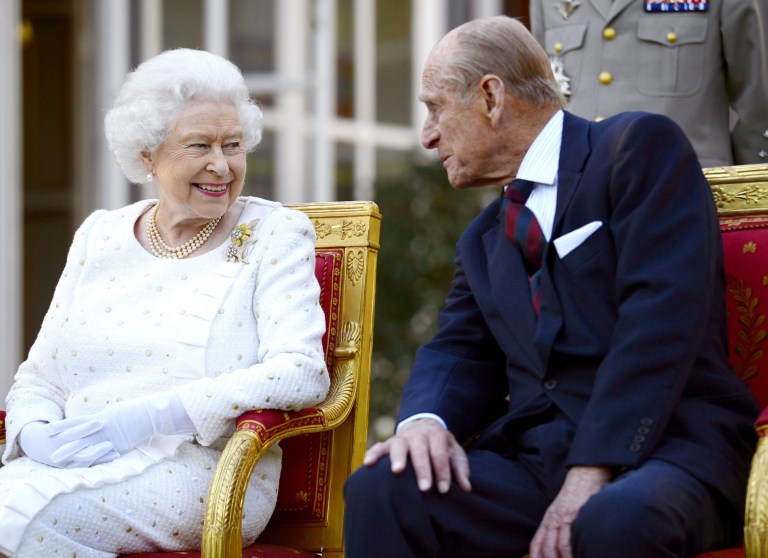 The 72-year union almost did not happen (Picture: Rex Features)

The Queen and Prince Philip first met in 1934 at the wedding of Princess Marina of Greece and Denmark to Prince George, Duke of Kent.

Her Majesty, however, was just eight while the Duke was 14, had been essentially abandoned by his family and was at boarding school at Gordonstoun.

Five years later their paths would cross again at Dartmouth Naval College as Britain teetered on the brink of war.

With a shock of bright Scandinavian blond hair, tall and athletic, the Prince was already attractive to woman.

He was described as ‘very amusing, full of life and energy and a tease’. 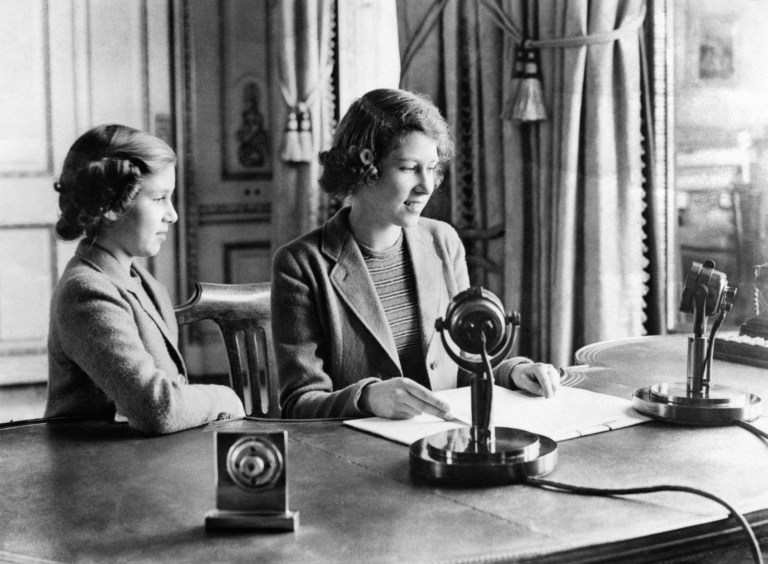 By contrast, the young Princess Elizabeth was a serious and shy child who was very much protected from life by her father.

Prince Philip recalled telling Elizabeth that she was so timid he couldn’t get a word out of her during the meeting.

In turn, her memory of the day was that he wolfed down a plate of shrimps like he had never eaten before in his life.

Courtiers at the time were concerned, particularly as the monarchy was still reeling after the abdication of King Edward VIII just a decade earlier.

The late Sir Edward Ford, who was an assistant private secretary from 1952-1967, confirmed the trepidation by the old guard.

He said: ‘Some were very concerned. The line was slightly tenuous at that point.

‘So it was only natural that the older generation – friends of the King like Lord Salisbury – were concerned that who the Queen was with was totally and utterly suitable.

‘So they were sniffing around the see what he was like.’ 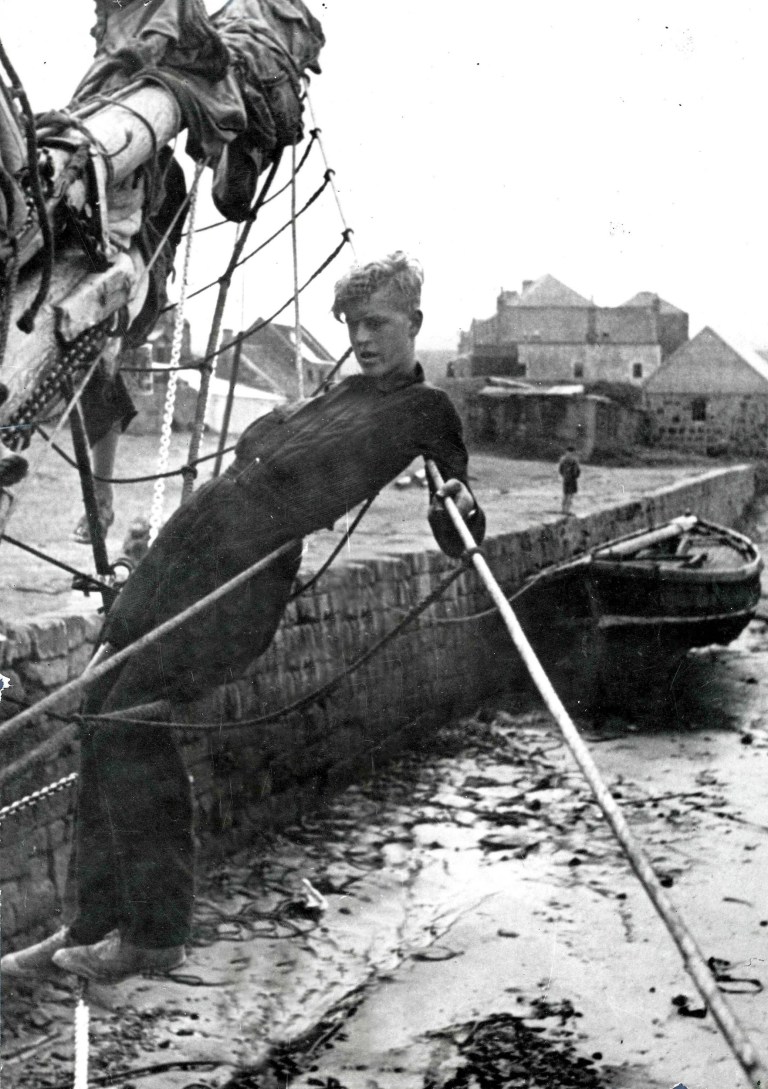 Athletic and with a shock of blond hair, the young Prince was quite the catch (Picture: Popperfoto)

The Queen was smitten and a turning point in the relationship came when she was 17.

The Duke of Edinburgh went with his cousin, David Milford Haven, to stay at Windsor Castle and over the weekend the pair engaged in dinner parties, charades, films and dancing.

The Queen’s governess Marion Crawford once recalled her charge was animated in a way ‘none of us had ever seen before.’

The Duke would visit Windsor again in the coming months and the pair began to correspond with regular letters. 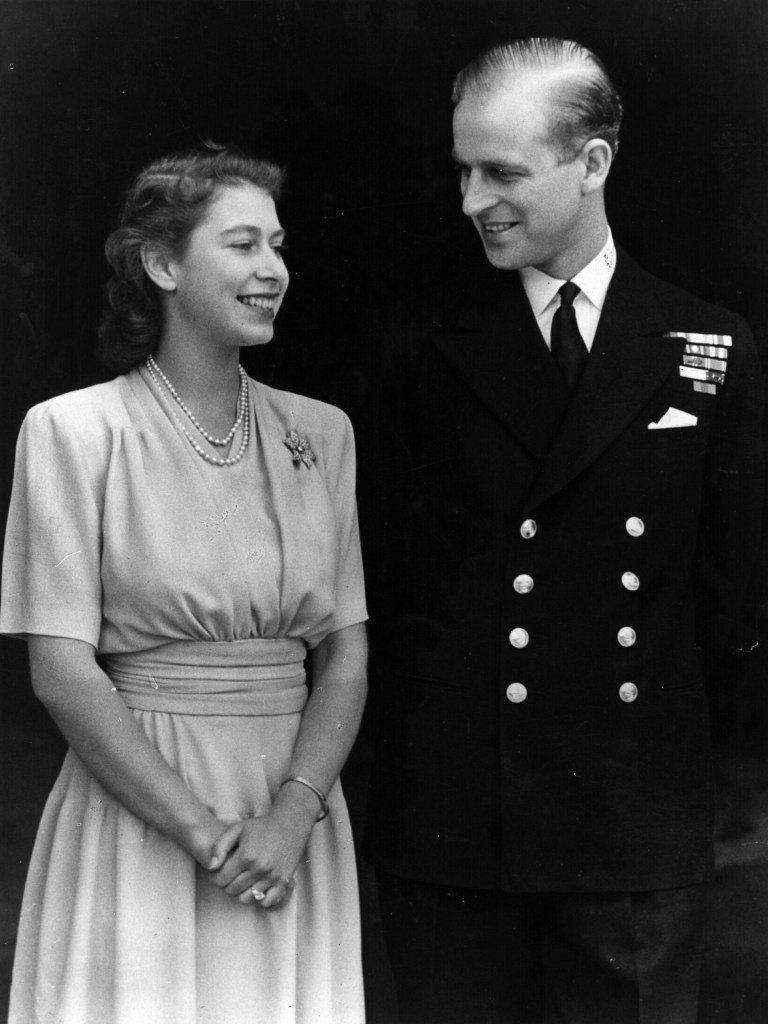 When the Queen was 20 years old, Prince Philip asked the King for his eldest daughter’s hand in marriage.

While he was of noble birth and had his own title – Prince Philip of Greece and Denmark – he had no money and no estate.

But more than that, the King was fearful that Prince Philip was not British and did not belong to the Church of England.

As a young man, the Duke was known as a flirt but also had an inner confidence.

Mr Ford noted: ‘He was a perfectly natural young sailor and very much in love with the girl of the house.

‘But he would not in any way fawn on the elders and say “what a suitable husband I am going to be”.

‘He was very much his own man.’ 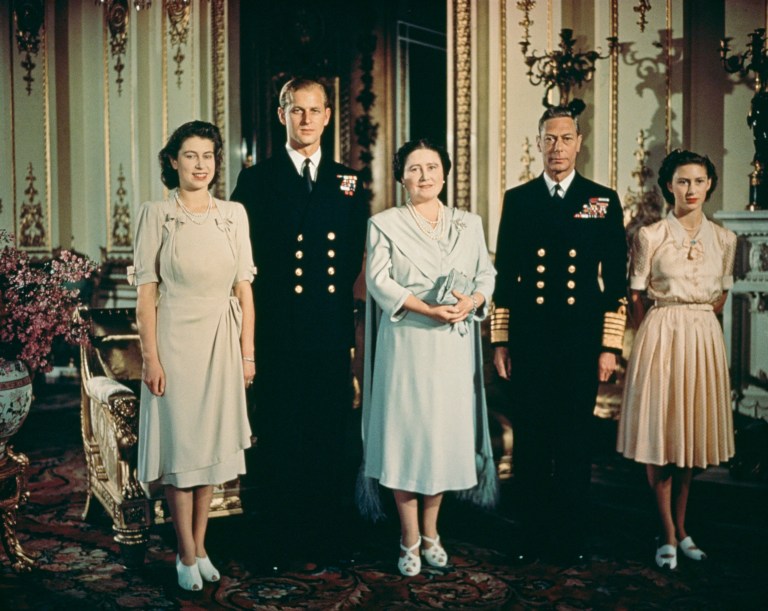 A portrait of the British royal family in the state apartments at Buckingham Palace to mark the engagement of Princess Elizabeth (later Queen Elizabeth II) and Philip Mountbatten (later Duke of Edinburgh), July 1947 (Picture: Popperfoto via Getty)

The couple persevered and the Queen Mother wrote to her soon-to-be son-in-law asking for his assurance that he would ‘cherish’ her daughter.

He replied he had ‘fallen in love completely and unreservedly’ and promised that his ambition was to make them a team that could take on the world.

And he remained true to his word throughout his life.

The engagement was announced on 9th July 1947 after the Queen had turned 21.

Prince Philip dropped his Greek and Danish royal titles and became a naturalised British citizen, taking on the surname Mountbatten from his maternal grandparents.

The wedding took place four months after the engagement on 20th November at Westminster Abbey.

During the toast, King George VI described the union as a genuine romance saying: ‘Our daughter is marrying the man she loves.’