The pandemic disrupted so many people’s plans, including mine. As a freelance reporter, my scheduled trip through South America in search of stories disappeared and I had to look for alternatives. In spite of everything, I got a job during lockdown in a logistics warehouse and was able to save some money. Once the restrictions began to relax, I bought an old van and, with the help of some friends, adapted it to make it my new home for the next months.

I am from Badajoz, a small city in the south-west of Spain a few kilometres from the Portuguese border. I have been visiting Portugal since I was a child but I never had the opportunity to explore the neighbouring country in more depth. With the world paralysed, this was my chance.

On 11 July 2020, the land border between the two countries reopened and a week later I started my trip without a fixed itinerary. My only goal was to disconnect from everything, live without a watch and get closer to nature. Of course, my camera would accompany me.

At the beginning, I spent my days alone driving along the coast south of Lisbon. I tried to socialise with people I met on beaches or where I parked my van. Often finding they were typical tourists, I began to despair, thinking I could end up spending the rest of my trip alone. However, experience told me that I had to be patient and carry on. The journey is a vital process and I knew I had to trust it.

My luck began to change about five days later, when I arrived at the Lagoa de Santo André, a lake by the sea in a tiny fishing village. As soon as I got there, I saw an old motorhome parked in a field with a sign that said “Alex Freestyle”. I got the feeling that whoever was inside would not be an ordinary tourist. 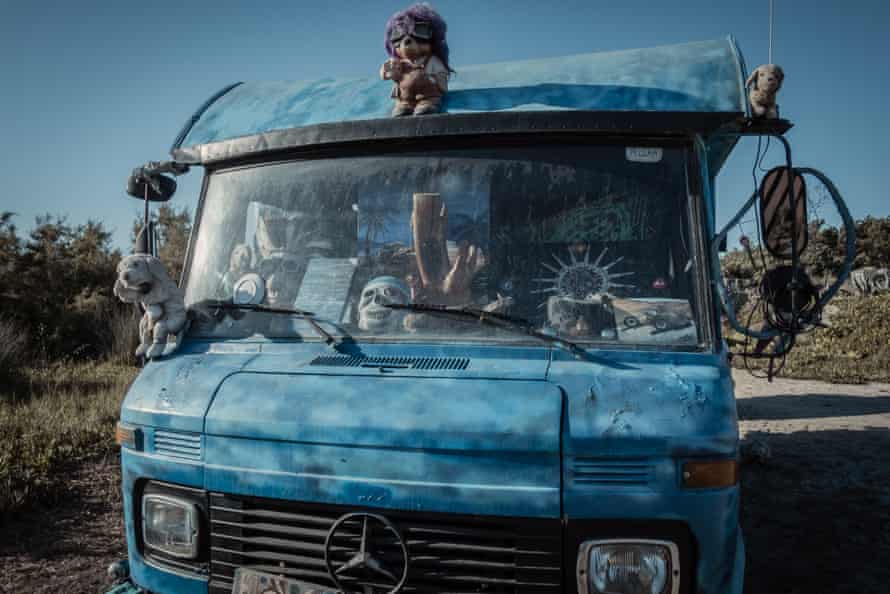 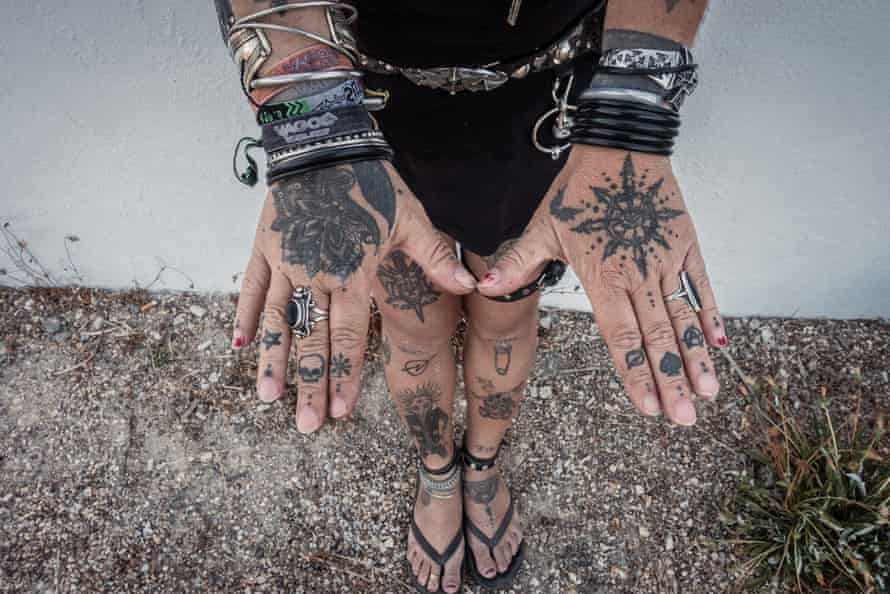 The owner was a German guy in his 50s who had been living in the motorhome for several years with his partner, a 32-year-old Belgian woman. I connected with them immediately and they welcomed me into their alternative lifestyle. Their goal in life was not to amass wealth but freedom. Watching the sunrise and sunset was a daily ritual. Time was not an important concept. They did not feel rooted in any land. If they felt comfortable in one place, they stayed until their nomadic instincts called them back to the road.

My trip was beginning to make sense. A few days later I met Lili, a Portuguese woman in her 30s who had lived in her tiny car for more than seven months. It was incomprehensible how her whole life could be kept in no more than four square metres. She slept on a mat that she stretched out on the passenger seat and used a watering can as a shower. 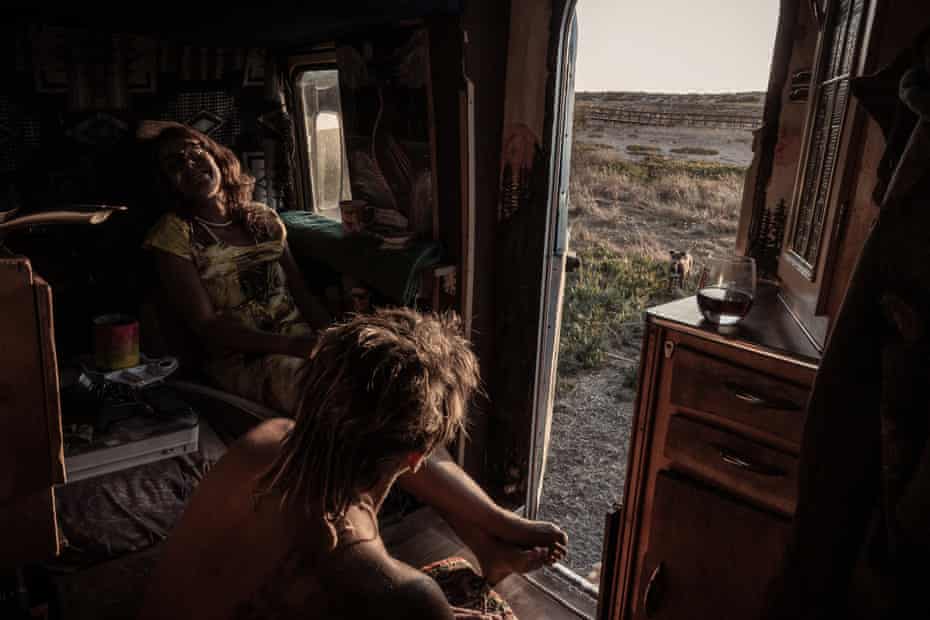 Gradually, as more and more tourists arrived on the beach, the hippies started to feel less comfortable. The pandemic dispersed hippie communities as festivals where they used to come together were cancelled. Despite being people who live and enjoy every day, the uncertainty of the situation was beginning to disturb them as well.

Lili was the first to leave. Then, I headed south.

A few weeks later, I met Lili on the road. We travelled together, staying on beaches along the Costa Vicentina until we reached Praia do Amado, in a town called Carrapateira in the Algarve region. 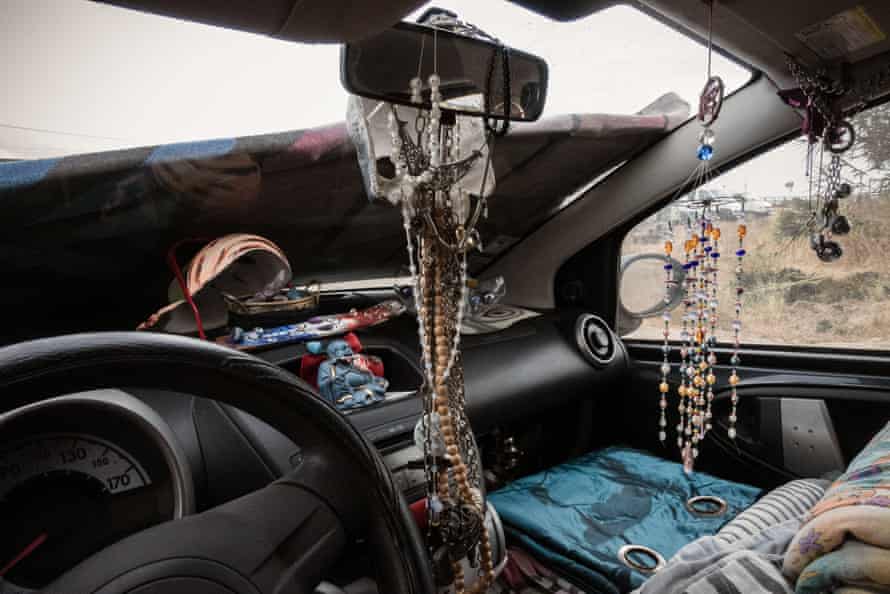 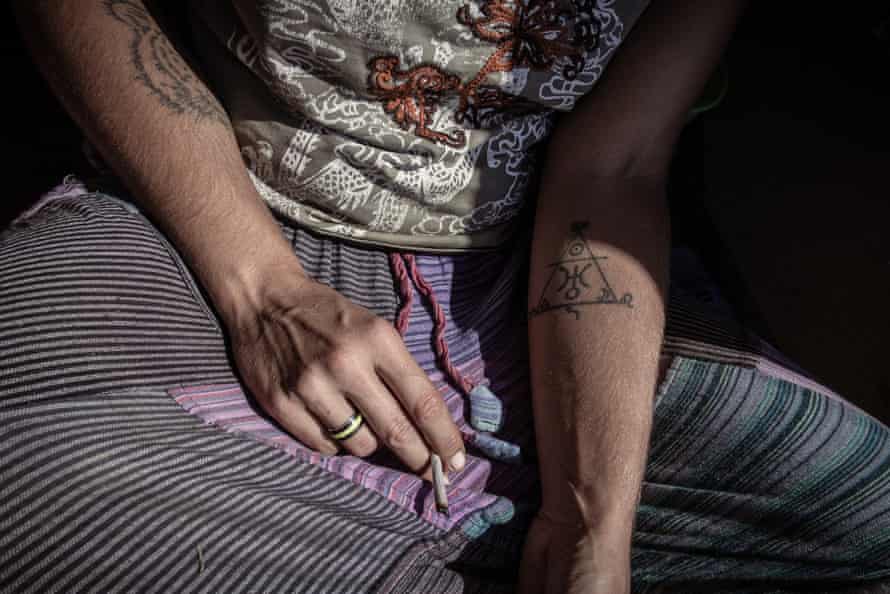 Here, I met Sabrina. She was an artist and lived in a motorhome from the 80s with her nine-year-old son, Inti. While she sold her crafts on the beach, Inti made friends to go surfing with. 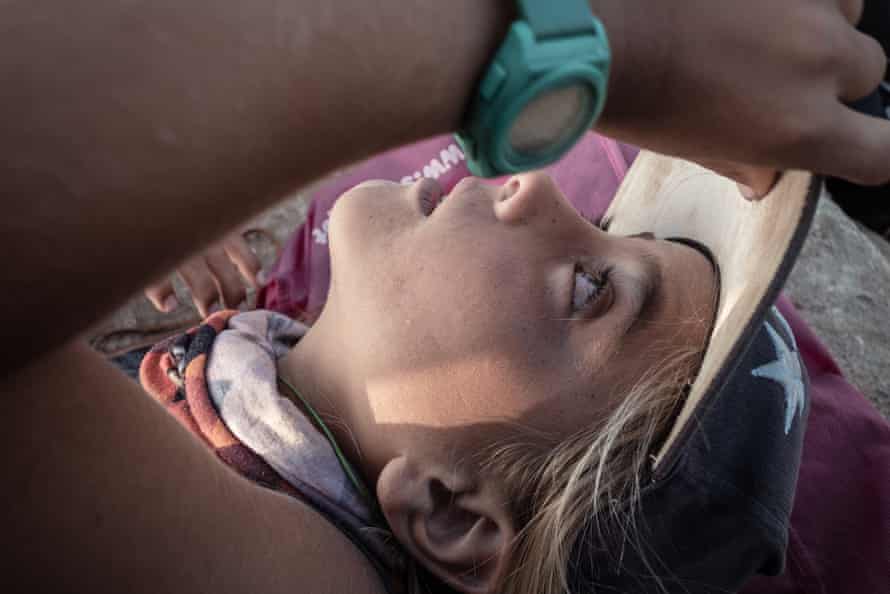 Despite his age he had lived in several countries and speaks perfect Spanish, Portuguese, Italian and Salentino, the Italian dialect of his grandparents. He also spoke some broken English as well as a few French, German and Swiss words. Once a week, he attended an alternative school. And he had more life experience than the adults around him. 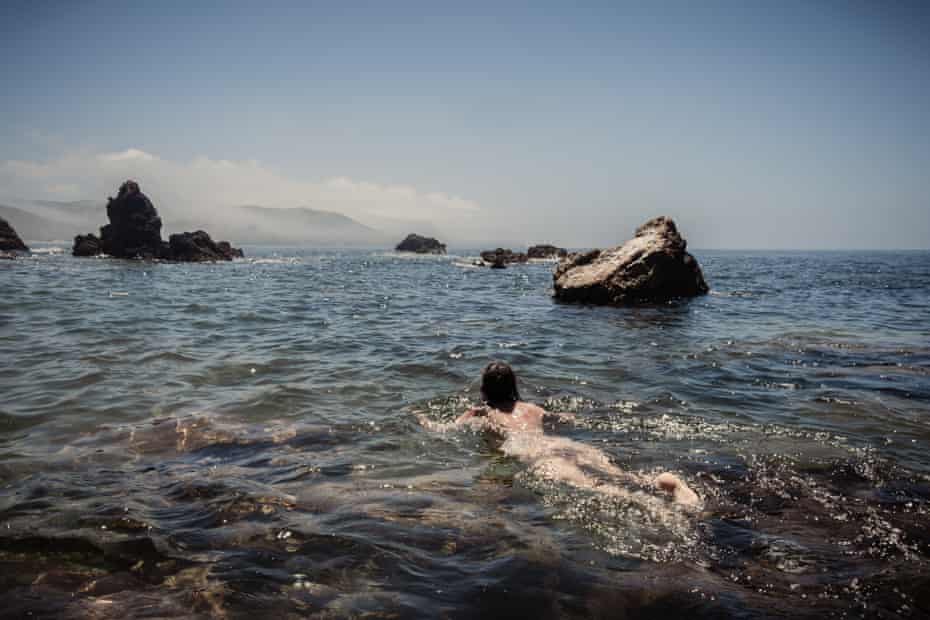 My journey continued until October, meeting other hippies on my way. Having chosen to live away from an established society, they embraced values such as brotherhood, exploration, contemplation, nomadism and respect for the environment. 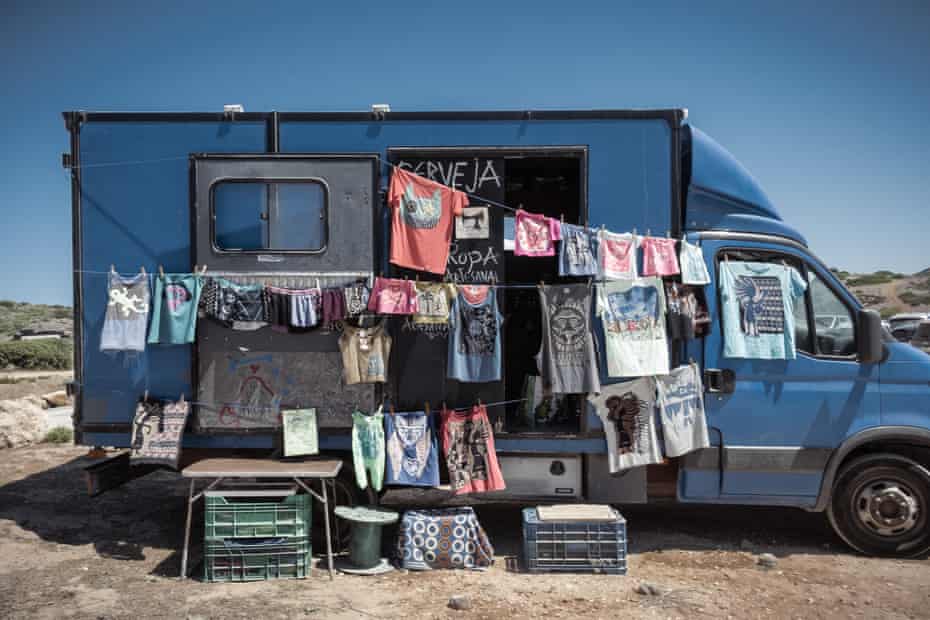 The pandemic has made many of us question the values of today’s society. I wondered if these nomadic hippies already had some of the answers. 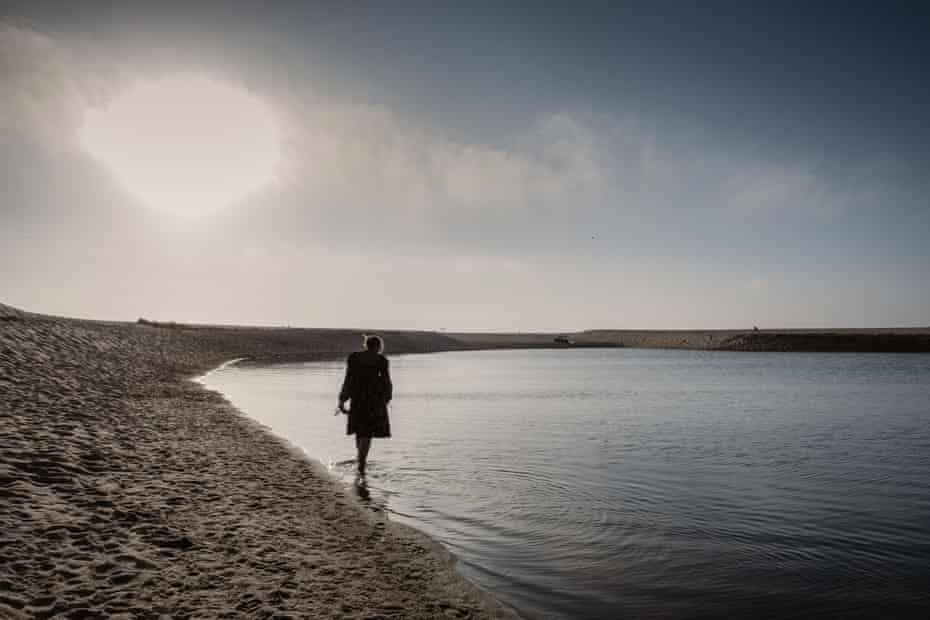 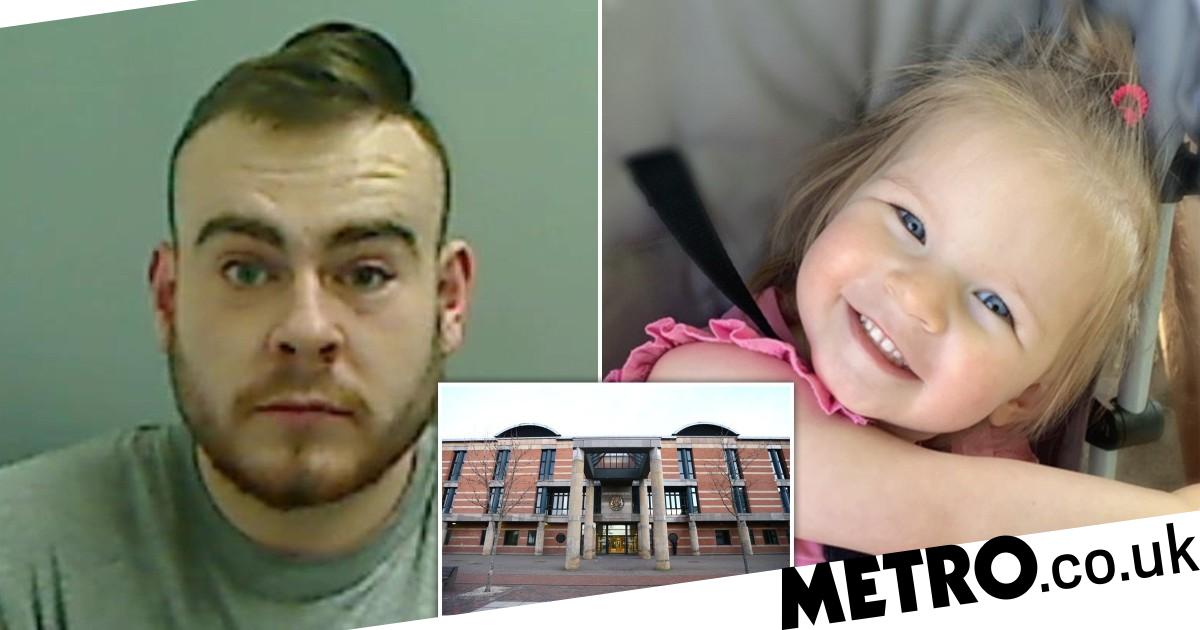