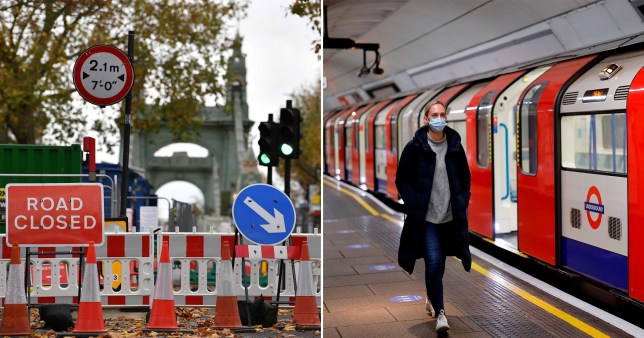 Transport for London has reached a controversial £1.08 billion bailout deal with the Government after struggling to recover from the Covid pandemic.

London Mayor Sadiq Khan said the agreement is ‘not the deal we wanted’ but told Londoners he had ‘seen off the worst of the conditions the Government wanted to impose’ – which would have ‘required huge cuts to transport services equivalent to cancelling one in five bus routes or closing a Tube line’.

Under the latest agreement, TfL must find £300 million of new savings or income in the 2021/22 financial year and £500 million of new or increased sources of revenue each year from 2023 – potentially signaling fare rises.

TfL has been ‘forced to take part in early development work on the business case for driverless trains’  – but Mr Khan will object to further requirements which he says would be ‘a gross misuse of taxpayer’s money’.

The local Government body must also agree to share the cost of repairing Hammersmith Bridge with the London Borough of Hammersmith and Fulham, with the Government contributing a third at most.

It is TfL’s third bailout since profits plummeted by up to 90% during the Covid crisis as people stayed home in lockdown. Nearly 60% of customers are using the service again.

Transport Secretary Grant Shapps has insisted the ‘extraordinary’ package ‘delivers value for money for taxpayers across the country and recognises the importance of the capital’s economy’.

Mr Khan, who beat off Tory Shaun Bailey to be re-elected last month, said he has ‘made it clear there are few options’ to raise fresh funds, warning ministers against imposing ‘draconian measures’ on the capital. 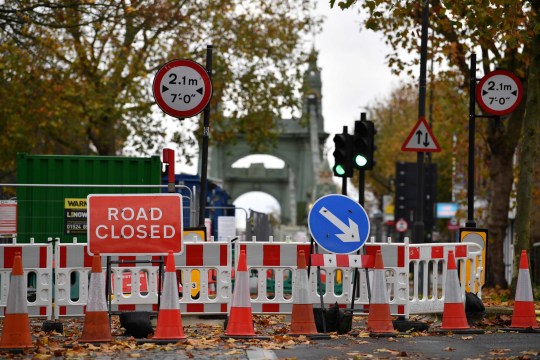 TfL must help the London Borough of Hammersmith and Fulham pay for Hammersmith Bridge repairs (Picture: AFP via Getty Images) 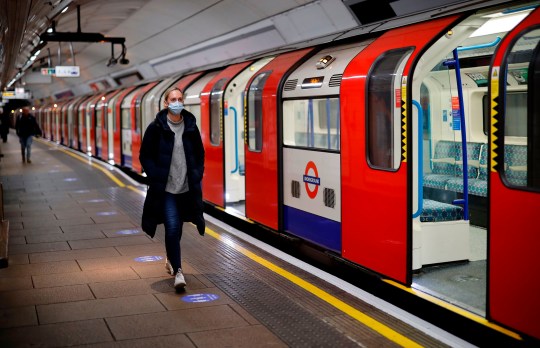 He said: ‘I have tried to build bridges with the Government as this is in the best interest of Londoners and our businesses, but I want to be honest with Londoners: this is not the deal we wanted, but we have fought hard to get it to the best place possible and to ensure we can continue to run vital transport services at this crucial time for our city.

‘After some extremely tough negotiations, we have successfully managed to see off the worst of the conditions the Government wanted to impose on London, which would not only have required huge cuts to transport services equivalent to cancelling one in five bus routes or closing a Tube line, but would have hampered London’s economic recovery as well as the national recovery.

‘The Government is still insisting that TfL look at options to raise a further £500m to £1bn of revenue per year by 2023. I have been clear to the Government that there are very few options to do this and forcing TfL to impose draconian additional measures on London would be unacceptable.

‘So I will continue to work with the Government to identify an appropriate source of funding. But I am hopeful that as London bounces back from the pandemic, and income from fares continues to increase, we’ll be able to avoid introducing any unfair measures on Londoners, as the additional fares revenue may be able to meet Government demands.’

The Department of Transport said Mr Khan had agreed to prepare a plan to accelerate TfL’s £730 million modernisation programme by April 2023, as well as to reviewing the pension scheme and contributing £100 million to ‘the delivery of healthy streets and active travel programmes’.

Mr Shapps said: ‘This £1.08 billion financial package will support London and its transport network through the pandemic, and ensure it is a modern, efficient and viable network for the future.’

He added: ‘Throughout this process, the government has maintained that these support packages must be fair to taxpayers across the UK and on the condition that action is taken to put TfL on the path to long-term financial sustainability. As part of today’s settlement, the Mayor has agreed to further measures that will help ensure that.’