Tesla is working on a humanoid robot called Optimus designed to do ‘useful things’ like make dinner or cut the grass.

The company’s CEO Elon Musk presented a prototype of Optimus to a crowd at Tesla’s office in Palo Alto, California, yesterday.

The robot slowly and awkwardly walked onto a stage, turned, and waved to the audience who cheered.

Mr Musk said he planned to produce millions of the humanoids and sell them for less than £18,000, a third of the price of Tesla’s Model Y car.

The robot has been created with four fingers and a thumb so it can have the dexterity of humans.

Mr Musk wants Optimus to be able to help people with basic chores such as cooking or even with caring for relatives.

Tesla employees have been working on the robot for six to eight months and Mr Musk predicts a version will be ready for the market in three to five years.

But, the billionaire conceded, ‘there is still a lot of work to be done’. 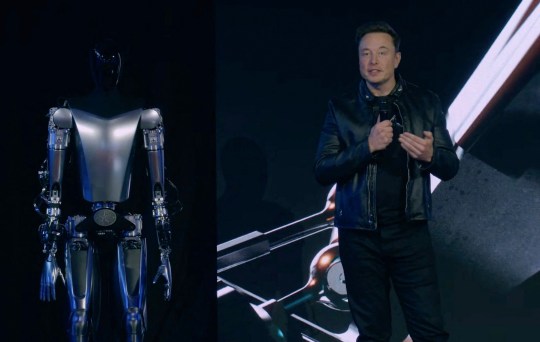 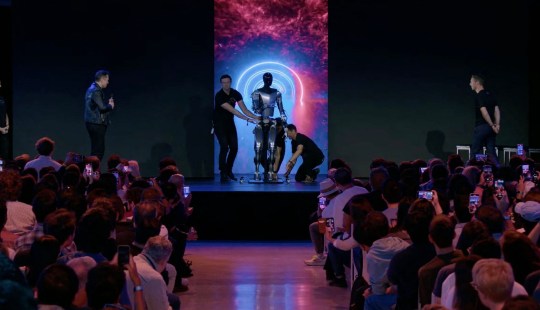 Optimus was unveiled to a crowd of people and on live-stream (Picture: Getty)

The idea is for the robot to continuously be improved, eventually becoming ‘incredible in five or 10 years, like mind-blowing’.

Mr Musk told the crowd Optimus’ performance on stage was the first time the robot had operated without a tether.

Similar computers would be used to teach tasks to the robots.

Mr Musk, who has spoken before about the risks of artificial intelligence, said the mass rollout of robots had the potential to ‘transform civilization’ and create ‘a future of abundance, a future of no poverty’.

But he said he believed it was important that Tesla shareholders had a role in vetting the company’s efforts.

‘If I go crazy, you can fire me. This is important,’ he added.