TEMPERATURES are set to plummet this weekend as Britain is hit by another deep freeze.

The spring-like warm weather will be short-lived as the mercury drops to -10C in some areas. 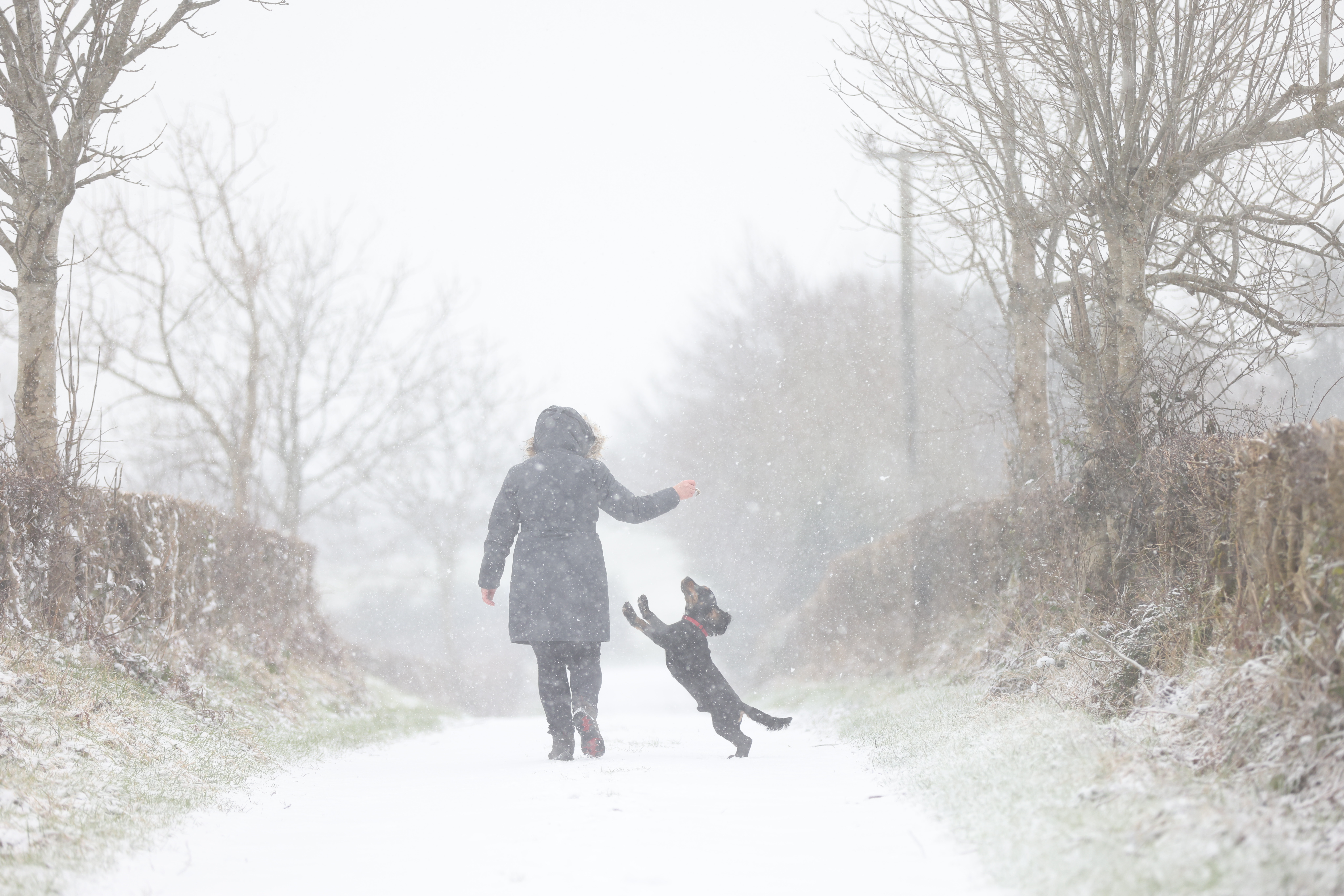 Britain is braced for another deep freeze with temperatures dropping as low as 10CCredit: Pacemaker Press 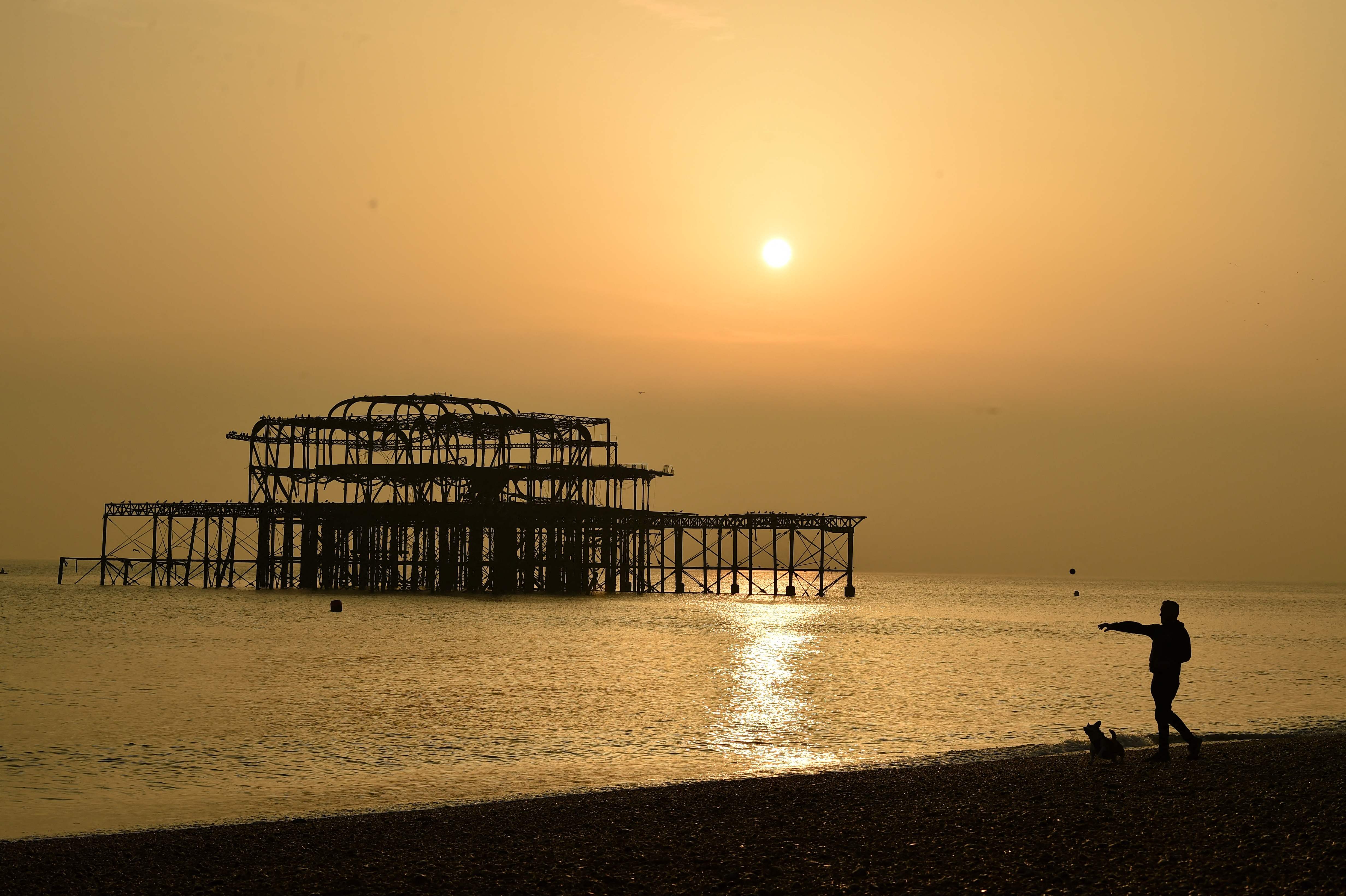 A man walks with his dog near the West Pier as the sun sets over BrightonCredit: AFP or licensors 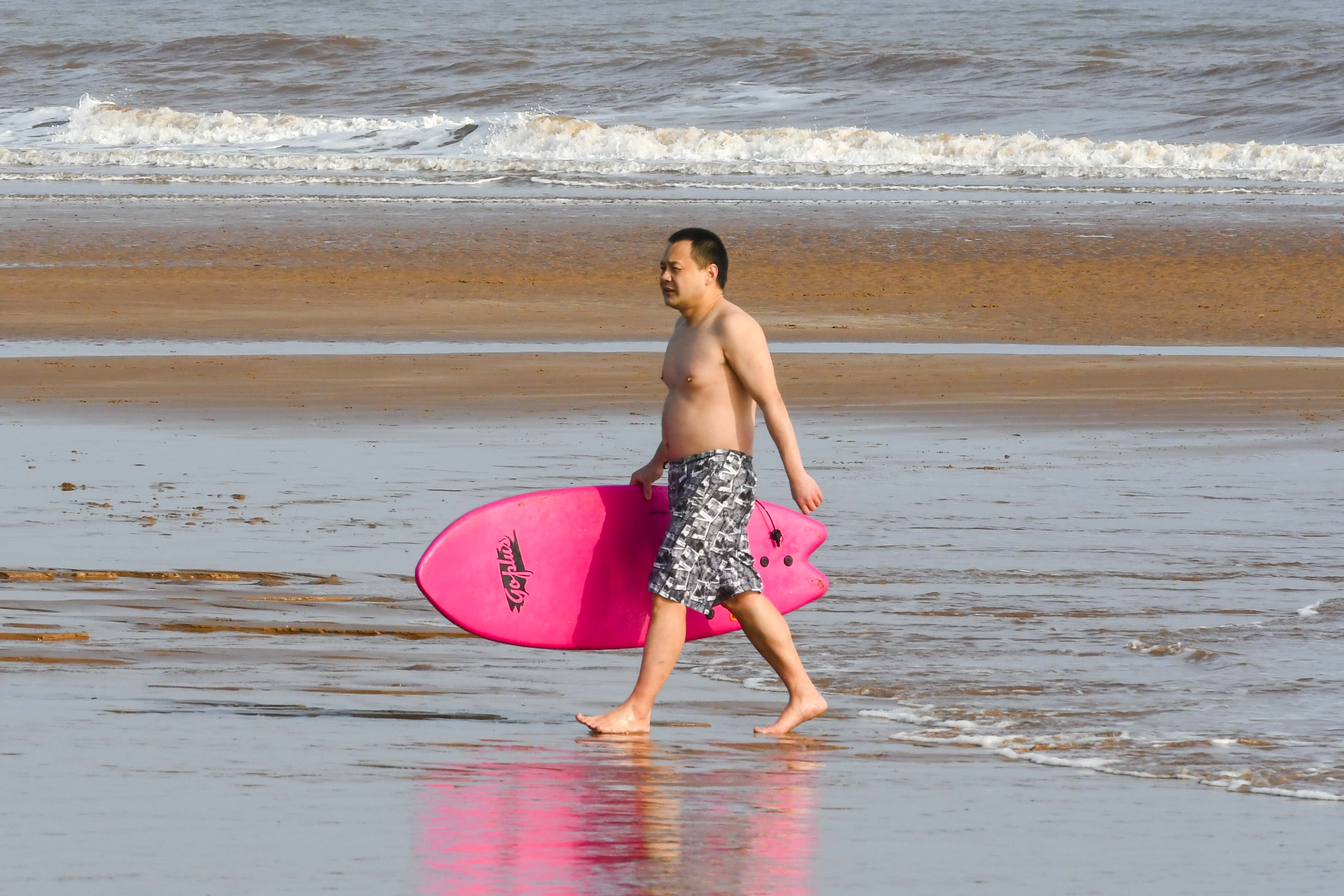 Lockdown-weary Brits flocked to seasides and parks at the weekend as the sun finally showed itself.

Crowds were pictured soaking up the rays after months of rain, wind and snow – and being locked inside.

Temperatures hit the mid-teens across southern England, even reaching 18C in Weybourne, Norfolk on February 24 – making it the warmest day of the year so far.

But this week has already seen Brits shiver in 4C chills amid thick fog.

And forecasters have warned the mercury will continue to fade away for the rest of the week before plummeting on Saturday.

Widespread frosts are set to take a firm hold with -5C nights on the cards amid the latest Arctic blast. 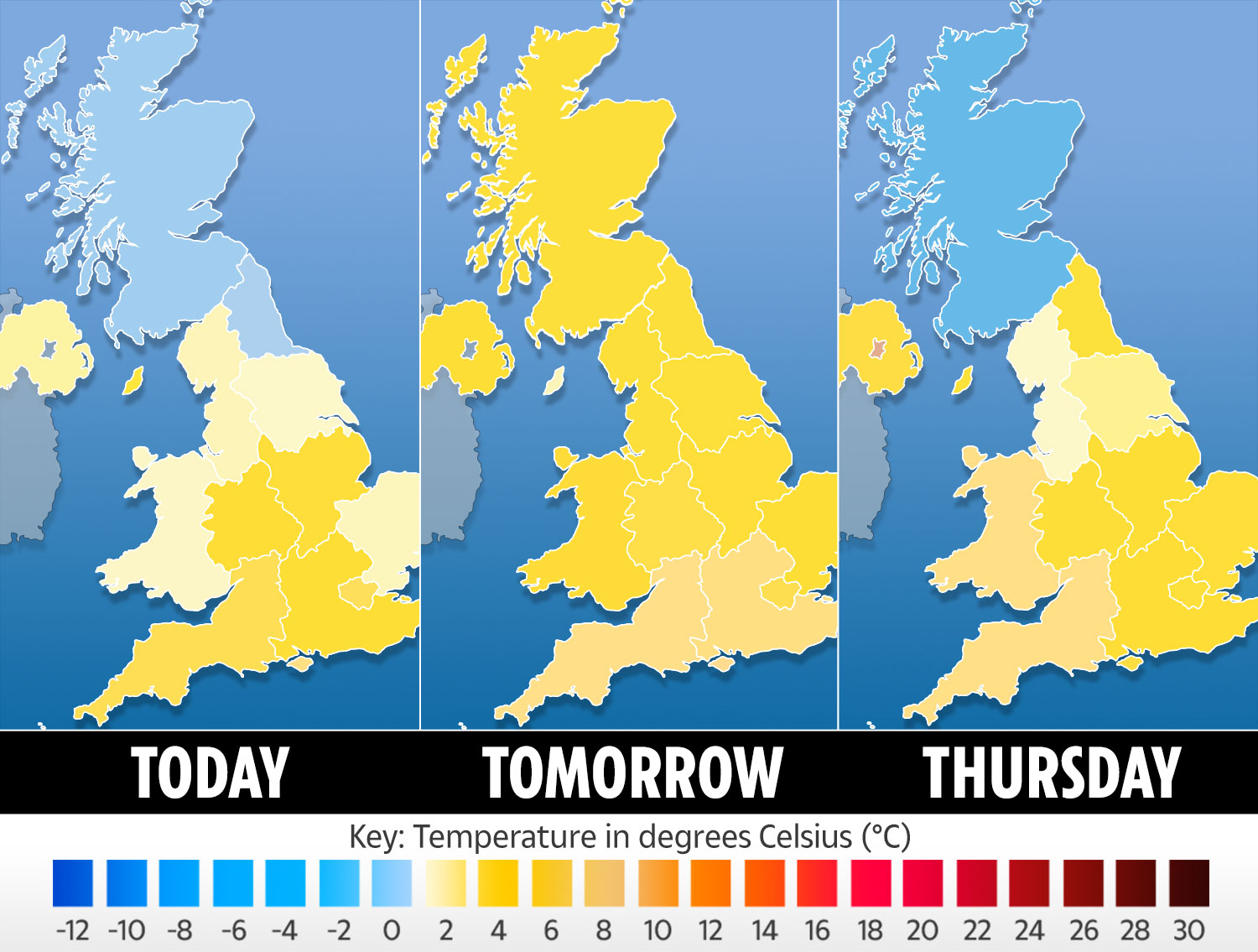 Widespread frosts are set to take a firm hold 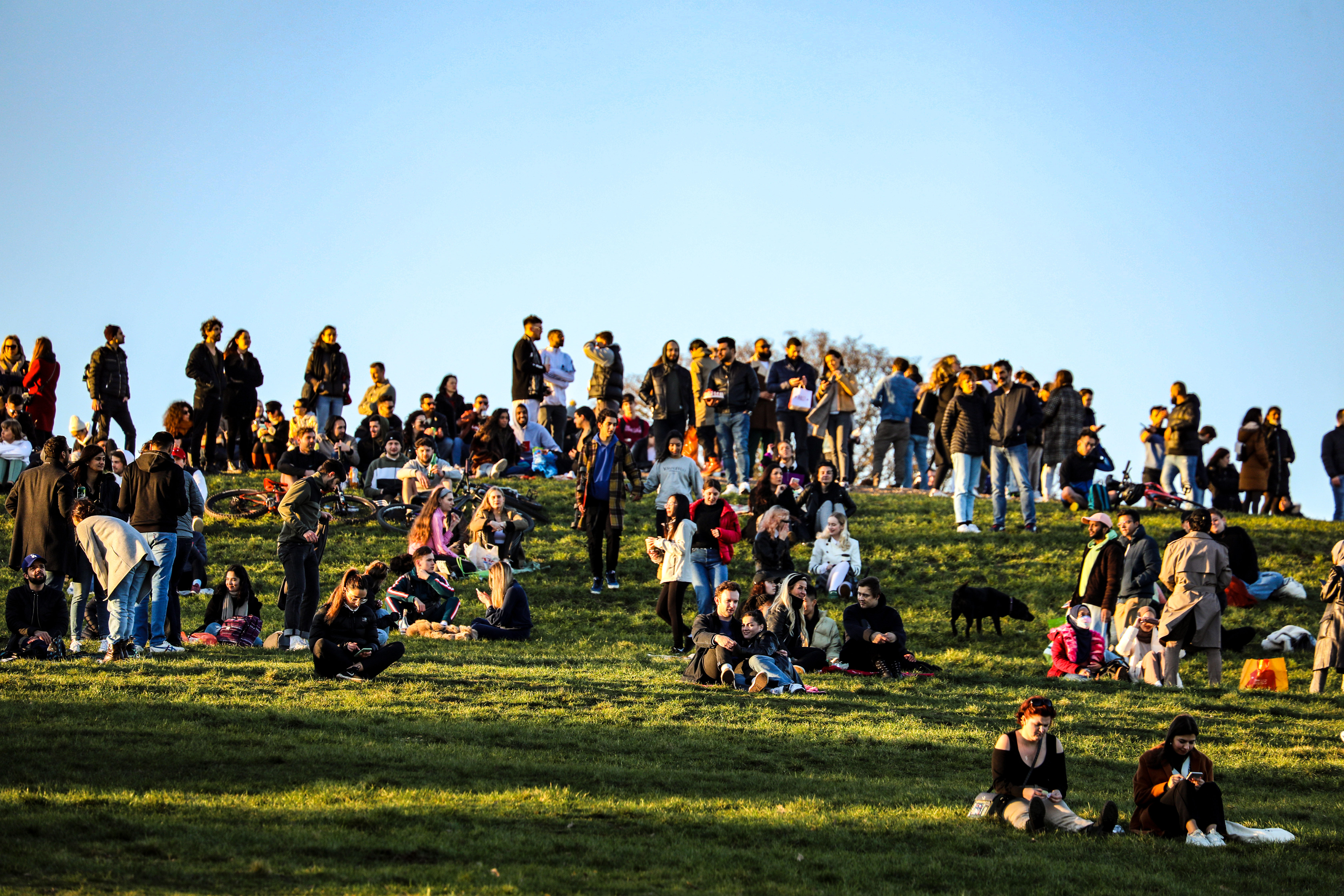 Crowds gather on top of London’s Primrose Hill to watch the sunset at the end of a sunny weekendCredit: The Mega Agency 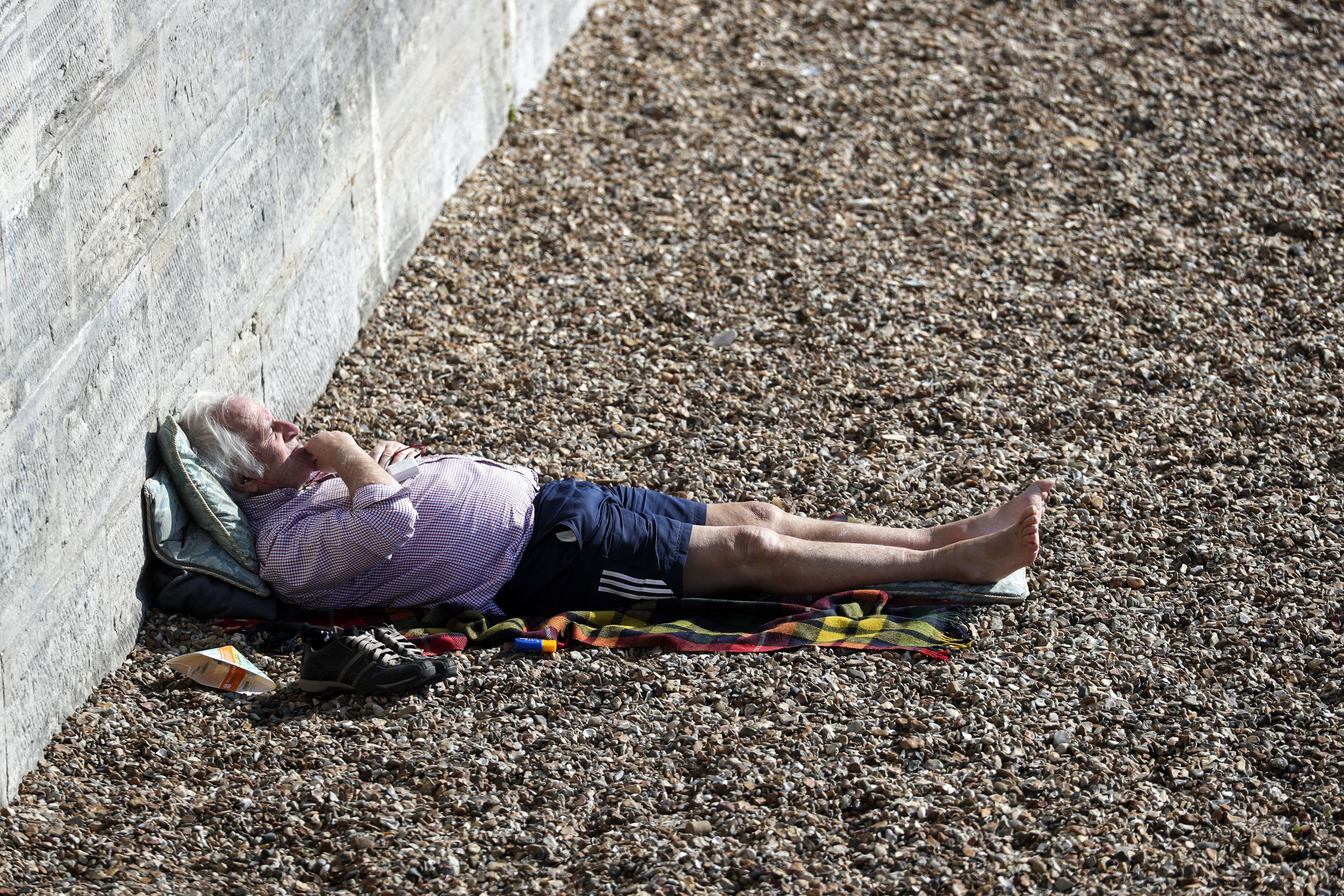 A man sunbathes in Old Portsmouth, Hampshire, on the first day of meteorological springCredit: PA:Press Association

Met Office forecaster Dean Hall said: “It’s going to turn much colder by the end of the week.

“An Arctic air mass is moving in from Iceland, drawing in colder north easterly winds. It’ll lead to overnight frosts quite widely.

“It will, however, remain dry and settled, just pretty chilly.

“We’re looking at day-time temperatures for most of between 6C and 8C.”

The Met Office has warned it will be a frosty morning on Saturday, and temperatures could drop as low as -10C in some sheltered glens.

It may be chilly for some tonight, but it will be #cold and ❄️ frosty for most first thing on Saturday morning, when temperatures in some sheltered glens in Scotland could be as low as minus 10 Celsius! pic.twitter.com/59Np6vuXvU

Colder spells will grip the UK and are likely to remain until mid March, with Atlantic frontal systems introducing colder and wetter weather than usual for the time of year.

Despite the cold weather, the days are starting to get longer.

Brits can expect to gain 25 minutes of daylight over the next week, according to the Met Office.

Last month saw the warmest and coldest temperatures of winter, according to statistics revealed today.

The mercury dropped to a bone-chilling -23C on February 11 as the Beast from the East battered the nation.

But just days later on February 24 the nation warmed up and was bathed in 18.4C heat and glorious sunshine.

Data compiled by the Met Office and released today shows it was the hottest day of the year so far and winter’s warmest.

Dr Mark McCarthy, head of the Met Office’s National Climate Information Centre, said it was a month of two halves. 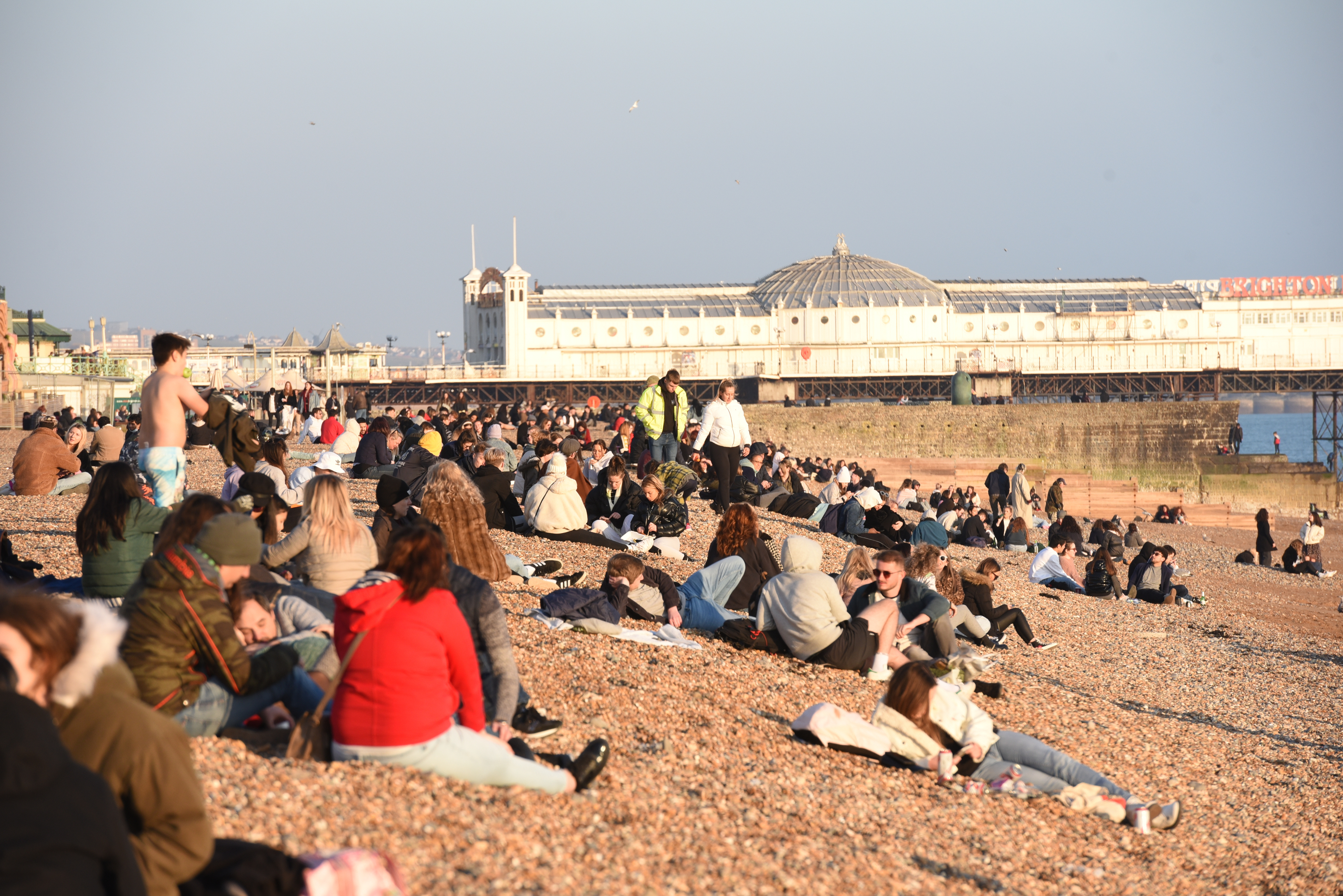 People enjoying the warm weather on the beach in BrightonCredit: London News Pictures 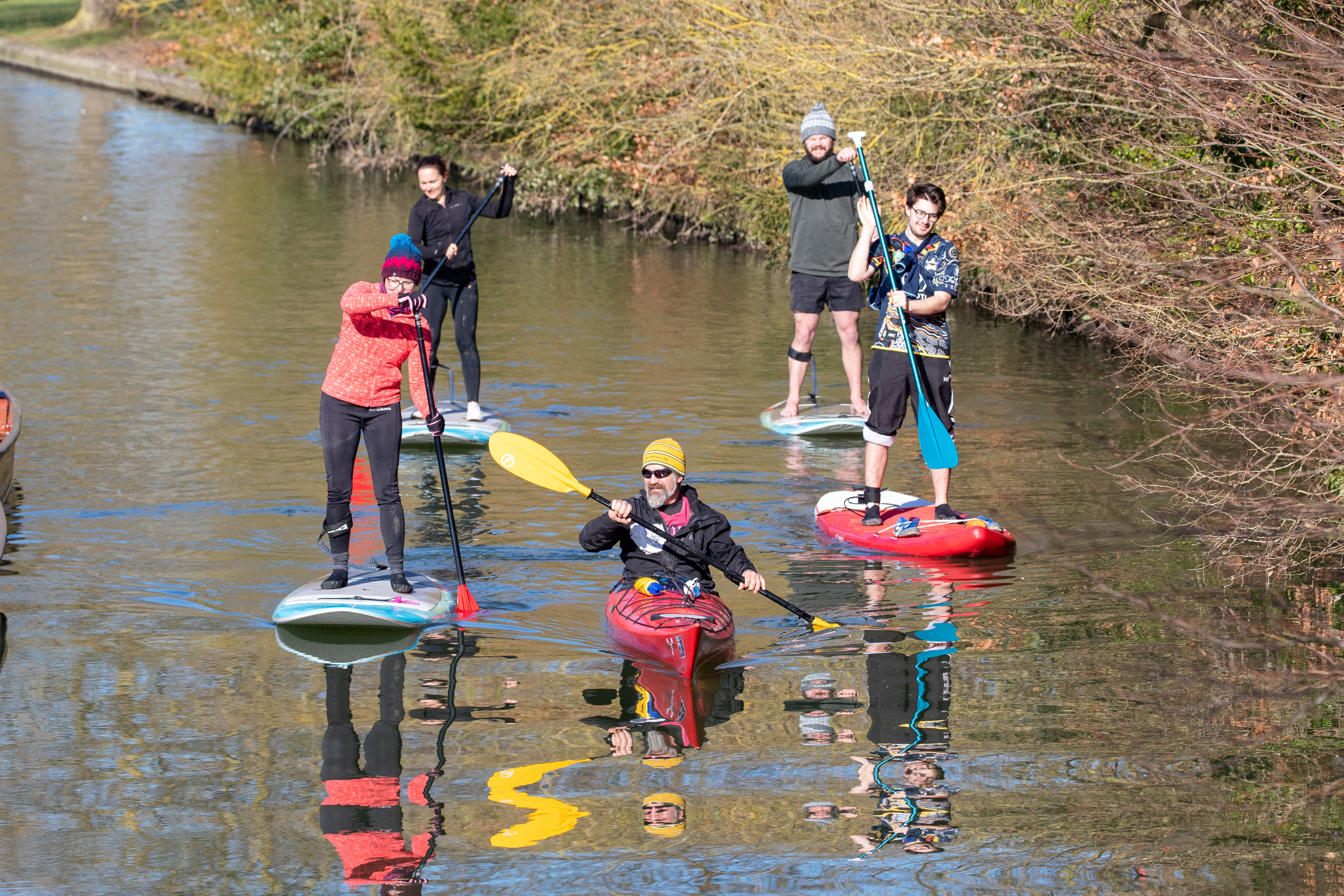 People out on the River Cam in CambridgeCredit: Bav Media 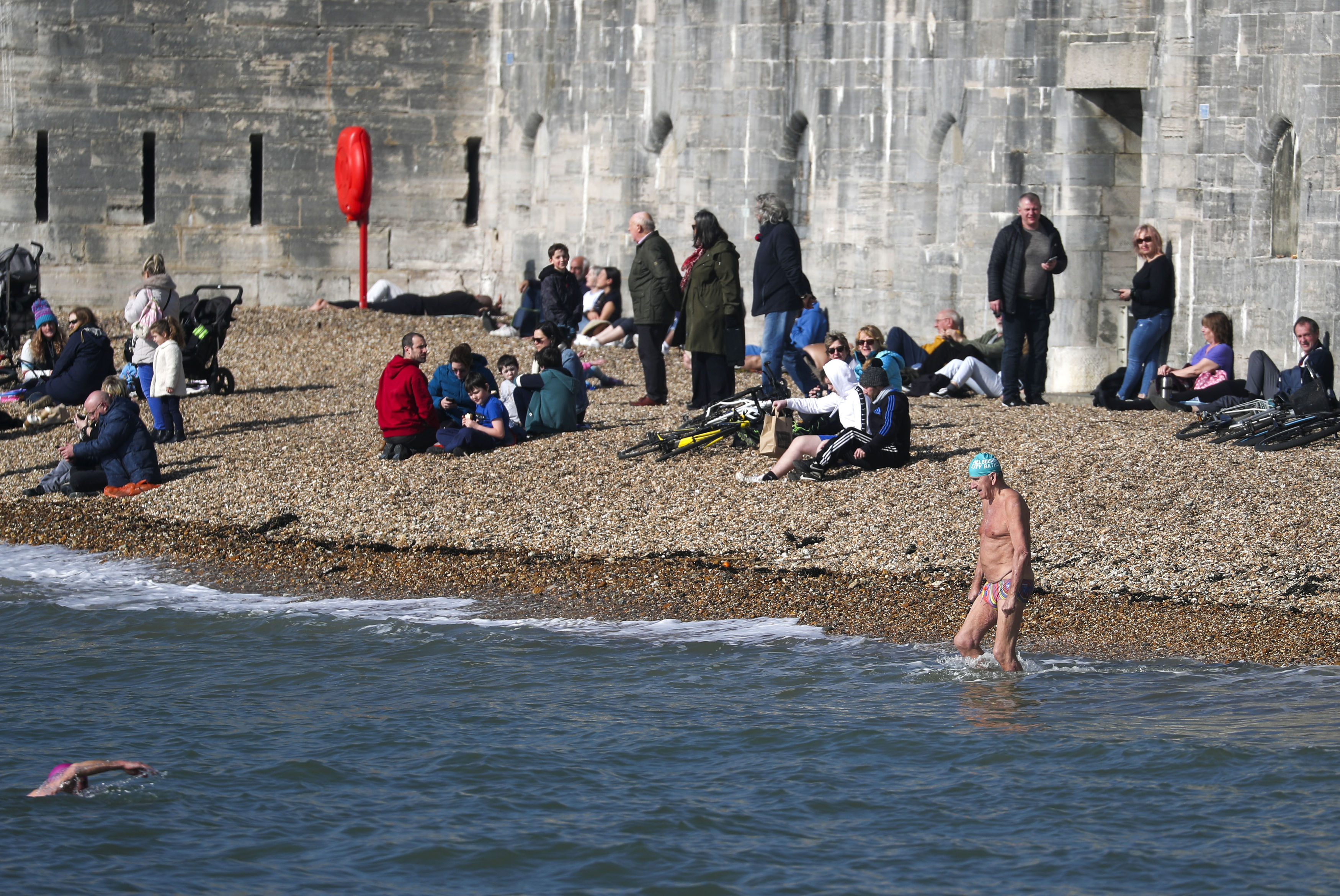 He went on: “February 2021 has seen a wide temperature range resulting from the two predominant weather patterns.

“The first half of February saw some bitterly cold easterlies originating from Russia.

“Recent days have seen the influence of air coming from the Canary Islands.”