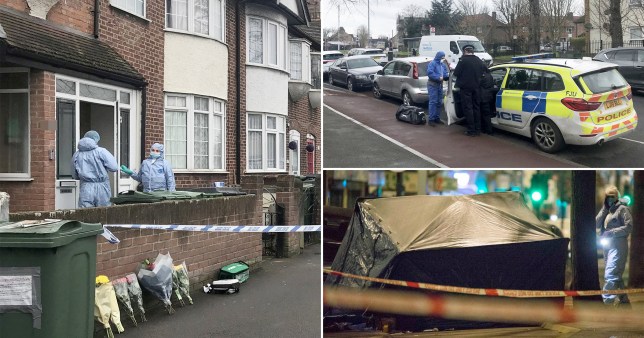 The teenager collapsed after being knifed in the neck (Picture: LNP/SWNS)

A teenage law student was stabbed to death while ‘protecting his mum’ from thugs trying to steal designer clothes from his family’s home-run business.

Hussain Chaudhry, 18, collapsed after being knifed in the neck outside the house in Walthamstow, east London, shortly before 5.30pm on Wednesday evening.

He was pronounced dead at the scene. His mother and brother, who suffered slash wounds to their hands, are recovering in hospital.

Scotland Yard said a murder investigation has been launched. No arrests have been made.

Witnesses said the teenager was attacked by a knifeman posing as a customer.

His uncle, Reiss Chaudhry, said: ‘He was just trying to protect his mum. He was a good boy and such a lovely boy.

‘His mum was badly cut across her hand and his brother was hurt too and they are both still in surgery. He was stabbed in the neck and he died laying in his mother’s lap.’ 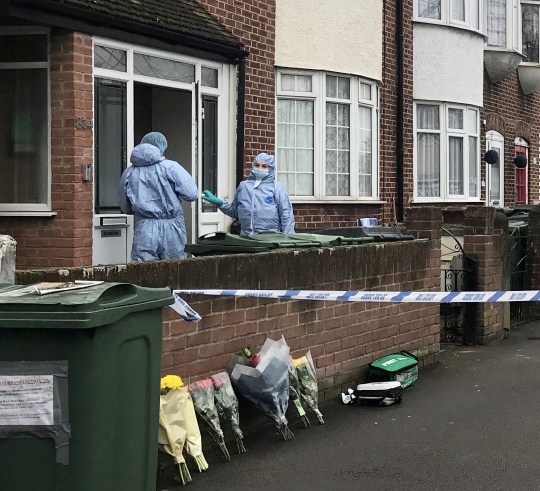 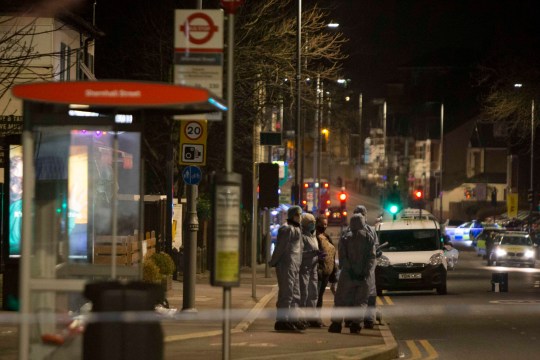 Some surrounding roads were closed as forensics officers searched for evidence (Picture: LNP)

A family friend told the Evening Standard: ‘He was killed over a jacket, how stupid is that?

‘He sold designer jackets and this guy came to steal them and the victim fought back. It was targeted – the guy knew jackets were there because the business is run from the house.’

Another onlooker told the newspaper ‘there were two of them’ who ‘came to steal jackets’ and Mr Chaudhry ‘was trying to stop them getting away’.

Friends and neighbours stopped by to lay flowers for the student outside his home.

One 19-year-old woman said: ‘He was very bubbly, very kind-hearted and a big family man. He cared a lot about his family. He had a great aura about him.’

Another woman, also 19, said: ‘He was lovely, funny, caring, and good at everything. He had a great personality. He was studying law at university in his first year.’

His sister Afia paid tribute to him on social media saying he died in his mother’s arms.

She wrote: ‘Yesterday my beautiful baby brother left this world the same way he came in, cradled in my mother’s arms.

‘He died defending his family. His eyes were bright, his face showed no pain, he was at peace. To God we belong & to Him we return. You’re home now baby, I’ll see you soon.’ 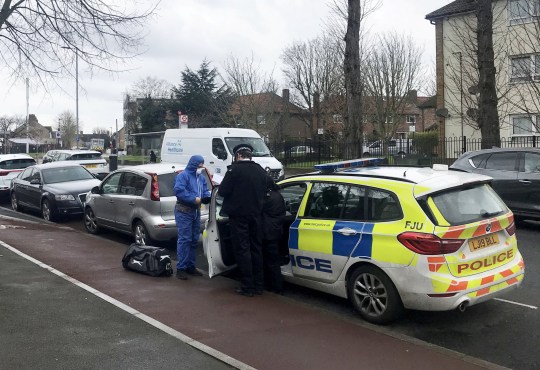 Police at the scene in Walthamstow (Picture: SWNS)

A police spokesperson said the teenage victim’s next of kin are being supported by specialist officers.

They added: ‘A crime scene remains in place and enquiries are ongoing. At this early stage, there have been no arrests.’

Brad Pitt, Angelina Jolie’s Ups and Downs Through the Years

Three Ways the Pandemic Has Made the World Better