LAW chiefs are set to hunt the troll who exposed the identity of a murder trials supergrass — amid fears the witness’s life could be in danger.

The Crown Office will launch a probe into who leaked the secret snitch’s full name online, with information about the cases in which he gave evidence.

Jordan Owens was convicted of murdering Jamie Lee, 23, at a playpark in Castlemilk, Glasgow, in July 2017.Credit: Not known, clear with picture desk 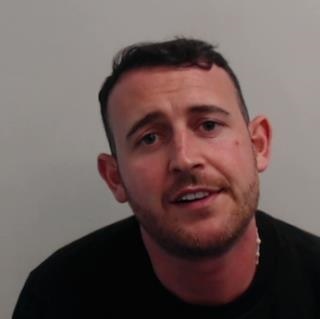 It’s claimed only select people could have known the details.

He’s now helping dismantle the most sophisticated crime group in Scots history and should have been protected by lifelong anonymity.

He was also granted immunity from prosecution in return for his testimonies.

A source said: “This guy was being paid by police while also working for a worldwide criminal gang — he’s going to be looking over his shoulder for life.

“His name appearing online is a hellish breach to add to the protection issues surrounding him.

“Supergrasses only give evidence because they are given cast-iron guarantees they won’t be identified, but now his name is out there.”

The Crown Office confirmed they are examining the possible contempt of court offences — which can be punished with a jail term — after they were highlighted by The Scottish Sun.

The gangster, from Glasgow — who has links to Colombian drug cartels and the Mafia — played a key role in the bloody plot that ended with a gunman pumping eight bullets into the Dutch crime writer in December 2016.

The High Court in Glasgow heard that Hughes’ downfall was triggered by confessing his part in the savage execution to a fellow gang member who turned supergrass.

The same witness had told another court in the same building a week earlier that Owens had confessed to shooting Jamie Lee, 23, at a playpark in Castlemilk, Glasgow, in July 2017.

The brute was later convicted of murder and jailed for 23 years.

In evidence, the informant said he received between £2,100 and £2,400 a month in cash from the worldwide crime group — but also revealed he got £9,520 as a paid informant for police.

He claimed he had been to Spain, Mexico and Colombia and was involved in supplying the group with “encrypted communications”.

And he told Owens’ defence QC Bri- an McConnachie police didn’t approve his activities but were “aware” of them.

The Crown Office said: “We take seriously any potential contraventions of the Contempt of Court Act 1981.

“If we become aware of postings that may give rise to a potential contempt, careful consideration is given to whether any further procedure is required.”