THE first supermoon of 2021 has lit up the skies tonight – and photographers from across the world have captured stunning images of it.

This evening’s moon appears bigger and brighter than usual as it is closer to earth. 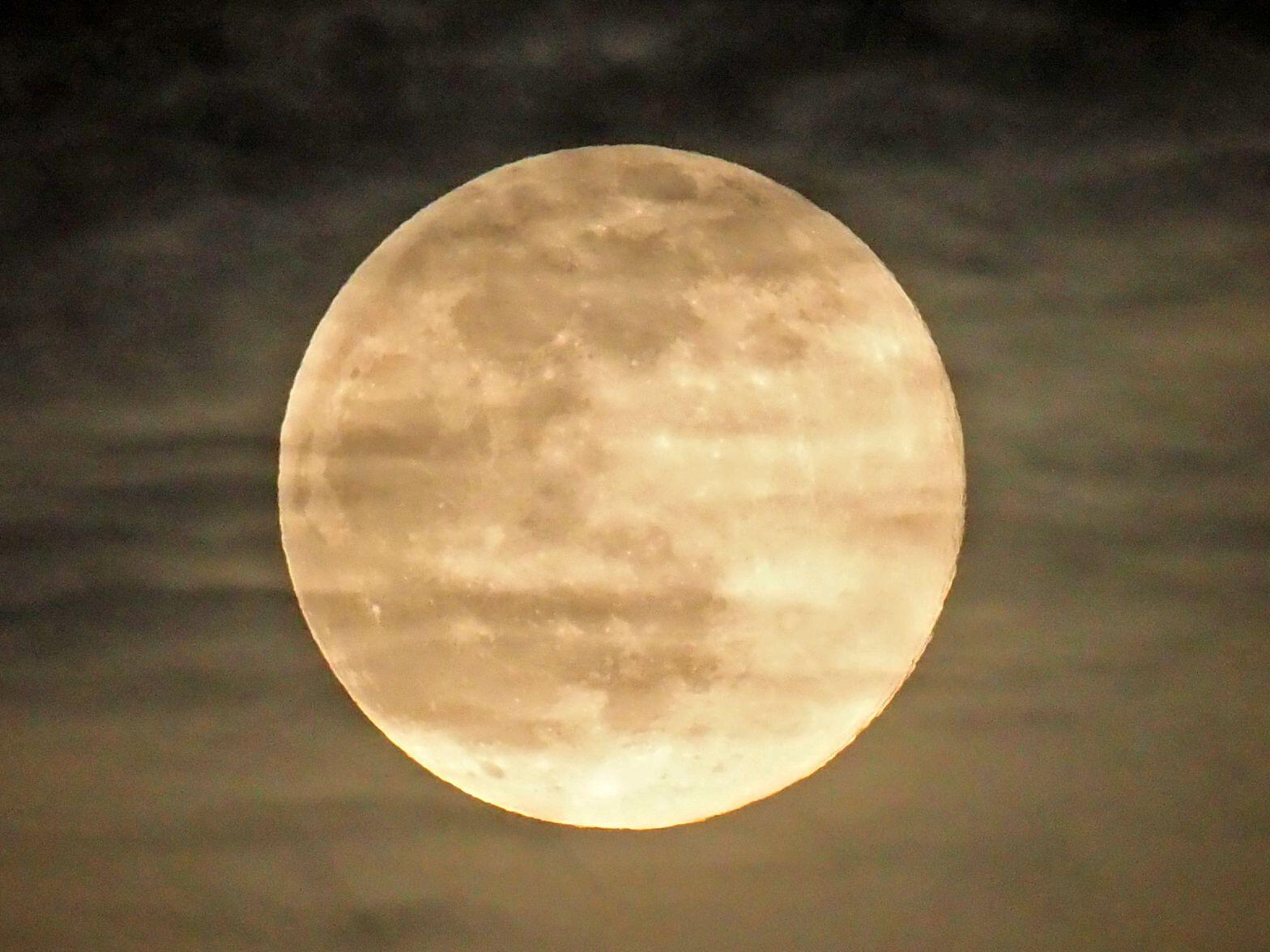 A stunning supermoon – the first of 2021 – has been photographed across the world, including in Gravesend, KentCredit: Alamy 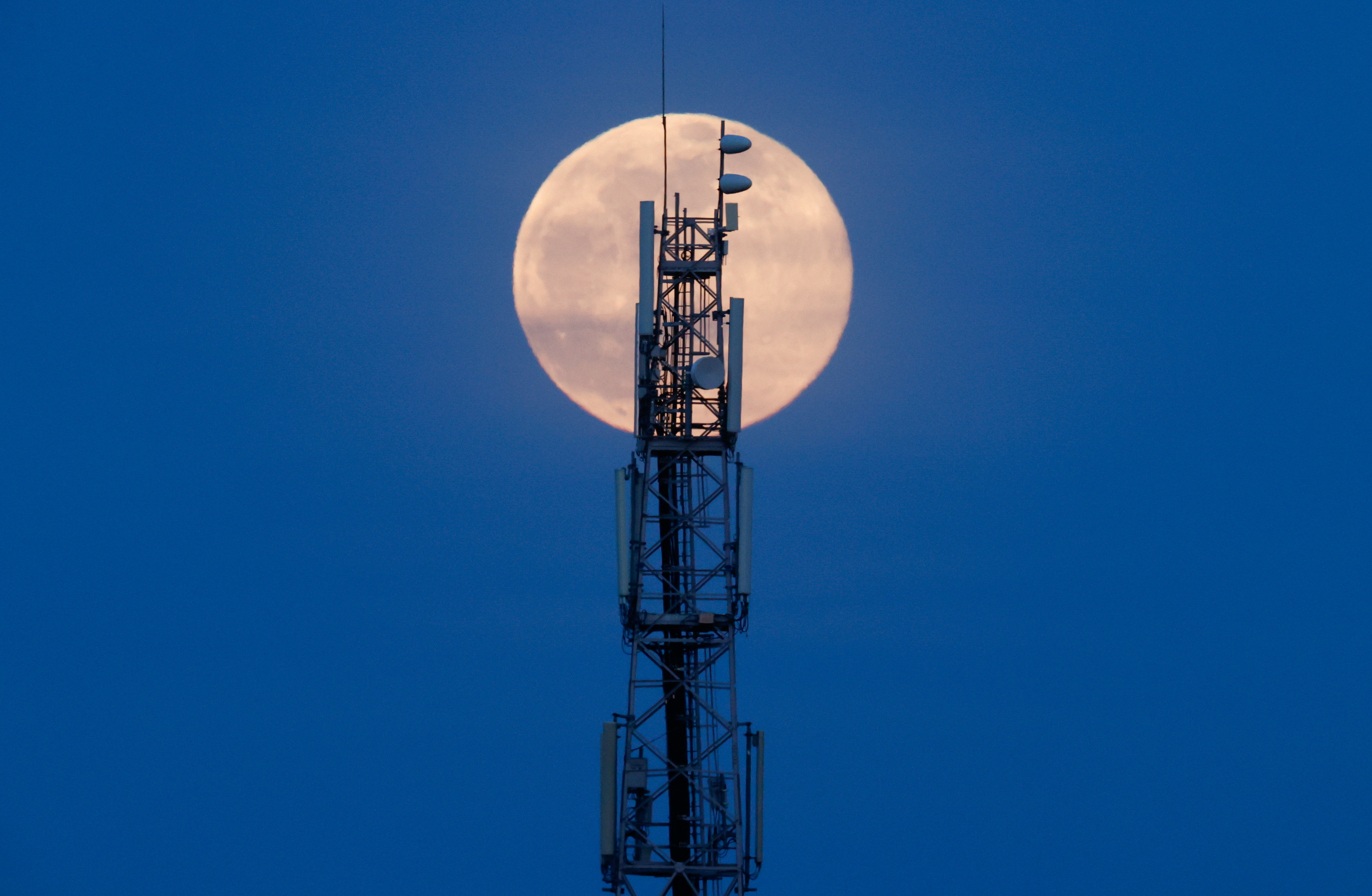 Snappers in Paris raced to capture images of the moonriseCredit: Reuters

Known as the Worm Moon, the third full moon of the year is dubbed ‘the true sign of spring’.

That’s because earth worms emerge in the soil around this time of year.

The spectacle is also known as the Sugar Moon, the Sap Moon and the Crow Moon. 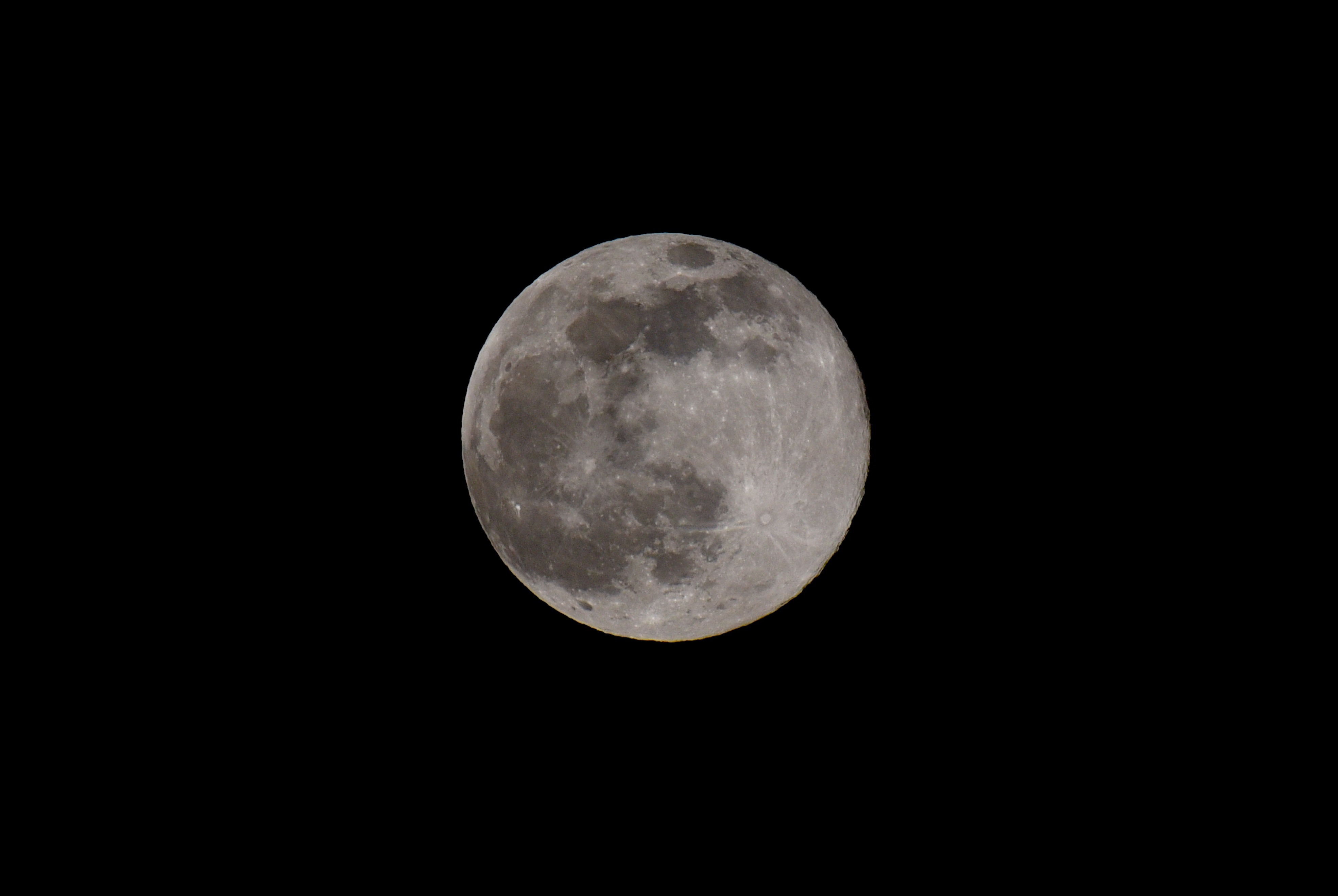 The moon – pictured from Kent – is known as the ‘true sign of spring’Credit: Rex 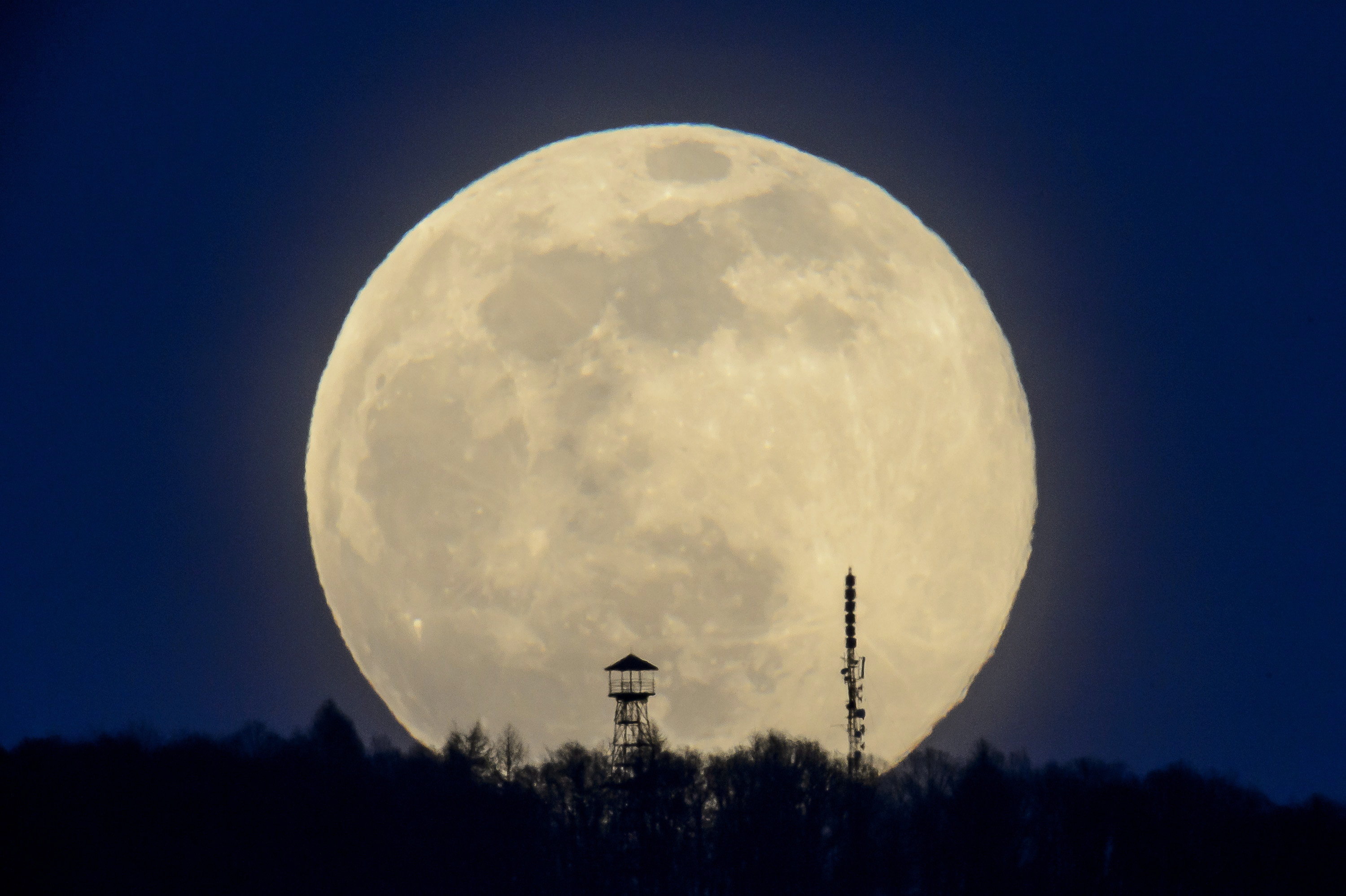 The spectacle, pictured from Karancskeszi, Hungary, is known as the Worm MoonCredit: EPA 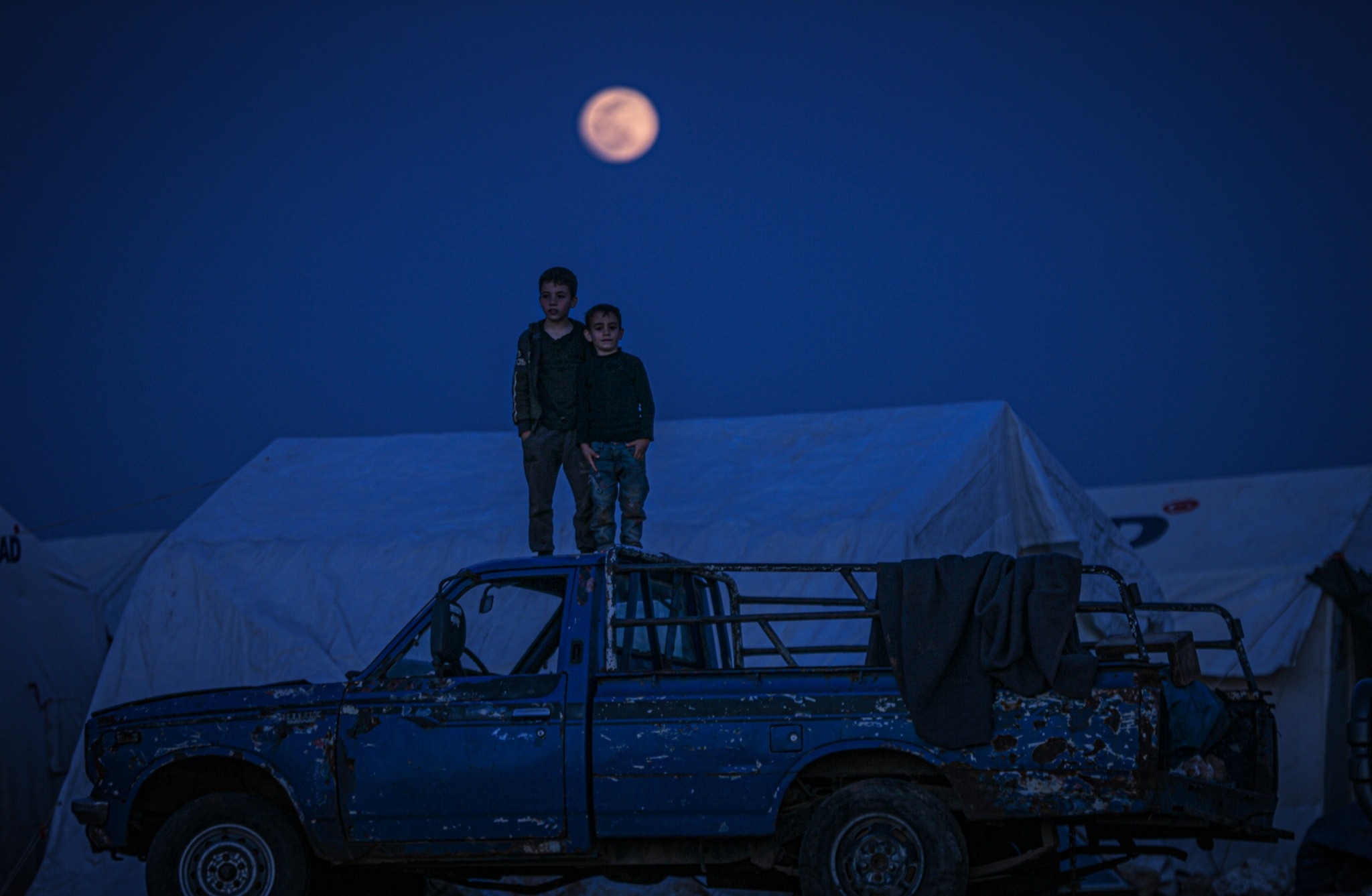 Children in Syria climbed onto a pick-up truck to see the skiesCredit: Getty

The clocks went forward by an hour today.

But if you’re heading out with a camera, be warned – it’s already reached the point at which it will look the biggest.

That happened just before 8pm due to a phenomenon known as a ‘moon illusion’, which means it appears bigger when it’s closer to the horizon. 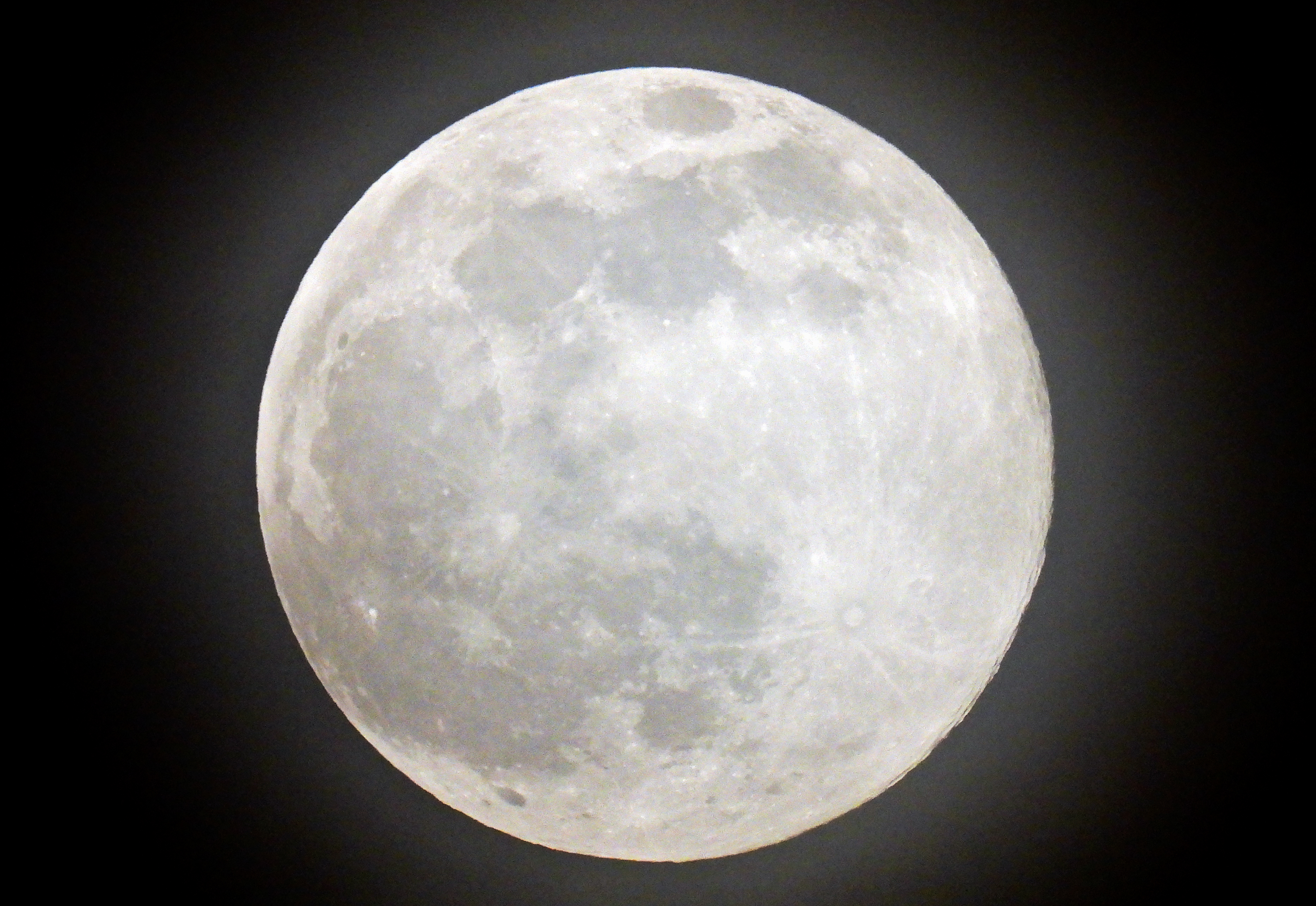 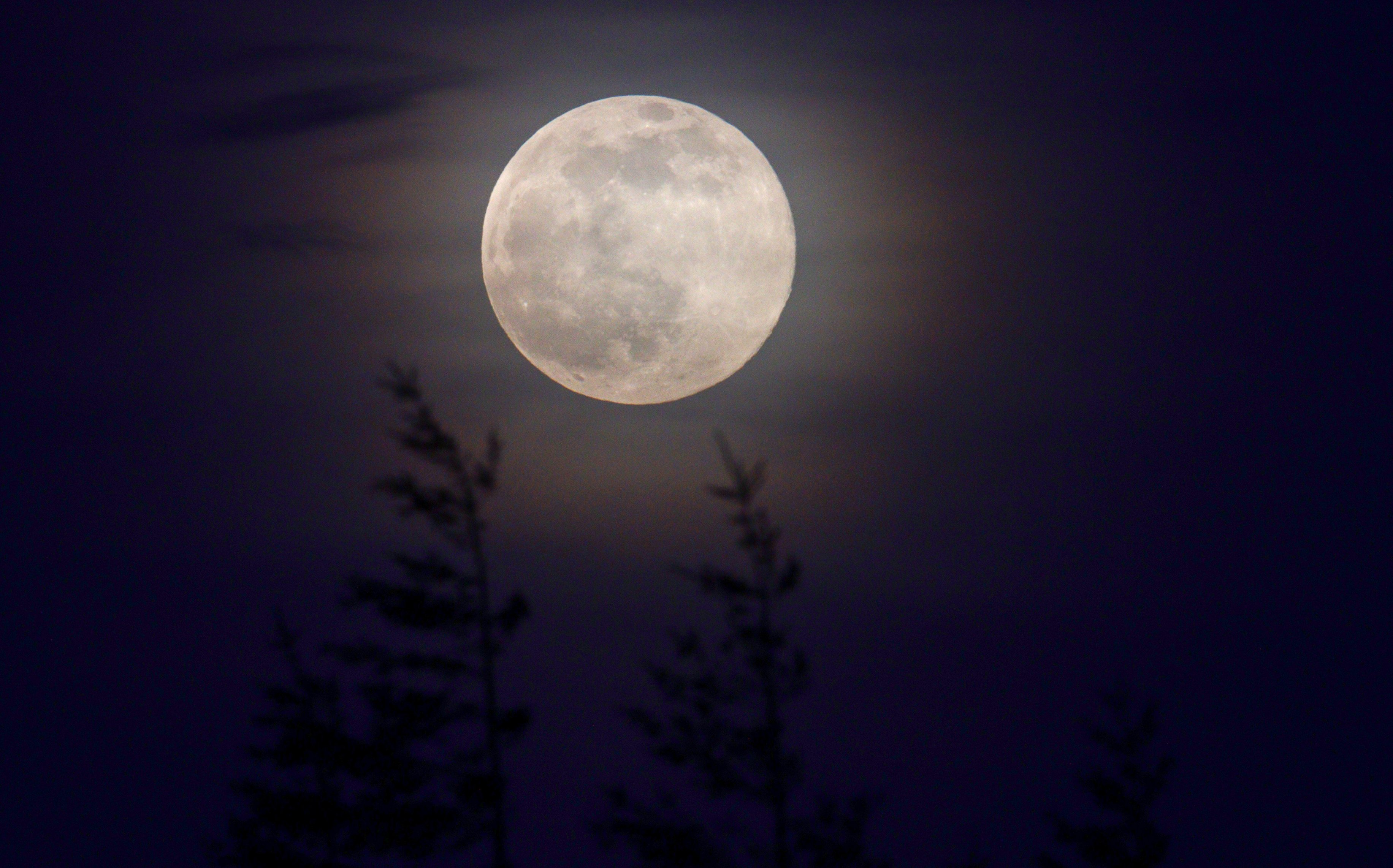 It lit up skies over the New Forest in HampshireCredit: Alamy 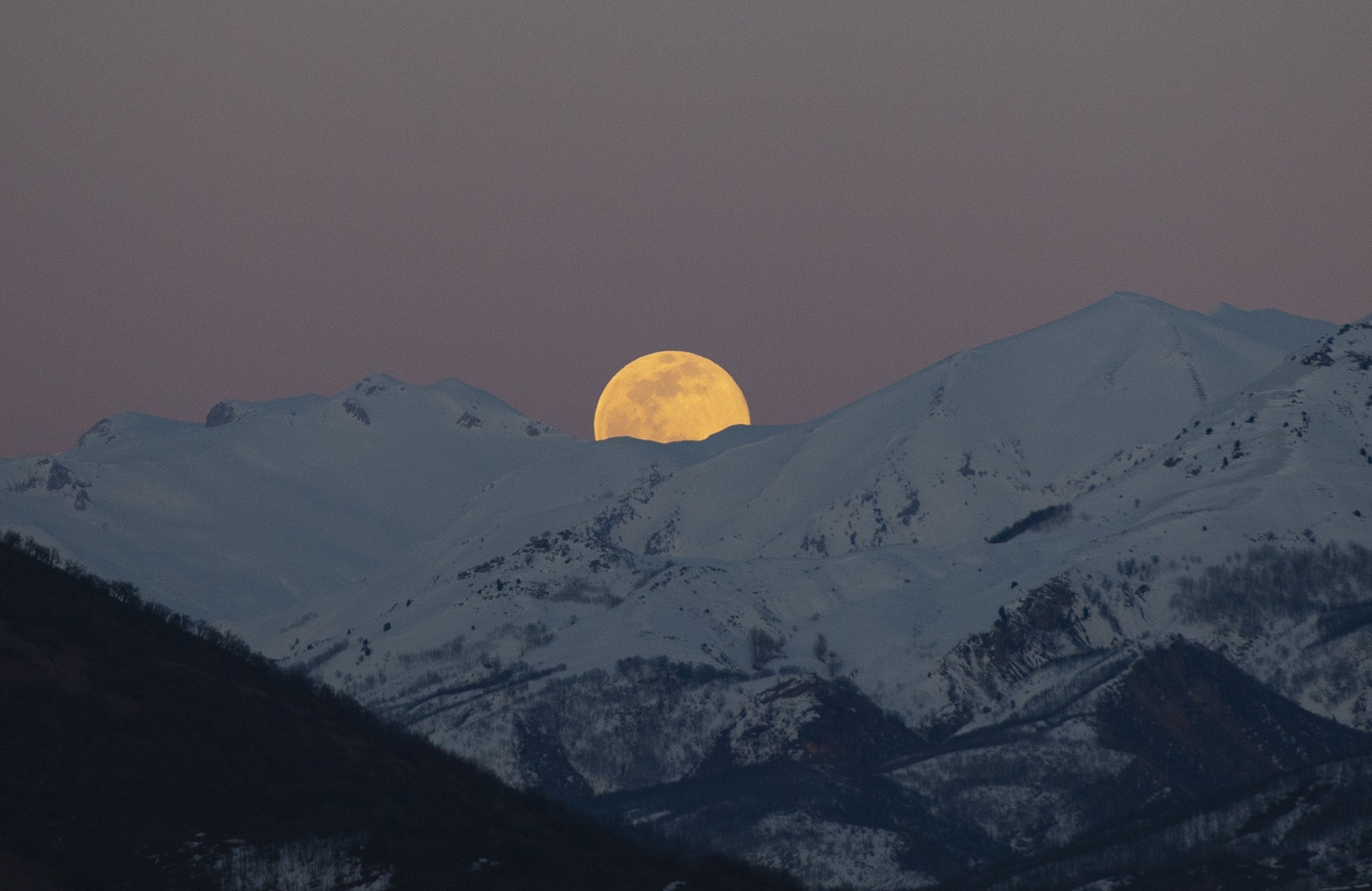 As the night arrived in Tunceli, Turkey, a golden moon rose over the snowy mountaintopsCredit: Getty 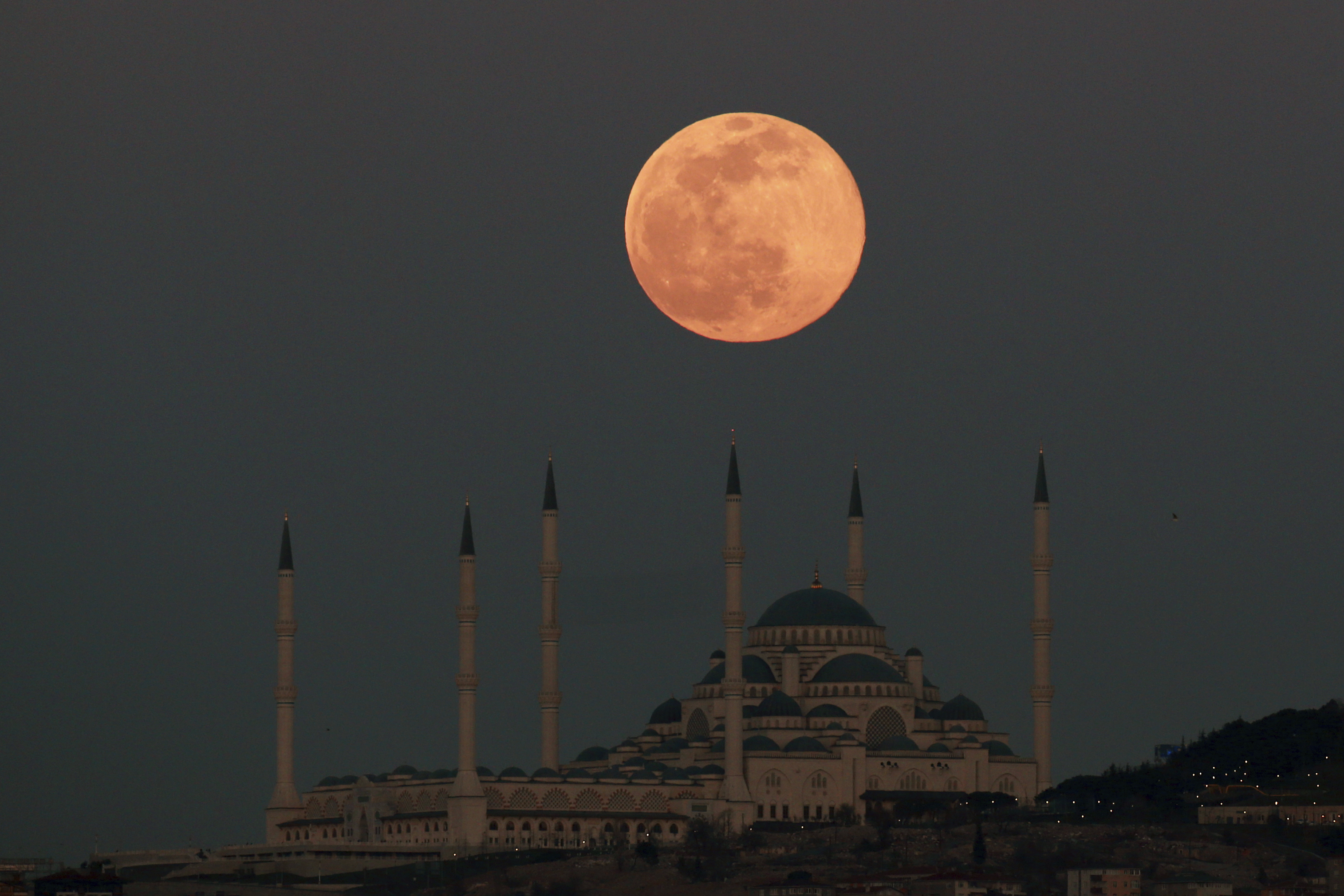 And while the moon looked beautiful over clear Istanbul, the weather hasn’t been quite so kind today in the UKCredit: AP

And many of us will struggle to see it clearly, as the Met Office says tonight will be largely cloudy and breezy across the UK.

Experts at NASA say: “According to the Farmer’s Almanac, the native tribes of what is now the northern and eastern US named this the Worm Moon after the earthworm casts that appear as the ground thaws.

“The more northern tribes knew this as the Crow Moon, when the cawing of crows signalled the end of winter.

The most interesting moon phases – and when to see them

A blue moon refers to the occasion when a full moon appears for the second time in the same month. This is very rare.

The harvest moon appears around the time of the autumnal equinox when farmers tend to do their main crop harvesting.

A supermoon appears when it is at its closest point to Earth, and therefore is at its brightest.

A blood moon occurs during a total lunar eclipse.

Each month of the year has its own special full moon phenomenon.

“Other northern names are the Crust Moon, because the snow cover becomes crusted from thawing by day and freezing at night, or the Sap Moon, as this is the time for tapping maple trees.

“Europeans called this the Lenten Moon.”

The moon doesn’t produce any visible light of its own – so when we can see it, it’s thanks to light from other objects, like the sun, hitting it first.

Of these, photographers will want to be out for April 27 and May 26, when the moon will appear much bigger than usual.

And if you’ve missed tonight’s because of poor visibility, don’t worry.

To the naked eye, the moon will appear full for another two to three nights. 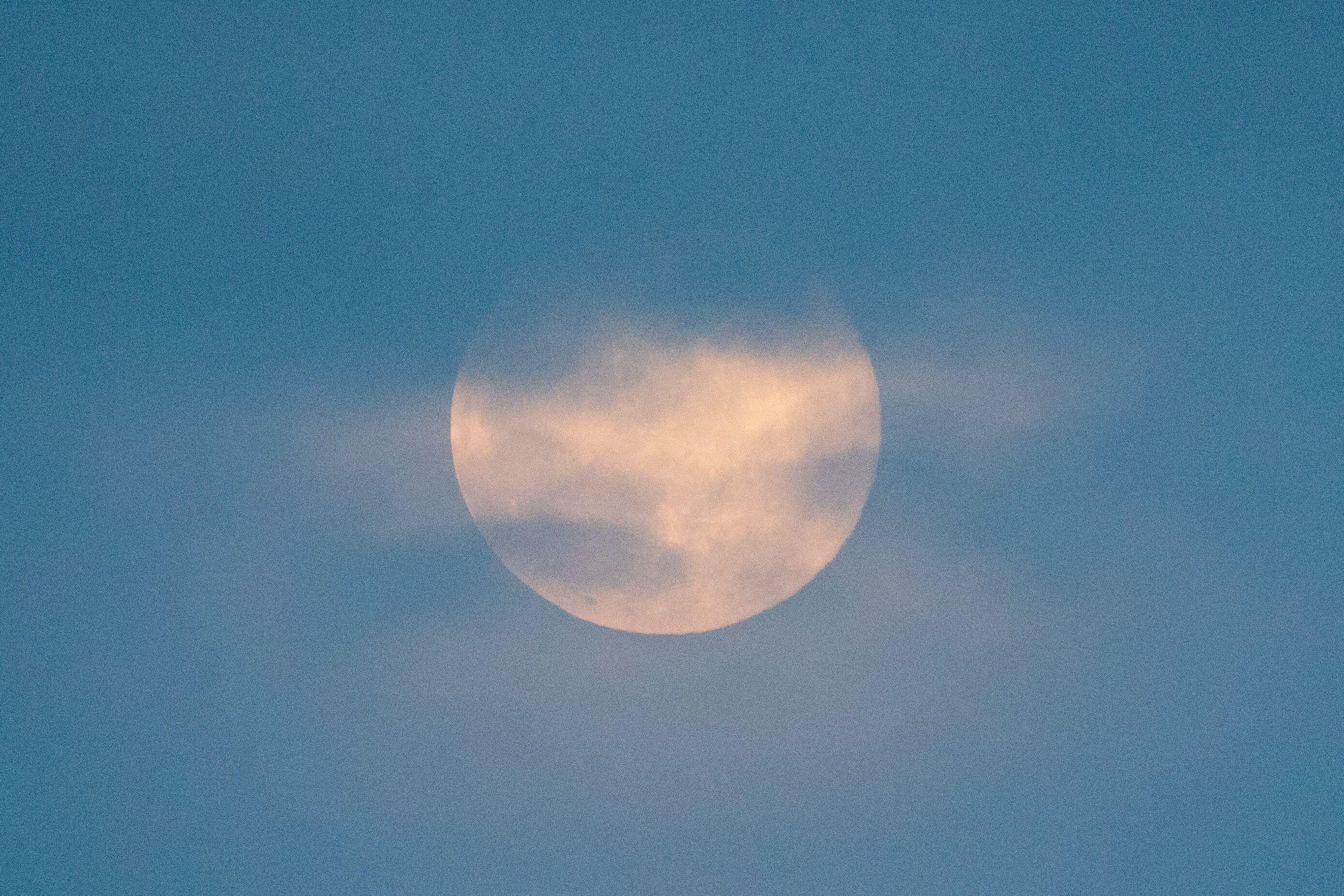 For many – including those in Weymouth, Dorset – the view may have been obscured by cloudsCredit: Alamy 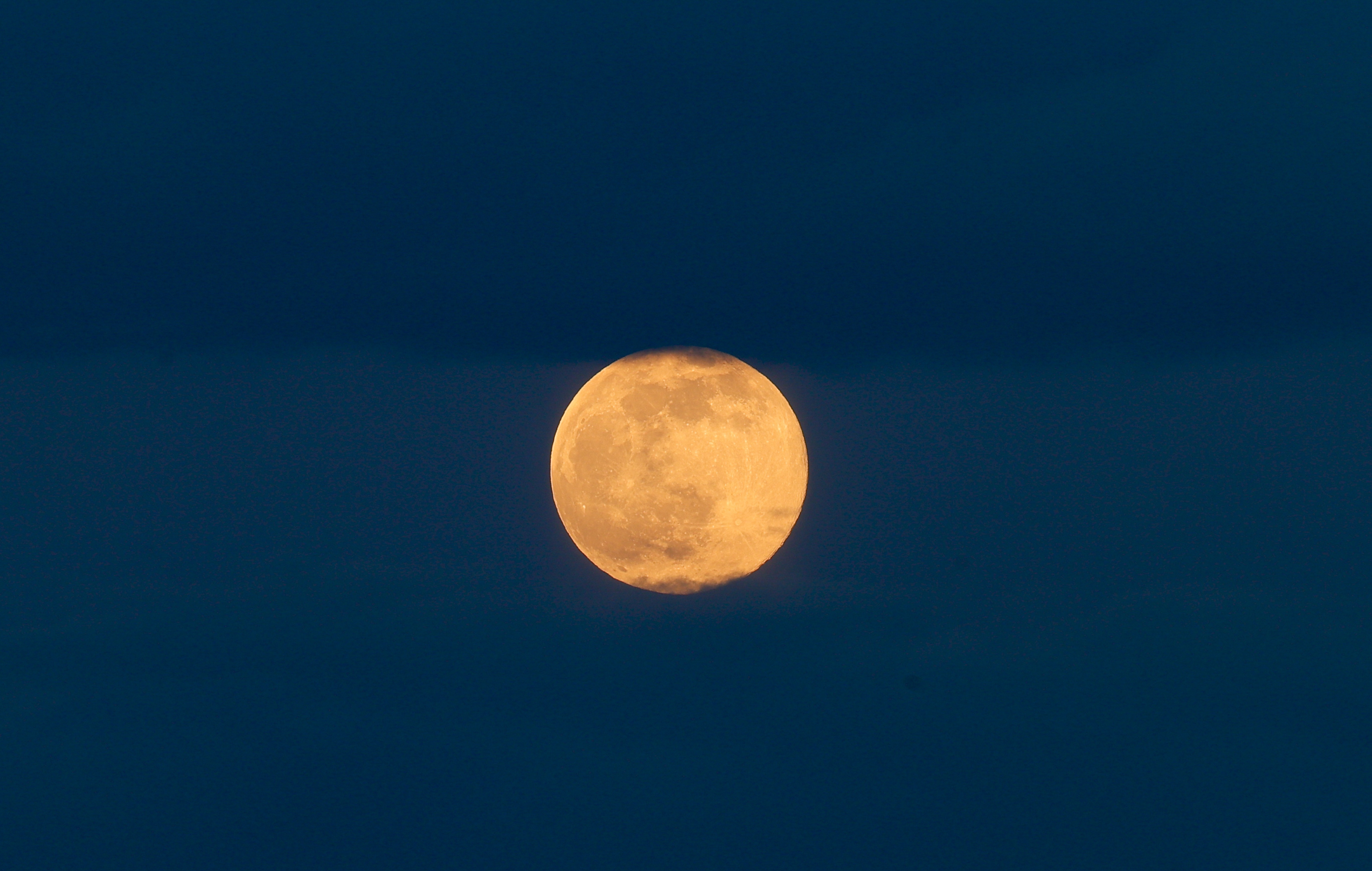 The moon appeared much more clearly in Moscow, RussiaCredit: Getty 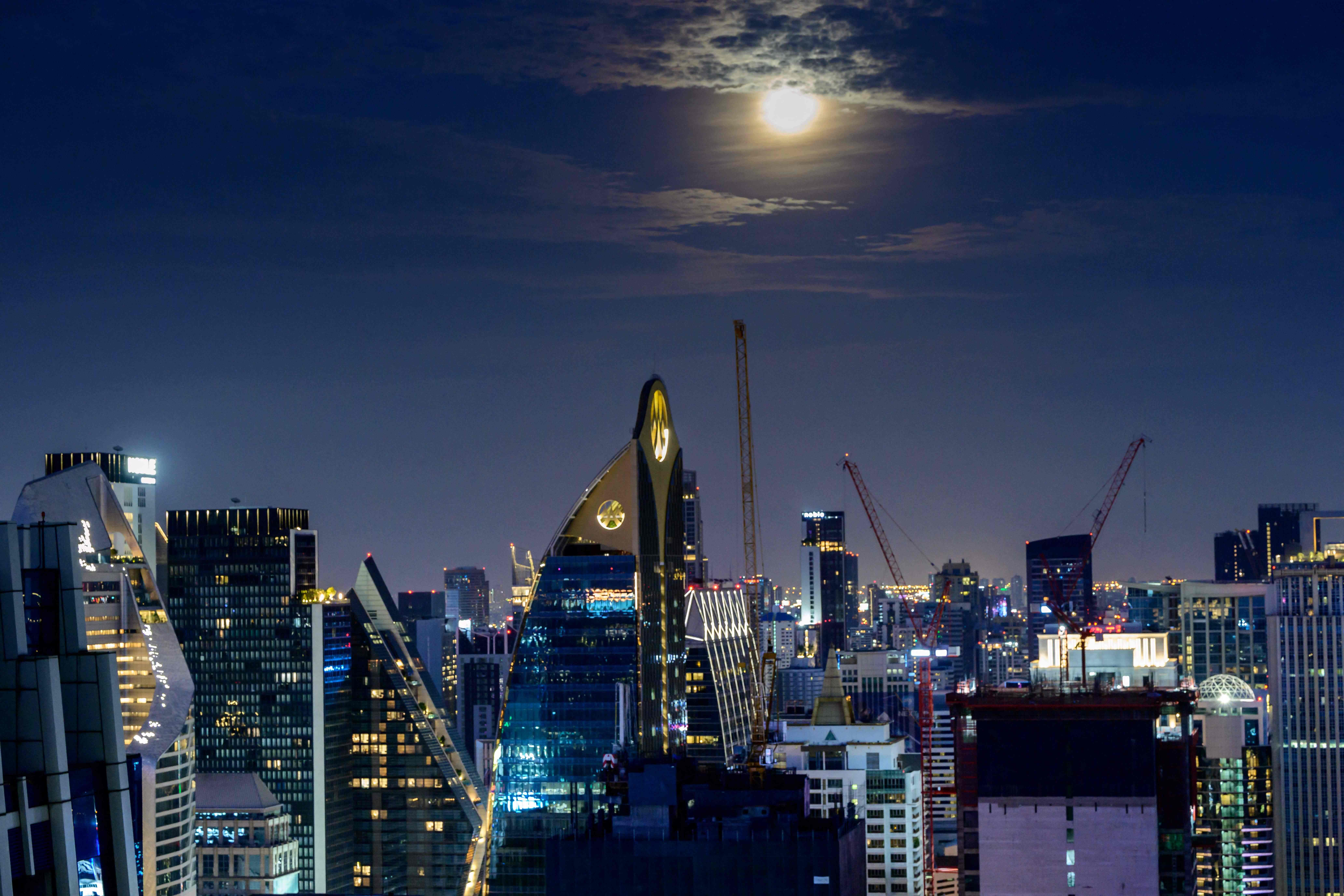 But if weather spoiled your view in the UK – unlike for those living in Bangkok, Thailand – there’s still time, as the moon will look full to the naked eye tomorrowCredit: AFP