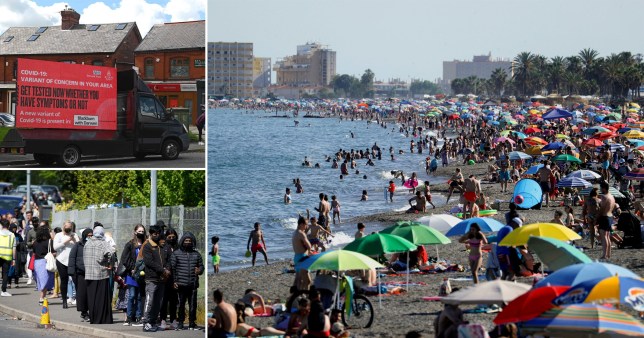 The Indian variant could scupper hopes of soaking up the sun on the Continent (Picture: Reuters/Getty)

British holidays in Europe are in jeopardy as the spread of the Indian coronavirus variant prompts Brussels leaders to delay a decision on reopening their borders.

The UK was expected to go on the EU’s ‘white list’ of countries allowed to visit following its hugely successful vaccine rollout.

But the double-mutant strain which originated in India could scupper hopes of soaking up the sun on the Continent this summer.

The variant has now travelled to at least 40% of areas in England, claiming the lives of four Brits.

It has reached 127 areas in the weeks leading up to May 8, according to data, and now makes up 81.4% of cases in Bolton, as well as being the dominant strain in 22 other local authorities.

One EU diplomat told how the decision on reopening to Brits is now ‘in doubt’, according to The Sun.

‘Now we see the Indian variant spreading and we hear the warning messages from Downing St,’ they said.

‘That has given Member States pause for thought over whether now is the right time to lift the ban.’ 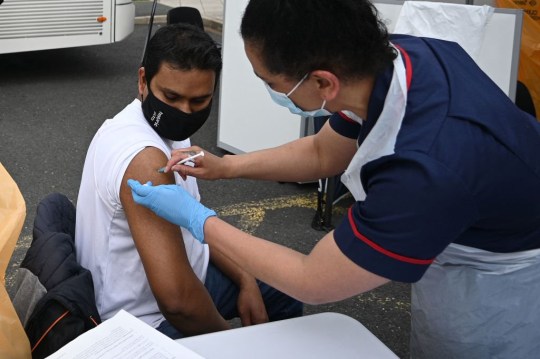 A man receives a Covid-19 vaccine in Bolton – where the Indian coronavirus variant makes up 81.4% of cases (Picture: Oli Scarff / AFP) 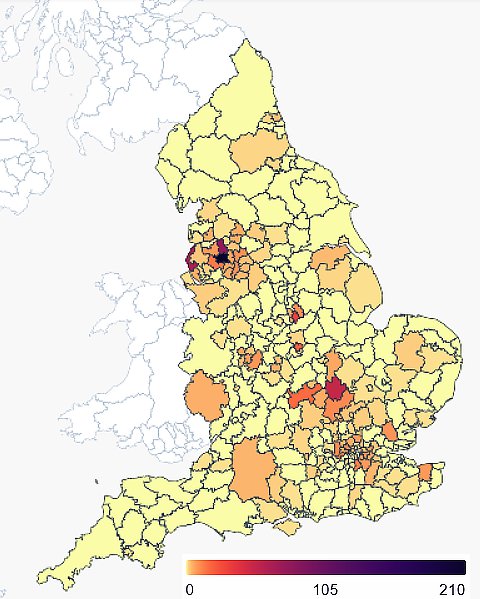 The mutated virus has spread to 127 areas in the weeks leading up to May 8 (Picture: Sanger Institute)

‘It makes sense to kick the can down the road, to see the latest numbers and data to assess whether the surge has levelled off,’ the diplomat added.

International travel officially opened on Monday under a traffic light system which has led widespread confusion over the guidelines.

The government has warned people against flying to amber list destinations – including France, Spain and Italy – urging them only to travel in ‘extreme circumstances’.

However it is legal to do so, as long as passengers quarantine when they return, with almost 300,000 people planning to fly to ‘medium’ risk countries.

Home Secretary Priti Patel warned enforcement was being ramped up and travellers who visit amber destinations should expect a ‘knock at the door’. 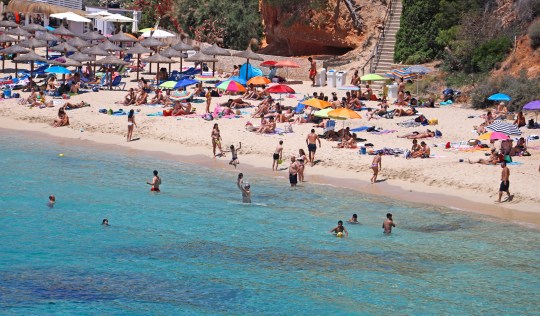 Holidays to European destinations including Mallorca, Spain could be put on hold if EU chiefs delay a decision over reopening borders (Picture: Clara Margais/Getty Images) 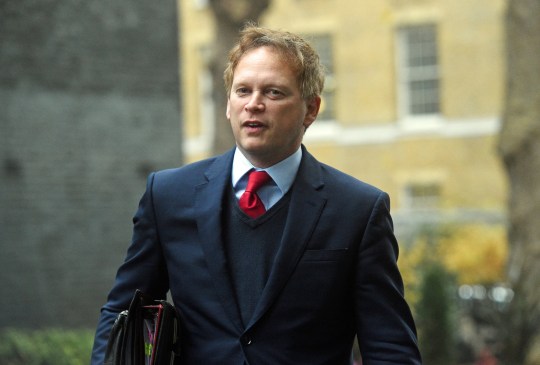 This morning, Transport Secretary Grant Shapps urged UK residents to ‘apply common sense’ over their travel plans, saying the decision was down to personal responsibility.

It comes as England’s chief deputy medical officer, Jonathan Van-Tam, warned how Britain is in a ‘straight race’ to vaccinate the population in a bid to out-run the Indian strain.

More than 1million people aged 34 and 35 will receive a text message asking them to book a jab as part of efforts to ‘turbo-boost’ the vaccine programme.

Mr Van-Tam told a Downing Street press conference on Wednesday: ‘I pitch this personally as a straight race between the transmissibility of this new variant…and vaccine delivery.

‘The NHS is doing everything it can to turbo-boost that, and that is the challenge ahead of us in the next two to three to four weeks, to make sure that we outrun the virus through really vigorous pull-through on vaccine delivery. 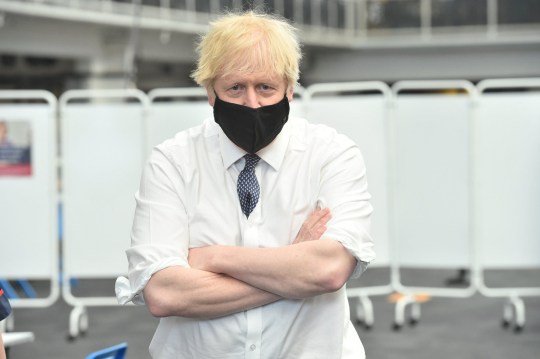 Boris Johnson said the government has ‘increasing confidence’ vaccines are effective against all coronavirus variants at Prime Minister Questions yesterday.

The Indian strain could force Johnson to delay plans to lift all Covid restrictions on June 21 as set out in his roadmap out of lockdown.

But he is said to have told backbench MPs how he was ‘even more cautiously optimistic’ than last week about being able to scrap the measures.

A final decision will be taken one June 14, Health Secretary Matt Hancock said, adding: ‘Until then, it is just too early to say’.