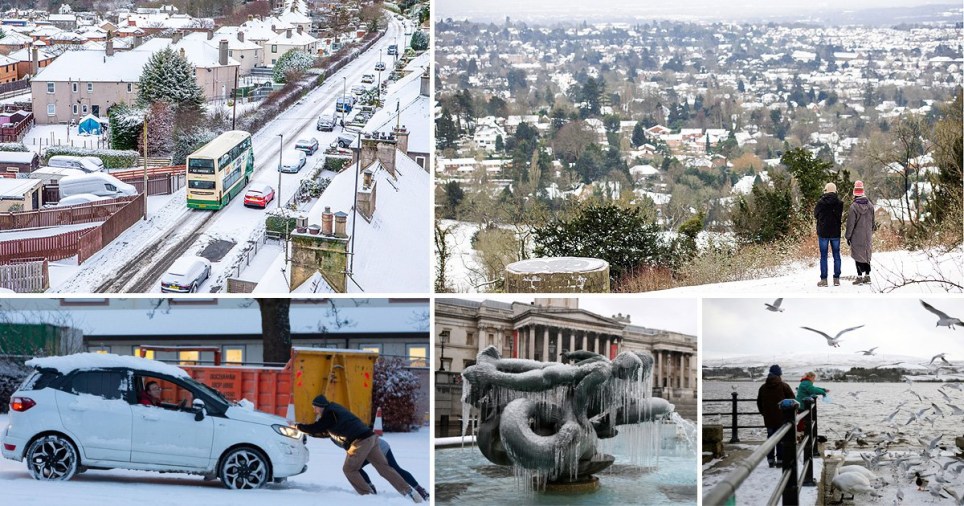 More snow is set to fall overnight as Storm Darcy continues to cause disruption (Picture: Rex/EPA/SWNS)

Temperatures could drop to as low as -18C tonight as Storm Darcy continues to batter the UK.

The mercury dipped to a bitter -16.7C in the Scottish Highlands on Monday, making it the coldest night in 10 years.

Meanwhile, London’s Trafalgar Square turned into ice as the fountains froze over for the first time in three years.

The Met Office has warned that Tuesday night could be even colder with six inches of snow expected to fall.

Yellow weather warnings for areas where snow and ice could cause travel disruption and cut off communities cover most of England, Scotland and Northern Ireland on Wednesday.

Met Office meteorologist Clare Nasir said ‘temperatures will plummet wherever you are’ as a ‘rash of snow showers’ sweeps the UK. 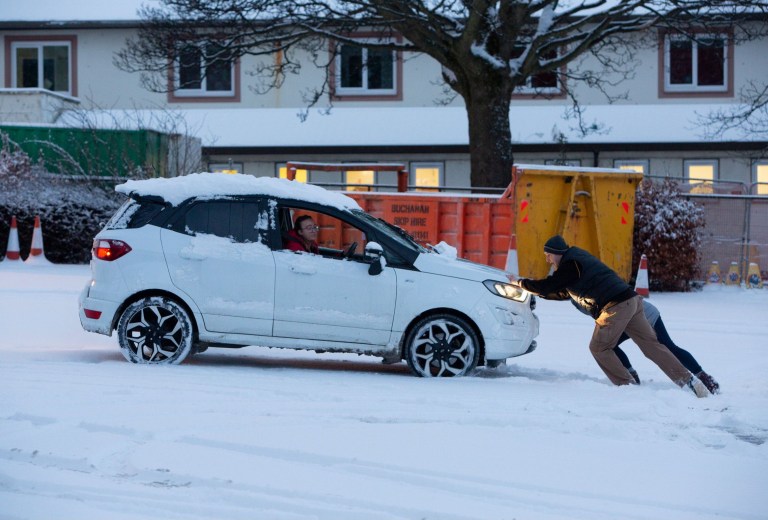 Storm Darcy is continuing to wreck havoc on the UK (Picture: Rex) 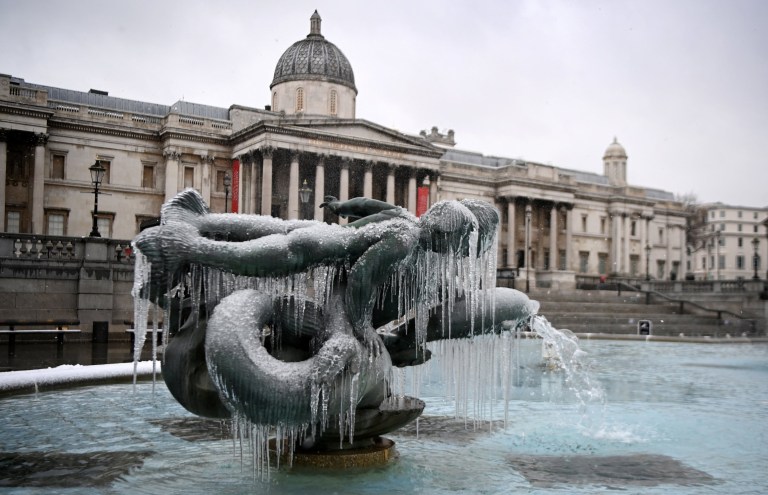 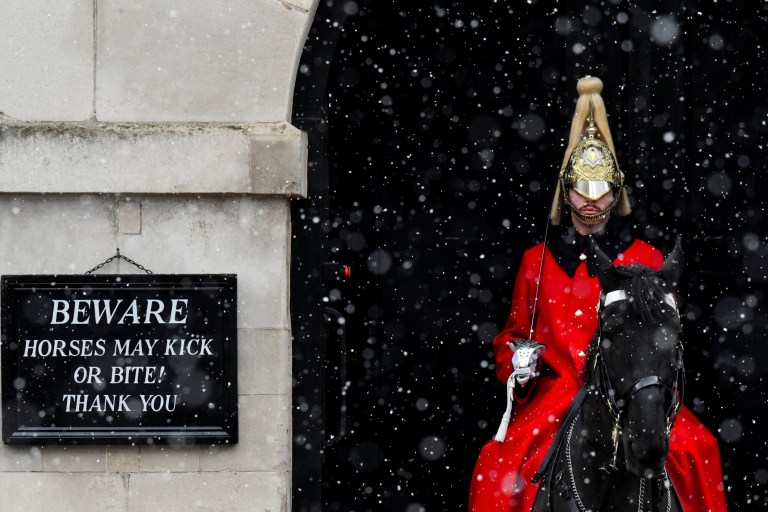 Temperatures could be as low as -18C tonight (Picture: Reuters)

She said strong winds and snow will be ‘disruptive across many areas’ with the east of England expected to see the worst of the bad weather.

She added: ‘Further west, we’ll see some brighter skies and sunshine through the day but we will see more showers come in through the far north-east of Scotland on Thursday after another severe frost and bitter start to the day.’

Wednesday’s daytime temperatures are forecast to range from -1C to 2C in London and Cardiff, and for Edinburgh from -5C to 0C.

Weather warnings remain in place throughout Thursday and Friday for the north-eastern edges of England and Scotland.

Last night was the #coldest since 2010, and tonight could be even colder ð in some spots in the north â ï¸ 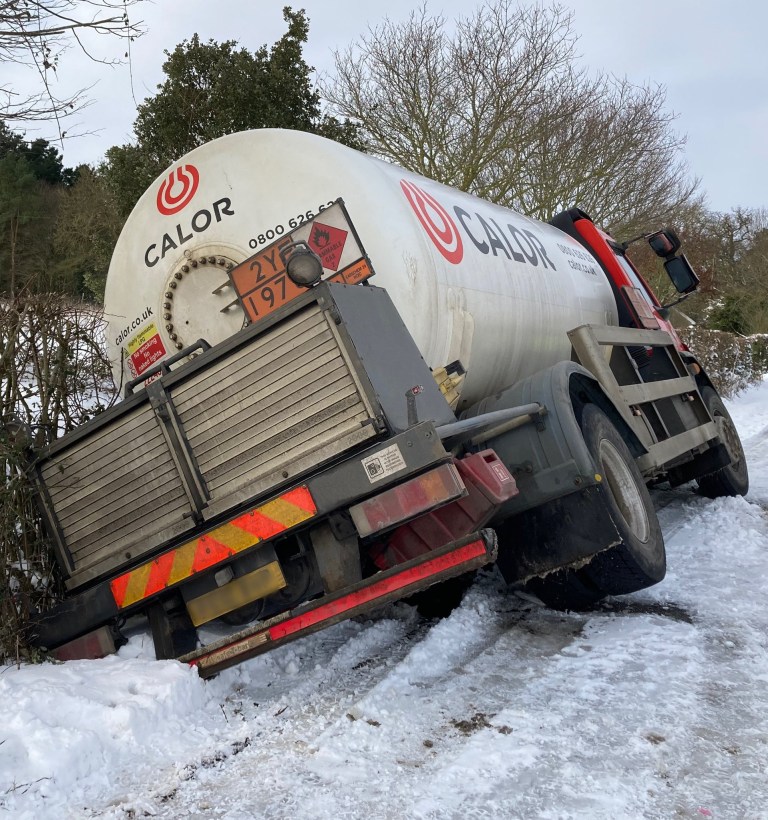 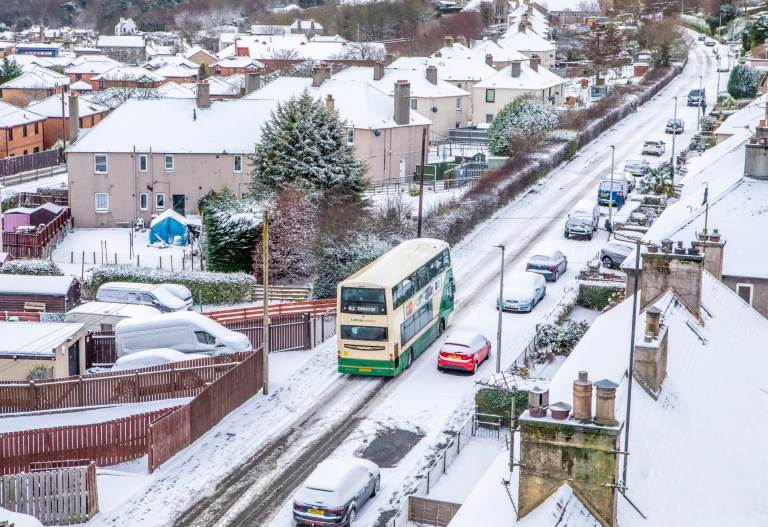 Drivers are being warned to stay off the roads amid treacherous conditions (Picture: Katielee Arrowsmith SWNS) 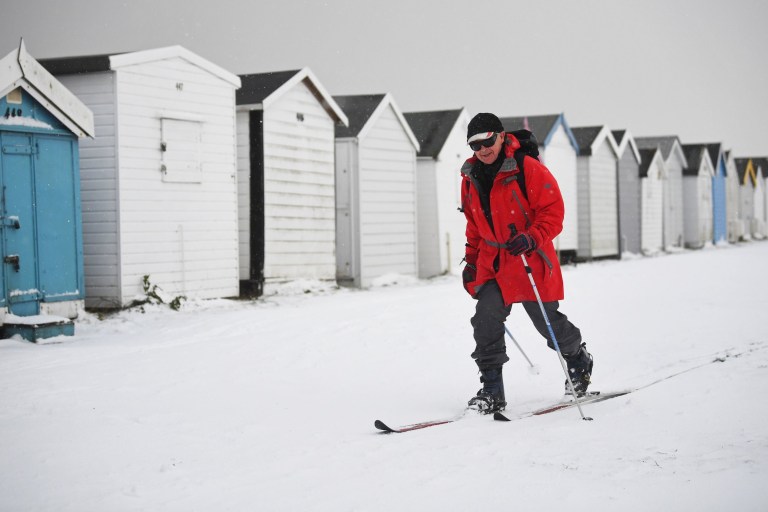 Another six inches of snow is expected to fall tonight (Picture: PA)

Norfolk Police has warned people not to travel in blizzard-like conditions, adding that many roads have fallen victim to snowdrift.

Officers attended a number of minor road traffic collisions on Monday, when Storm Darcy began wrecking havoc, and police in King’s Lynn said that a lorry got stuck in a snowdrift and had to be towed out by farmers.

The severe weather also forced 380 schools across the country to close to all children, including vulnerable youngsters and those of key workers, on Tuesday.

Storm Darcy – dubbed the ‘Beast from the East II’ – has brought blizzards from Russia to the UK. 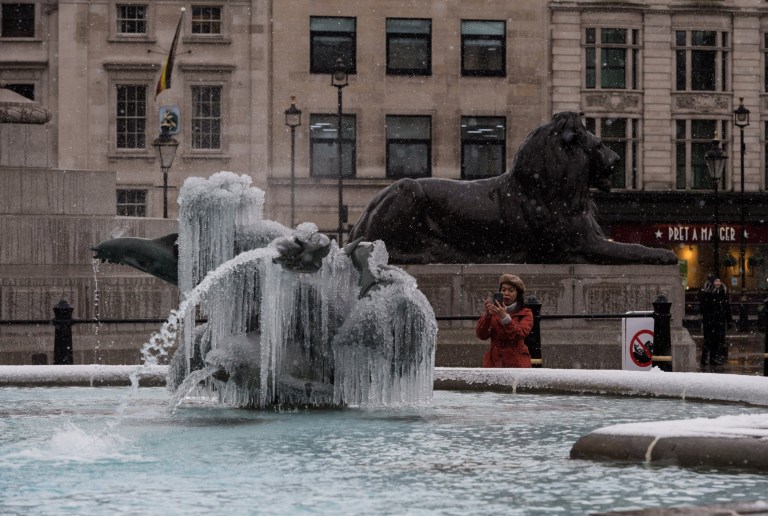 An ice-covered mermaid sculpture in Trafalgar Square after the coldest night in 10 years (Picture: REX) 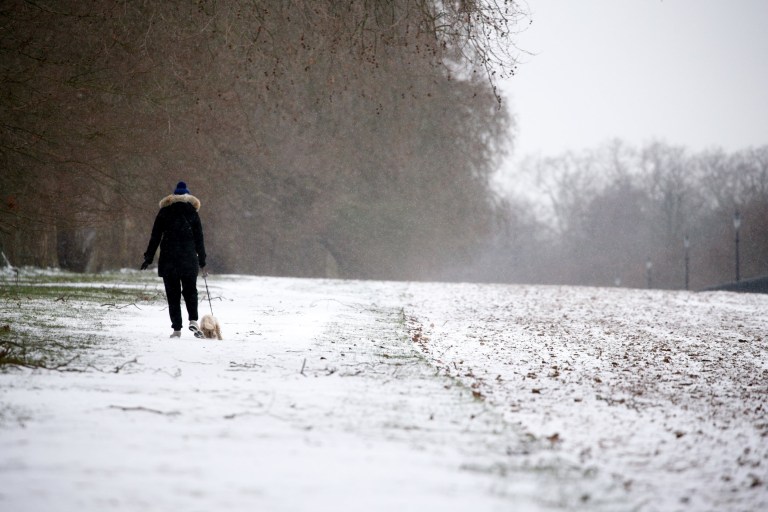 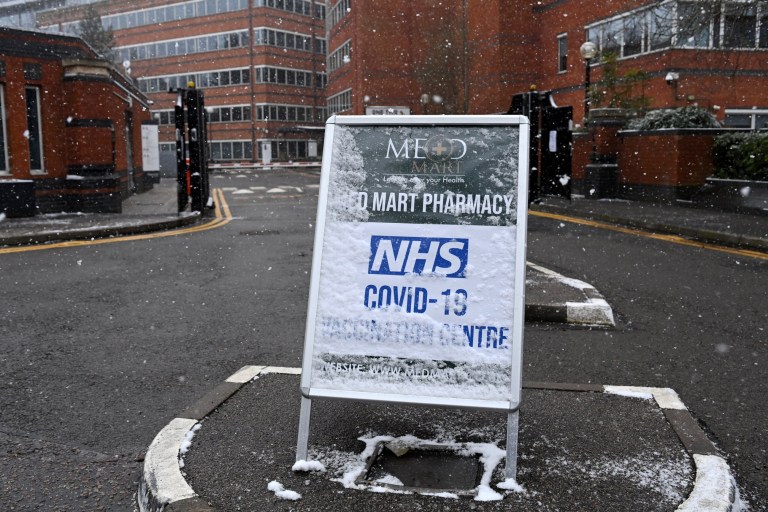 With conditions expected to worsen, Director of Age UK Caroline Abrahams has warned elderly people with vaccine appointments not to attempt travelling through treacherous conditions.

Vaccination centres shut in many areas on Tuesday, including in Ipswich, Bury St Edmunds, Clacton on Sea and Colchester in Essex.

Ms Abrahams said: ‘Rather than battling the elements and putting health at risk, it would be better to call your GP to see what the alternative vaccination arrangements are being made locally.

‘It’s important to remember that Covid-19 vaccination is not a one-off opportunity, if for any reason you can’t take the first appointment you’re offered there will be other opportunities later on, possibly in a range of nearby settings.’

Cold temperatures increase blood pressure, which can trigger heart attacks and strokes in elderly people, and breathing in chilly air can increase the impact of illnesses like flu and pneumonia.

The charity’s advice for those heading out on essential journeys includes planning ahead to avoid dangerous routes, wrapping up warm, and helping grandparents with shopping so they can stay indoors.