STORM Darcy is set to batter Britain with 30cm of snow this weekend with widespread travel chaos expected.

The Met Office has issued five days of severe weather warnings as the dangerous Beast from the East 2 threatens to cut off communities. 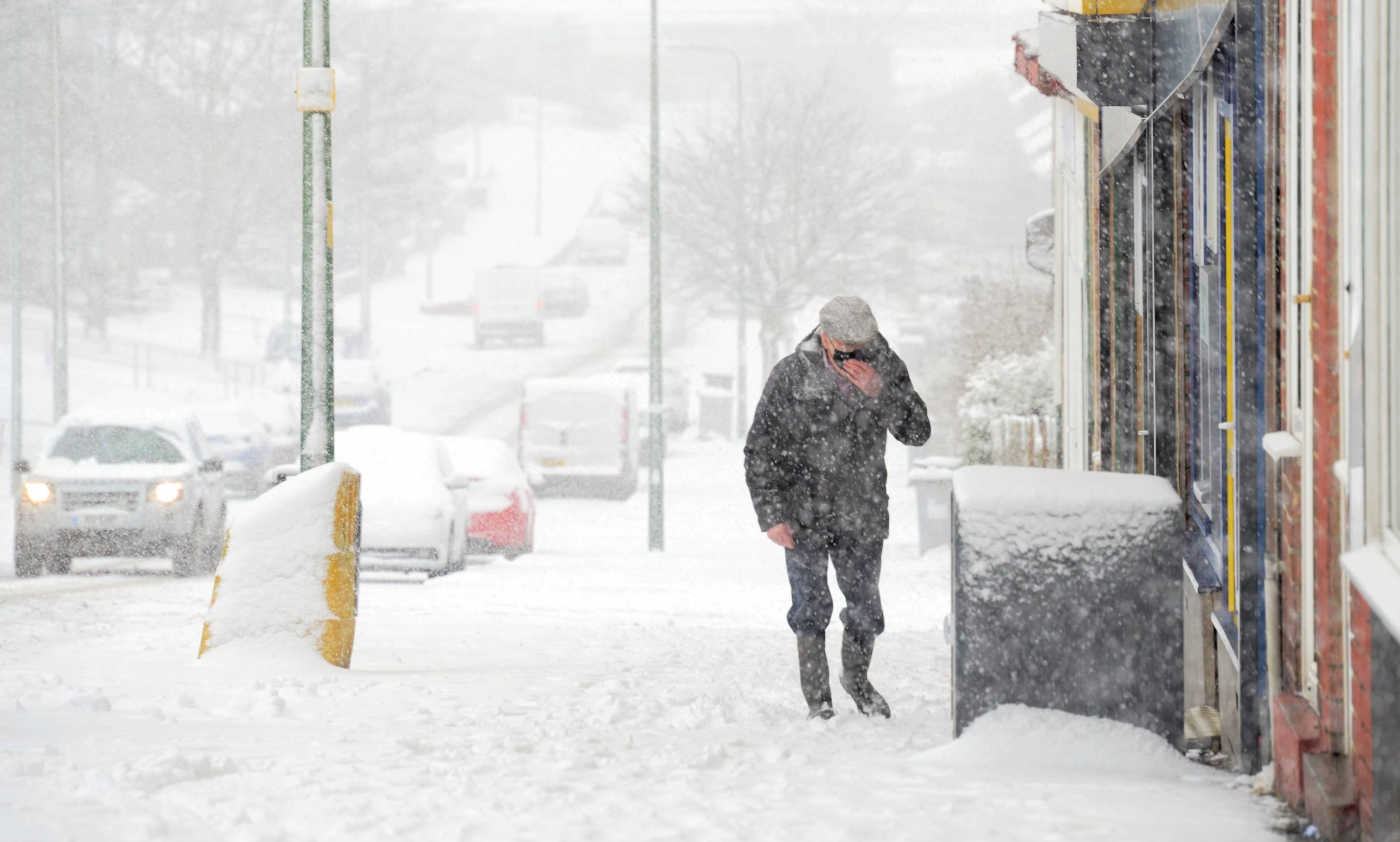 Storm Darcy is set to batter Britain with 30cm of snow 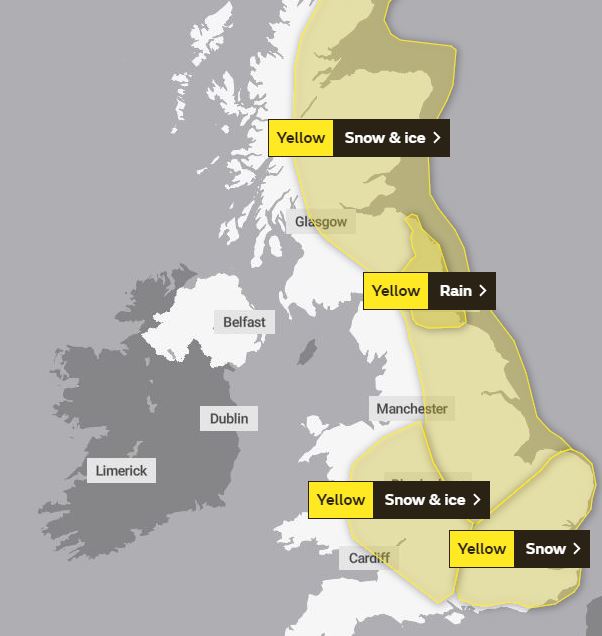 Snow, ice and rain weather warnings have been issued across the UK

Where is Storm Darcy now?

Storm Darcy has already covered parts of Scotland in a blanket of snow, as well as bringing strong icy winds and rain.

And the snowstorm arrived in the North East on Saturday morning as high winds saw temperatures plummet to below zero.

What is Storm Darcy?

The Met Office said the Dutch have named the low-pressure system that will bring strong winds and widespread snow to south-east England on Sunday as Storm Darcy.

The icy blast of Russian air is set to send the mercury plunging as low as -10C in parts of Northern Scotland as the country braces for a cold snap.

The Met Office’s chief meteorologist, Paul Gundersen, said: “The UK is in for a notably cold and snowy period over the next week, with very cold air in place over the whole of the UK by Sunday.

“Showers will see snow accumulating across eastern areas. Within the amber warning area, more widespread snow is expected and we could see 5-10cm of snow quite widely, with a chance that a few places could see 20cm or more.” 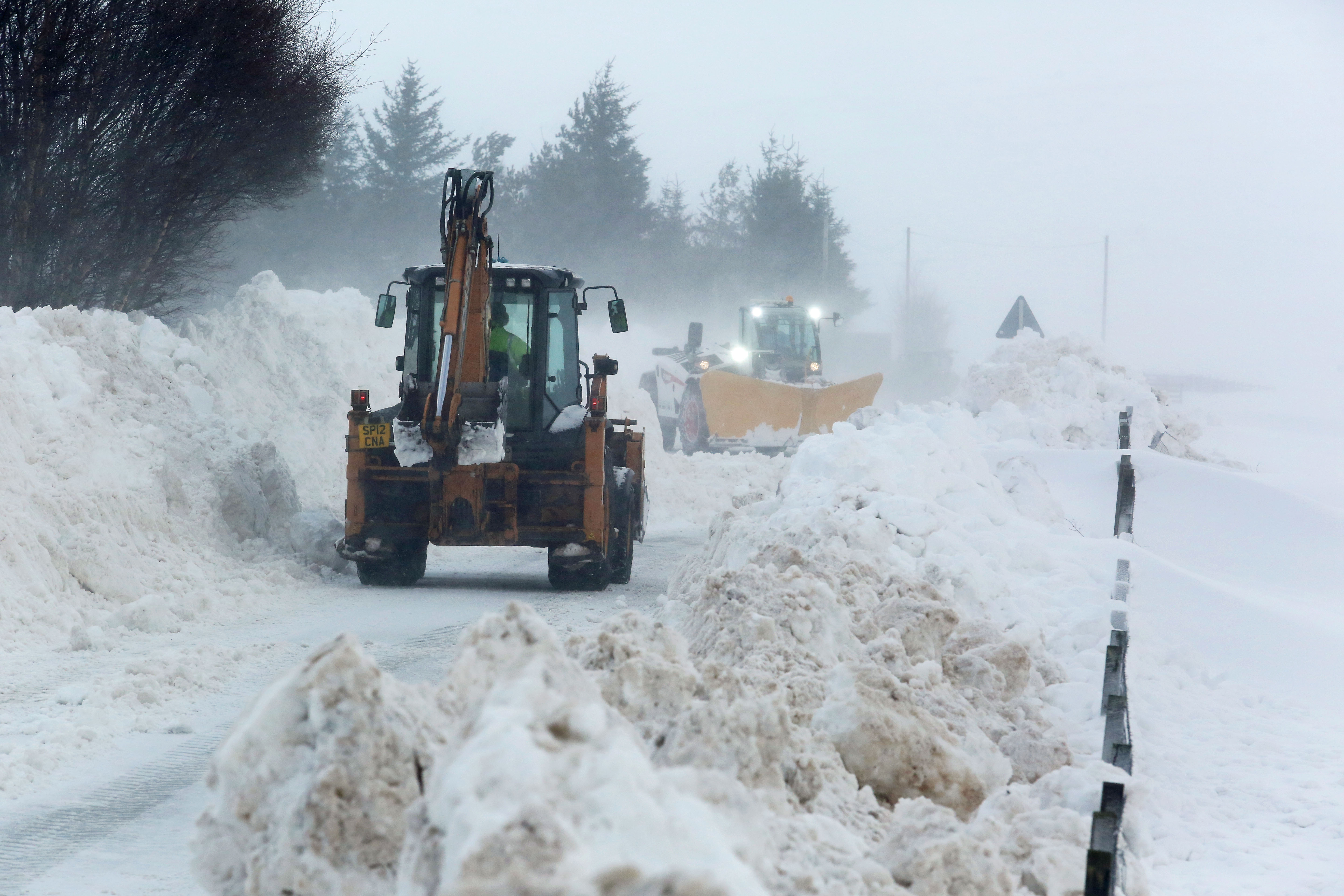 Workmen struggle to clear Scotland’s A939 where there were 8ft drifts on the roadCredit: Northpix

Where will Storm Darcy hit next?

Places affected by the amber warning and expected to be hit by Darcy include Norfolk, Suffolk, Essex and Kent.

Roads may become blocked by deep snow, with the possibility of stranded vehicles and passengers.

Cold air emanating from Russia and Eastern Europe will move across the UK over the coming days, bringing “significant” snow to parts of Eastern England and Scotland, forecasters said.

The South East will be particularly badly hit on Sunday and Monday, with 40-50mph wind gusts that could cause snowdrifts.

Daytime temperatures will stay in low single figures for much of the country, with some places staying below freezing and the bitter winds making it feel even colder.

Are there any weather warnings?

Easterly winds from the Ukraine and Black Sea area on Sunday will bring an intense chill but the air will not be as bitingly cold as it was with the Beast from the East in 2018, the Met Office said.

Amber weather warnings of snow which suggest there could be widespread travel disruption in parts of London, the east and south east of England have been issued by the Met Office for Sunday and Monday morning.

Warnings for rain, snow and ice are also in place on Saturday as snow showers could affect many northern and eastern parts of the UK.

Various warnings for snow and ice across the eastern length of Britain are in place until Wednesday.

Heavy disruptive snow is expected in south-east England along with 40-50mph wind gusts that could cause snowdrifts from Sunday through to Monday morning. 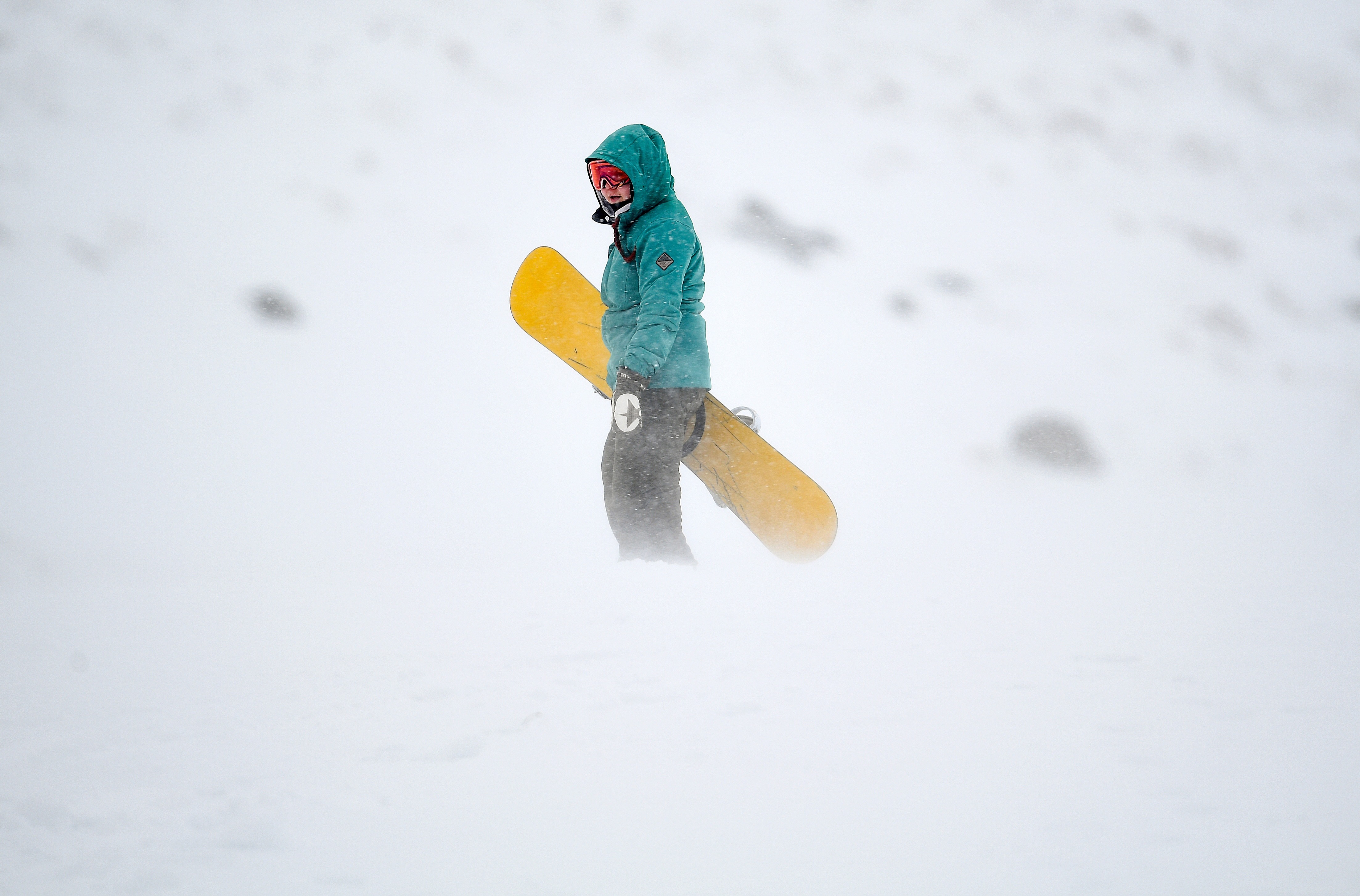 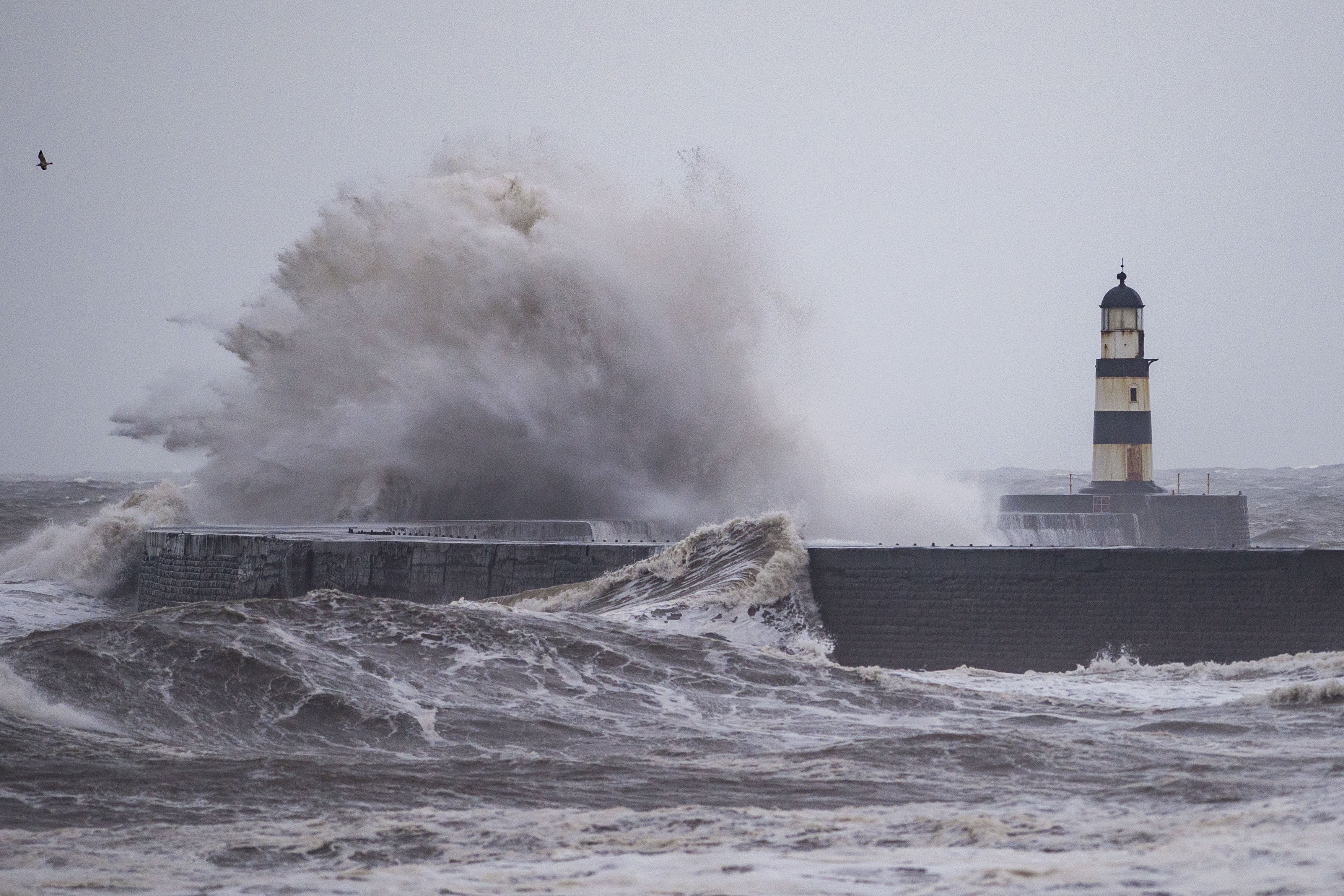 Met Office meteorologist Sarah Kent told The Sun Online that parts of Kent could see up to 30cm of snow tomorrow – with travel chaos expected.

She said: “Over the Kent Downs we could see as much as 30cm of snow tomorrow.

“It could be really nasty as we’ve got strong easterly winds which will cause significant drifting.”

She added: “We are only looking at significant snowfall tomorrow across the south east of England, so while we have these cold easterly winds it is not as widespread as the Beast from the East in 2018.

“Tomorrow’s events – the easterly winds originate from Ukraine and the Black Sea – eastern Europe – the air will be cold but it will not be as bitingly cold as it was back in 2018.”

Public Health England (PHE) has issued a cold weather alert for the whole of England from Saturday through to Wednesday.

Dr Owen Landeg, of PHE, said: “Cold weather isn’t just uncomfortable, it can have a serious impact on health.

“For older people and those with heart and lung problems, it can increase the risks of heart attacks, strokes and chest infections.

“So it’s really crucial at this time, especially ahead of a potentially very cold snap, to remember to check on frail or older neighbours or relatives, especially those living alone or who have serious illnesses.”

UK Covid deaths drop by a THIRD in a week as 828 more die and another 18,262 test positive