STORM Christoph is set to pummel the UK for a second day as the Met Office issues amber and yellow weather warnings until January 21.

Brits have been warned flooding could cut off towns and villages – and a major incident has already been declared in South Yorkshire over flooding fears. 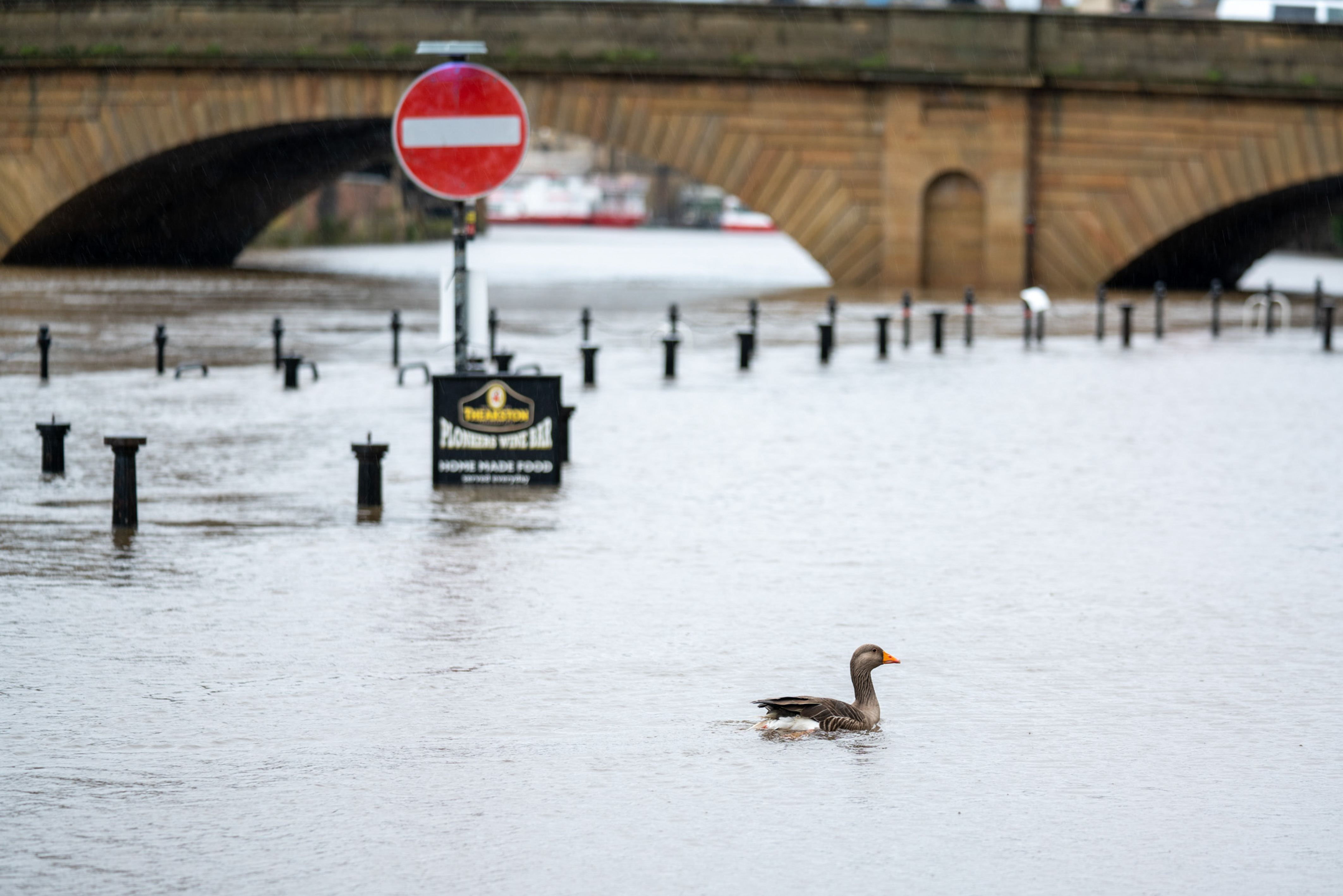 A duck swims in flood water in the centre of York after Storm Christoph brought heavy rain to many parts of the UKCredit: Mercury Press

Where is Storm Christoph now?

Most of the country is expected to be affected by Storm Christoph batters the nation.

Only northern mainland Scotland is expected to be unaffected.

The Met Office issued an amber warning for rain between Tuesday, January 19, to Thursday, January 21, for central northern England – and the service says some towns could be cut off by the weather.

The caution covers millions living in and around Manchester, Leeds, Sheffield, Lincoln, Nottingham, Leicester and Peterborough.

The Met Office has issued a “danger to life” warning due to fast-flowing or deep floodwater, while there is a “good chance” some communities may be cut off by flooded roads.

Met Office forecaster Simon Partridge said the Midlands could be hit by up to 150mm of rain – more than double the monthly average of 73mm.

The northern Peak District and parts of the southern Pennines will be among worst-hit, with deep flooding predicted.

Chief Meteorologist Neil Armstrong said: “A wide area of rainfall will move across central parts of the UK on Monday evening and bring heavy rain for the following 36-48 hours.

‘’The rain will be heaviest across western facing hills, in particular parts of the southern Pennines and northern Peak District where we could see up to 120mm over the course of the warning period with 40-70mm of rain widely across the whole amber area.’’

What is Storm Christoph?

Storm Christoph is the third named storm of the 2020/2021 season and the first of this year, following Storm Aiden on October 30 and Storm Bella on Boxing Day 2020.

The criteria the Met Office uses for naming storms is based on the National Severe Weather Warnings service.

Storms will be named when they have the potential to cause an amber or red warning. 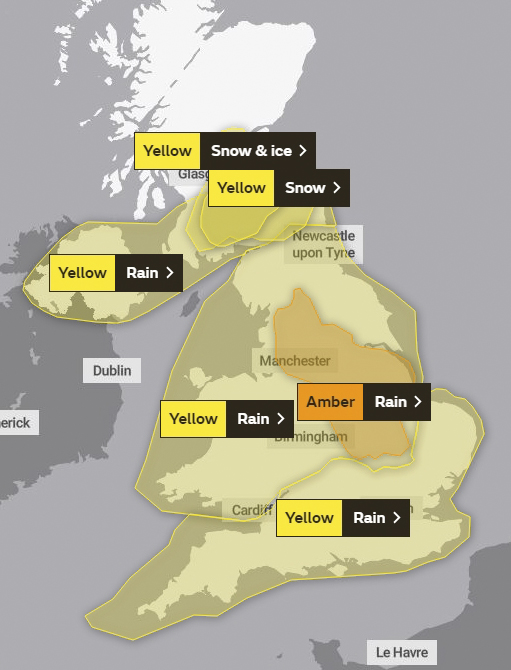 Yellow and amber weather warnings are in place across the UK on January 20Credit: MetOffice

Where will Storm Christoph hit next?

Most parts of the UK will experience heavy rainfall on January 20 and 21.

Yellow rain warnings will persist into Thursday, January 21, with more rain set to batter the UK.

The Met Office’s chief meteorologist Dan Suri said: “Following a cold spell where the main hazard was snow, our focus now turns to notably heavy rain moving across the UK this week.

“Some locations could see over 100mm of rain falling through the course just a couple of days, with up to 200mm possible over higher ground.

“These amounts of rainfall, along with snow melt present a real threat of flooding and people should keep a close eye on flood warnings.

“As the system moves away into the North Sea Wednesday night and Thursday morning, there will be strong winds along the east coast for a time.

Kevin Dimbleby pushes his car out of floodwater underneath the A46 at Six Hills in Leicestershire after getting stuckCredit: Alamy Live News

“Meanwhile, colder air coming southwards into the weather system brings the risk of further snow on the back edge of this system.

“Temperatures will gradually fall across the UK through the end of the week and into the weekend bringing a return to widespread overnight frosts.”

Is there a weather warning in the UK?

Amber heavy rain warnings have been issued across parts of England including Manchester, Leeds, Sheffield, and Peterborough.

The amber weather warning began at 6am this morning and will stay in place until 12pm on Thursday, January 21.

Brits in an amber warning area could see homes flooded, fast and deep-flowing flood water in the local area, disruption to roads and travel and even power cuts.

A wider yellow rain warning has also been issued by the Met Office covering the south of Scotland, Northern Ireland, northern England, the midlands and Wales.

On Monday, January 18, a major incident was declared in South Yorkshire after Storm Christoph threatened to bring torrential rain and flooding to the area.

Mayor of Doncaster Ros Jones told locals: “I do not want people to panic, but flooding is possible, so please be prepared.”

Sandbags have been handed out to people living in areas where flooding is expected.

Heavy rain combined with snowmelt across the hills could lead to flooding of roads and properties, with fast flowing flood water potentially posing a threat to life.